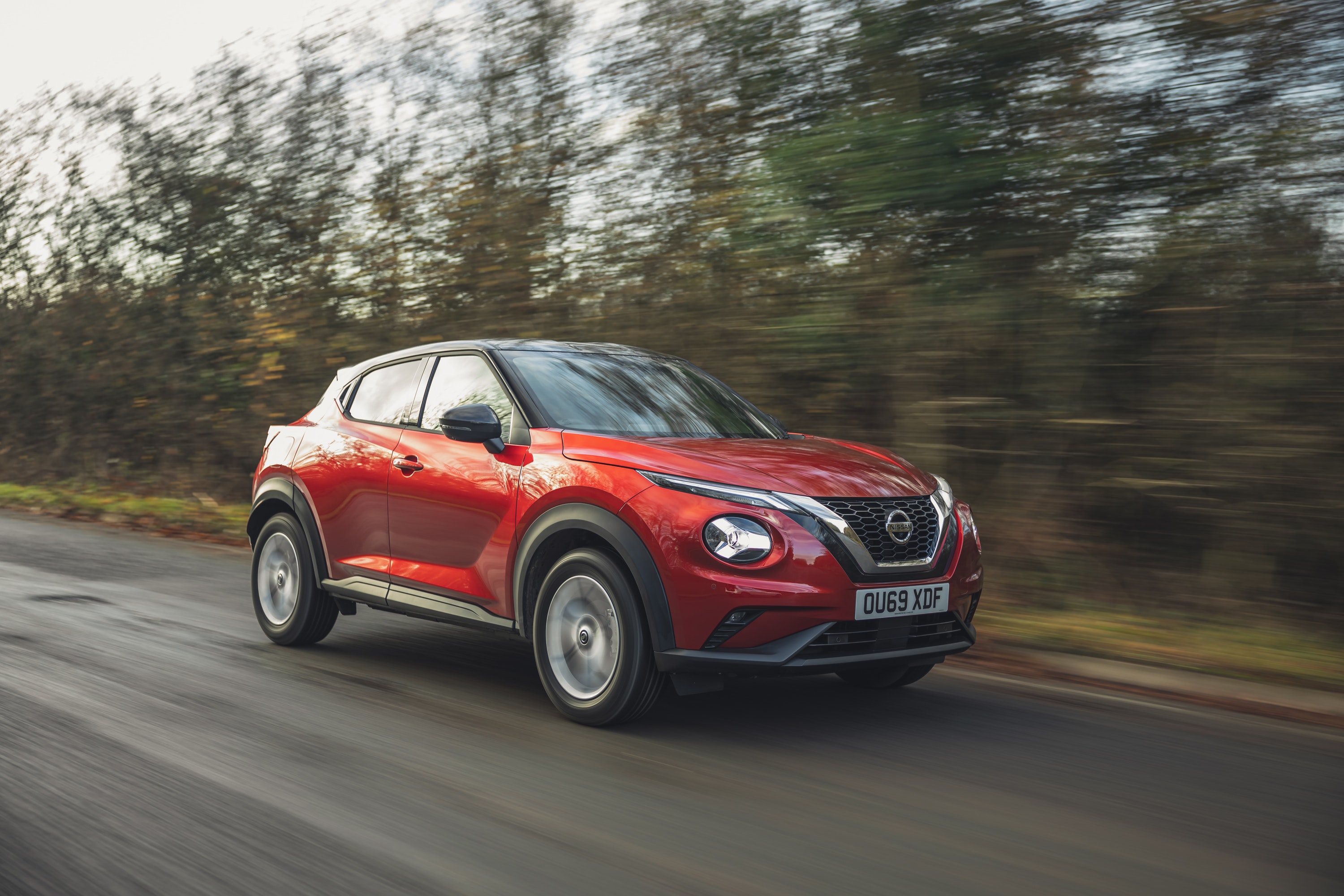 Nissan’s popular Juke is now available in the UK, but will this new version be as big a hit as its predecessor? Jack Healy finds out…

British drivers love the Nissan Juke. Since it was introduced in 2010, almost 300,000 units have been delivered to customers on our shores and it’s not likely to slow down with this all-new model.

After it originally joined the B-segment SUV market with just one other rival, the Juke now has more than 20 competitors – showing just how far the crossover market has progressed in just 10 years. 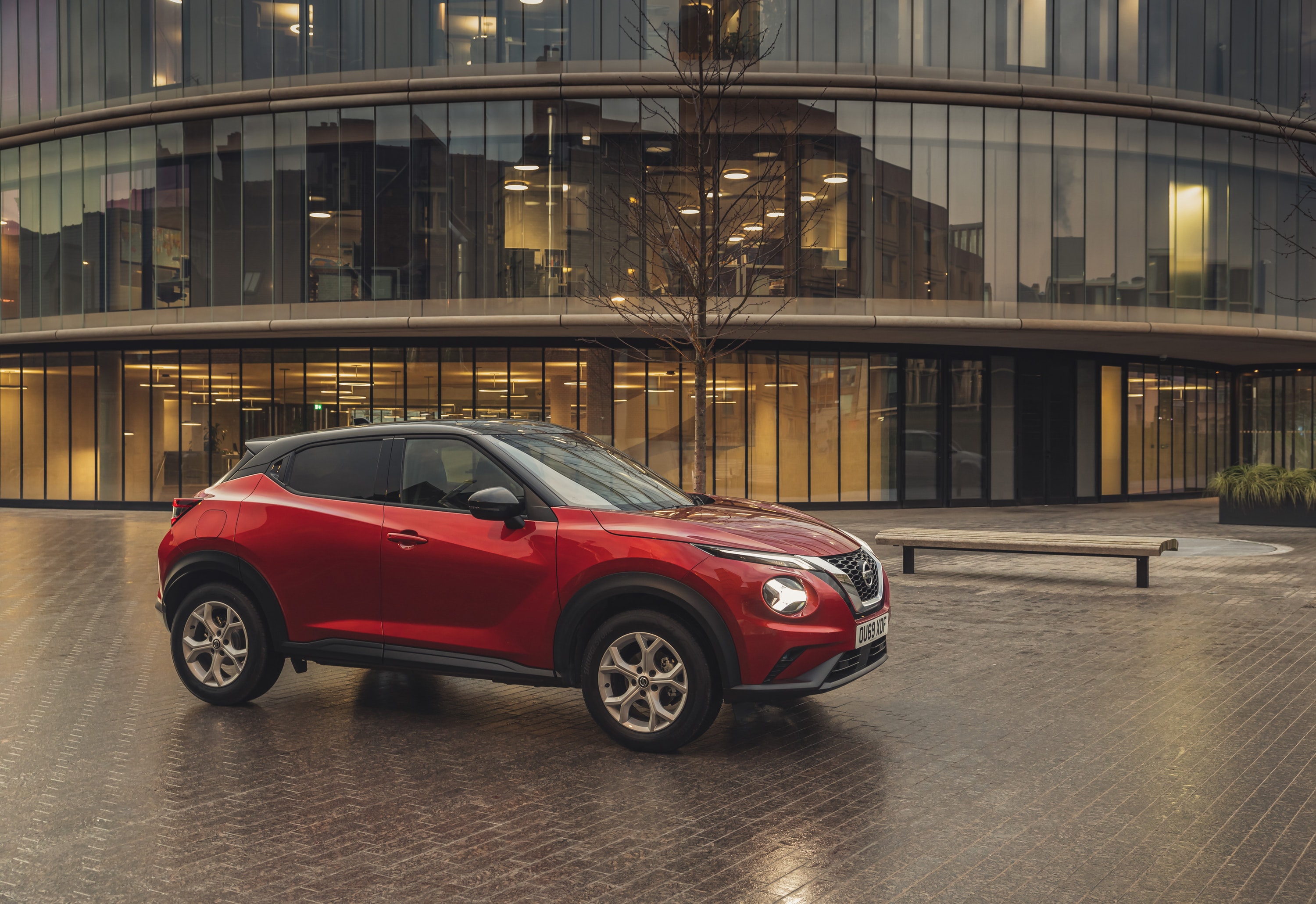 But with Nissan hoping the popularity of the Juke continues alongside the Qashqai, we find out if the new version is a good progression from the very sought-after first iteration.

Nissan has revamped the design so it’s not as bulbous, but it still stands out on the road. It’s larger than before too, with Nissan attempting to rectify the previous variant’s much-criticised lack of space.

Although the first version did come with some technology, this new option comes with the firm’s latest ‘ProPilot’ assistance systems seen on the Leaf and Qashqai, as well as an updated infotainment setup, digital instrument screen and semi-autonomous driving functions.

Nissan only offers the 1.0-litre DIG-T turbocharged petrol engine, which develops 116bhp and 200Nm of torque when in its self-dictated ‘overboost’ mode. It’s offered with the choice of a six-speed manual or seven-speed dual-clutch transmission – with the manual offering a quicker 0-60mph time of 10.2 seconds, compared to 10.9 seconds for the DCT. 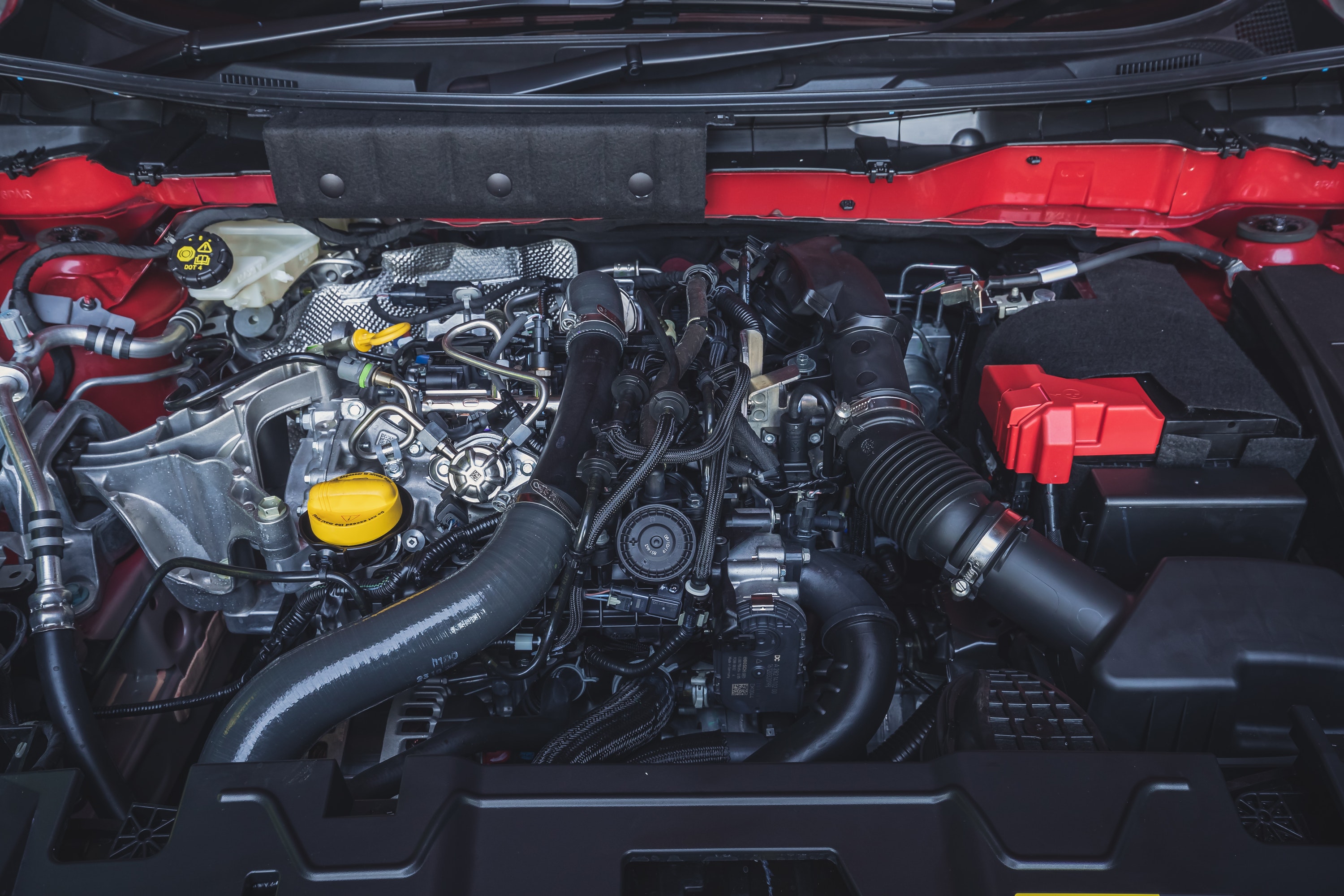 Having driven both considerably, we found the manual to be the better option for a more involving driving experience. Although it wasn’t exactly quick with either ‘box, the shift of the manual was rather short, and it felt smooth. But if you’re after a more relaxed drive, the DCT will do just fine – with its selectable Sport mode improving the engine’s responsiveness.

This new Juke is much improved in terms of driving, but still isn’t the most exciting crossover to drive. It has rather weighty steering and although there isn’t a lot of feel, it’s easy to place on the road. That heavier steering doesn’t affect the Juke’s characteristics around town, as you’re able to get around tighter streets with ease. 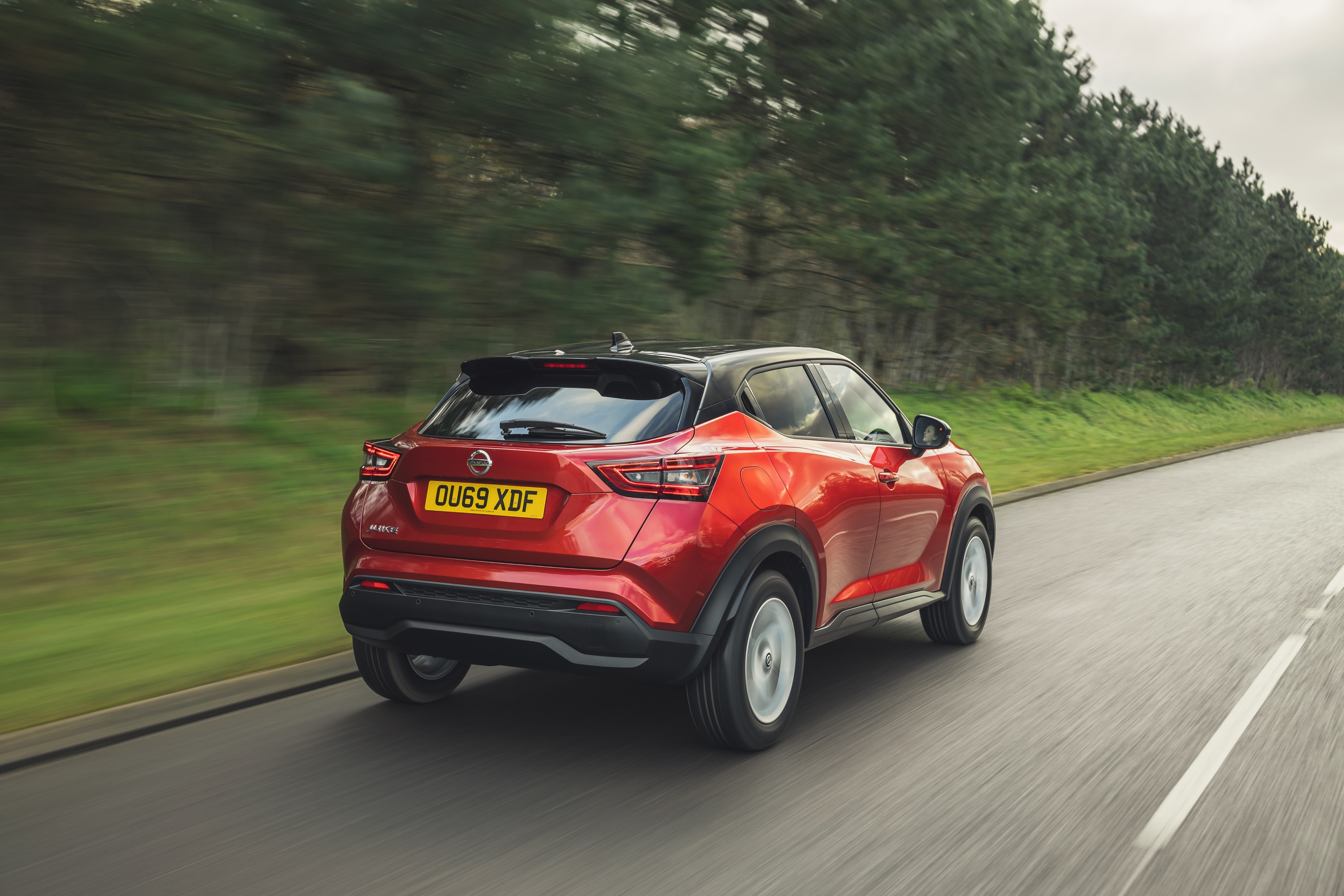 Visibility out of the windows and mirrors is good, while the overall experience and refinement is up to a decent level as well – although wind noise does enter the cabin at higher speeds. The top-end Tekna+ model we tried sported 19-inch alloy wheels, and they manage to not compromise comfort for style too much – something many crossover drivers will appreciate.

The ride on British roads can be a bit sharp at times, with road imperfections transferred into the cabin fairly regularly in Sport mode. But that shouldn’t put you off if you go for a smaller wheel size.

The Juke was introduced as something outlandish. Something to stand out from the crowd. Well, depending on who you talked to, it either did that very well or was one of the ugliest cars around. This new version should be less divisive – although there are some aspects that are similar to before. 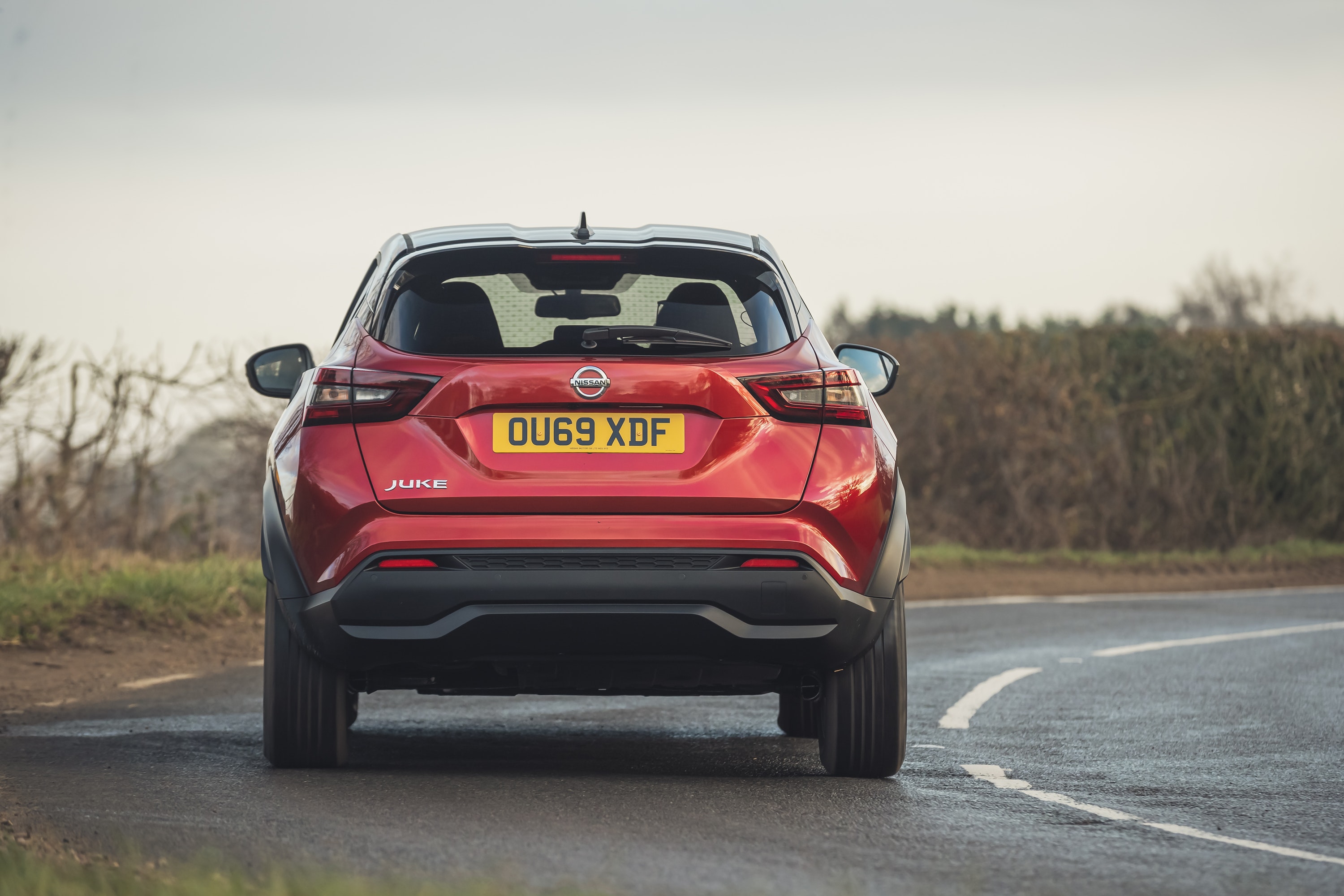 The coupe-like roofline remains, while the separate LED daytime running lights and headlights are also similar to before – although their designs are much changed. The face is now in-line with the rest of the Nissan range, while the back of the car is rather simple in comparison. The wheel designs chosen are also quite cool, with the 19-inch models on the Tekna+ a particular highlight.

One of the main issues with the last Juke was its interior space. The sloping roofline limited headroom and legroom wasn’t up to scratch. Nissan has made a concerted effort to changing that here, and on the whole, it has. Although taller people will struggle to fit in the back for an extended period, it does feel roomier than before – benefitting from the new car’s longer wheelbase. 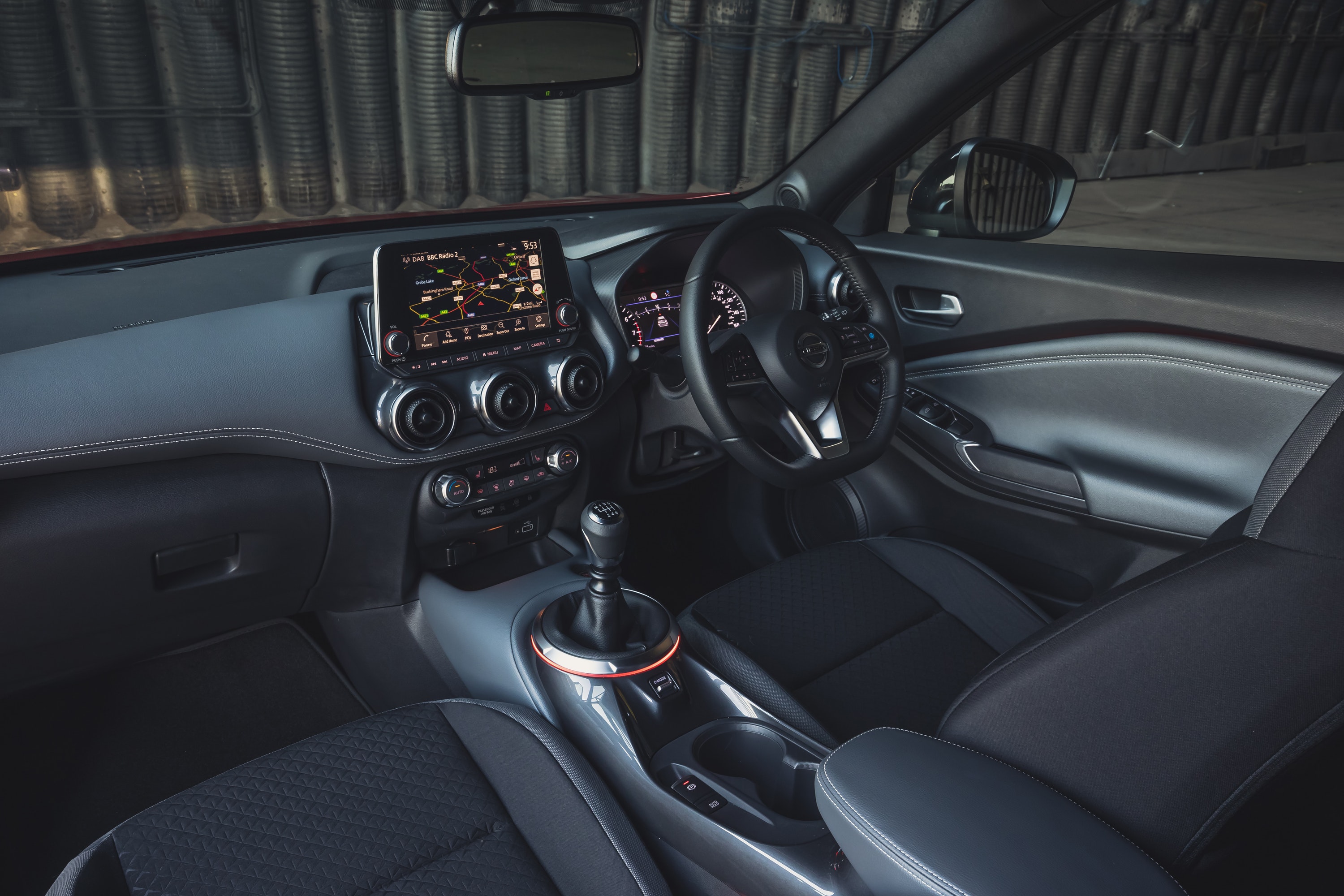 Nissan has also improved the overall storage space, with the boot opening much wider and the space itself much bigger at 422 litres – 20 per cent larger than before. The quality of the finish is much improved as well, with the top-end Tekna+ coming with plenty of leather and Alcantara for a more premium-focused edge. 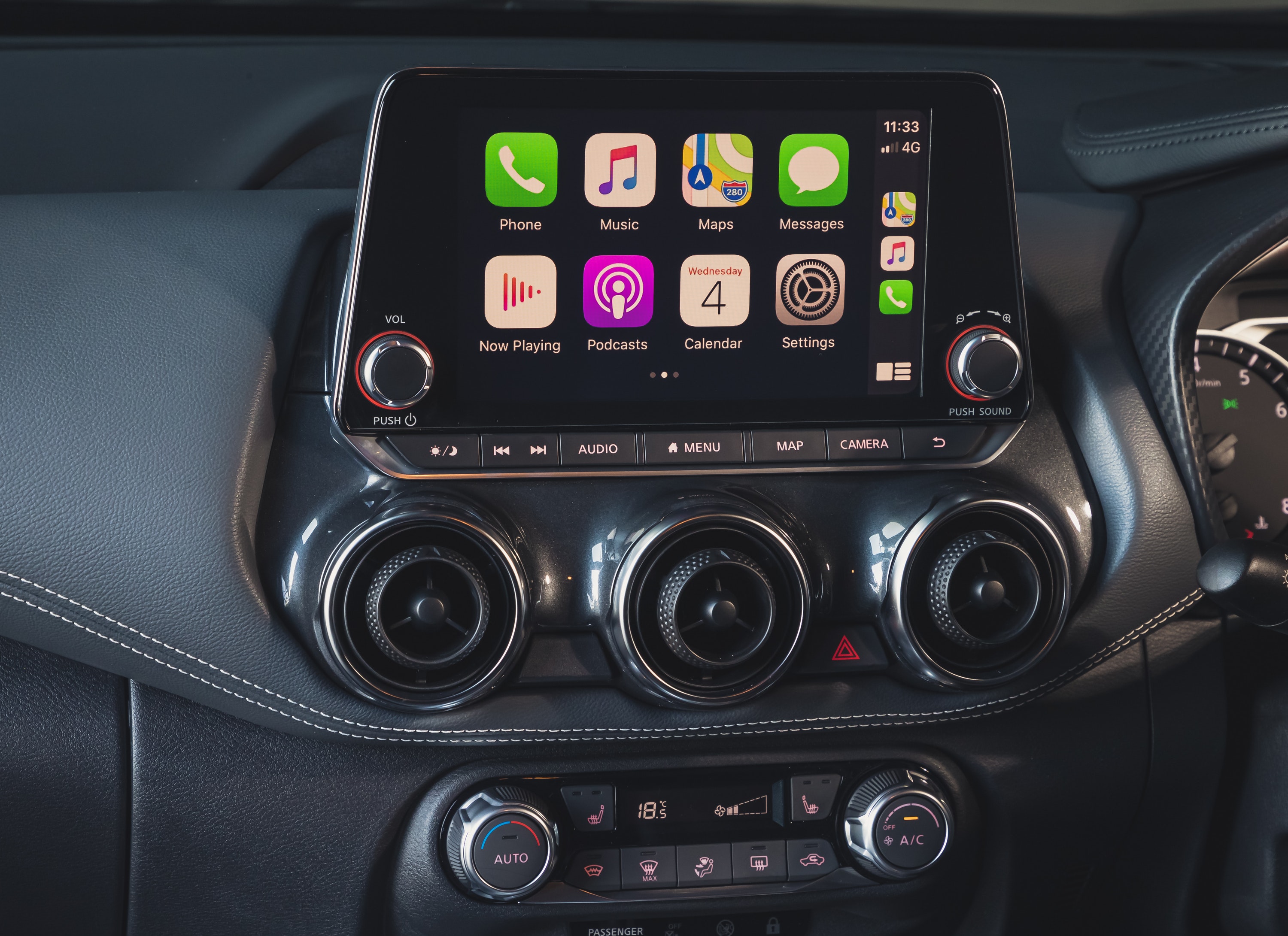 With the top-spec Tekna+, customers get the full choice of customisation options for both the interior and exterior. There’s the choice of two-tone dashboards alongside the dual-colour bodywork, with both having plenty to choose from too. This top-end model also features 19-inch alloy wheels, an eight-inch infotainment touchscreen, a seven-inch TFT display and a rear-view camera – with most of those added further down the trim levels.

Following on from the success of the first generation, Nissan has set itself up for more of the same with this new version. Although it may not be the most exciting choice of car, this Juke manages to be nicer to drive, better in quality and more spacious.

The looks – for our eyes, at least – are less divisive than before and the interior finish is also up to a higher standard. We did find the automatic transmission to be a bit sluggish and we’d prefer a bit more punch from the sole engine option – as well as another powertrain choice, though that’s all but certain to happen eventually.

On the whole, though, Nissan can be proud that this Europe-focused model can definitely hold a candle to its closest market rivals.