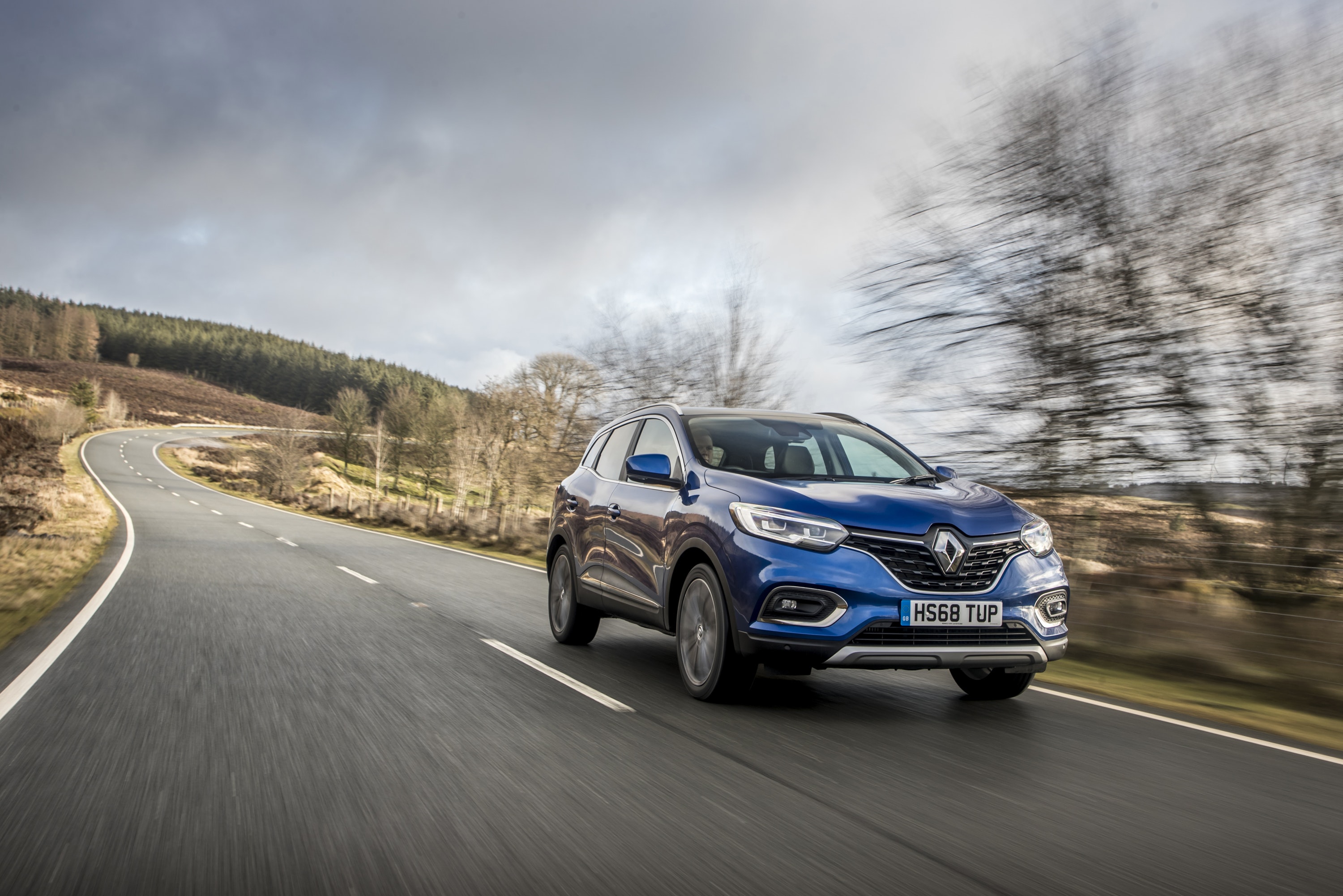 UK Drive: The Renault Kadjar is a stylish and affordable crossover

Can subtle updates ensure the Renault Kadjar remains as appealing as ever? Ted Welford finds out…

UK Drive: The Renault Kadjar is a stylish and affordable crossover

Given the success that Nissan has had with its Qashqai, it wasn’t a huge surprise when sister brand Renault decided it too would begin making a mid-size crossover – the Kadjar. 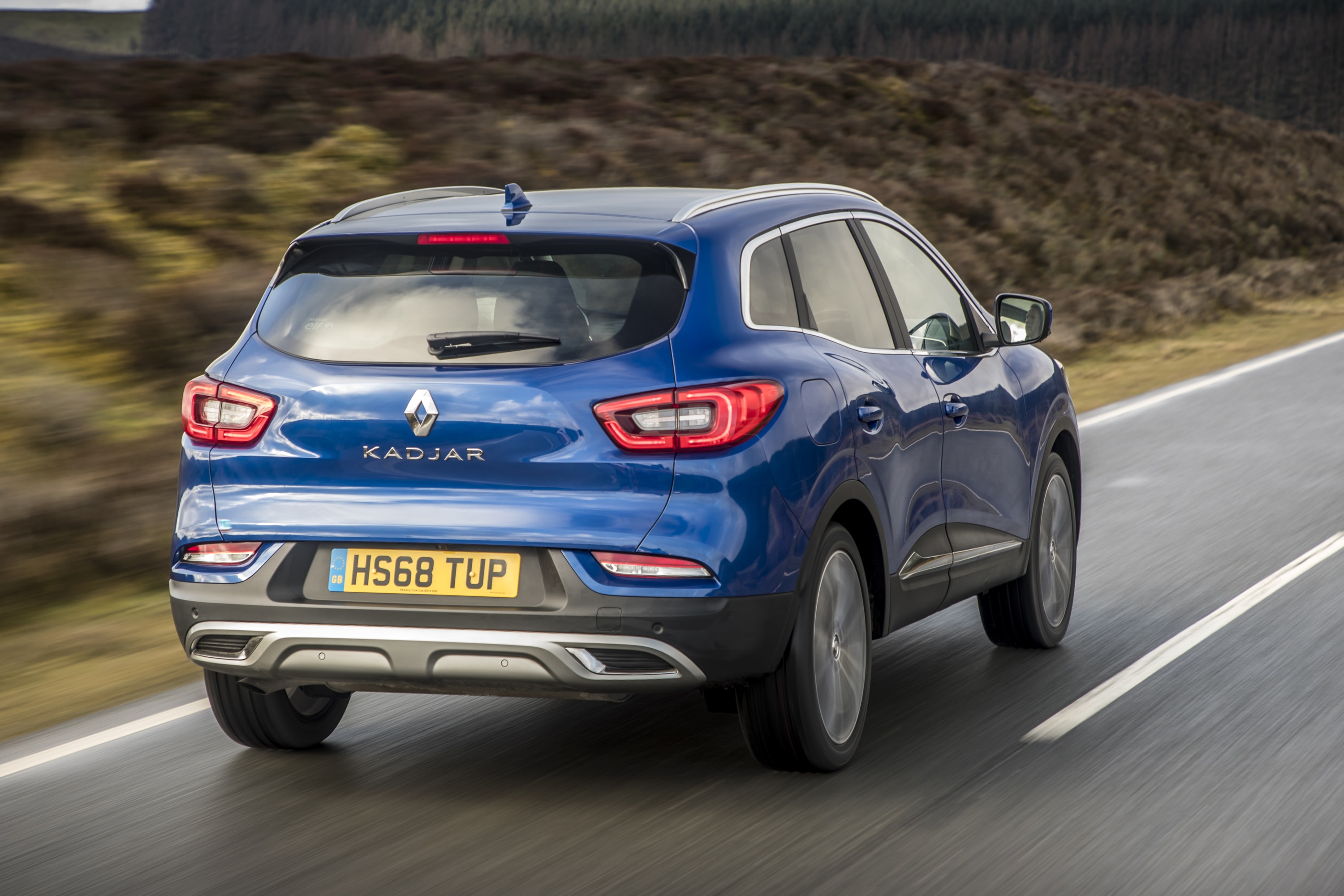 This model debuted in 2015 as a larger version of the best-selling Captur and has gone on to become one of the French firm’s most popular cars.

Known for its sharp styling, great value and practicality, Renault is aiming to build on that with a mid-life facelift – helping to keep the Kadjar apace in this crowded class.

Engine changes are some of the key differences for the new Kadjar, with the new model now coming with a pair of 1.3-litre petrol engines. A new 1.5-litre diesel unit also joins the range.

Renault’s ‘EasyLife’ trim policy has also been implemented on the Kadjar (as with the rest of the Renault range), which essentially means there’s a reduced number of trims and engines to choose from – helping to make the buying process simpler.

Under the bonnet of our Kadjar is one of the new 1.3-litre petrol engines – in this case producing 158bhp and 260Nm of torque. Badged as the ‘TCe 160’ (a TCe 140 is also offered) it’s the most powerful petrol you’ll find in the Kadjar, though don’t go thinking this is any attempt at a performance SUV.

The sprint from 0-60mph takes a respectable 9.7 seconds, and it would continue onto a claimed top speed of 130mph. The engine itself is refined, while the six-speed manual gearbox is surprisingly good to use for a crossover.

The only slight grimace is that this engine isn’t the most efficient – returning a claimed 42.8mpg and CO2 emissions of 136g/km. It’s far from being thirsty, however, with the 1.5-litre diesel engine is one of the cleanest in its class, that could be a better option than this new 1.3-litre engine.

The Kadjar remains a pleasant car to drive, and it’s also one of the more enjoyable vehicles in its class. The steering has a bit more weight to it than what’s typically found in most crossovers, meaning that there is scope for it to be a decent amount of fun on a twisty back-road. 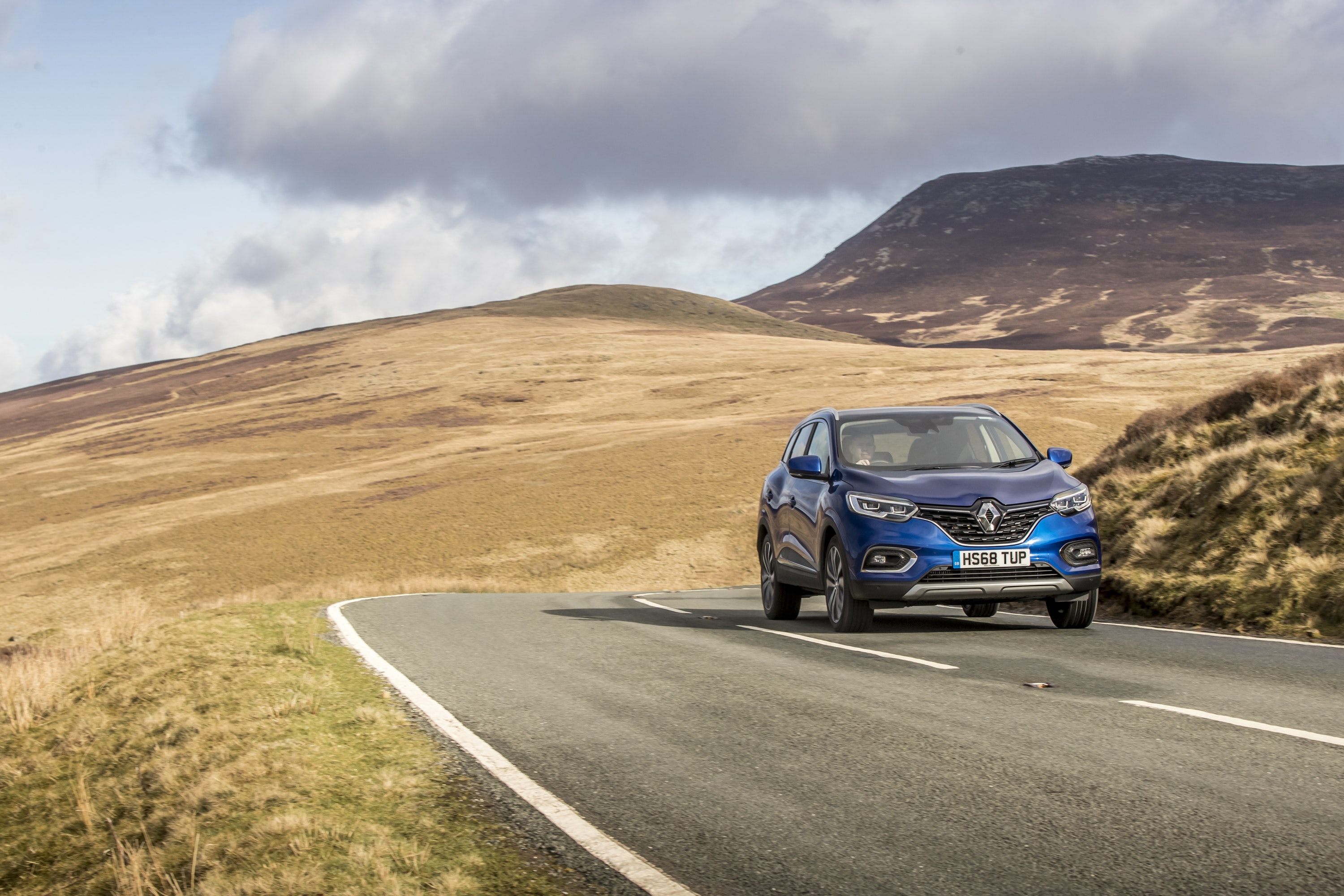 The new turbocharged 1.3-litre engine is also a great addition – particularly in ‘160’ form – where it’s surprisingly eager, but equally refined at motorway speeds when cruising.

But, sitting on 19-inch alloy wheels, the ride on the Kadjar is disappointing. It’s fine once you’re up to speed, but around town and at lower speeds, it feels needlessly harsh. These huge alloys are fitted to all but the entry-level model (it gets 17s) so that could be the one to go for if you’re looking for something comfortable.

Renault says that the styling of the original Kadjar was the pivotal reason why many buyers chose to spend their money with the French firm, and it’s easy to see why. 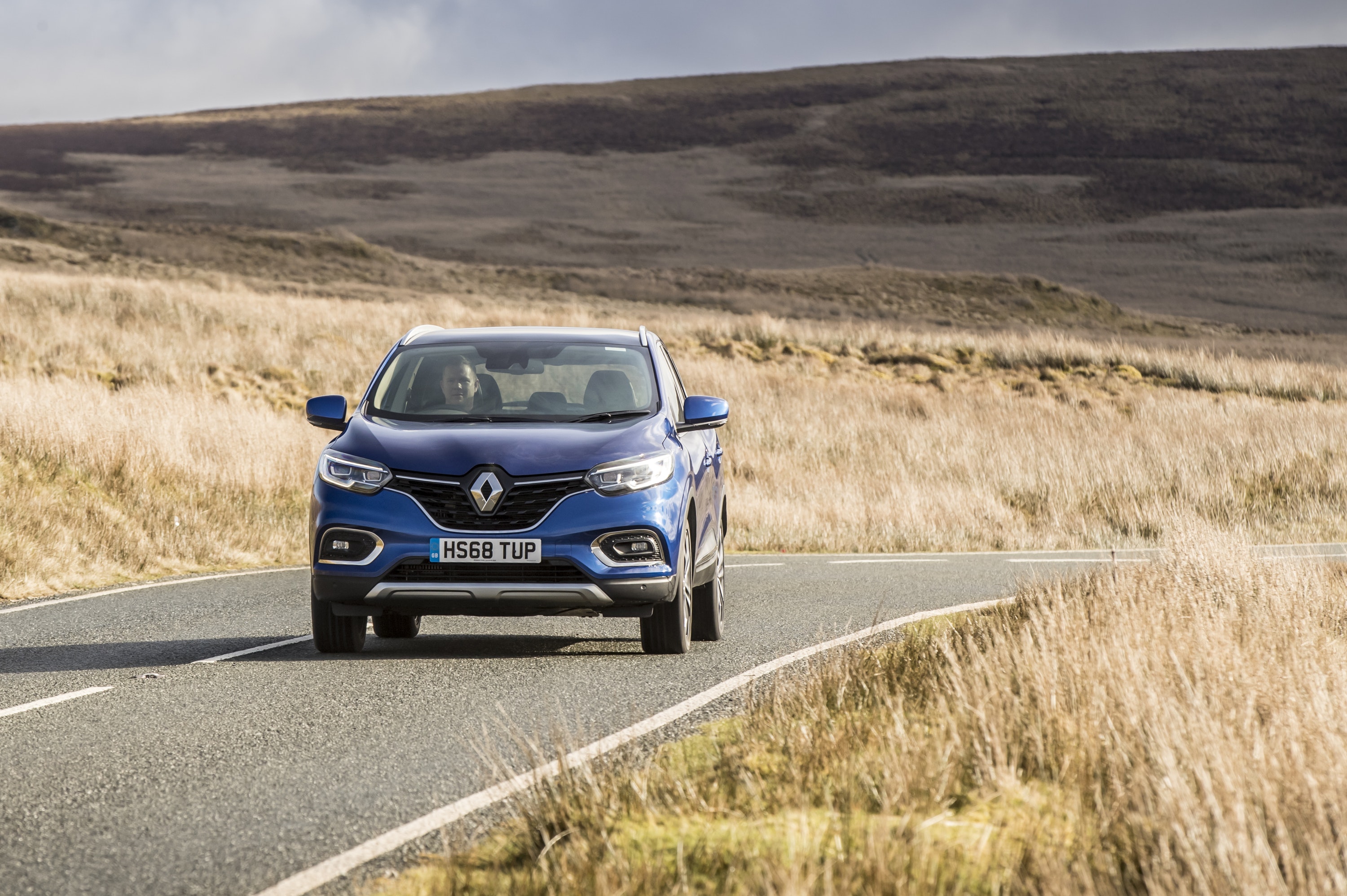 This latest facelift has taken things a step further, with key differences such as the larger front grille and revised headlights making the Kadjar standing out even more than before. Renault’s distinctive ‘C-shape’ lighting signature, which appears at the front and rear, is also another excellent cue.

While looks are always subjective, we’d argue that the Kadjar is one of the best-looking cars in its class. Renault is also going from strength-to-strength in terms of design, too,  as evident on models such as the brand-new Clio and Captur.

It’s inside where Renault has made the fewest noticeable changes, though there are some – a revised button layout, larger door pockets and more supportive seats, for example. 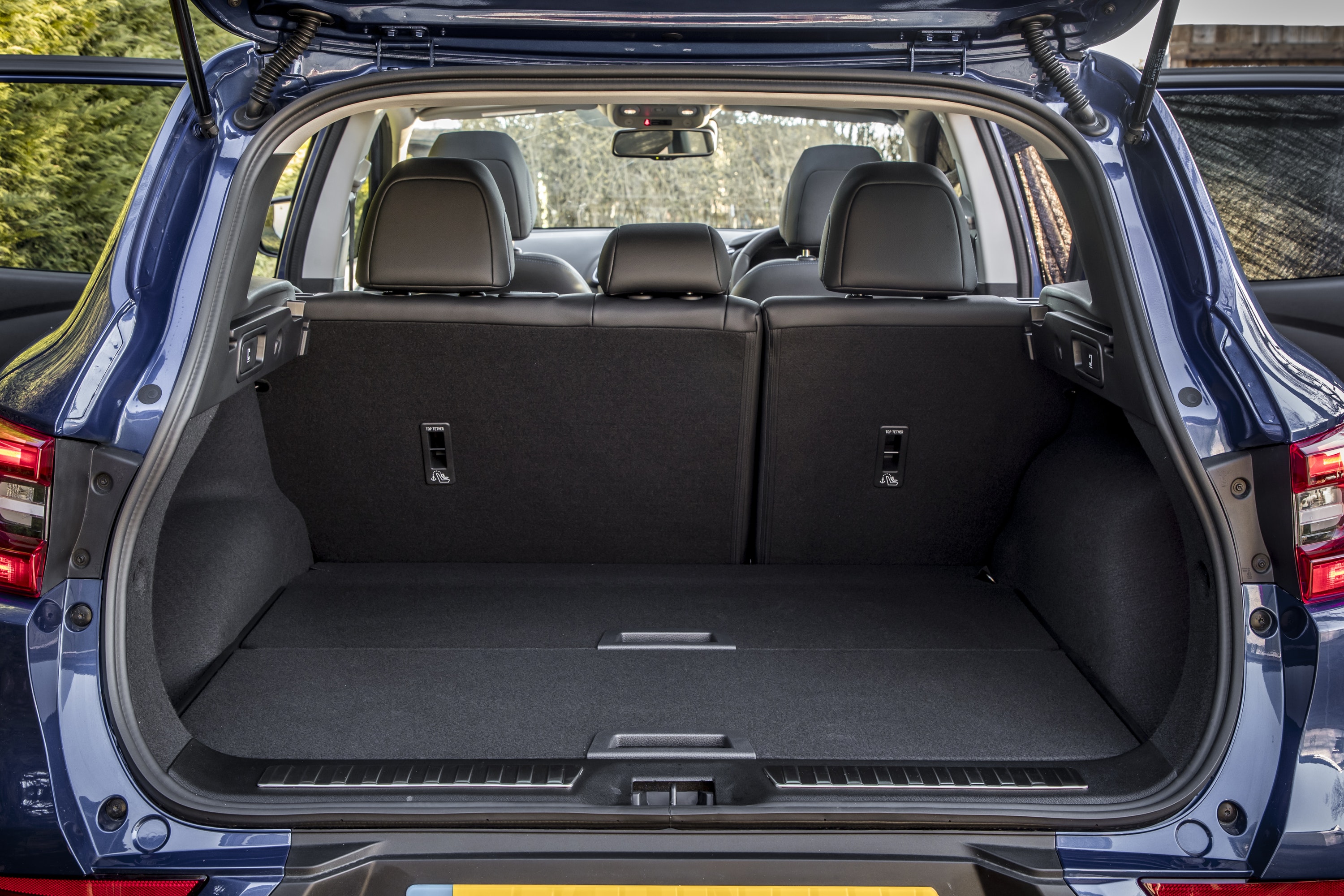 Overall, it feels similar to the last car, but that’s no bad thing with the Kadjar offering an interesting and modern-feeling cabin, as well as great visibility – making this an ideal family car. The minimalist layout is also cleverly thought through – getting rid of unnecessary buttons but ensuring core functions – e.g changing the climate control – remain on dials, rather than fiddly touchscreens. 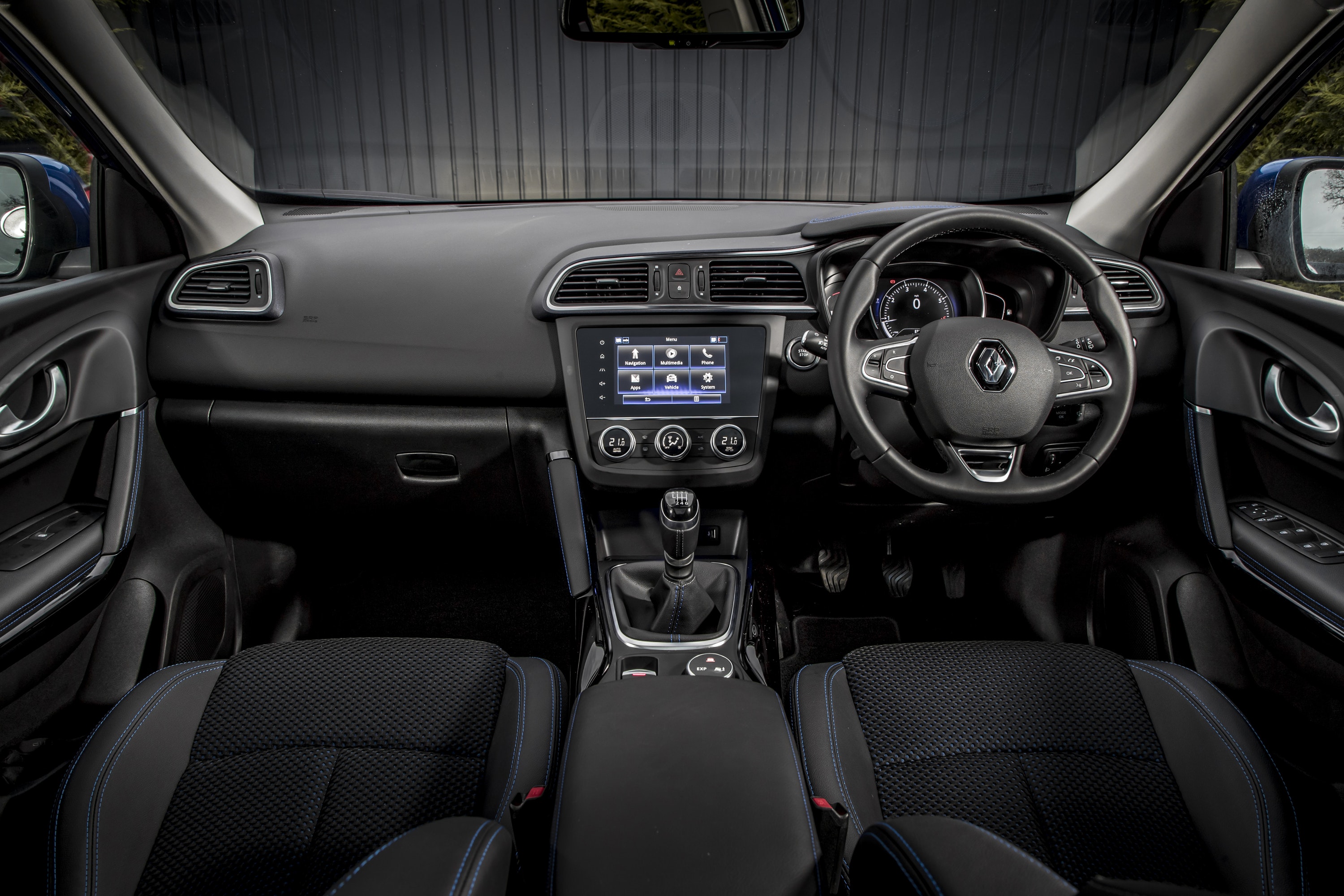 It’s only really the Kadjar’s infotainment unit that lets the cabin down, with its graphics and breadth of abilities being overshadowed by multiple rivals.

The Kadjar has always been known for offering great value, and that continues with the facelifted version. 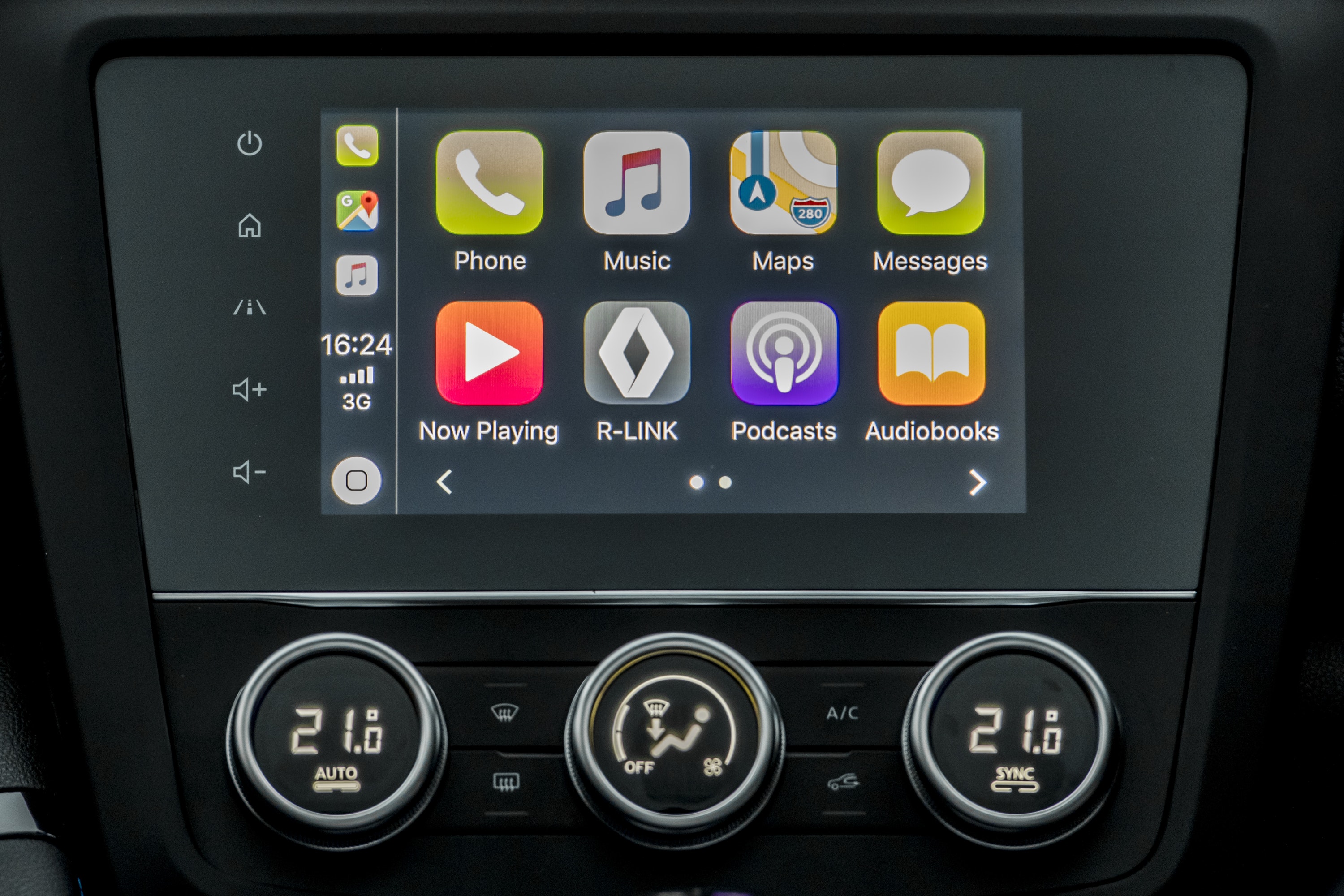 The mid-spec Iconic is the pick of the range, adding 19-inch alloy wheels, keyless entry and satellite navigation, with our Iconic car offering great value at £23,550 – including metallic paint.

Meanwhile, S-Edition brings LED headlights and a panoramic sunroof, with the flagship GT-Line bringing leather seats, a 360-degree camera and blind-spot warning. Even flagship versions barely exceed £30,000, while the Kadjar is also offered on low-price finance deals – making it an even more appealing.

Renault has taken what was great already about the Kadjar already – its styling and great value – and improved this further thanks to a simplified range and an appealing line-up of new engines.

In this crowded crossover field, it remains a very appealing model, and is only really let down by the disappointing ride quality. Though, opting for the entry-level model with its not so flashy rims should alleviate this concern.