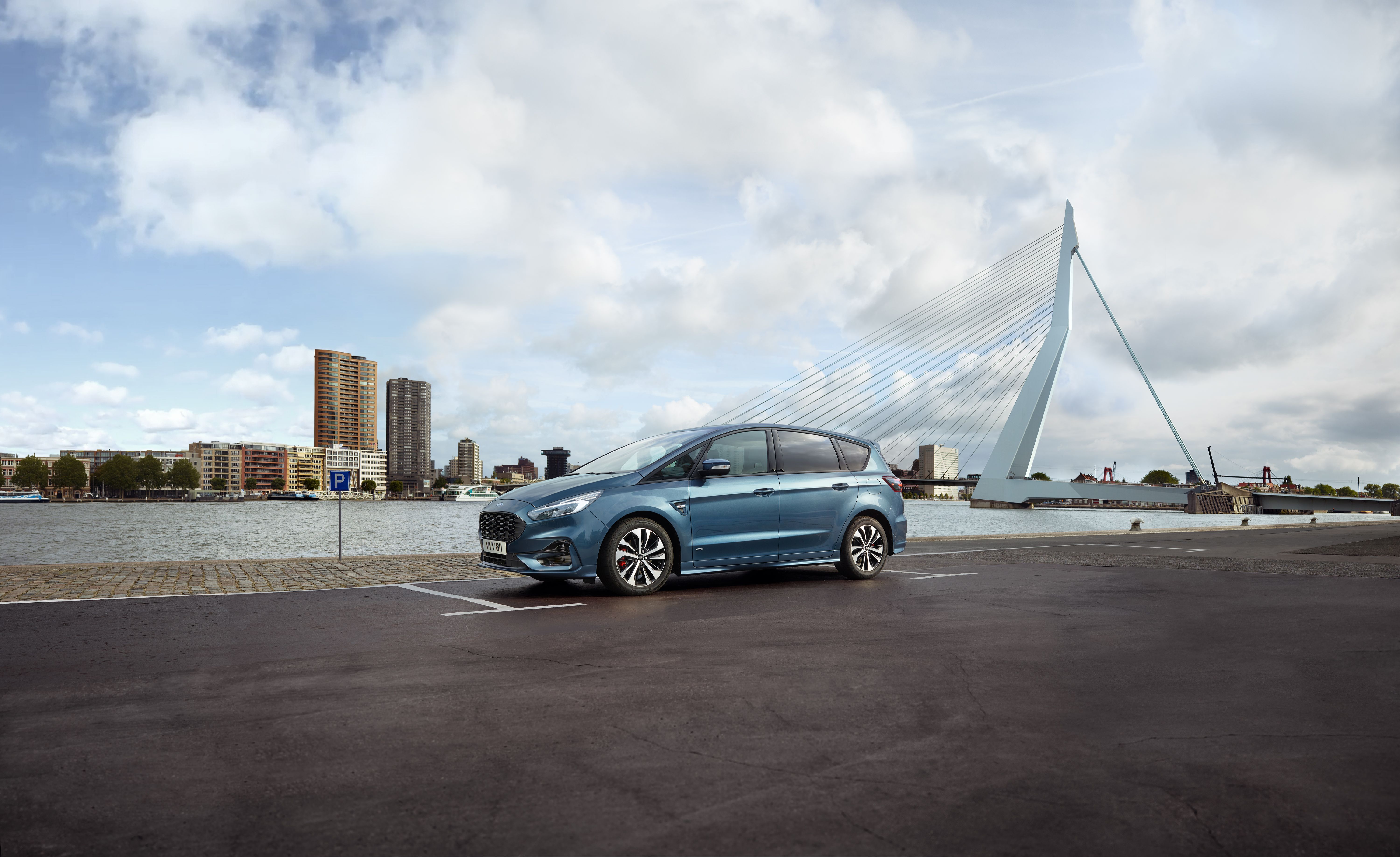 UK Drive: The Ford S-Max Vignale is a compelling alternative to an SUV

Ted Welford tests Ford's latest S-Max to see if it's good enough to stand-up against the increasing numbers of SUVs.

UK Drive: The Ford S-Max Vignale is a compelling alternative to an SUV

A few years ago, if you had a larger family and wanted a practical family vehicle, an MPV was the obvious choice, with plenty of manufacturers having offerings in this sector.

But over time as the SUV has grown in popularity and it’s been grabbing sales left, right and centre off the MPV market – meaning several manufacturers have simply stopped producing models in this sector.

But Ford is one of those that hasn’t. Sure, it might have culled the B-Max and C-Max from its line-up, but the larger S-Max and Galaxy seven-seaters still prove to be popular – especially when Ford fails to offer any SUVs with a third row of seats.

To help with sales, Ford’s recently updated the S-Max, but can it ensure that it offers appeal to SUV-loving buyers?

To call the updated S-Max a facelift is perhaps a bridge too far, as this is a rather mild update to say the least.

Most noticeable about the new model is its revised front grille, which now stands out more than ever thanks to the additional chrome-effect trim dotted all around the exterior – more so in the Vignale.

Further features include new 18-way electric seats, something which Ford save been approved by the German Campaign for Healthier Backs, while FordPass Connect – something that brings an in-built Wi-Fi hotspot is now available across the range. 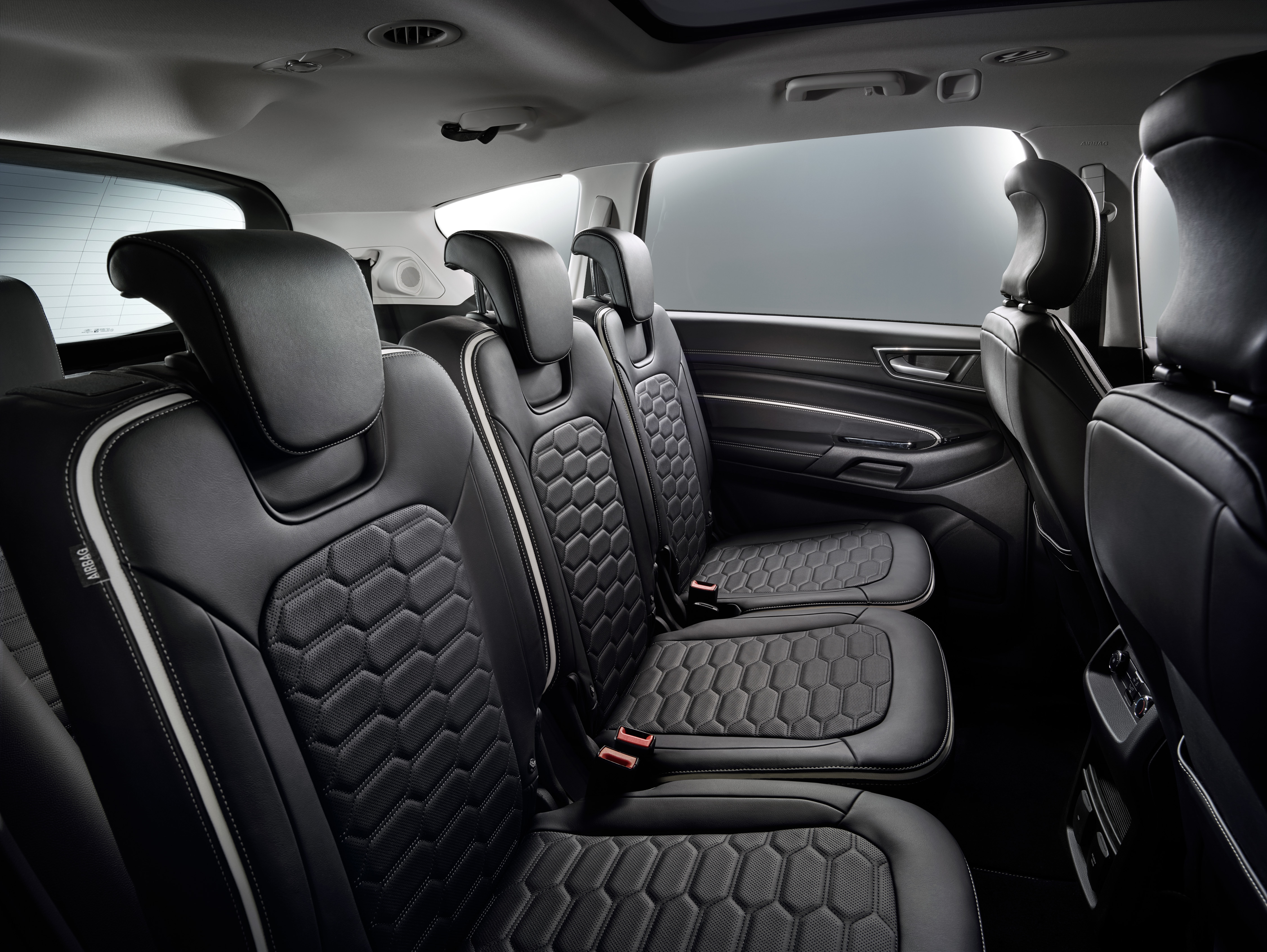 In recent months Ford has streamlined its engine range noticeably – leaving just one 2.0-litre EcoBlue diesel engine that’s offered with outputs of 148bhp and 187bhp. The former is available with a six-speed manual gearbox or an eight-speed auto, but with the latter you just get the automatic transmission.

Here we’re trying the more powerful 187bhp version, which delivers its power to the front wheels - though an all-wheel-drive configuration is available for money.

While not being a byword for performance, this engine feels plentiful – allowing for a 0-60mph time of 10.3 seconds and a top speed of 128mph. It’s reasonably efficient, too, for a large MPV – returning up to 47.9mpg, with CO2 emissions of 151g/km.

From next year Ford is set to launch a new hybrid version of the S-Max, which will offer improved economy and efficiency over this diesel, and will be the first model in its segment to be offered with such powertrain.

Being a large seven-seat MPV, it’s not surprising that driving enjoyment isn’t at the centre of the S-Max’s priorities. That said, it’s far better drive better than rivals from Renault and Citroen, offering a bit of extra security and confidence on the road. It also feels smaller to drive than it is, which is a great asset.

But it’s refinement and comfort where the S-Max scores points – making it a remarkably comfortable model to travel for long distances in. Admittedly, our top-spec Vignale model’s 19-inch alloy wheels made the ride a touch firm at times, though this doesn’t detract from the overall package. One of the few gripes with the model is its tendency to spin the front wheels, even under relatively light acceleration – something that’s worsened with the more people you have on board. The all-wheel-drive version should solve this issue, though we’re yet to try it to see for sure…

One of the downfalls of the MPV market has been their bubbly styling, which can’t offer the same rugged appeal that buyers of SUVs get.

But with the S-Max Ford seems to be fighting back, as this is a stylish and sleek people carrier that hides its size well when it comes to its styling. The new front end has also improved the formula, too, while also helping to differentiate it from the pre-facelift model.

There are also four distinctive looks for each  trim levels, with our flagship Vignale adding in a dose of bling with its chrome 19-inch alloy wheels, as well as the satin chrome accents and imposing front grille, which features a distinctive ’flying V’ pattern.

Spaciousness and versatility are absolutely key on MPVs, and the S-Max certainly doesn’t disappoint.

While not being quite as vast as its larger Galaxy sibling, there will be few complaints when it comes to space. Even the third row of seats is a decent size for adults, though you wouldn’t want to spend too long back there as it can soon feel uncomfortable with the seats bolt upright. Another asset is the electrically folding seats, which can drop at the touch of a button. Should you fold the second and third row of seats, the space is truly vast, with 2,200 litres to play with. 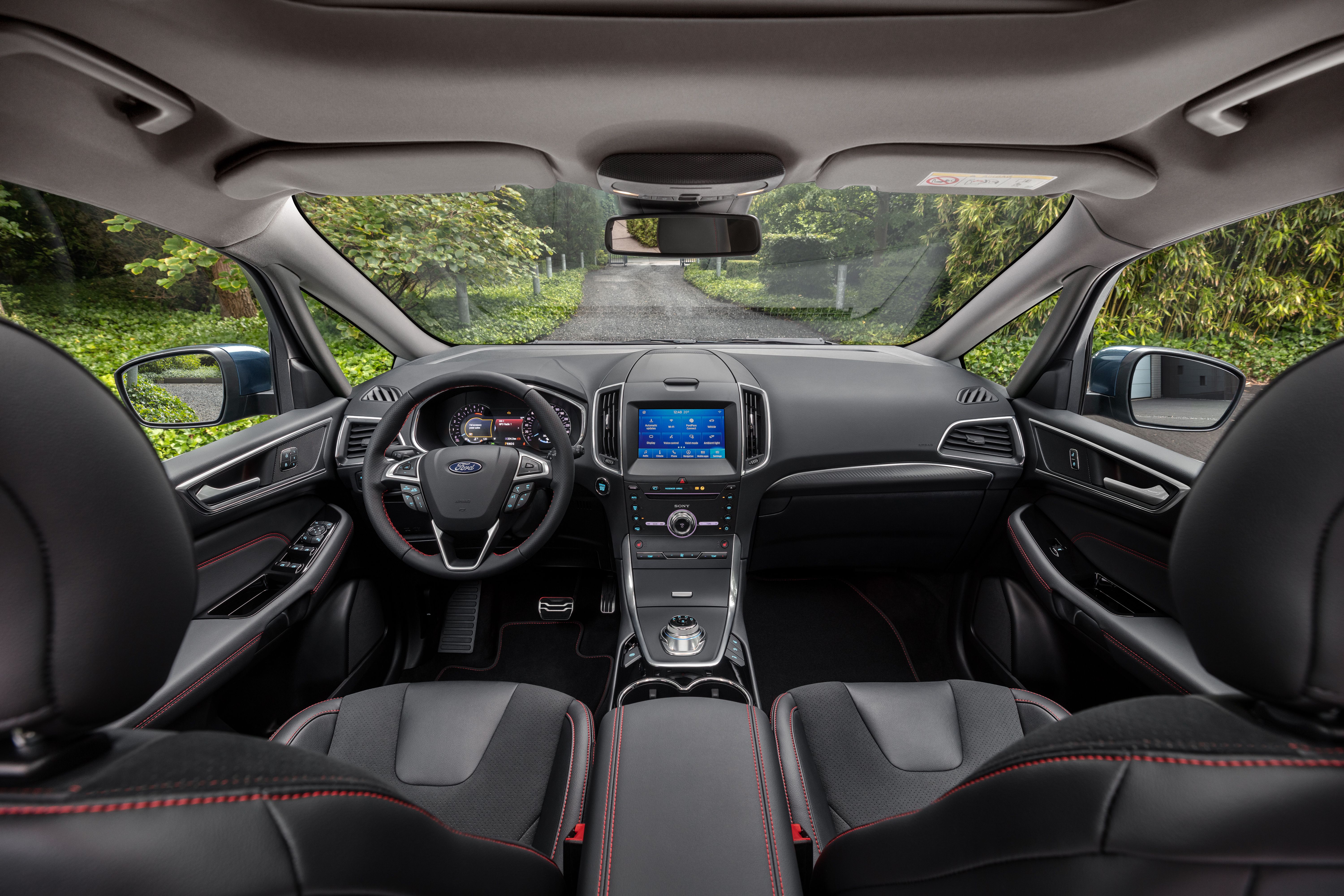 There are also plenty of creature comforts throughout the cabin, while the touchscreen is simple to use. One of our few gripes is with the main centre console, which feels outdated with a rather cheap feeling to it.

The S-Max isn’t one of the cheapest seven-seaters on sale, though with prices starting from £30,490 for a punchy, well-equipped model, it feels decent value for money. 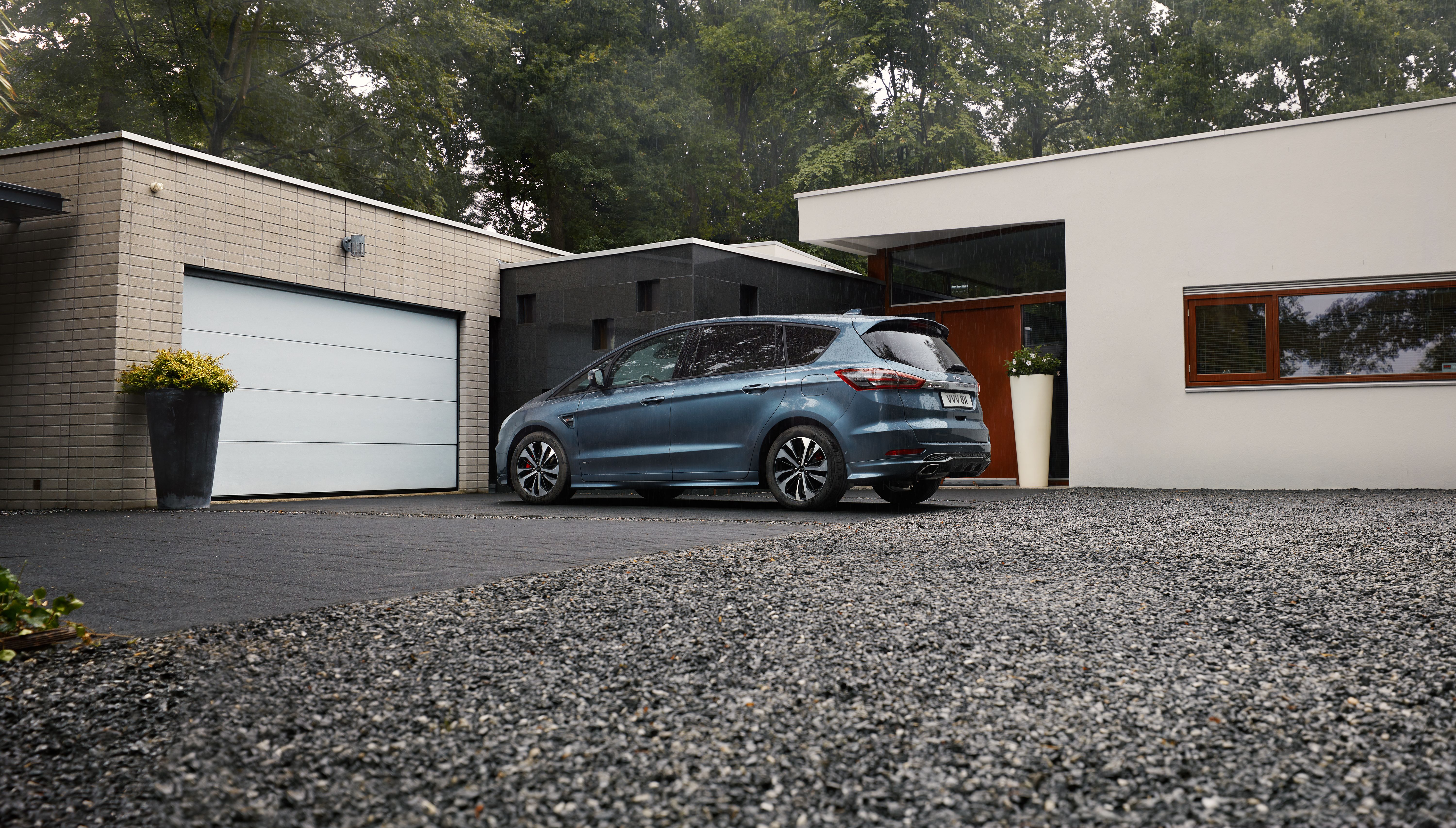 Those looking for something a touch sportier should opt for the ST-Line, which gains revised styling, electrically-operated and heated front seats, as well as part-leather upholstery.

Rounding off the range is our top-spec Vignale, which comes in at a rather costly £40,660, even before you factor in any optional extras. It does come brimmed with kit, though – including massaging and ventilated front seats, an electric tailgate and a brilliant Sony sound system, to name but a few features.

While buyers might be flocking in their droves to large SUVs rather than MPVs, the S-Max is a model that shows the people carrier market still has plenty to give.

It’s both more versatile and more spacious than the majority of similarly-priced SUVs are, while also looking the part, too – more so in top-spec trim levels. It’s also much better to drive than the majority of cars in its class, is very comfortable and it’s brilliantly well-equipped, too.