The Bentley Continental GT is already one of the most luxurious cruisers around, so in convertible form it should be even more sumptuous.

On the face of it, the Bentley Continental GT Convertible is one of the most lavish and socially unjustifiable cars on sale today. Not only is it a large luxury car costing £175k-plus in an era of austerity, when the gap between rich and poor grows more every day, but it’s the convertible version, making it even more showy than the coupe. 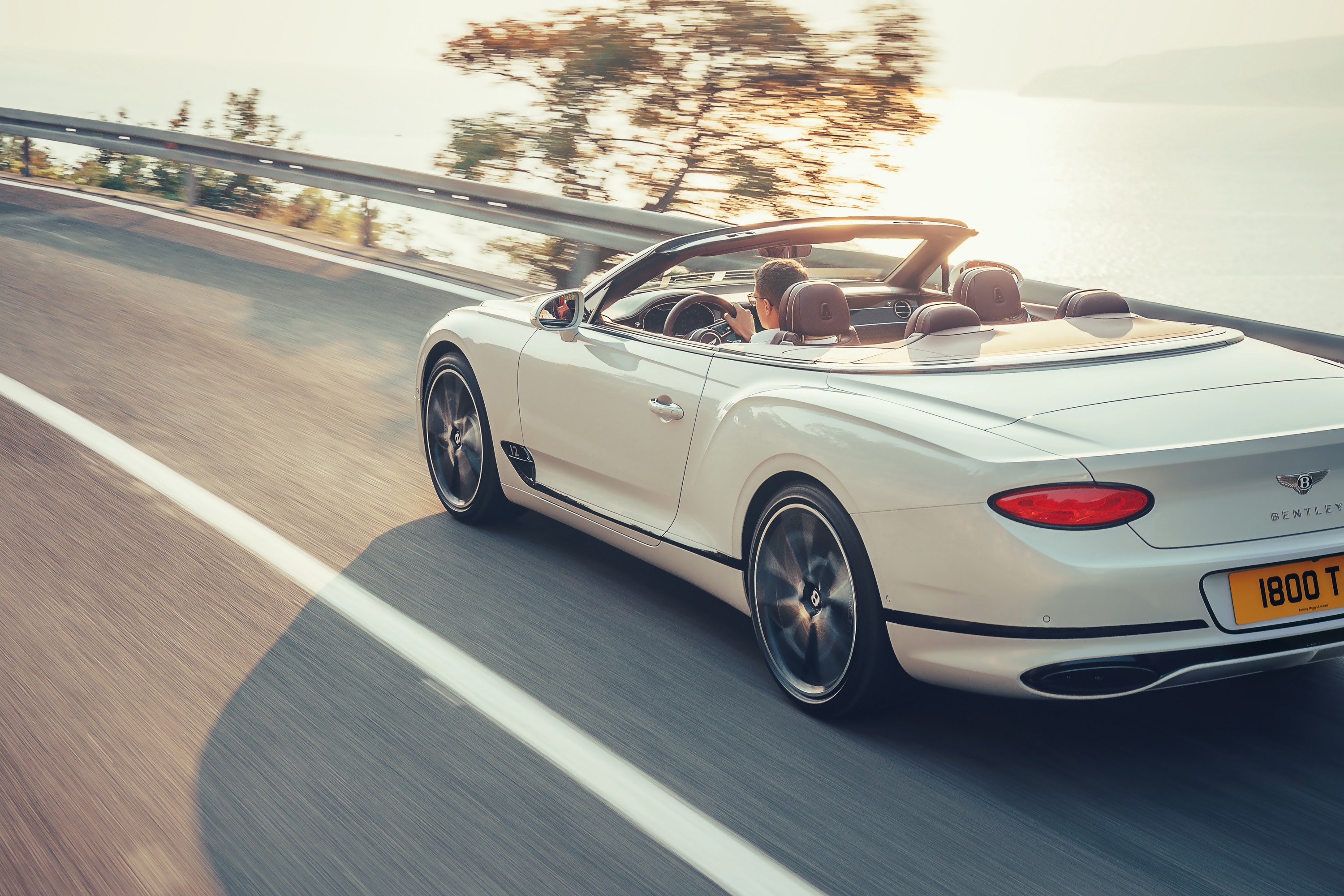 Then there’s the fact it’s packing a monstrous engine beneath the bonnet with more power than most supercars can boast in an age where economy, the environment and being conscious of your carbon footprint are at the forefront of most people’s minds.

However, within a few minutes of driving this car, you can’t help but be pleased that it exists. It embodies the pinnacle of success, of luxury, and of the now-dying internal combustion-engined car industry. This is a luxury car to aspire to.

When the latest Continental was introduced, first came the coupe. Bentley called it 100 per cent new, albeit with an extensively reworked version of the old W12 engine, sporting a familiar Continental silhouette but somehow sharper and more elegant in its details. 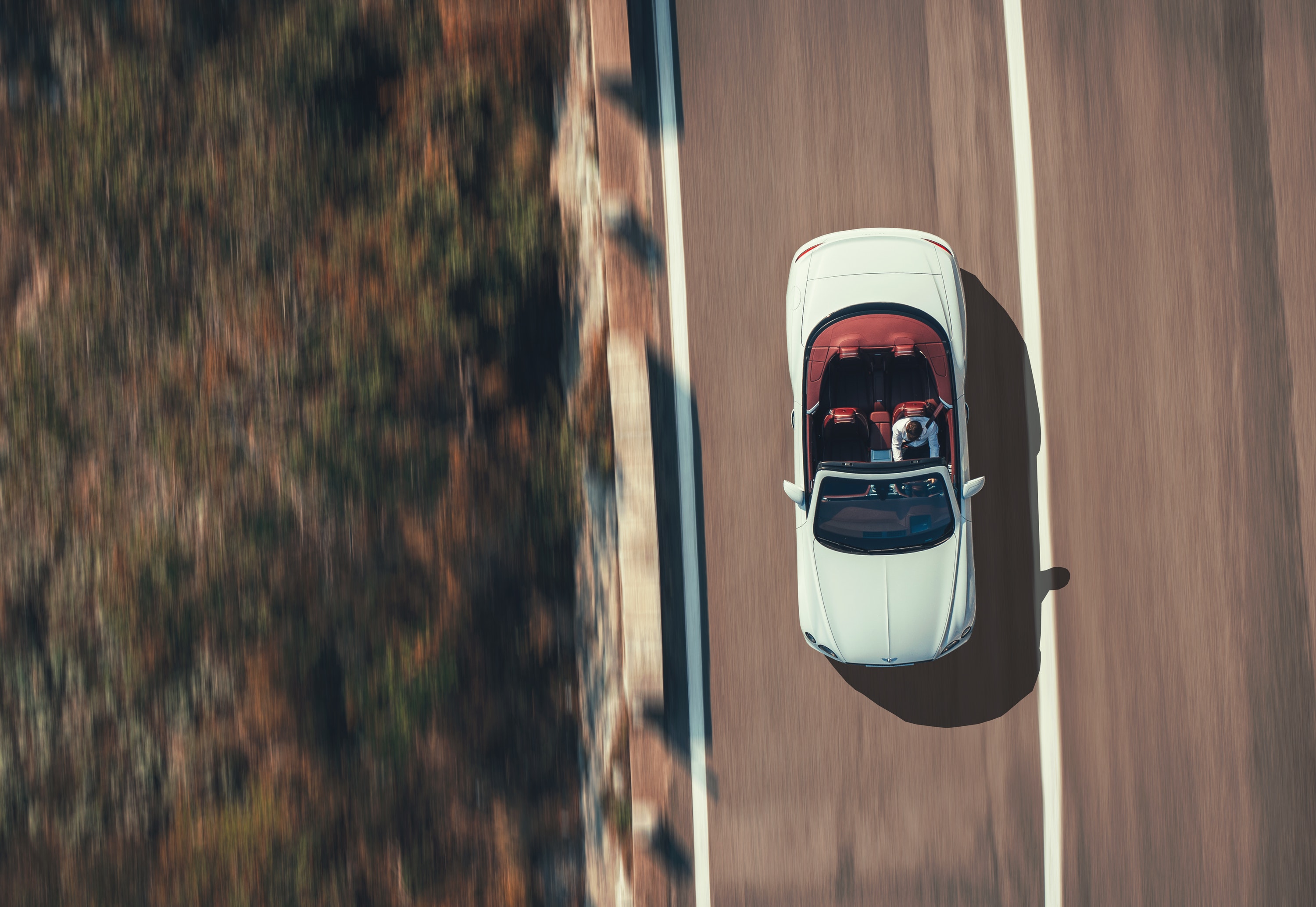 This being the convertible, the roof is a major talking point, and it can be deployed or stowed in just 19 seconds at speeds of up to 30mph.  There are seven fabric hood colours available, including tweed for the first time, which is surely the perfect choice for this most British of GTs.

While a stonking great, 6.0-litre W12 engine might not be the most environmentally ethical choice – there’s also a 4.0-litre V8 – there’s no denying that the hand-built, beating heart of the Conti Convertible is a scene stealer. With 626bhp and 900Nm of torque it’s got the kind of performance supercars could dream of, propelling to 60mph from a standstill in just 3.7 seconds.

It’s silky smooth and somehow manages to deliver its gut-wrenching performance with a refined but brutally unremitting surge. Perhaps more impressive is that an engine with so much power can sink into the background when cruising around town.

The W12 does have eco credentials, though – thanks to a combination of high- and low-pressure direct fuel injection, Bentley says economy and emissions are improved compared with before. Official figures put it at 20.2mpg on the combined cycle with CO2 emissions of 317g/km.

Gone are the days when opting for the convertible meant sacrificing some roof up peace and quiet for wind in your hair motoring on a summer’s day – blindfolded, you couldn’t tell the difference between the coupe and the drop top, it’s that quiet and refined inside. 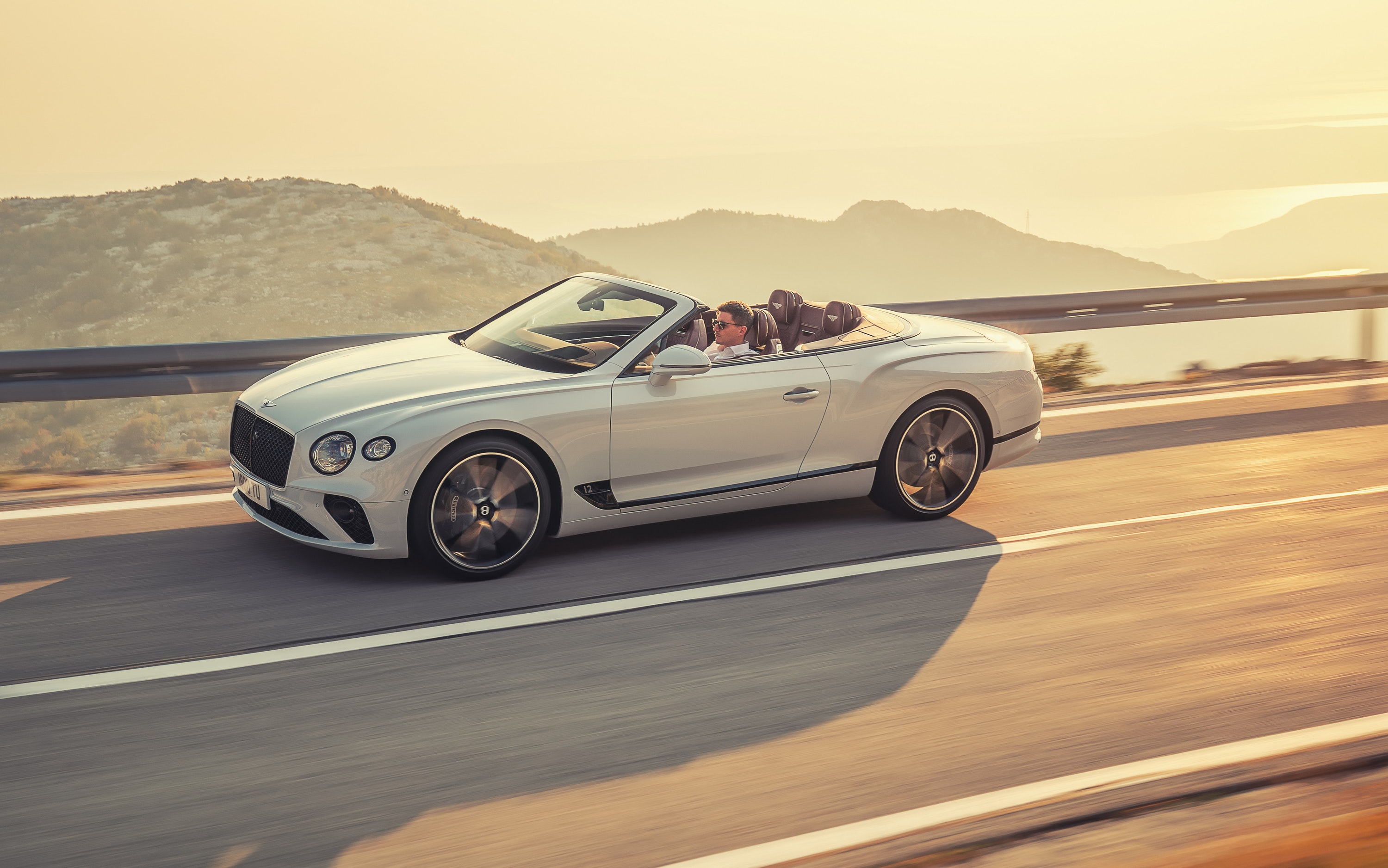 I’ve already commended the engine’s elasticity, and how it can haul in the horizon just as happily as munch motorway miles, but the difference between the two can be exaggerated through use of the sport mode button, which gives sharp throttle prods a more aggressive response.

Unsurprisingly, attacking a winding mountain pass in this car requires some restraint because it’s a heavy thing and no amount of technological wizardry can hide that. However, if you find yourself on twisty tarmac with epic scenery to one side, you can settle into a smooth, fast-enough rhythm that makes it the ideal summer road trip companion.

Bentley has done a fantastic job of preserving the coupe’s imposing yet sleek coupe styling. So often, convertibles can look awkward with the roof up, but the Conti manages to retain its elegance even when it’s raining outside. 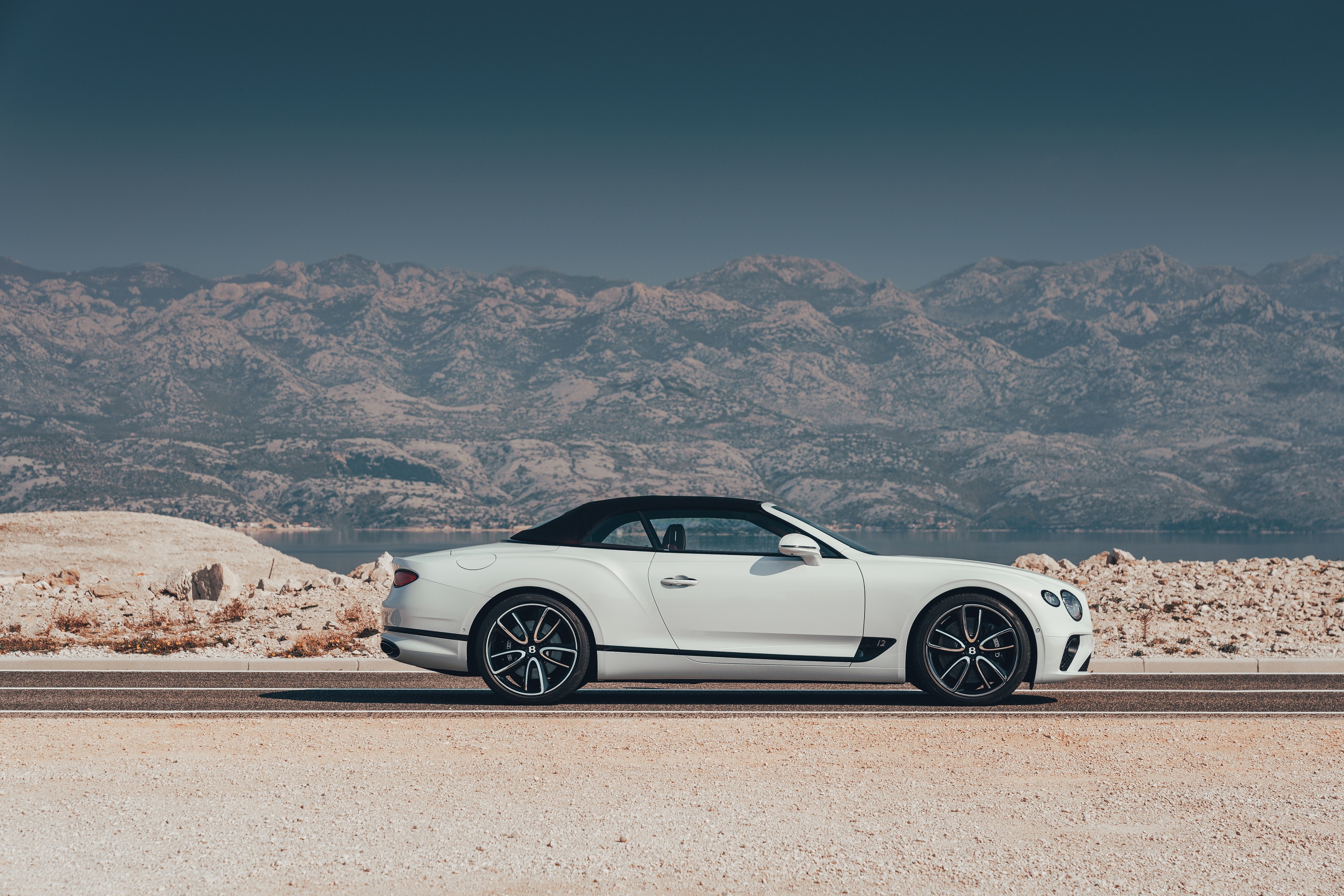 That said, drop the roof, and the Convertible looks at its best, with a rectangular shape punched through with muscular wheel arches and a prominent grille that make it clear this isn’t just for posing, there’s plenty of performance on offer too.

Unsurprisingly for a Bentley, the interior is of the highest quality, featuring some of the best materials you’ll find anywhere in the car industry with modern technology seamlessly integrated. 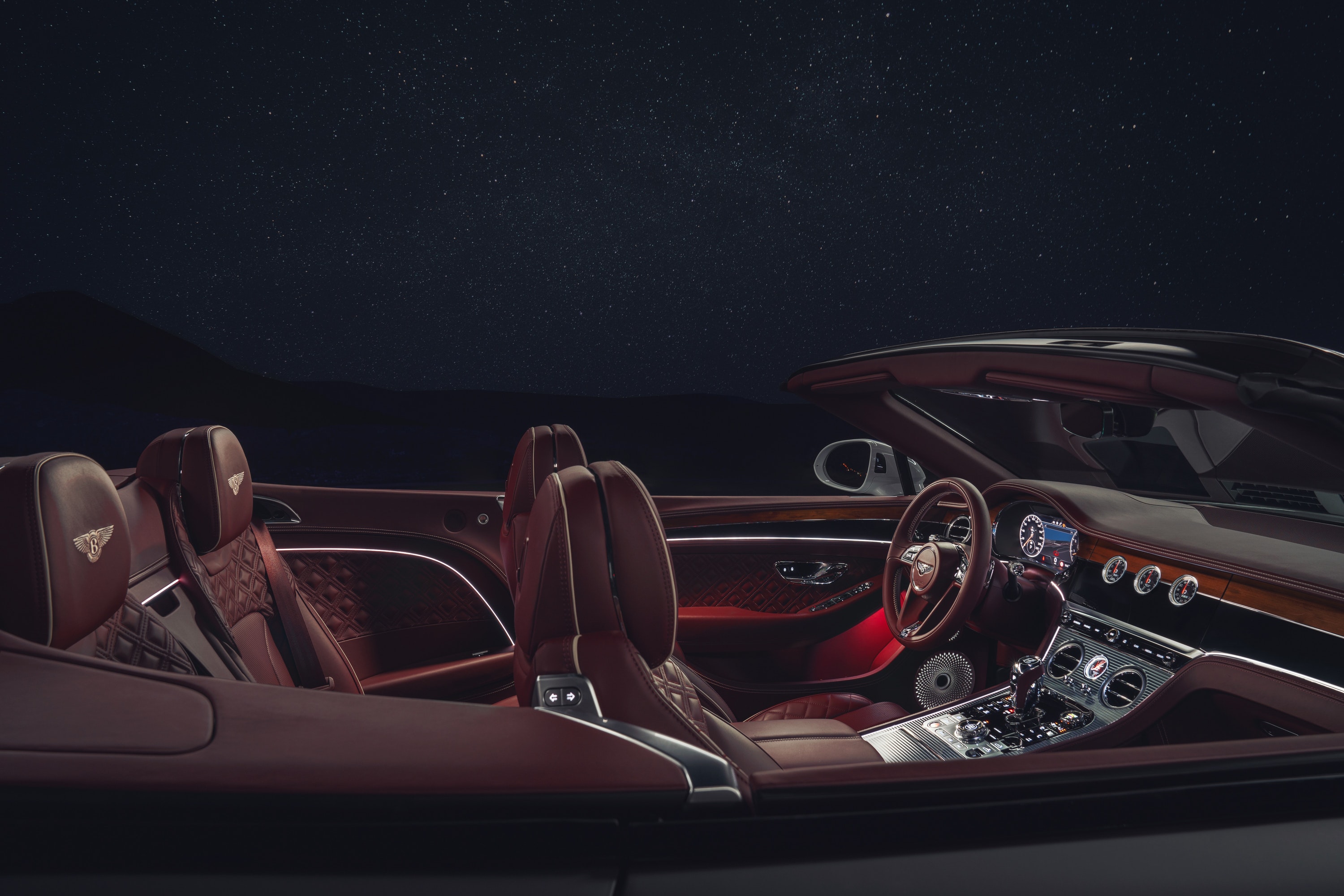 Long journeys are a breeze thanks to soft leather upholstery, which adorns even out of reach areas of the cabin, proving the next-level attention to detail Crewe’s finest implement. However, one niggle is the fact that generic Volkswagen Group items are a little too common, with the cruise control stick and steering wheel buttons clearly derived from similar units in the likes of the Golf and Passat. On one hand, that’s great because you know they’ll work flawlessly, but at this price you expect a little more exclusivity.

This being the convertible, there’s a neckwarmer integrated into the seats to keep you warm on chilly top-down days. It’s now warmer and quieter than the old model.

Standard equipment is suitably impressive, but as is so often the case in this corner of the market, there are plenty of expensive options that can take the levels of luxury, and in turn the price, to astronomical levels. 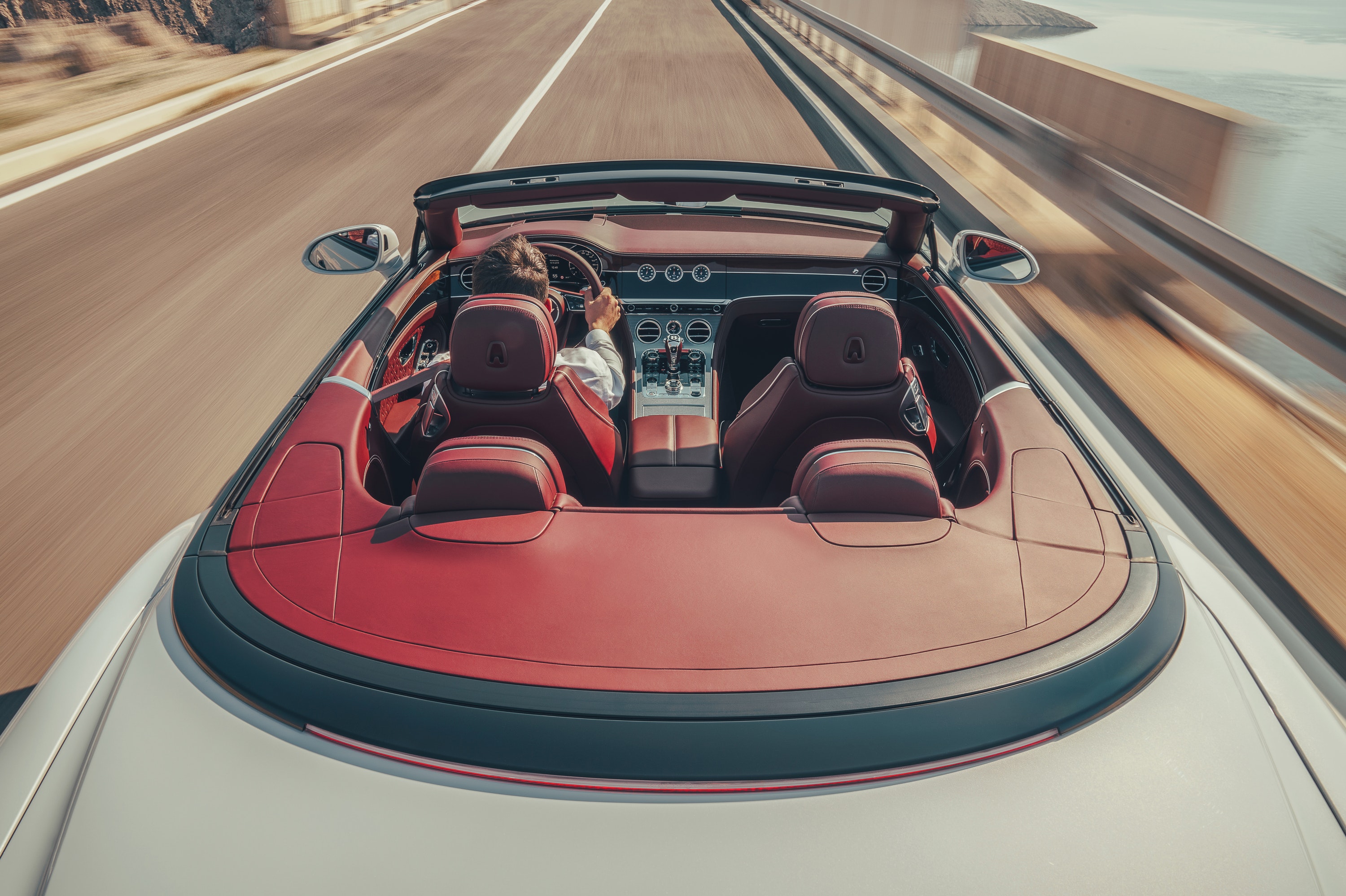 Prices start at £175,890 – about £15k more than the coupe – and that gets you your lovely leathers and your digital dashboard, which would be more than enough for most people. However, you can up this with an £8,095 Mulliner package that adds bigger wheels, quilted seats and embroidered Bentley badges among others, or £6,500 for the Naim audio system, £4,700 for a rotating dashboard display, or even £4,500 for an extra special paint job.

On the face of it, the Bentley Continental looks like something from a bygone era. Something to roll your eyes at the audacity of it. However, cars like this are special, and while there are unfortunately a few concessions to VW Group mass production, the Continental GT Convertible feels special from the get-go.

Perhaps its best trick is retaining some level of class and subtlety in its design, despite its imposing proportions, while also cocooning you from the outside world in sumptuous comfort. And then there’s the engine, which is a glorious ode to internal combustion.