Volvo’s entry level SUV looks great, but in the hard-fought premium crossover market, does it have what it takes to compete? Darren Cassey finds out

It’s no secret now that if a manufacturer wants to increase the volume of its sale, SUVs are the way to go. That’s why a couple of years ago, Volvo introduced the XC40 below the XC60 in its range, offering a slightly smaller and less expensive entry to the Swedish car maker’s SUVs. 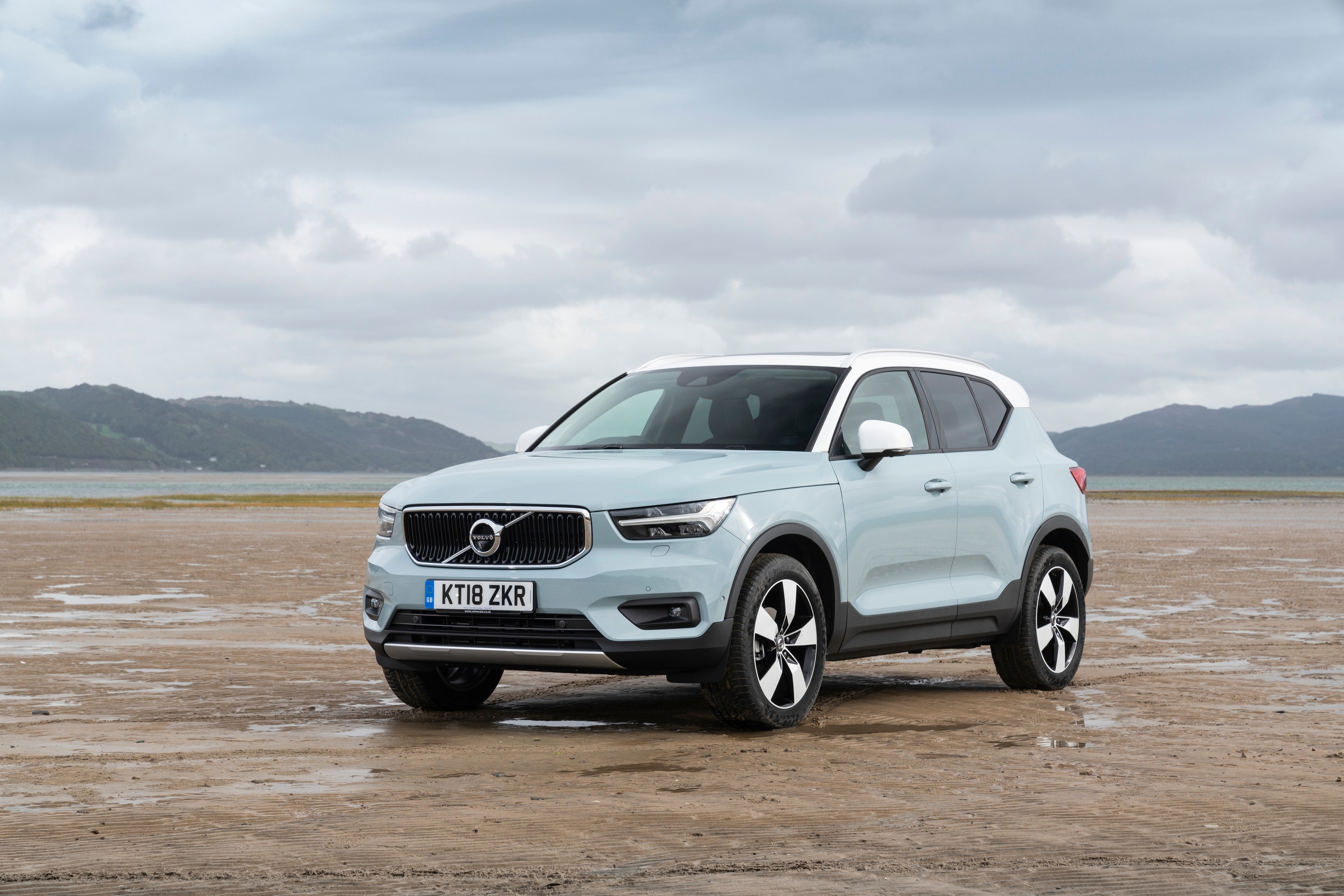 It has received critical acclaim since its introduction thanks to the fact it’s handsome, spacious, and offers an impressive range of engines. Perhaps key to its appeal is that while it’s technically an entry-level model, there’s nothing basic or underwhelming about it.

Prior to this summer, the T4-engined model was only available with four-wheel drive, but now we’re behind the wheel of the new front-wheel drive version, which comes in £1,400 less expensive than the equivalent four-wheel-drive model. 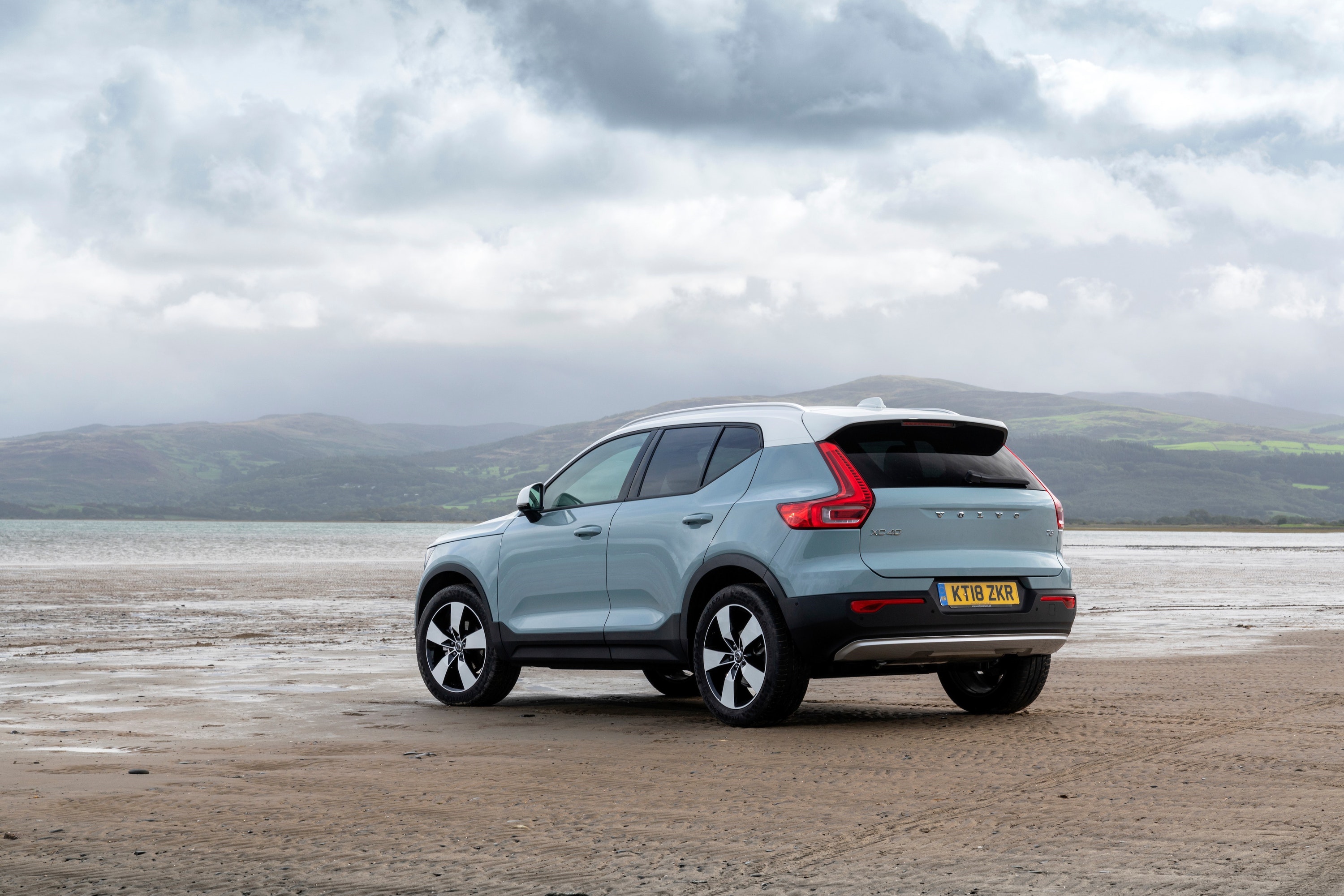 Most other changes are based on standard equipment. For example, you now get paddle shifters fitted behind the wheel on all automatic models, auto folding door mirrors, a locking glovebox and a load protection net. There’s also a new plug-in hybrid T5 version for those who want eco-friendly motoring and low running costs.

This T4 model is powered by a 2.0-litre four-cylinder petrol engine, which makes 187bhp and 300Nm of torque. Where the new T5 plug-in hybrid attempts to marry economy and punchy performance, the T4 sits in more of a middle ground. 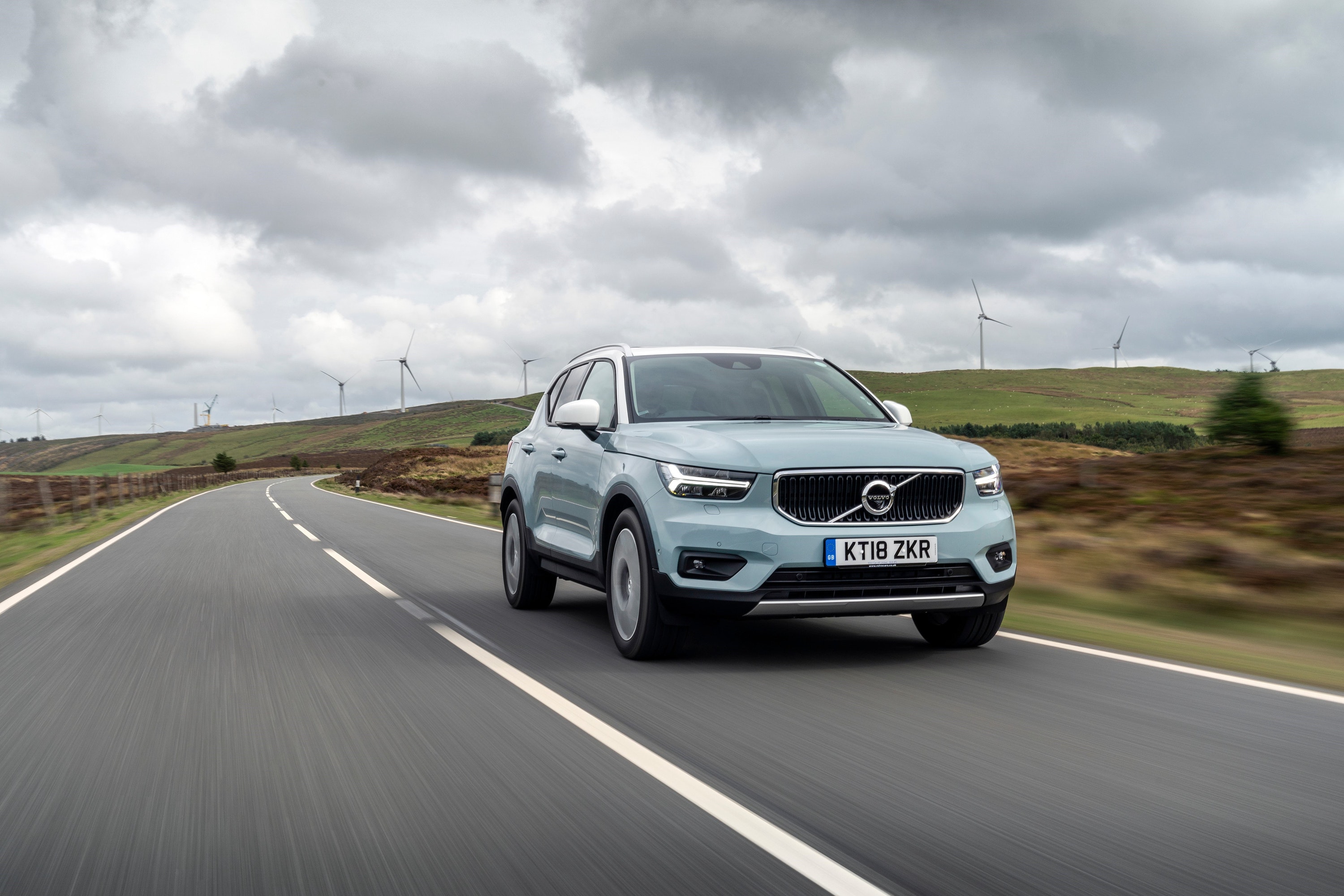 That middle ground also applies to the driving experience, economy and performance. Put your foot down and the response is modest but adequate, getting up to speed swiftly without ever feeling fast. Meanwhile, economy figures aren’t terrible, but with hybrid versions promising much better figures for not a huge deal more cash up front, it’s nothing to write home about.

In everyday driving the XC40 is lovely. It’s quiet, smooth and the engine’s modest response is perfectly suited to daily driving duties. Around town, the ride is brilliantly judged, so imperfect road surfaces become almost carpet smooth, and its proportions make it easier to place on tight roads than its larger siblings. 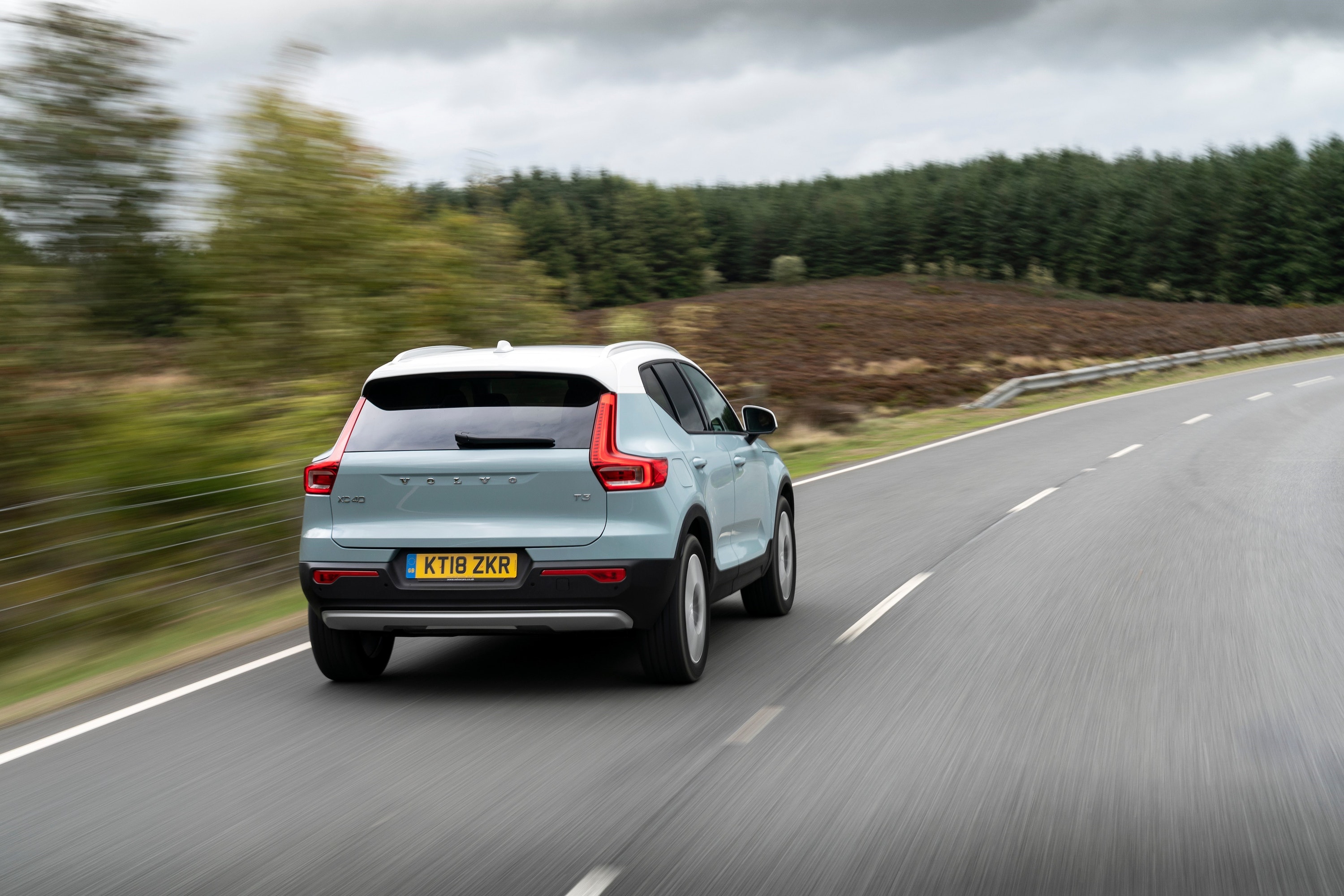 However, at higher speeds on bumpy country roads, the soft suspension can lead to a lot of jiggling – great for working your core but not so great for passenger comfort. One of those bobble head ornaments would look like it was head banging at a rock concert. It’s not particularly rewarding to hustle down a country road, either, so keen drivers might want to consider other more driver-focused rivals.

Styling is the XC40’s trump card. In fact, all Volvos look fantastic, and the fact the Swedish firm has translated its sophisticated, angular styling to its bulky SUVs so easily shows just how talented the design team is. 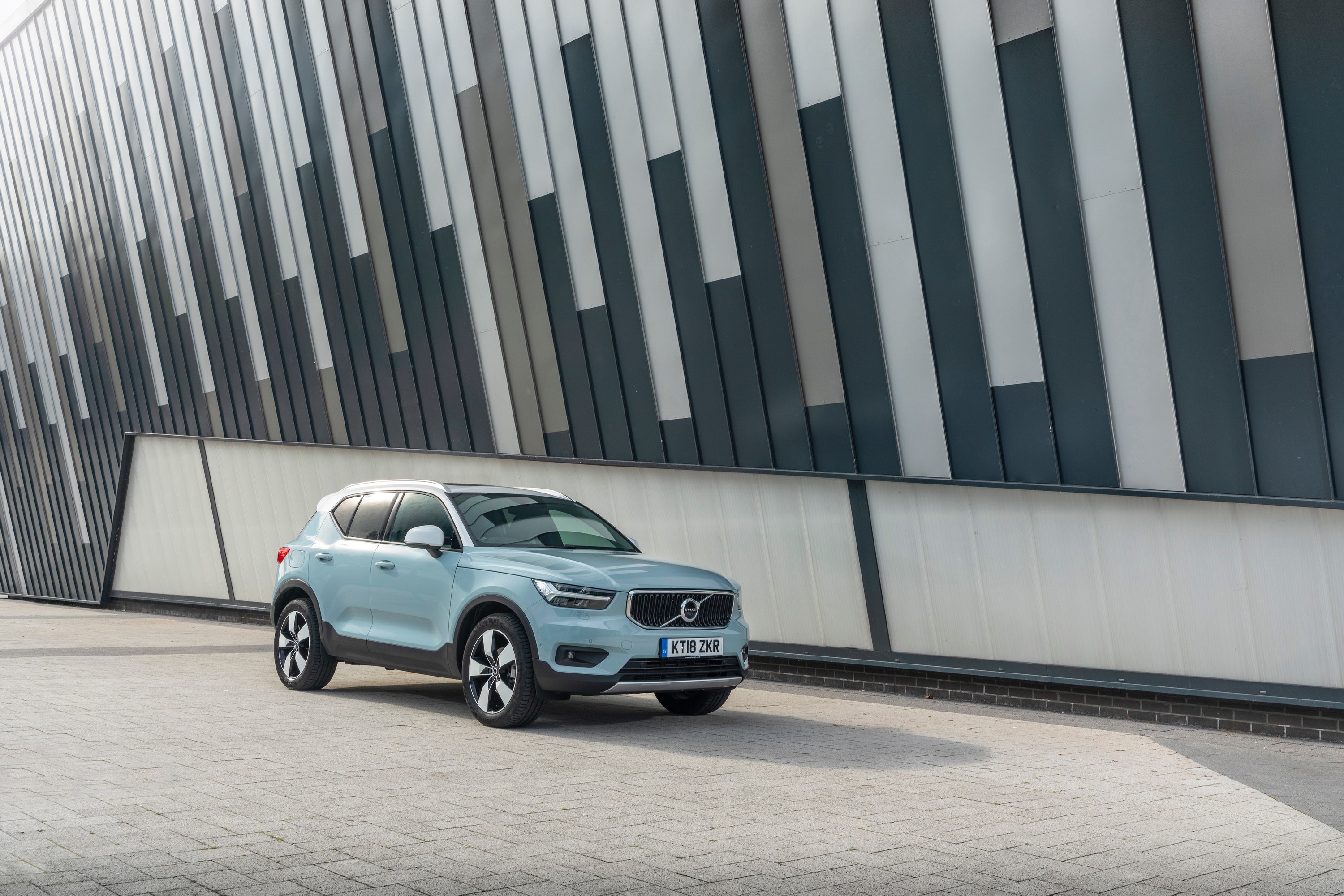 Even in our entry-level Momentum trim the XC40 is a smart-looking thing – onlookers would be none the wiser. However, if style is king, the R-Design is likely the most appealing option, because it adds big alloy wheels and sporty styling cues that only accentuate the SUV’s looks.

Volvo’s interiors are some of the best in the business, and that’s largely true of the XC40. Again, this being the premium segment, Volvo has to be on top of its game to beat its competitors, but it feels like it goes the extra mile to ensure that even in its lower-priced models, it’s still big on quality and style. 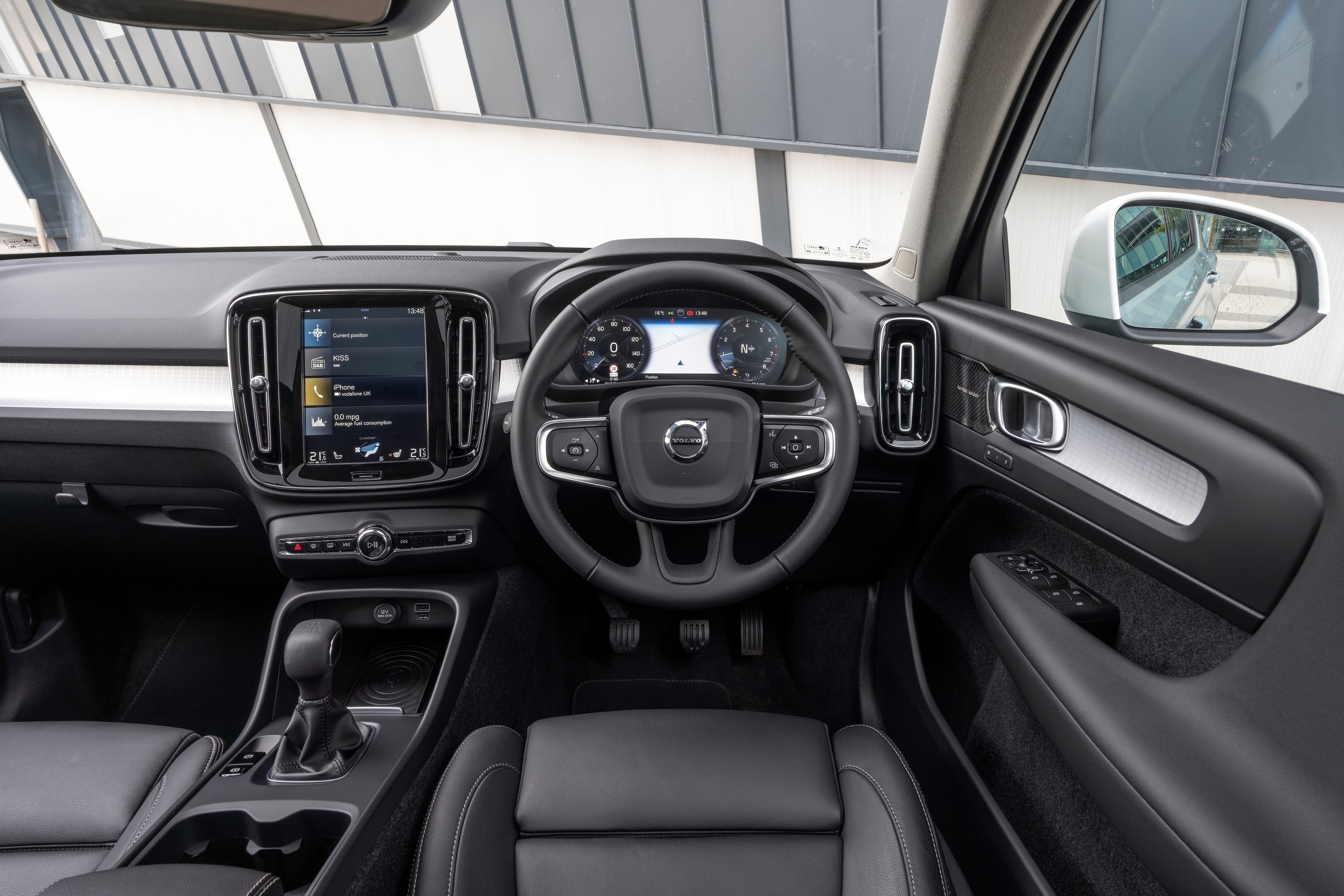 That being said, jumping out of a higher-trimmed XC60 and into this entry XC40 does highlight where it’s lacking somewhat, with a more traditional start/stop button and some duller-coloured materials low down.

The XC40 doesn’t suffer for its baby SUV status, receiving an impressive specification as standard. Equipment fitted to all models includes a nine-inch touchscreen in the centre console with satellite navigation, voice-activated systems, Volvo’s On Call phone app, extensive safety equipment and LED headlights among much more. 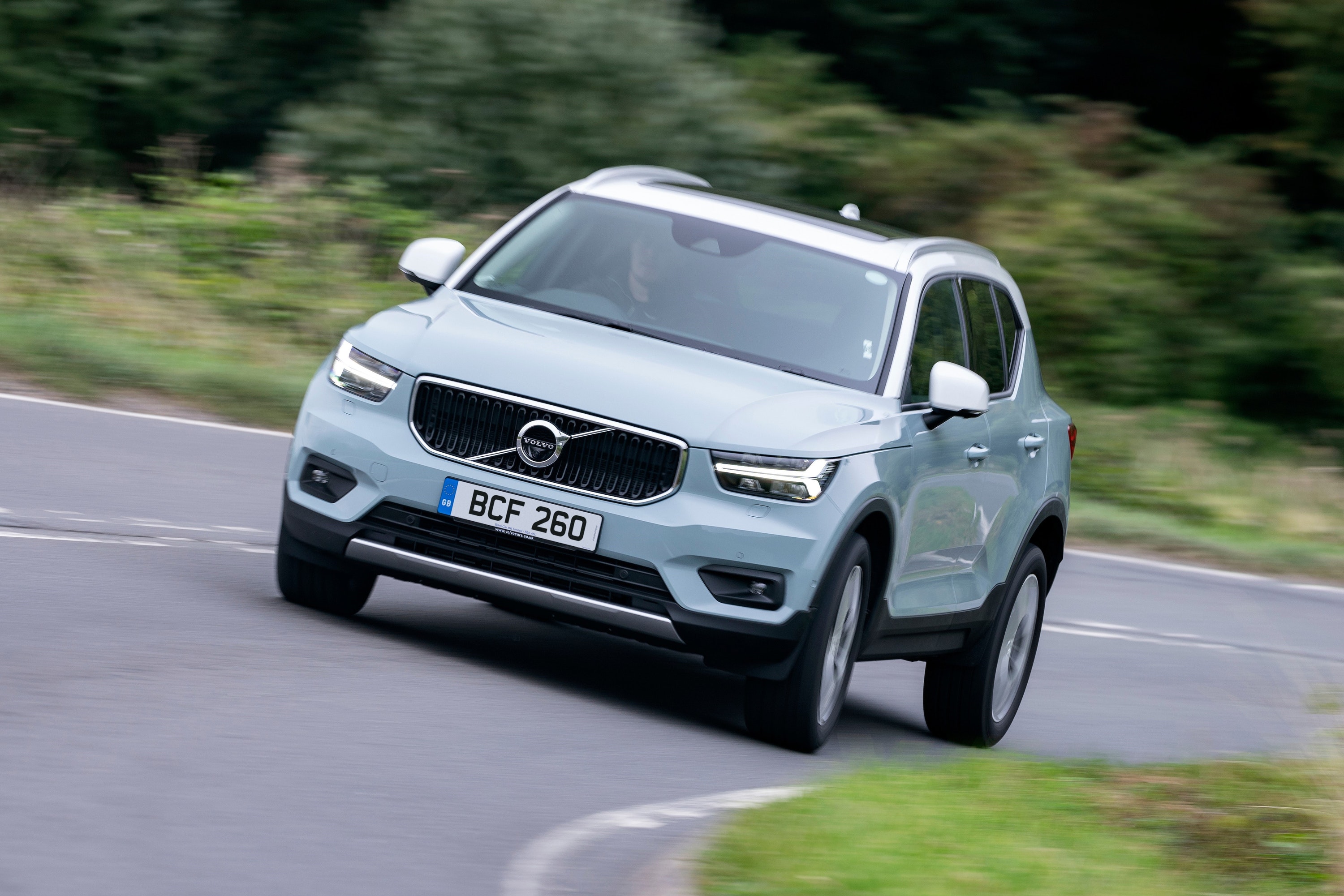 Our test car saw its price bumped up to nearly £40,000 courtesy of options such as a premium Harman Kardon stereo system (£550 and highly recommended), Apple CarPlay and Android Auto integration (at £300 it’s not too pricey but should be included standard these days) and 19-inch alloy wheels (£525).

Volvo’s entry-level SUV ticks many boxes. It’s handsome, well-appointed and has a great range of engines. For those looking for something that’ll look great at the school gates and carry everything family life requires, that will be more than enough – the fact it achieves this in a relatively compact package only makes it more appealing. 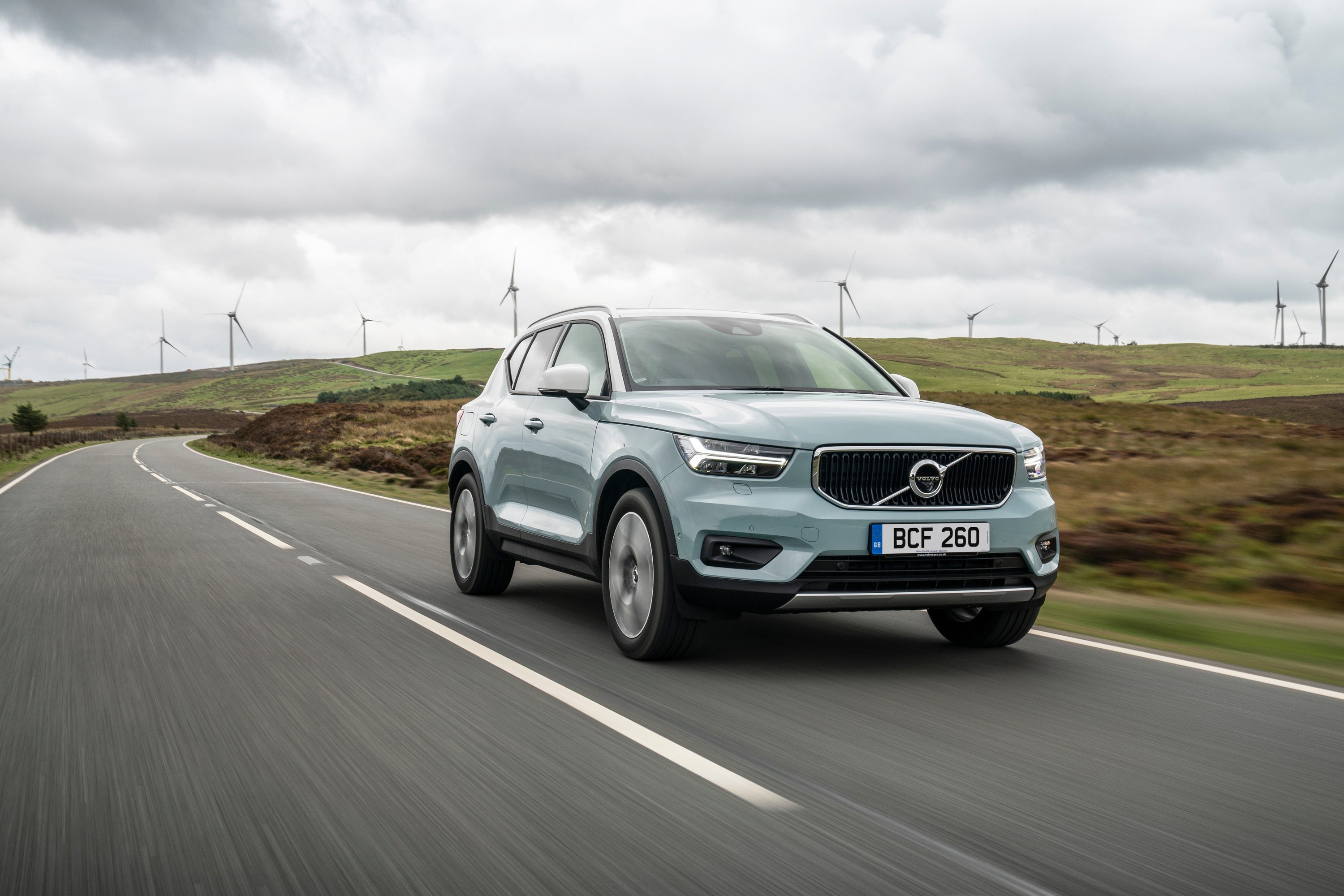 However, compared with the rest of Volvo’s SUV range, it’s a little plain and uninteresting inside, which is a shame. Those looking for a bit of character from the driving experience and interior might be left wanting, but as an objective package there are few faults to be found.