The Skoda Octavia through the ages

Skoda’s most iconic model turns 60 this year. Darren Cassey has been driving every generation in celebration

The Skoda Octavia through the ages

Many moons ago, the Skoda name was more synonymous with cheap cars bought for practical reasons rather than any sort of desire.

However, with a little help from the Volkswagen Group, the Czech firm has massively overturned its reputation – and now long gone are the days when it needed self-deprecating television adverts joking about the quality of its cars. 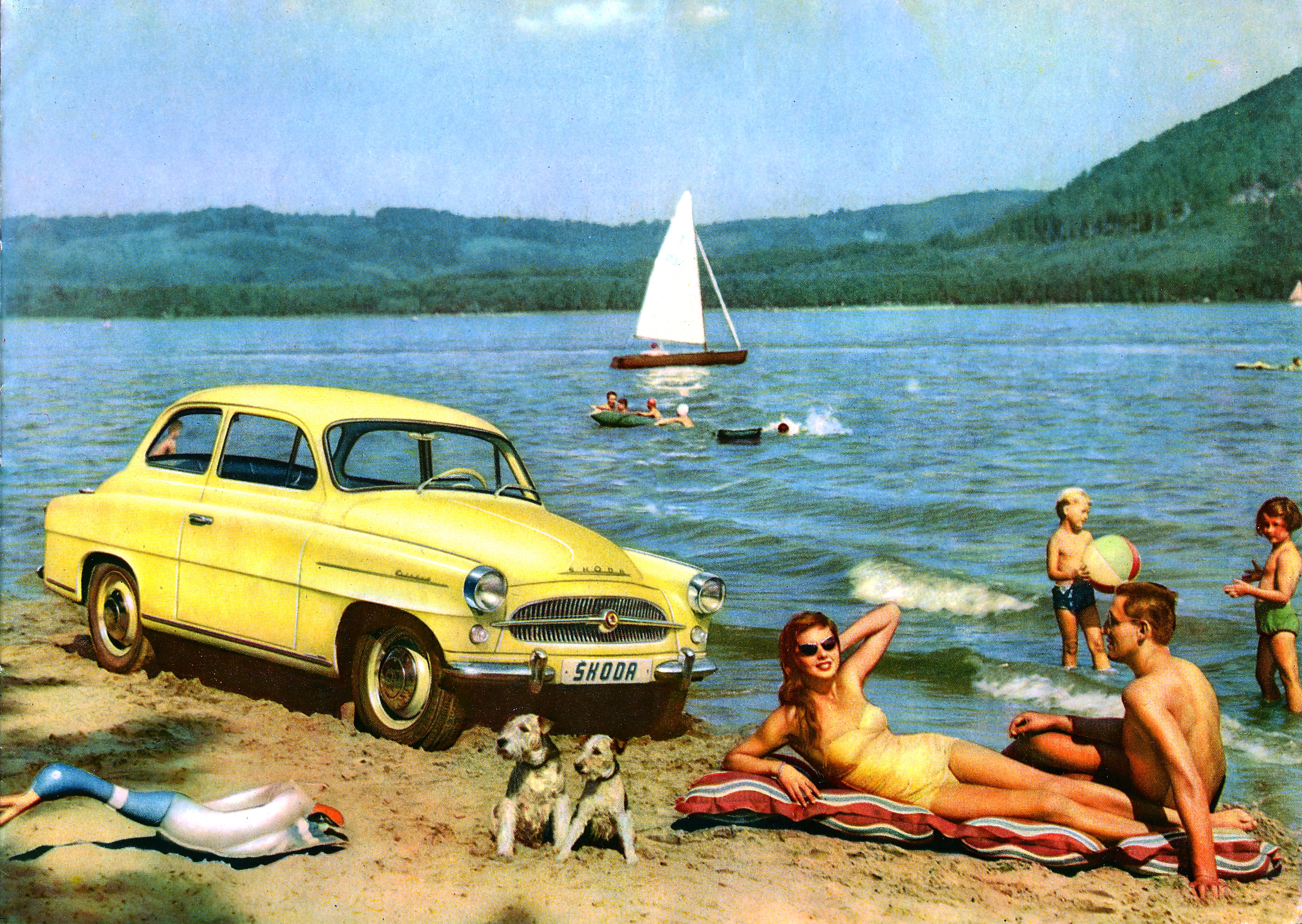 Skoda’s key selling point is still practicality, but now it makes high quality products that are in many cases top of their class, and 60 years after the very first one rolled off the production line, the best-selling Octavia remains at the forefront of Skoda’s sales successes.

To celebrate its diamond anniversary, we got behind the wheel of every generation to see just how far things have progressed…

Like most European car manufacturers, Skoda had a troubled time during the Second World War. Its factories were requisitioned by Allied forces, and the company’s output was reduced to a trickle.

In 1946, a year after the war ended, Skoda had repaired its bombed facilities and returned to production, with the first post-war car rolling off the production line. There was no investment coming into the company, but strong interest in its cars gave designers and engineers freedom to create new models from existing components.

In 1959, amid interest from the potentially lucrative markets of the USA and India, Skoda revealed the Octavia. It was built on the same chassis as its predecessors but was given a more sophisticated suspension set-up that was said to have transformed the driving experience. 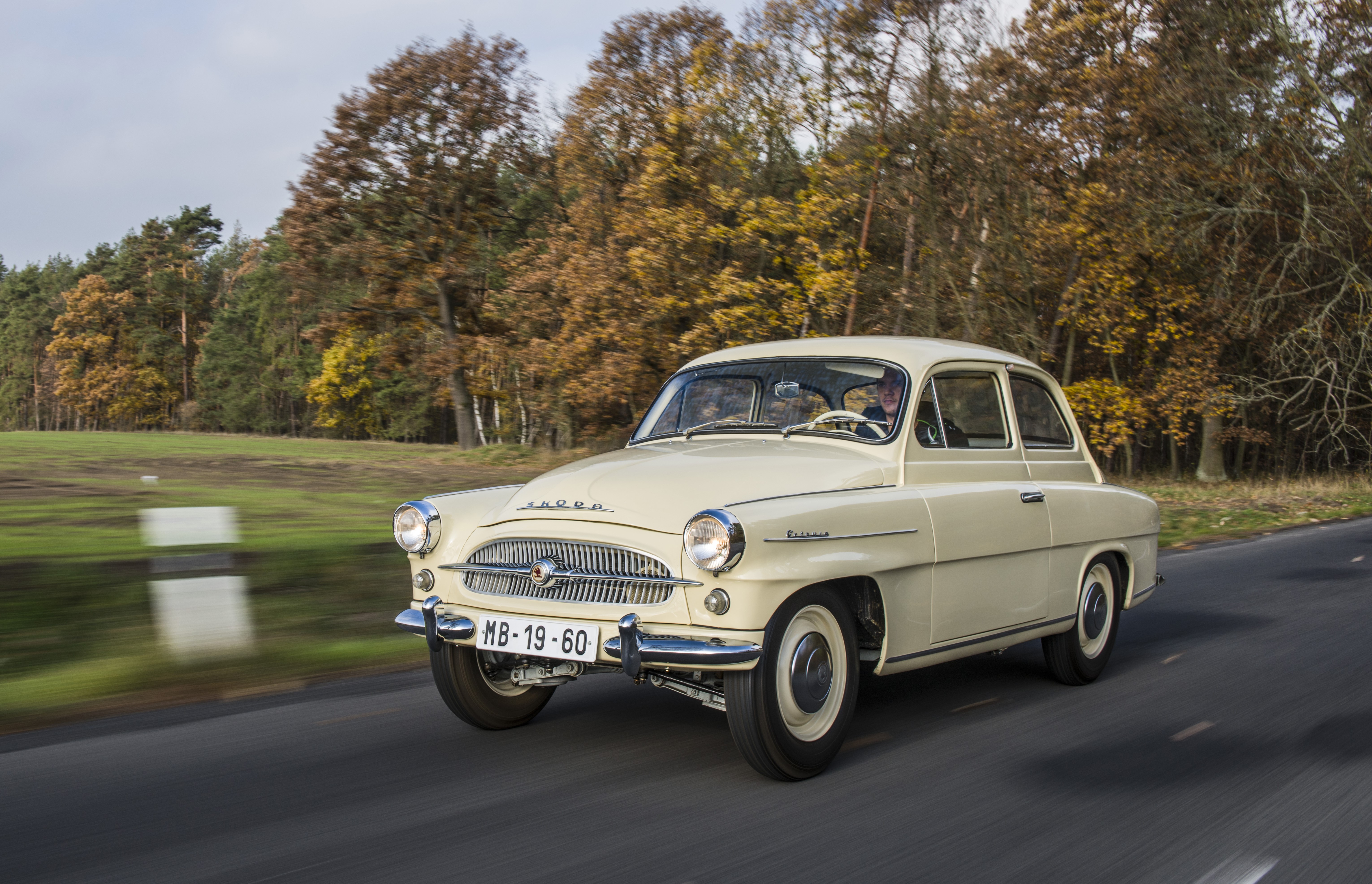 In 2019, the 1964 Octavia Combi we got up close and personal with is a delight. In isolation it’s difficult to judge how it would have compared to contemporary rivals, but its classic styling instantly brings a smile to your face.

The sleek curves and spartan interior remind you of simpler times, before designers and engineers were beholden to the extensive safety technology of today.

The Octavia would eventually go out of production in 1971, replaced by the 1000MB, with the Octavia name dying out until its triumphant return in 1996…

Volkswagen had been involved in a partnership with Skoda since 1990, helping the firm modernise its range of outdated family cars. The German firm would continually increase its stake in Skoda over the next few years, eventually taking full control.

The first car to be born out of the partnership was the Felicia supermini, but bosses wanted a mass market family-sized car to boost sales. And so, the Octavia was reborn.

It was such a sales hit that UK customers had to wait two years for right-hand drive models to be shipped in, eventually going on to sell almost 1.5 million across the world. 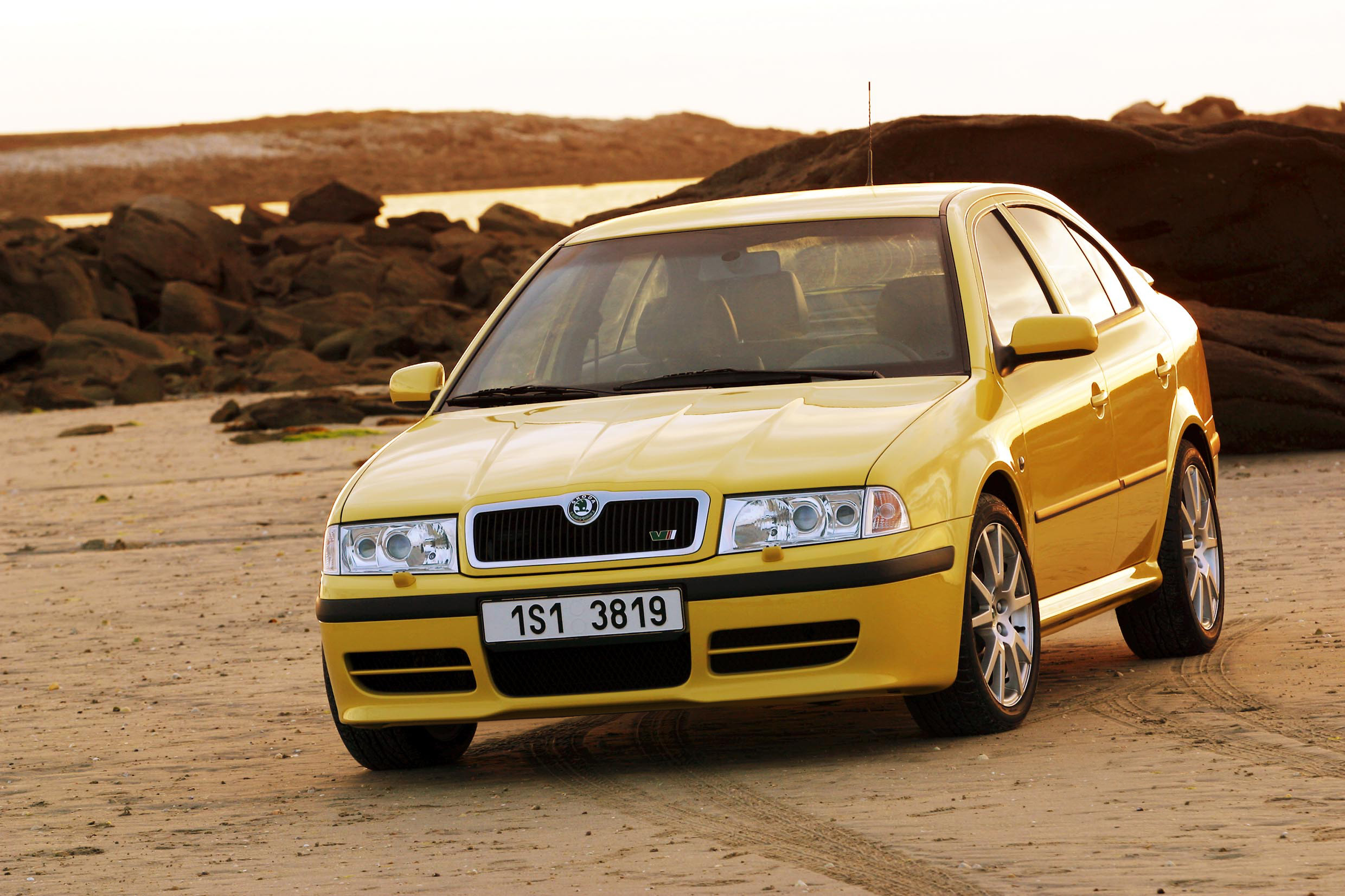 Slipping behind the wheel today instantly transports you back to a quickly forgotten era of technology. There are simple LCD screens, a cassette player and a chunky hazard warning light dominating the dashboard. The plastics feel cheap and lack any sort of texture compared with today’s interiors.

However, once on the move, the car feels light and nimble, and the large windows make the interior feel spacious.

The sporty vRS version meanwhile had similar attributes but, aided by the punchy 1.8-litre turbocharged engine, had a lively nature you wouldn’t expect from a family car. It’s easy to see how it became so successful, laying the foundations for the popularity of the vRS brand today.

By the time the next-generation Octavia came along, Skoda had established itself as a legitimate contender with genuine mass market appeal, offering desirable, practical, well-built cars at an affordable price.

Sporting a familiar but chunkier and more modern look, Volkswagen was more generous with the kit it offered its Czech stablemate. The new Octavia would get direct-injection engines, a DSG double-clutch automatic transmission and an expanded range that included the off-road-focused Scout. 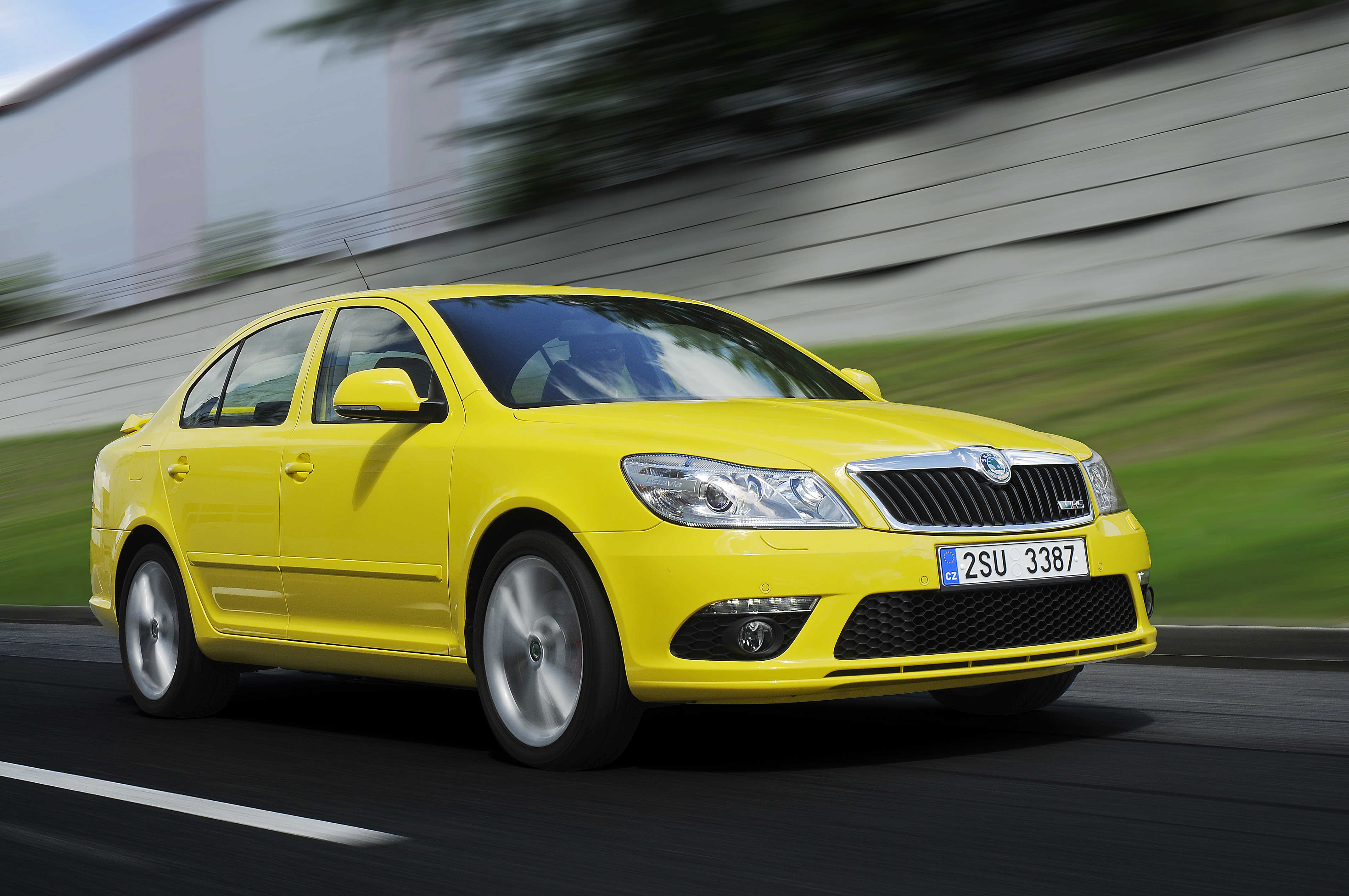 Looking back, the second-generation of modern Octavias can still hold its own today. Jump inside and the interior feels a little dated, but it’s leaps and bounds better than the previous generation – owners upgrading in the mid-2000s must have been delighted.

On the move, the familiar light controls, smooth engines and sense of space in the cabin remain. It’s easy to see why so many families fell in love with these simple but effective hatchbacks.

If you needed any confirmation that the Octavia had been a hit, when the third-generation came along, Volkswagen made it the first vehicle in the expansive group to receive its then-new MQB architecture. The platform is well-known now for underpinning many of the Group’s cars, but then it was all-new and giving it to the affordable brand first was a real show of faith.

That was repaid as the Octavia went from strength to strength. It was bigger than before and offered class-leading space but was still 100kg lighter than its predecessor. In 2017, it underwent a smart refresh to give it Skoda’s sharp new design language.

Driving it back to back with the older models is a revelation and shows just how far this Czech brand has come since being pulled under the Volkswagen umbrella. The interior is full of high-quality materials, there are a variety of smooth engines available, and those light controls and easy driving style that characterised older models remain.

So where next for Skoda’s best-selling model? Looking at previous generations’ lifespans, it’s likely we’re a couple of years away from a new model, but Skoda will be in no rush to say goodbye to the current iteration, having sold more than 2.5 million since 2013. 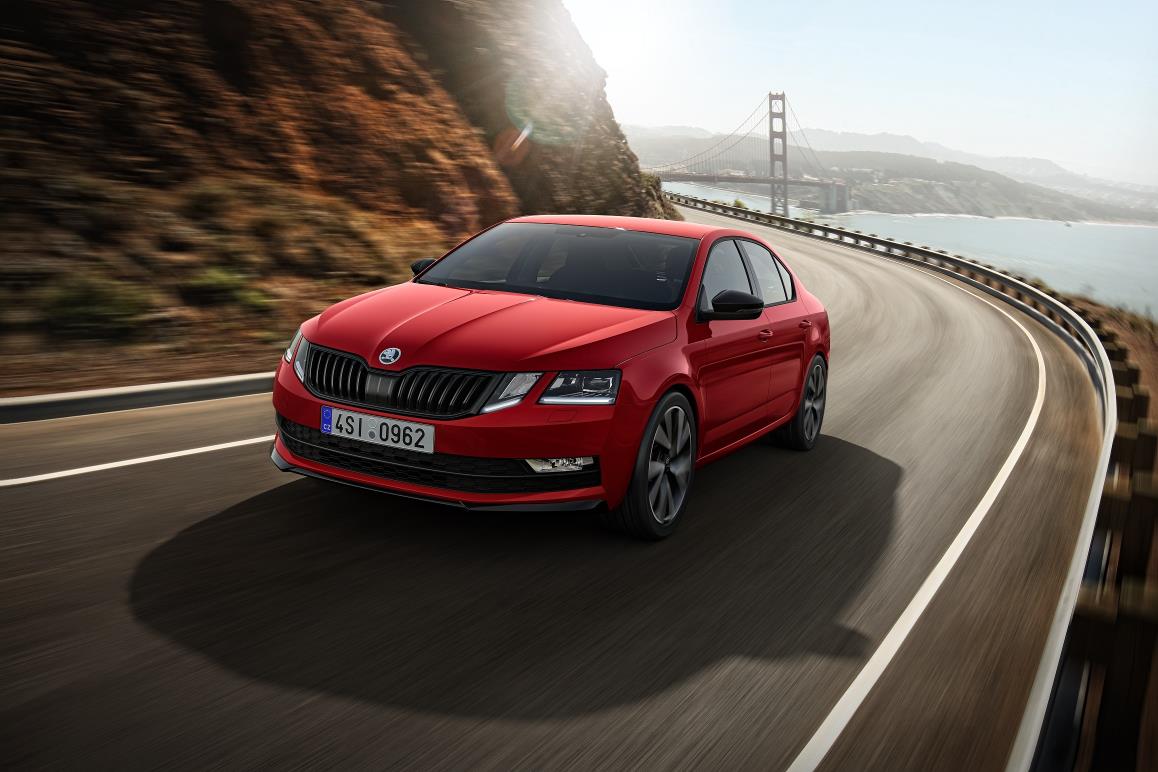 Skoda may no longer be the budget brand it once was, but its ethos of selling well-built, practical cars with mass appeal has seen it become a household name. As the car industry shifts towards electrification, the Volkswagen Group is at the forefront of this shift, so have no doubt that the Octavia of the future will spearhead Skoda’s role in creating zero-emission cars for the masses.