There’s just something about having eight cylinders, arranged in two angled banks of four, that strikes joy into the hearts of so many car enthusiasts.

The V8 is, to many, the perfect engine – an ideal balance between longevity, smoothness, power and packaging.

It’s these factors that have made them the layout of choice for so many wonderful cars over the years. Here are a few of our favourites, found in the classifieds for a bargain price…

This was the last thing we expected from Vauxhall at the time – but the VXR8 wasn’t really created by or for Vauxhall. It was actually a rebadged model from Holden in Australia – the land of wide roads, cheap fuel and big, inexpensive muscle cars. So Vauxhall brought it over here, slapped a Griffin badge on it and sold it as a little-known performance monster. The VXR8’s simple combination of powerful V8 and rear-wheel drive made it spectacular fun, and they can now be picked up for a song. You’ll find its predecessor, the Vauxhall Monaro, for even less.

Examples of the remarkable V8 Lexus IS F are just beginning to creep below the £20,000 mark – and what a bargain they are at this price. While its contemporaries were contemplating smaller engines and turbocharging, Lexus steadfastly held on to a 5.0-litre naturally-aspirated V8. It’s also rather exclusive – you won’t see many others on the roads, and with Lexus’ legendary reliability you’ll see even fewer in the garage.

Mercedes’ back catalogue is full of V8 monsters, but we’re big fans of the E 63 model – the brand’s BMW M5 rival. Depending on your budget, you’ll be looking at less than £20,000 for either W212 or older W211 models – both offer over 6.0-litres of eight-cylinder majesty wrapped up in a luxurious shell. 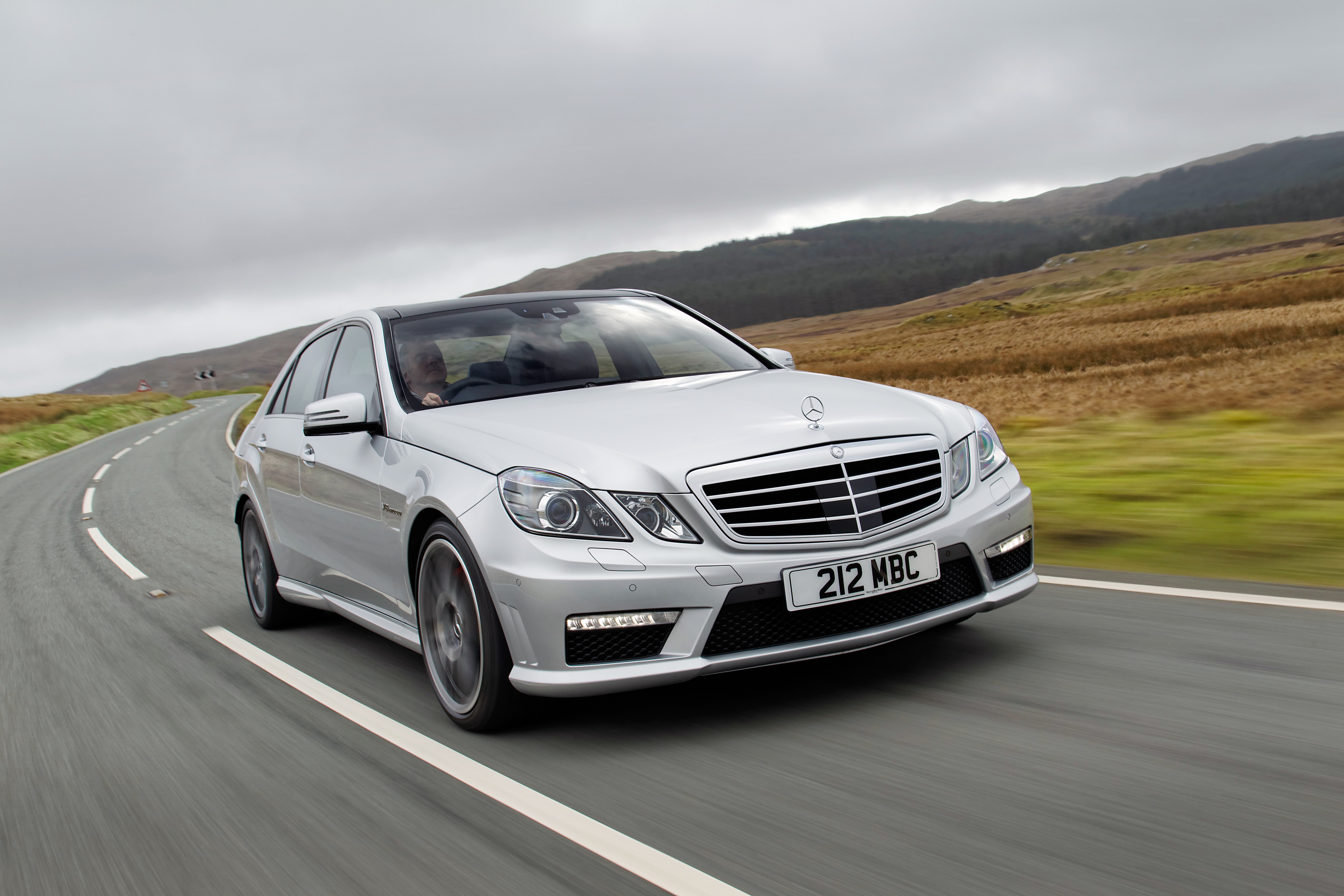 Plus, the older you go, the more discreet these cars become – W211 models are proper under-the-radar machines.

A big, luxurious car needs a big, luxurious engine right? That’s been Land Rover’s way of thinking with the Range Rover for years – while smaller V6 engines and recently four cylinders have been available, the range’s flagships have always had eight. 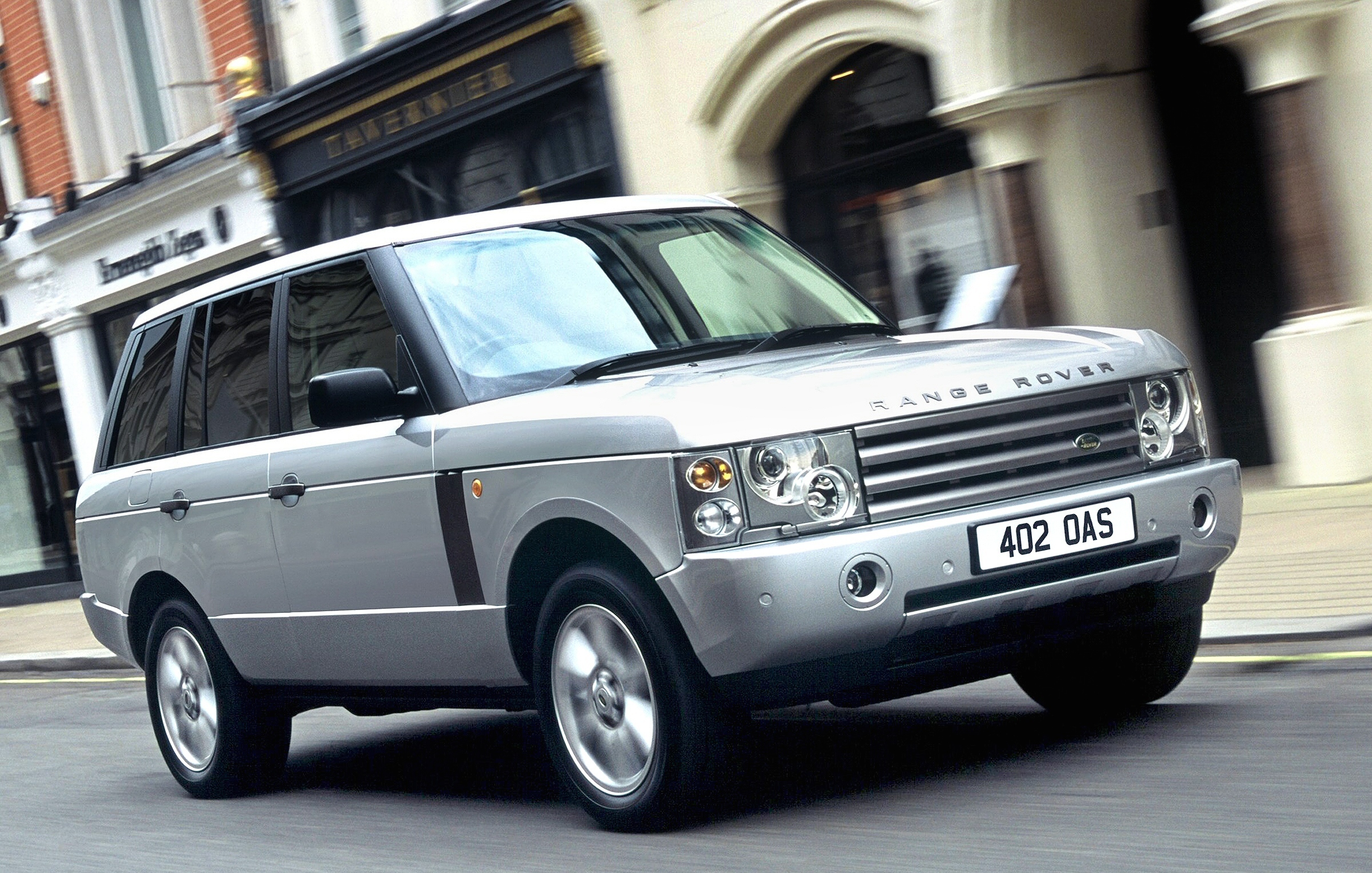 While V8 petrols are positively sublime we’d steer clear of them unless you’re the ruler of an oil-producing nation. Instead, go for the stonkingly good V8 diesel – it’s got more torque than a freight train and even sounds good. Budget for some repairs, though. With these cars, it’s not a question of if they’ll break down, but when.

Jaguar’s sports saloons had begun to fall by the wayside against the onslaught of German competition, but the 5.0-litre supercharged XFR helped to turn the tables. Here was a vehicle that took amazing performance and wrapped it in a high-end smoking jacket. There’s 503bhp on offer and those who have a penchant for fast estates can even opt for the marvellous Sportbrake model.

Purists moaned when BMW launched its current-generation M3 with a turbocharged straight-six engine. And why did they moan? The V8 in its predecessor, of course. The 4.0-litre naturally-aspirated V8 found in the E92 M3 is a firm favourite with purists, mainly thanks to its 8,400rpm redline and exceptional throttle response. Tidy examples can be found for our budget price.

The 4.2-litre V8 in Audi’s fantastic B7 RS4 Avant was as close to matching the one in the M3 as possible – an identical 414bhp and even higher 8,500rpm redline. The RS4’s successors have been criticised for being a little inert, but this model offered an enviable fluidity through the corners as well as a fantastically mechanical feel. 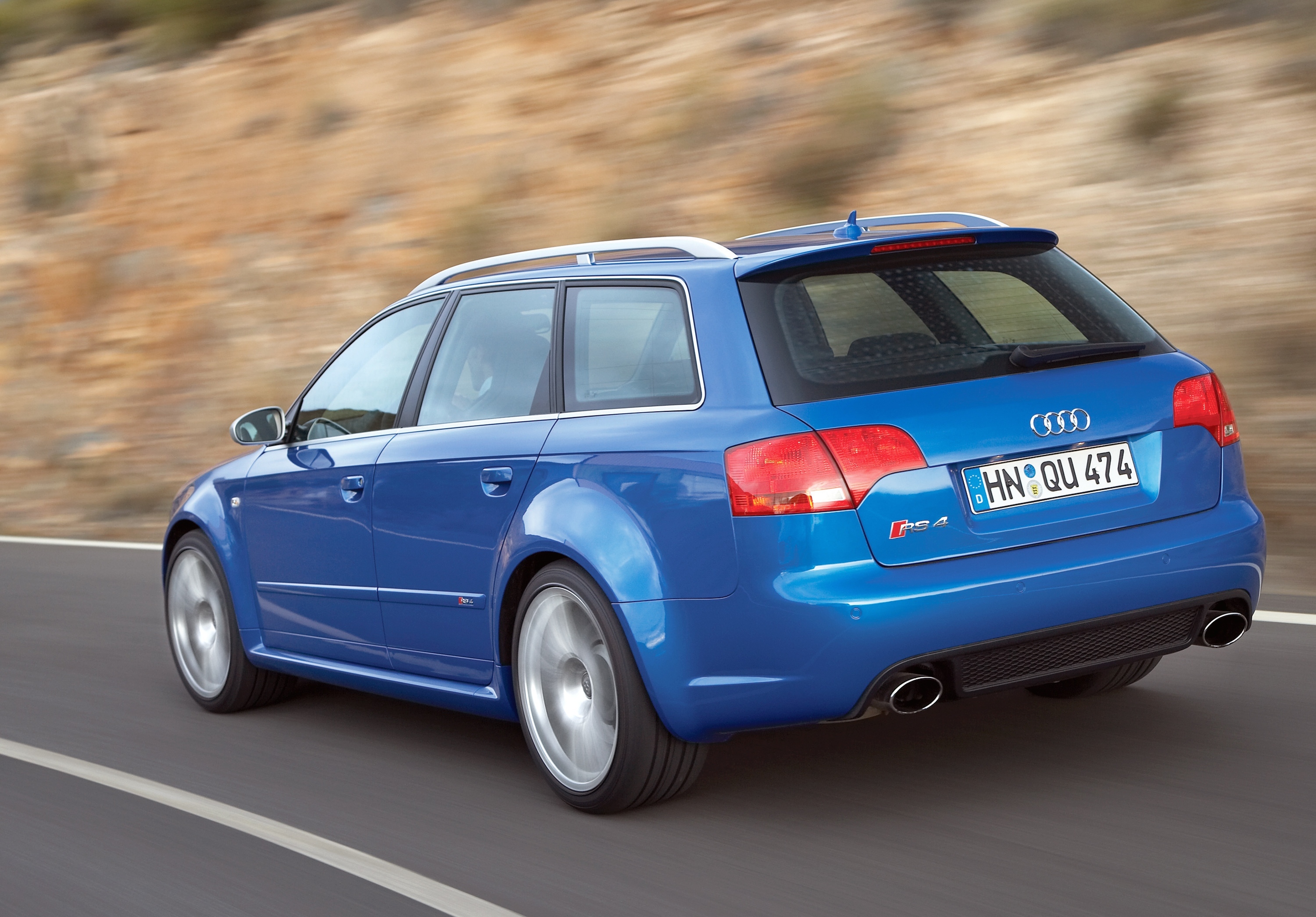 Of course, with quattro four-wheel drive and a capacious estate body, the RS4 offers some practicality too – ideal for taking the kids and the dog out for a relaxing 155mph run down the autobahn.

Say ‘muscle car’ to anyone and the chances are they’ll have visions of a Ford Mustang. The ‘pony car’ helped bring performance to the masses, and though right-hand drive is only available on the current model – which is outside our budget – an imported model could be an absolute bargain. 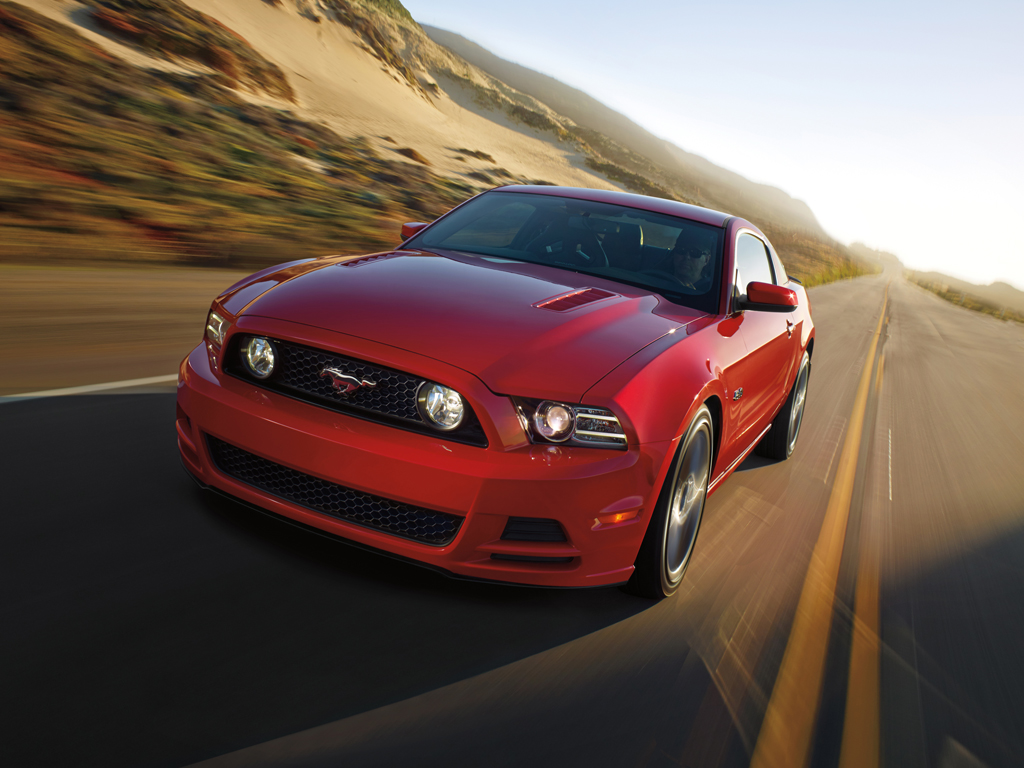 Owners have a habit of modifying Mustangs – often quite badly – so you may need to search for a while to find an unmolested example, but it’s worth it.

Land Cruisers are legendary for their ruggedness, and nothing says rugged quite like putting a massive V8 under that enormous bonnet. Our budget will buy you either a 4.7-litre petrol or a 4.2-litre diesel – we’d suggest opting for the latter unless you really want to get to know the cashiers at your local Esso. You’ll enjoy unparalleled levels of toughness in a surprisingly family-friendly package – just make sure you brush up on your parallel parking, as getting this beast into a space is an ordeal.

If you’ve ever wanted to look like an Italian mobster, this is the car for you. Maserati’s Quattroporte – Italian for ‘four doors’ is, as with many Italian cars, very flawed. But it’s also brimming with personality and flair. 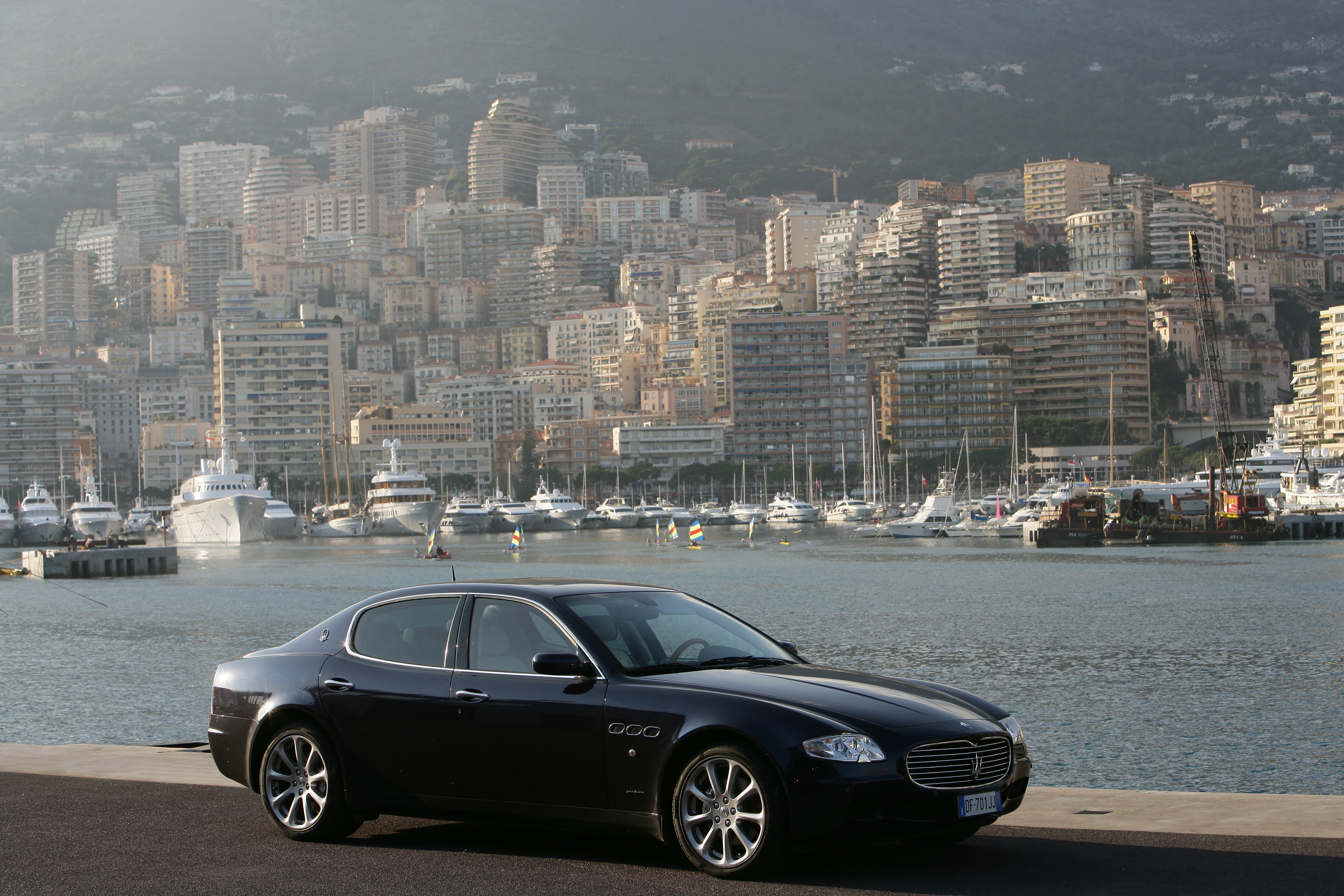 £20,000 will buy you your pick of early models, leaving plenty of spare cash for a very thorough mechanical inspection. You’ll need it.