However, if you’re just after an exceptional off-roader but don’t want to pay the many thousands for a brand-new Range Rover or Toyota Land Cruiser, don’t fear – here are some of the best models you can pick up for the £15,499 price of a Jimny. Just without the wait.

It’s fair to say that one of the most eagerly anticipated cars of recent times wasn’t a high-performance sports car, or a super-expensive luxury saloon. It was in fact the humble Suzuki Jimny – a tiny off-roader with barely 100bhp and the sort of design a five-year-old might come up with if you asked them to draw a car.

But one should never underestimate the value of rugged capability and sheer charm, because the Jimny has already proven wildly popular. In fact, with Suzuki in Japan allocating just 1,200 units a year to the UK, and well over 10,000 orders taken already, buyers may be in for a hefty wait if they want to get their hands on this pint-sized 4×4.

However, if you’re just after an exceptional off-roader but don’t want to pay the many thousands for a brand-new Range Rover or Toyota Land Cruiser, don’t fear – here are some of the best models you can pick up for the £15,499 price of a Jimny. Just without the wait.

There are many aspects of car ownership to be concerned about, but when looking into Land Cruisers you can at least rest easy that reliability isn’t one of them. These beasts can look pricey against similar vehicles of an equivalent age and condition, but in a nutshell a properly maintained Land Cruiser is likely to outlast the stable orbit of the moon. 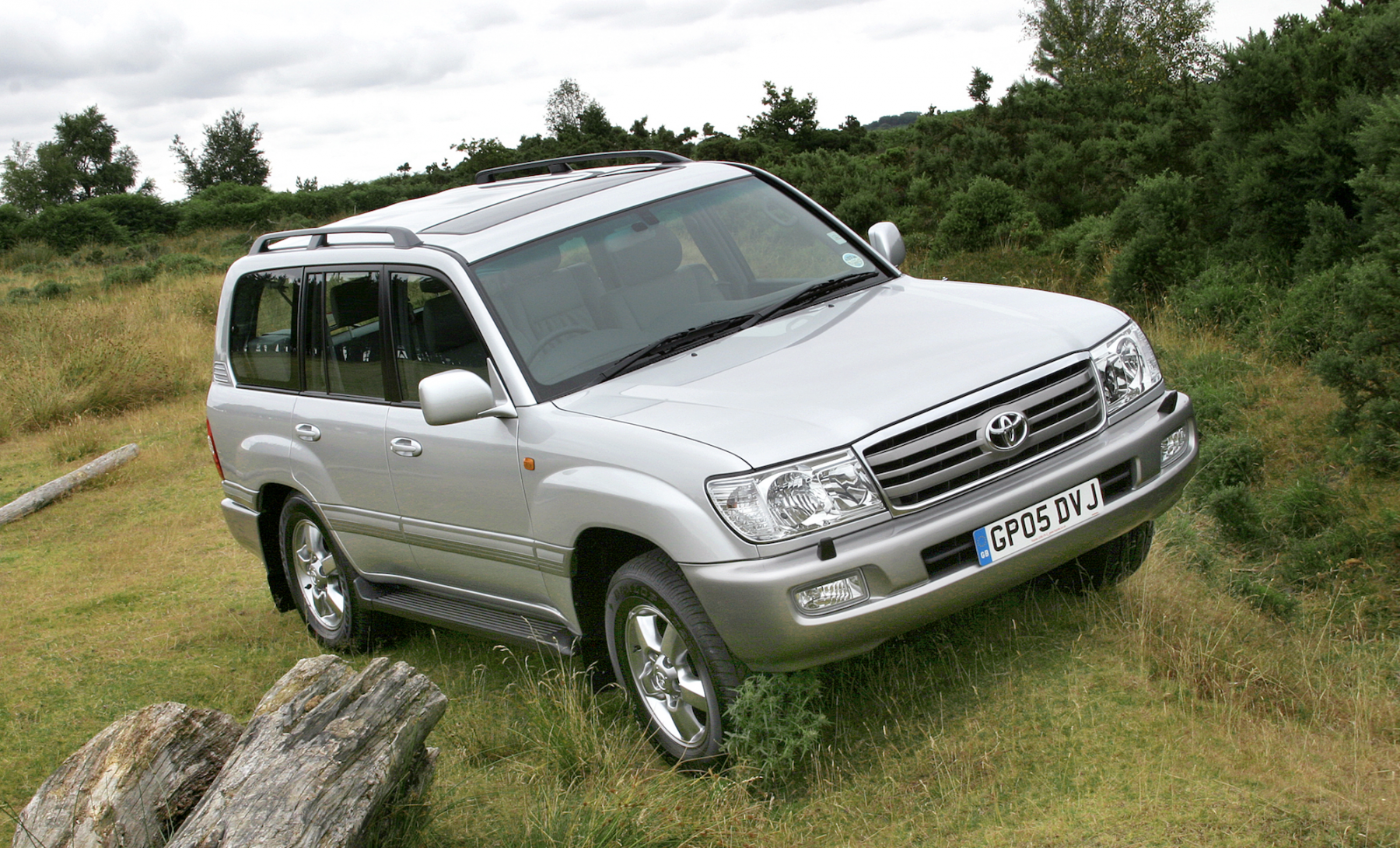 They’re also near-unbeatable off-road and, in the era we’re buying from, packed with enough kit to keep most people happy. Expect leather upholstery and electric everything.

In contrast to the Land Cruiser, Land Rovers aren’t known for being endlessly reliable – but a few gremlins here and there are no reason to dismiss the Discovery. For a start, they’re fantastic family cars – the Discovery ‘4’ that we’re looking at will seat seven adults with ease. 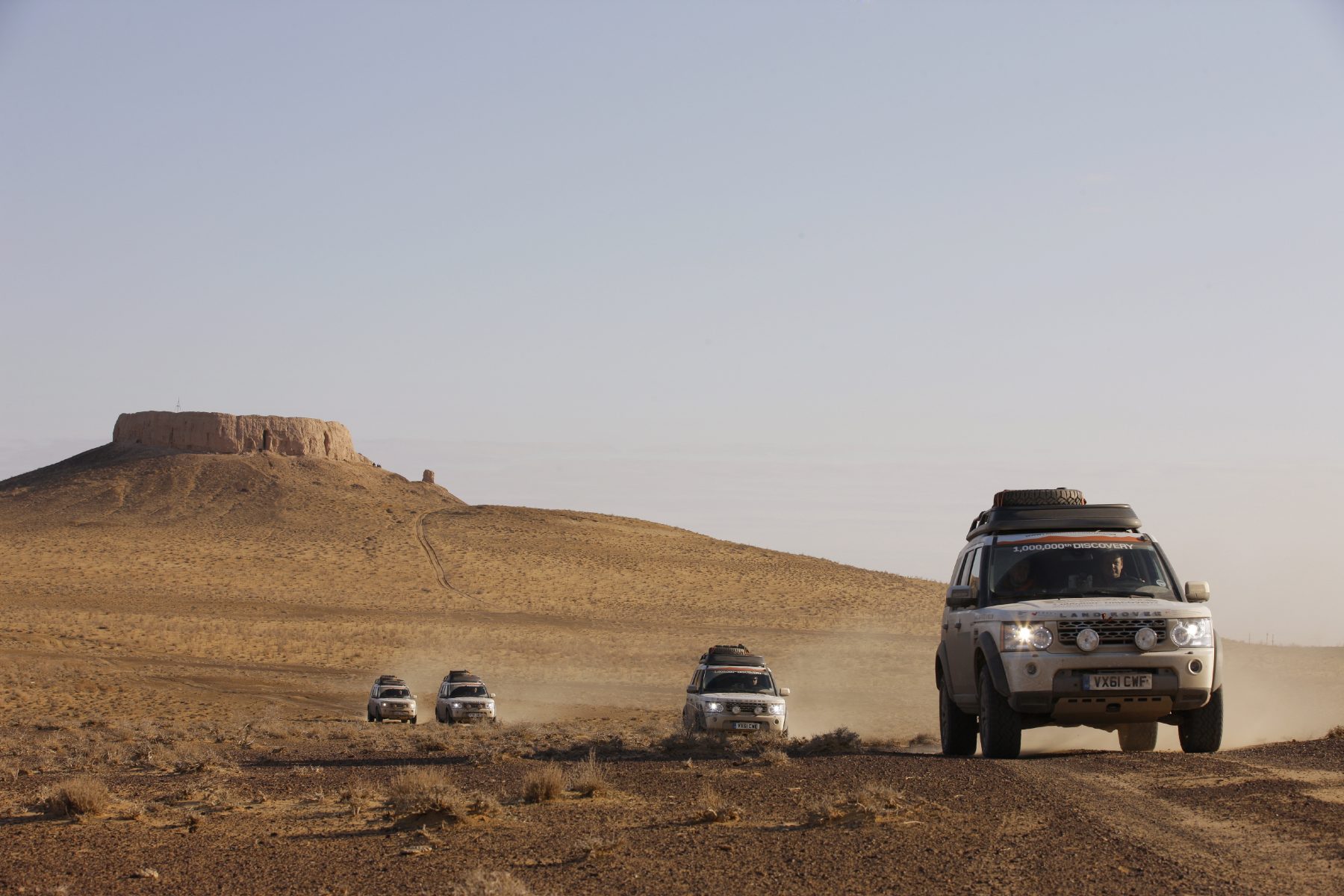 Thanks to Land Rover’s clever ‘Terrain Response’ system, heading off-road need be no more difficult than simply flicking a switch and turning a dial – and soon, you’ll be happily plugging through the mud all the while ensconced in leather and wood. Lovely.

Jeep’s Wrangler shares a similar appeal to the Jimny, in that it offers old-school looks with a slightly more modern driving experience. At this price point you’ll be able to nab a decent example (though they do tend to command quite high prices used) but be warned – as good as they are on the rough stuff, they do tend to be quite wearing to drive on-road.

The Nissan Patrol is big, brash and impeccably good off-road, making it a real contender against a new Jimny. For the same cost as the little Suzuki you’ll be able to grab a low-mileage example, powered by a 3.0-litre turbodiesel. With space for five and a big boot, it’s very practical too. 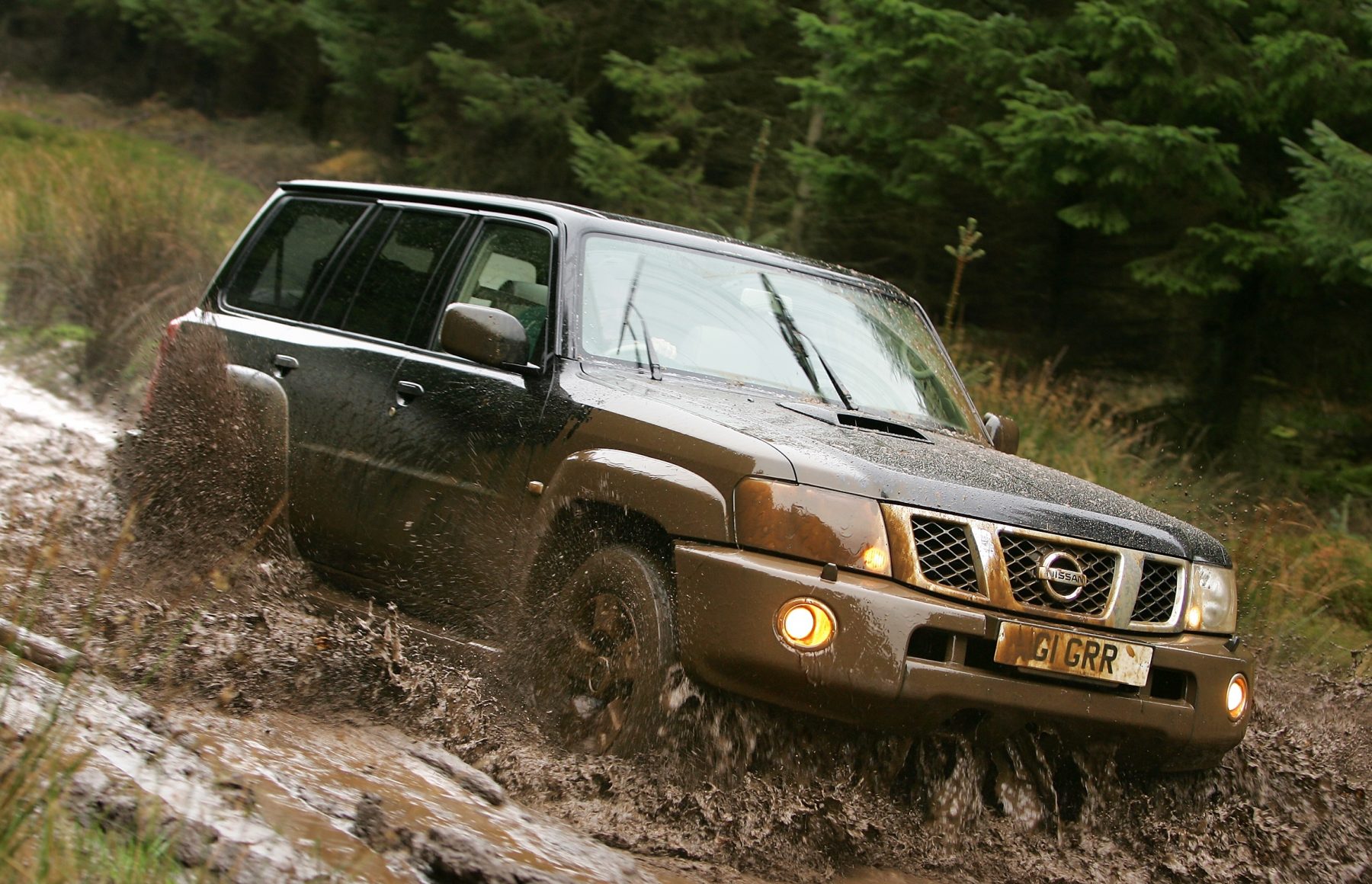 If you can’t deal with waiting for the new Jimny, why not just go for the previous model? Used prices have already started to creep up in response to the new car’s massive waiting lists, but you can still net yourself an absolute bargain. Prices range from a few hundred quid for well-loved older models to around £14,000 for a nearly brand-new example. 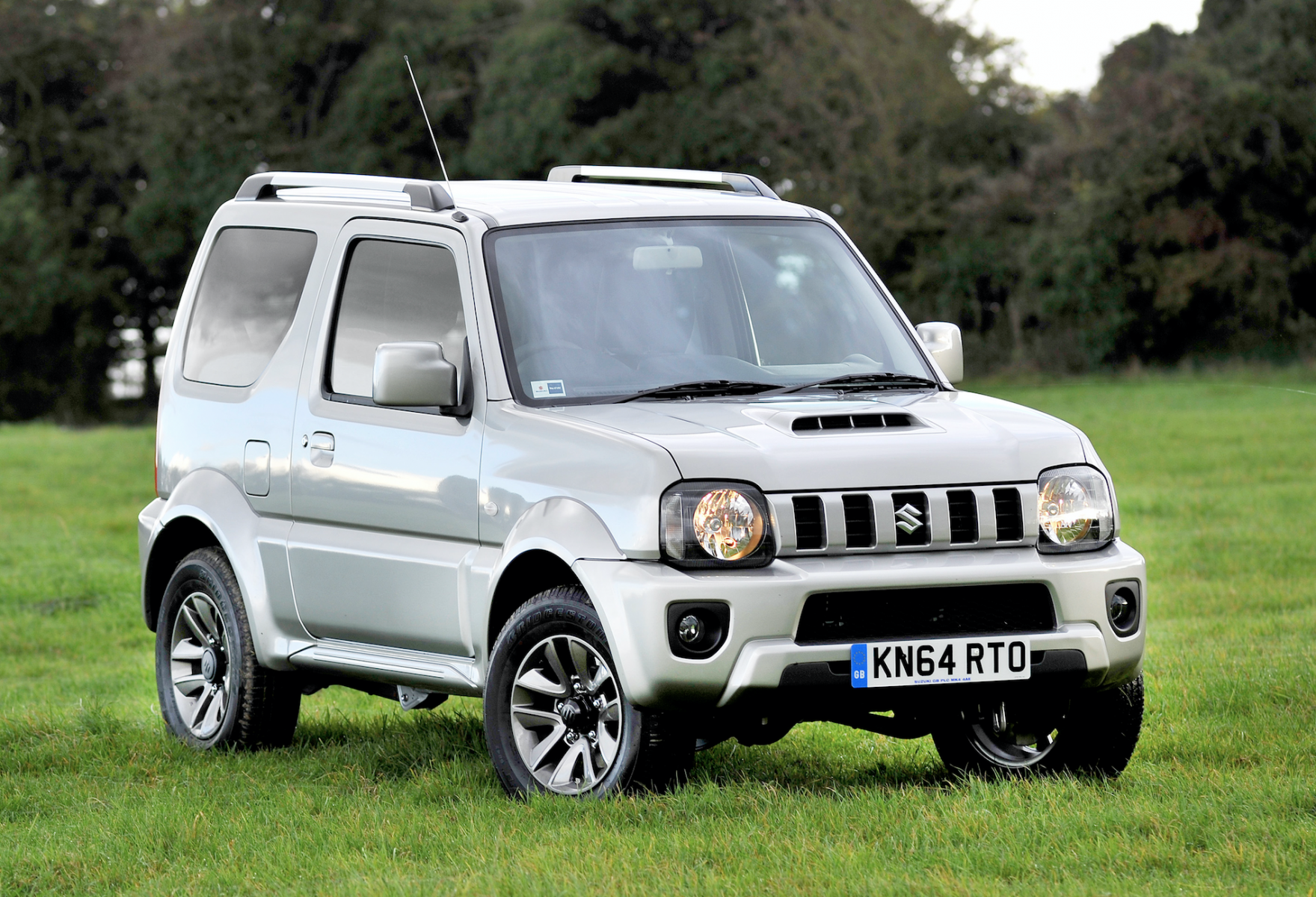 Clearly, the Jimny’s on-road manners leave much to be desired, but these little terriers will keep up with any larger machine on the rough stuff, and have proven truly tough over their two decades on sale.

The Range Rover was a bid to take the Land Rover formula of rugged off-road ability and give it a tickle to make it as good on the tarmac as a conventional car. 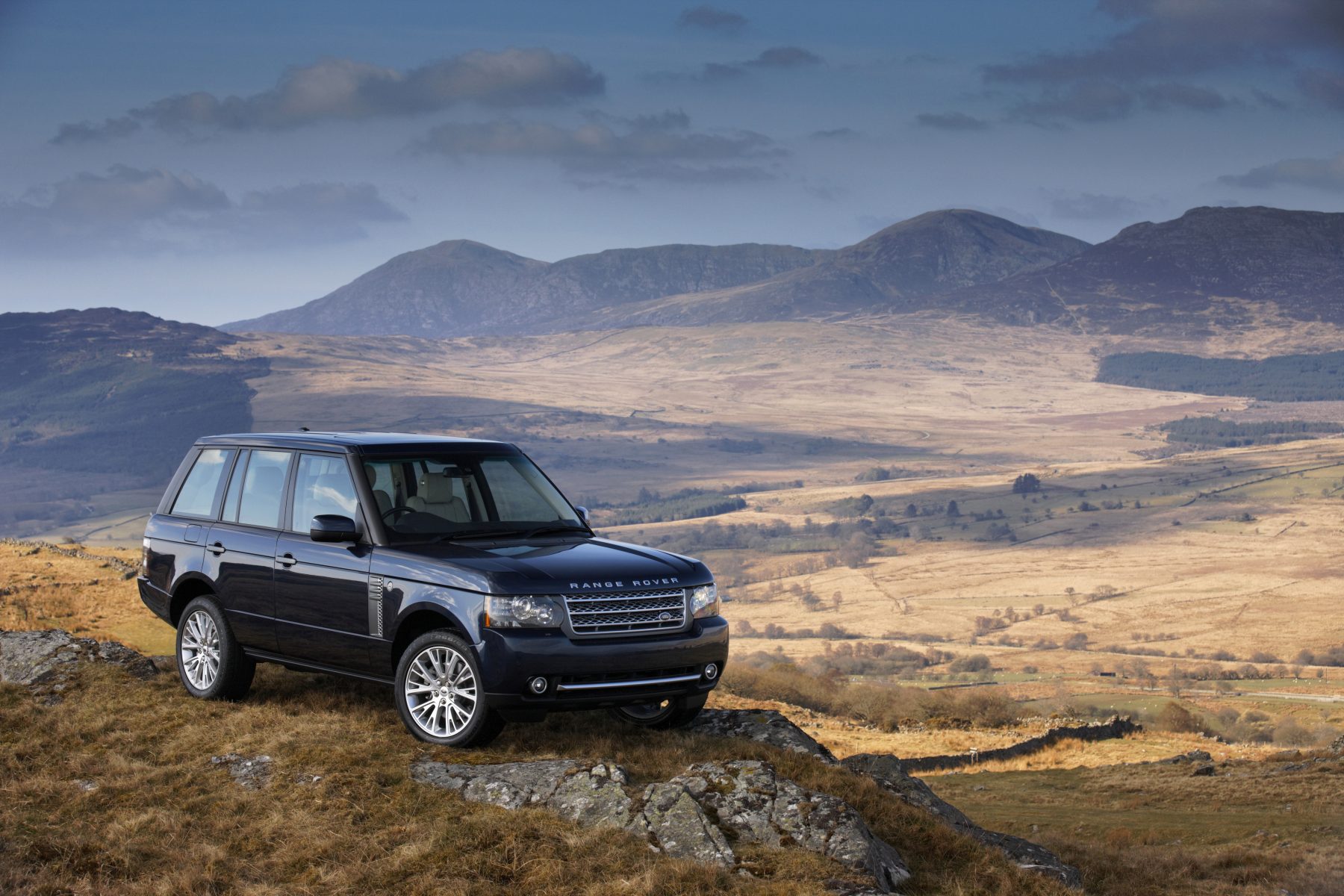 Nearly five decades of fettling later and the modern Range Rover is a genuinely wonderful thing – easily capable of competing with both a hardcore off-roader and a luxury limousine. Opt for service history before age and you’ll mitigate as many reliability woes as possible.

Think Subaru, and you’ll imagine one of two things. The first is probably images of youths in a McDonald’s car park revving their souped-up Imprezas — but perhaps also of cars that can tackle anything thrown its way.

Enter the Forester, a classic example of basic-but-reliable engineering. Over its two-decade life cycle, it’s gained a reputation as a machine for tackling mud, snow, shallow rivers and even Tesco car parks without so much as a problematic start up. Thanks to its popularity in the UK, early examples can be had for mere pennies — while late, low-mileage cars still come well into budget.

Fiat and dependable off-roader might not be the choice play in a game of word association, but the Fullback certainly files under the category. That’s thanks to its Mitsubishi underpinnings, effectively being little more than a rebadged L200, this Thai-built machine has the ability to take on even the toughest terrains. 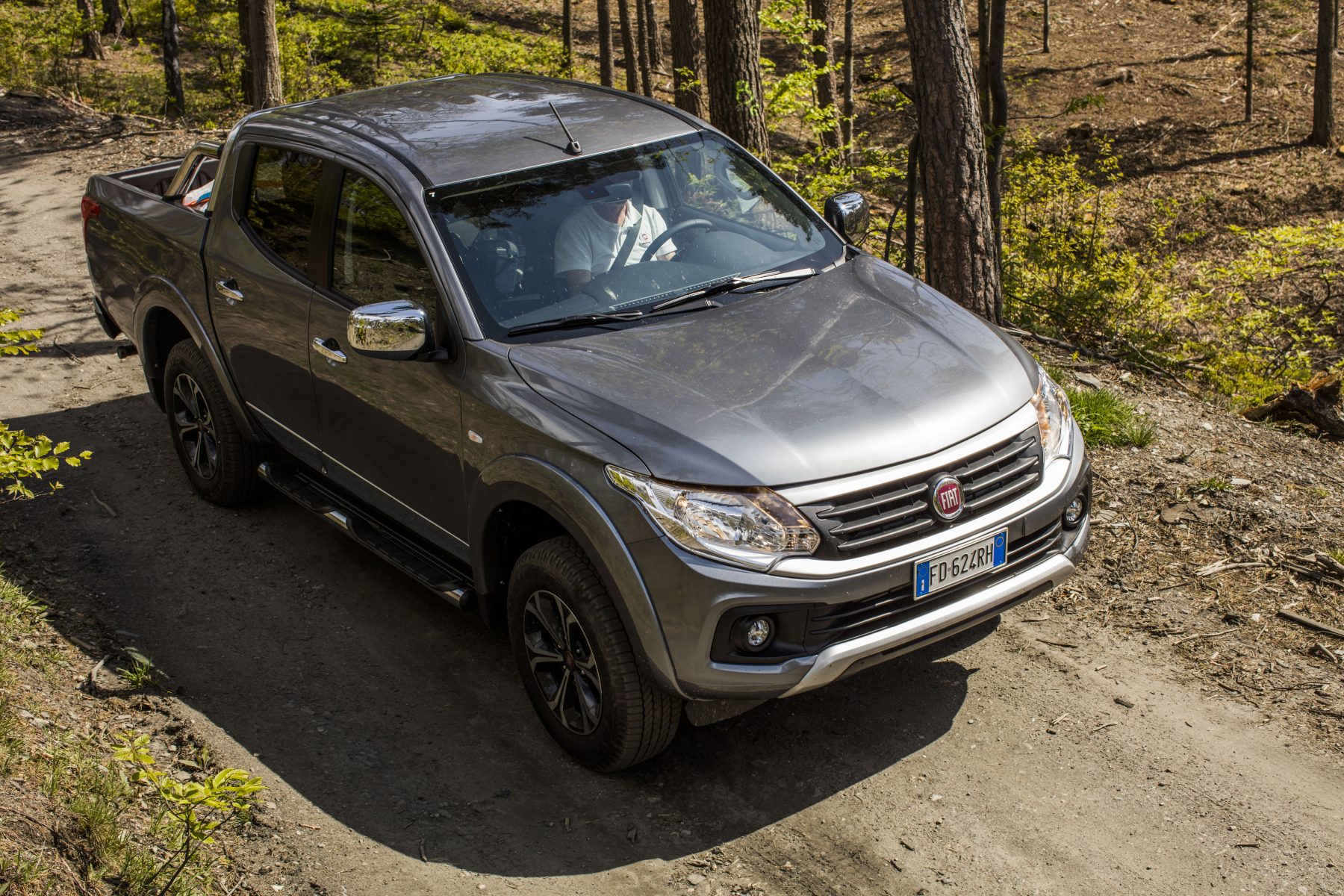 It’s also still a fairly new machine too, having been in production since 2016. Despite this, prices have fallen below the £15k mark towards the lower end of the market — meaning it’s possible to get a virtually new, larger machine than a Jimny for the same price.

The Shogun name has been applied to quite a few vehicles over the years, so it’s important to know that you’re buying the correct one. While Shogun Sports and Shogun Pinins are all interesting cars, it’s the big daddy we’re interested in – the full-sized Shogun. 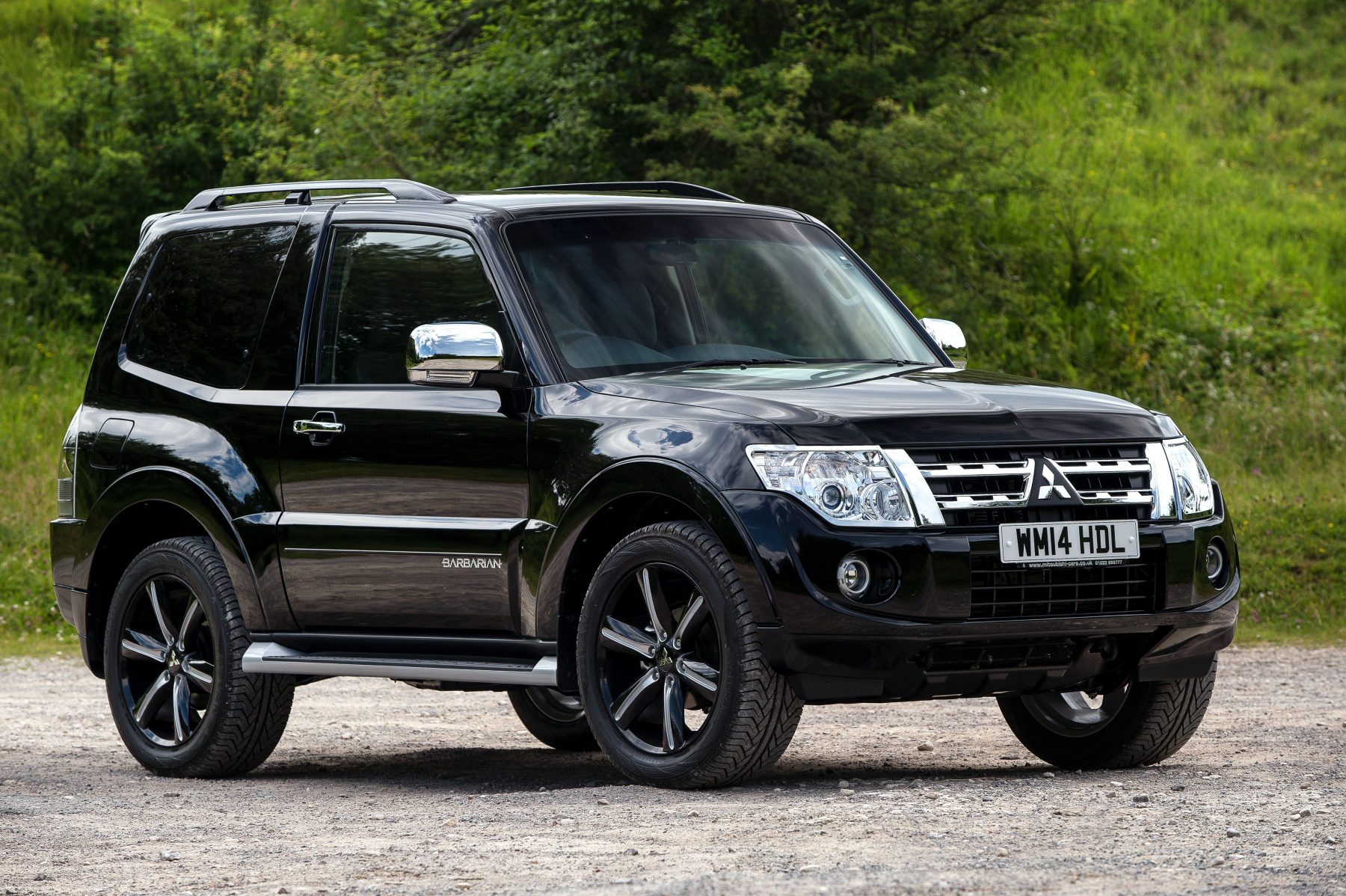 Powered by a massive diesel engine, based on a super-tough ladder frame and with a boxy, no-nonsense body on top, the Shogun is a classic case of the rugged off-roader done right. The current model’s been around for donkey’s years, so your budget will grab you a car that doesn’t even look too out-of-date.