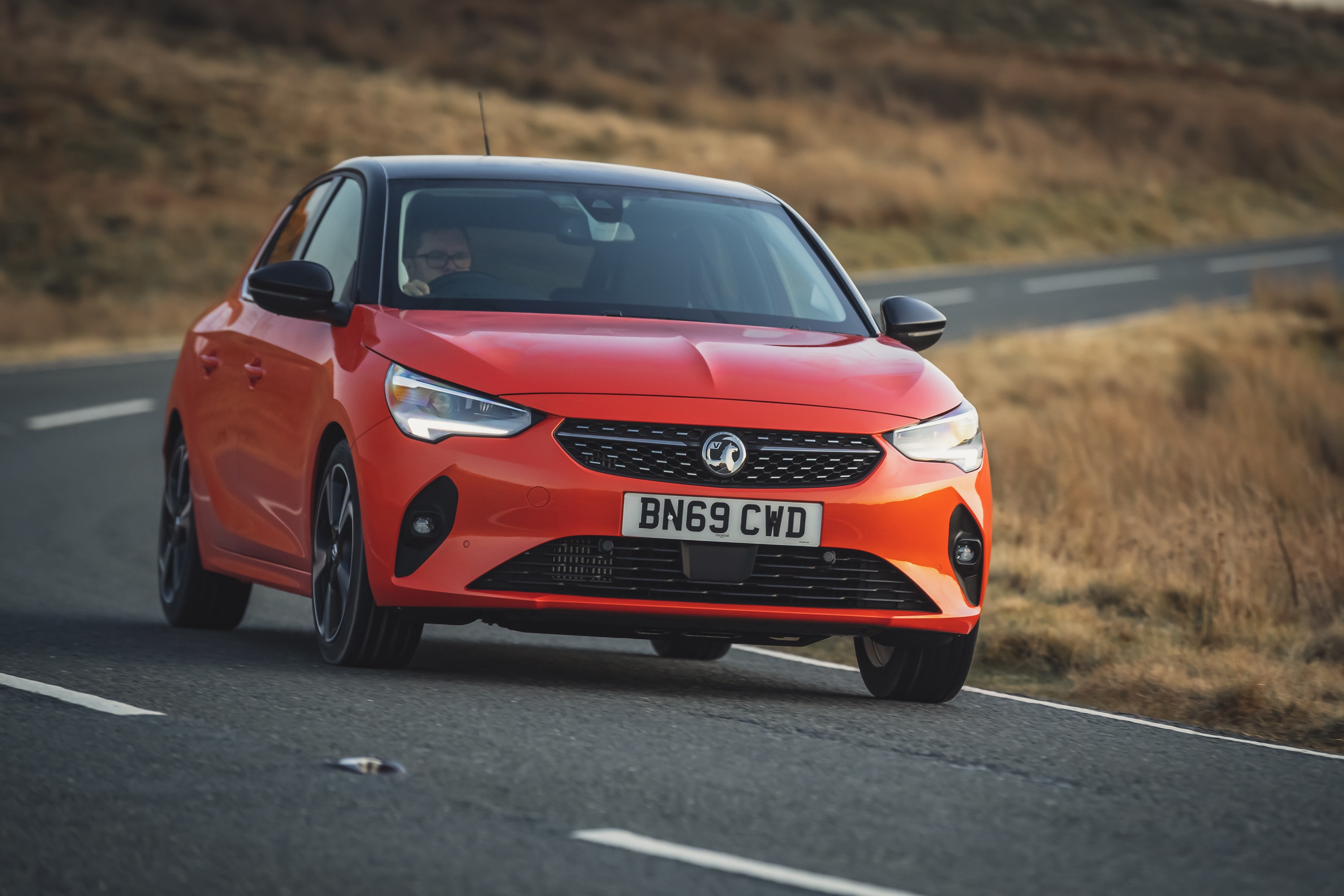 First Drive: Vauxhall’s Corsa arrives to shake up the segment

The all-new Vauxhall Corsa has arrived with a lot of expectation on its shoulders. Jack Evans gets behind the wheel to see what it’s like…

First Drive: Vauxhall’s Corsa arrives to shake up the segment

The Vauxhall Corsa is a household name and has, throughout the years, come to represent frugal and value-for-money motoring at its most effective. Now, there’s a fifth-generation Corsa, and it’s the first all-new Vauxhall since PSA Group took ownership of the company.

It means the hatchback is underpinned by a new platform, with fresh engines and technology too. But the question stands – is it actually any good? We’ve got behind the wheel to find out.

As we’ve already mentioned, the new Corsa uses a new platform as its basis and it’s one shared with the Peugeot 208. It means that the Corsa offers more space than before but crucially, the driver sits lower than they would’ve in the older model – so that should equate to a more involved, more sporting-led feeling from behind the wheel. 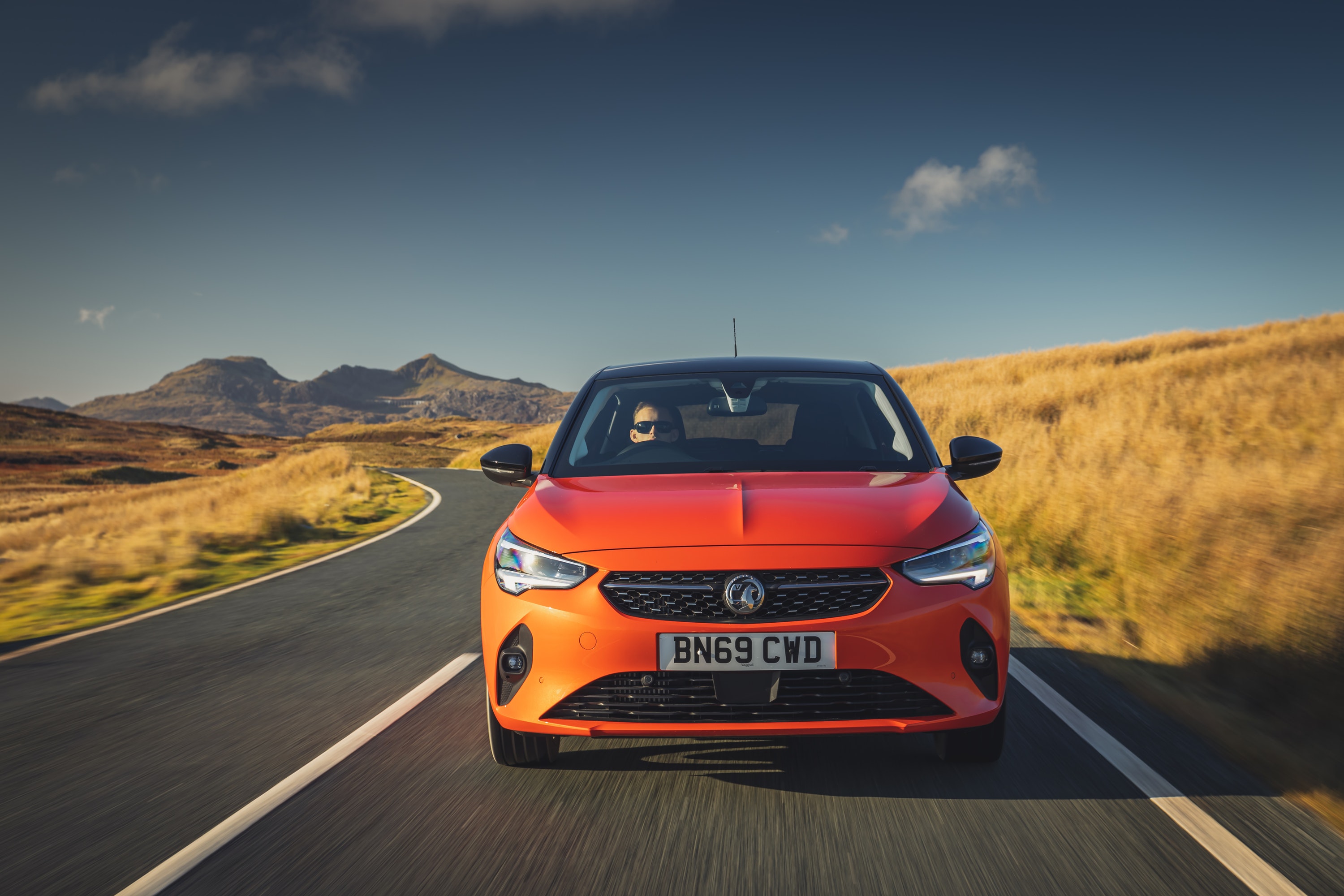 There are engines fresh from the PSA playbook too – though we’ll get to those in more details shortly – and a new multimedia system has been incorporated into the car’s interior to keep the Corsa in line with rivals.

Our test car featured a 1.2-litre turbocharged petrol engine under the bonnet, sending 99bhp and 205Nm of torque to the front wheels via a six-speed manual gearbox. It’s likely to be one of the most popular powertrain options, owing both to its relatively sprightly 0-60mph time of 9.3 seconds and, more importantly, it economy figures of up to 52.3mpg combined and 96g/km CO2 output.

A single diesel unit sits in the range along with a non-turbocharged petrol unit. And, of course, this is a platform which has been created with electrification in mind, which is why an all-electric Corsa-e is set to join the ranks shortly. We suspect that this 1.2-litre turbo and the electric model will be the most-picked options in the Corsa range.

One of Vauxhall’s engineers told us that the previous-generation Corsa drove a little ‘like a minivan’, and we’d have to agree. It’s why the firm has worked hard to improve the dynamism of this latest generation car and it’s pleasing to report that this focus has paid dividends. The Corsa steers, corners and rides far more favourably than the car it replaces, with good levels of grip and decent body control. But don’t think that to gain this it’s been turned into a bone-shaker – far from it – as the suspension has been well-judged for the UK’s craggy roads. 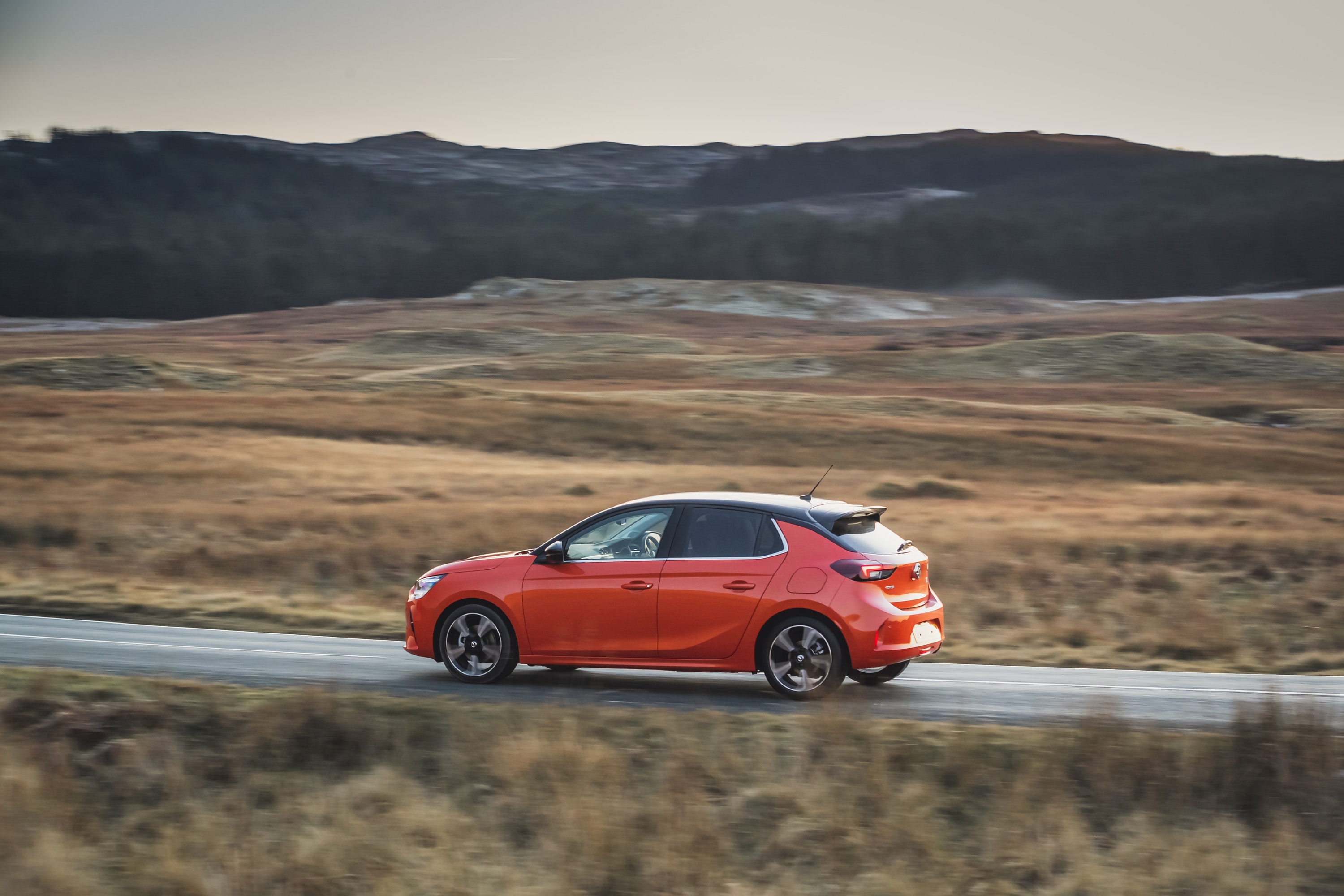 The 1.2-litre turbocharged engine is a great fit too, with that healthy amount of torque meaning that it never feels breathless. The gearshift itself is a touch wooly (and this is what we’ve come to expect from PSA cars) but it’s light and easy to use, so it’s not too much of a bother to operate.

The design of the Corsa represents a big step forward for the brand. It’s not too fussy, but not lacking in interesting features, either. The front end of the car gets the firm’s new family ‘face’ – with the Vauxhall logo made prominent on the nose – while the ‘floating’ contrast roof of our test has been incorporated to make the Corsa look less top-heavy.

Around the back is where the styling is particularly strong (in our eyes) with cuts to the bodywork giving the impression that that car is much wider than it actually is. It’s a well-executed design overall, that’s for sure.

It’s easy to tell that Vauxhall has pushed hard to increase the perceived quality of the Corsa’s interior, with soft-touch materials used for areas such as the dash and door cards. There’s plenty of visibility up front, too, with the wide windscreen and relatively slim pillars meaning your forward view isn’t too restricted. The flat-bottomed steering wheel is a good touch, too, and though the heating and ventilation controls feel a little outdated, they’re simple to use and well-placed. 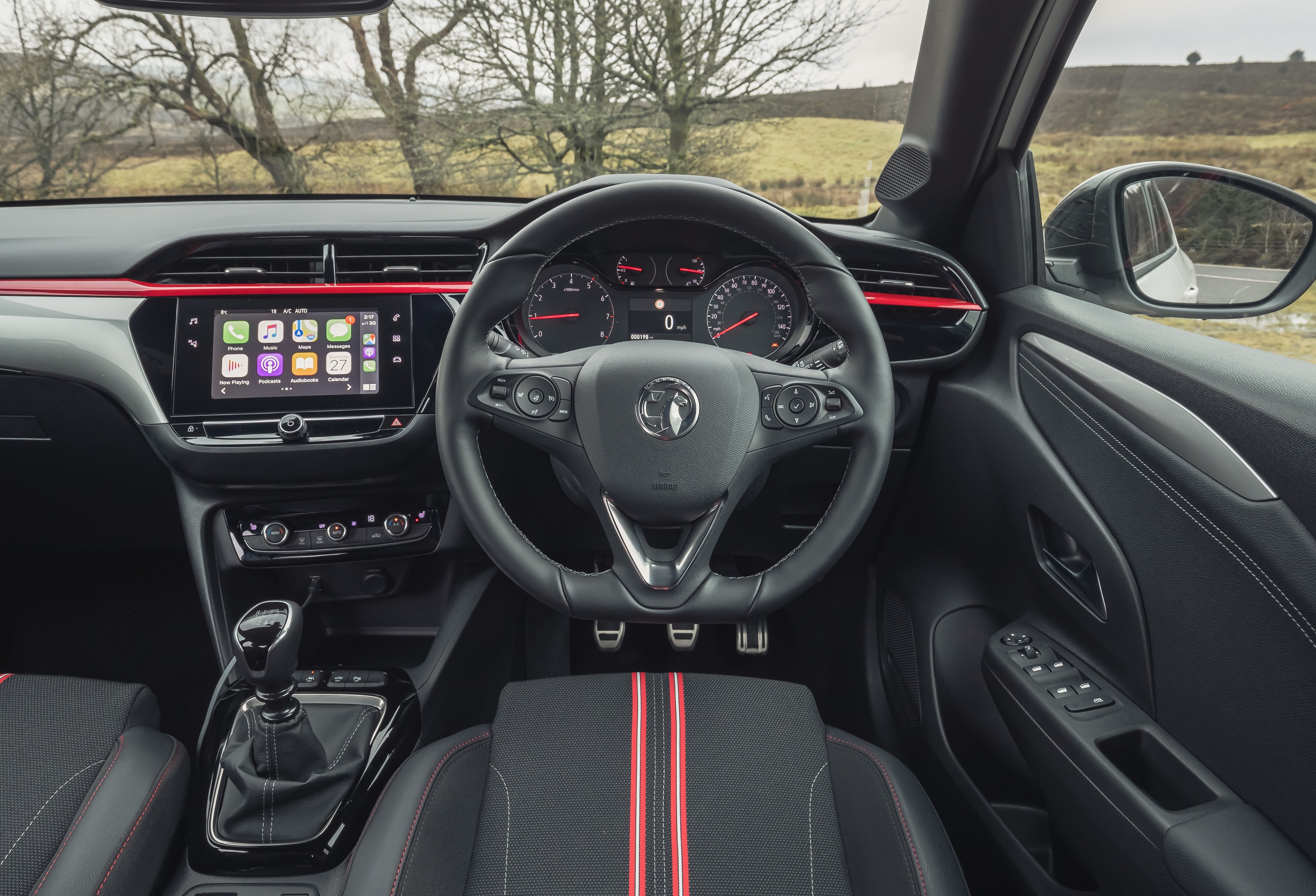 There’s a decent amount of boot space too. With the rear seats in place, there are 309 litres of room to play with, rising to 1,118 litres with the back seats folded down. For context, that’s larger than the Ford Fiesta’s 292 and 1,093 respective litres. Oh, and for this generation Corsa, only a five-door version will be available – no three-door version is planned. 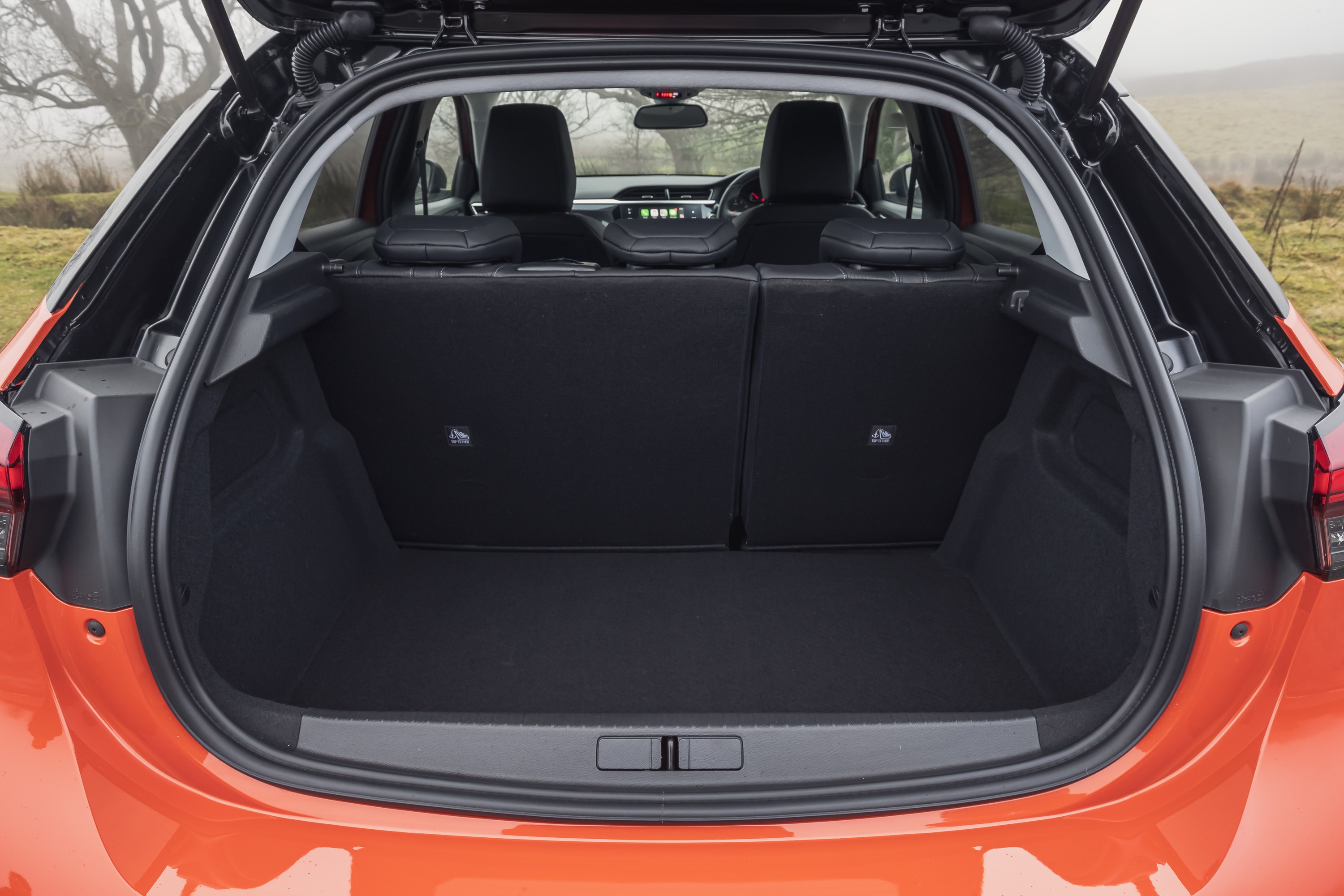 The new Corsa gets plenty of equipment as standard, with our £20,350 Elite Nav Premium car (£21,000 after options) getting a 10-inch infotainment system with Apple CarPlay and Android Auto as well as electronic climate control, automatic headlights and 17-inch alloy wheels all included in the vehicle’s base price. 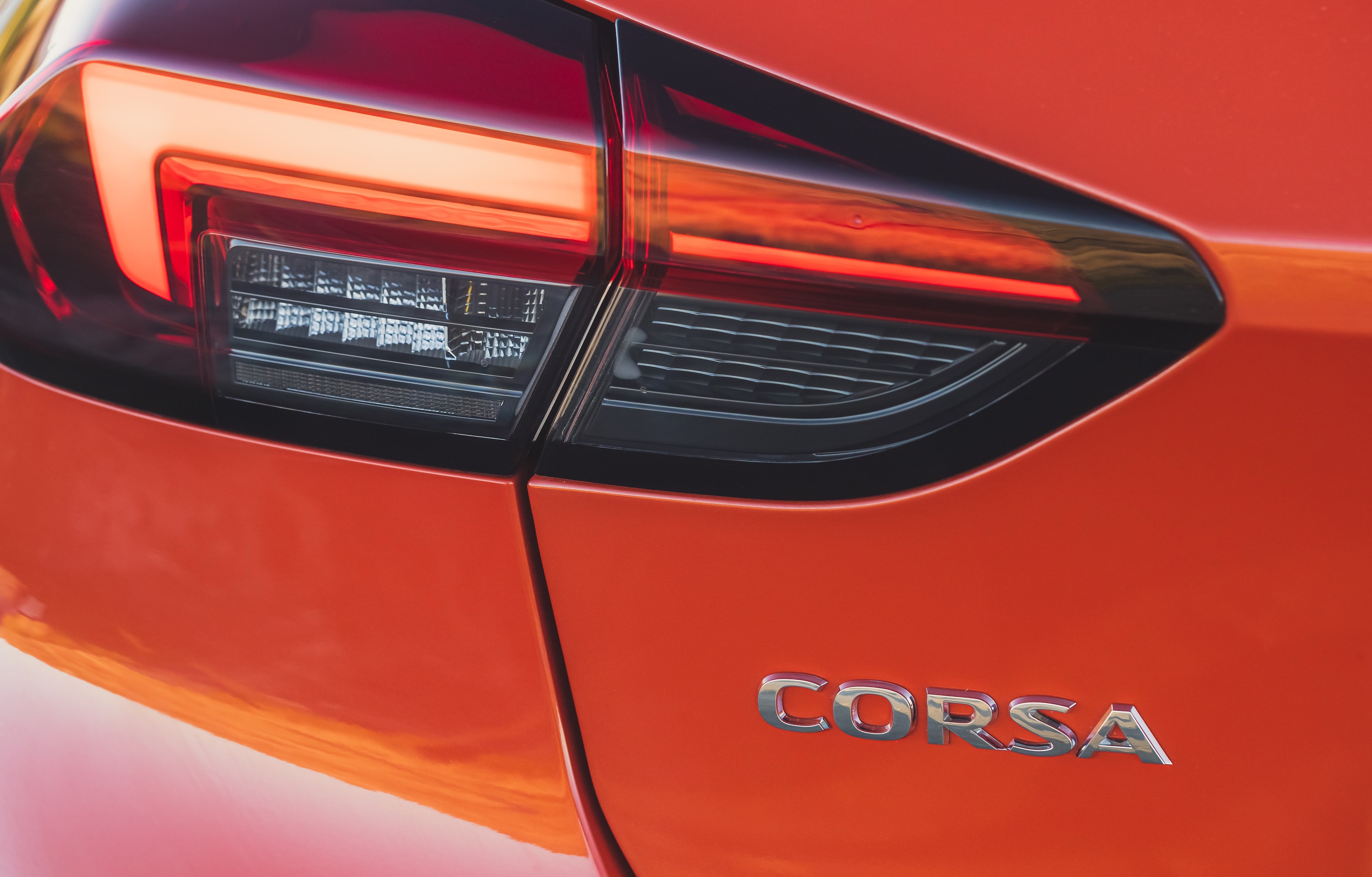 That said, even base-spec SE cars still get CarPlay and Android Auto (albeit displayed on a smaller seven-inch screen) and 16-inch alloy wheels as standard, so opting for an entry-level trim level doesn’t mean you’ll be doing without some key creature comforts, either.

With over 2.1 million Corsas sold in the UK since it launched in 1993, you can understand why Vauxhall has brimmed this latest model with technology while improving efficiency and practicality in one fell swoop.

It’s all paid off, thankfully, while PSA’s ownership has meant that crucial areas – such as the powertrain, for one – feel more refined than they ever did before. More than anything, though, the Corsa drives far more convincingly than previous generation cars ever have and it’s just another reason why this latest version is likely to go down so well.