The Vauxhall Astra has proven to be a popular car but will it's recent update compete with other hatchbacks on the market?

There’s no denying the Vauxhall Astra is a very popular car. Having been on British roads for more than 40 years, it has become a mainstay of the British car market – so much so it’s been through seven generations and more than three million units have been sold.

But to keep up with some incredibly capable rivals, Vauxhall has recently given the Astra a refresh to give it more technology and improved engines. Will this update keep the Astra at the apex of the competitive hatchback market? We drove it to find out… 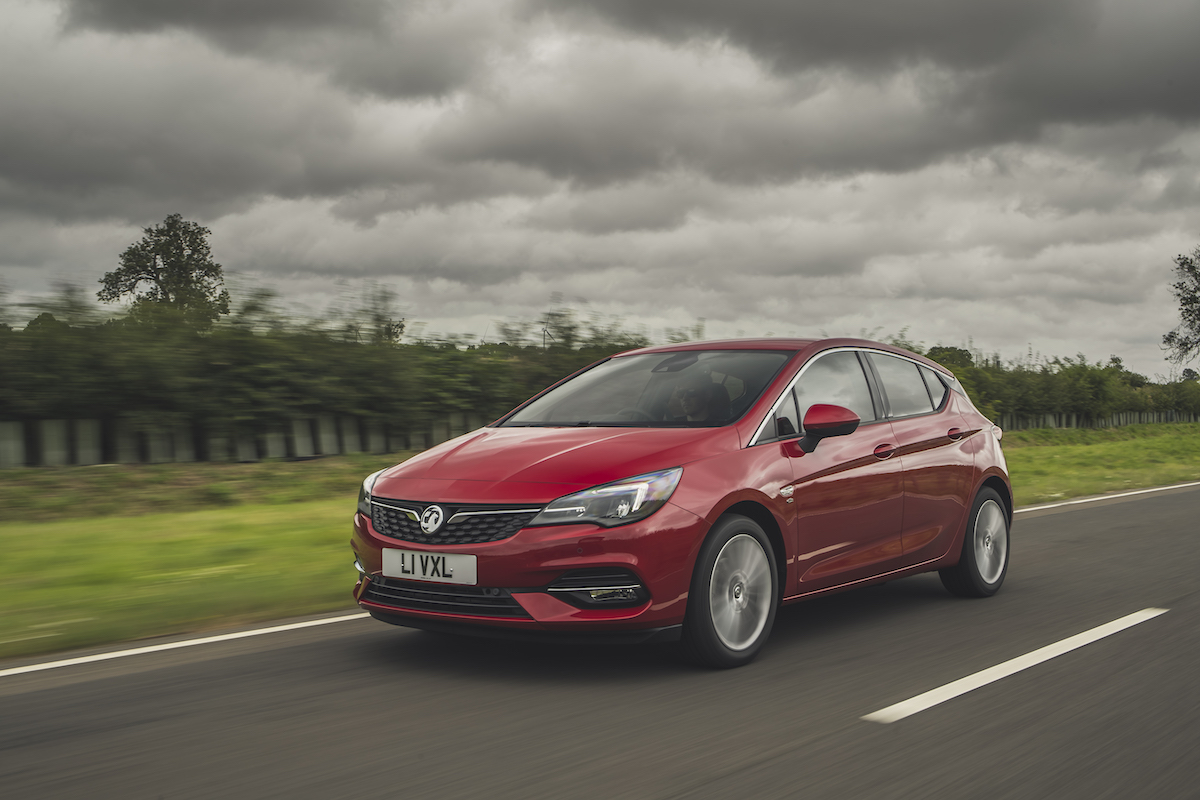 With the midlife update, Vauxhall has given the Astra a lot of new kit, and as it’s the first Astra to be built under Vauxhall’s PSA Group ownership, rightly so. It comes with an altered, more aerodynamic design – supposedly the best in its class – while chassis tweaks have also been made to make it more comfortable.

But Vauxhall has also taken some things away – mostly trim levels. The selection is now much simpler, with only seven options to choose from. Some features are now standard across the line-up, such as the infotainment touchscreens. But other kit such as wireless charging, a digital instrument display and sports seats will be on top-end models from the off.

Following the update, Vauxhall has introduced three new engines – two petrol units and one diesel. All are three-cylinder units – with the petrol units being 1.2- and 1.4-litre, while the diesel is a 1.5-litre.

We got behind the wheel of the top-end petrol – the 1.2-litre, 143bhp option that also develops 225Nm of torque. When paired to the six-speed manual transmission, it can get the Astra from 0-60mph in 8.8 seconds – topping out at 137mph.

Of the units on offer, this petrol sits towards the bottom in terms of efficiency – returning up to 54.3mpg and emissions of 99g/km CO2. If you want outright frugalness, go for the lowest-powered diesel – a 104bhp unit that can return up to 65.7mpg and 90g/km CO2.

After altering the chassis setup, the Astra copes well to iron the creases and cracks out of the road. The car we were in was on 17-inch alloys, so some of those bumps were transferred into the cabin – but it certainly wasn’t bad. Wind and road noise was well-concealed too. 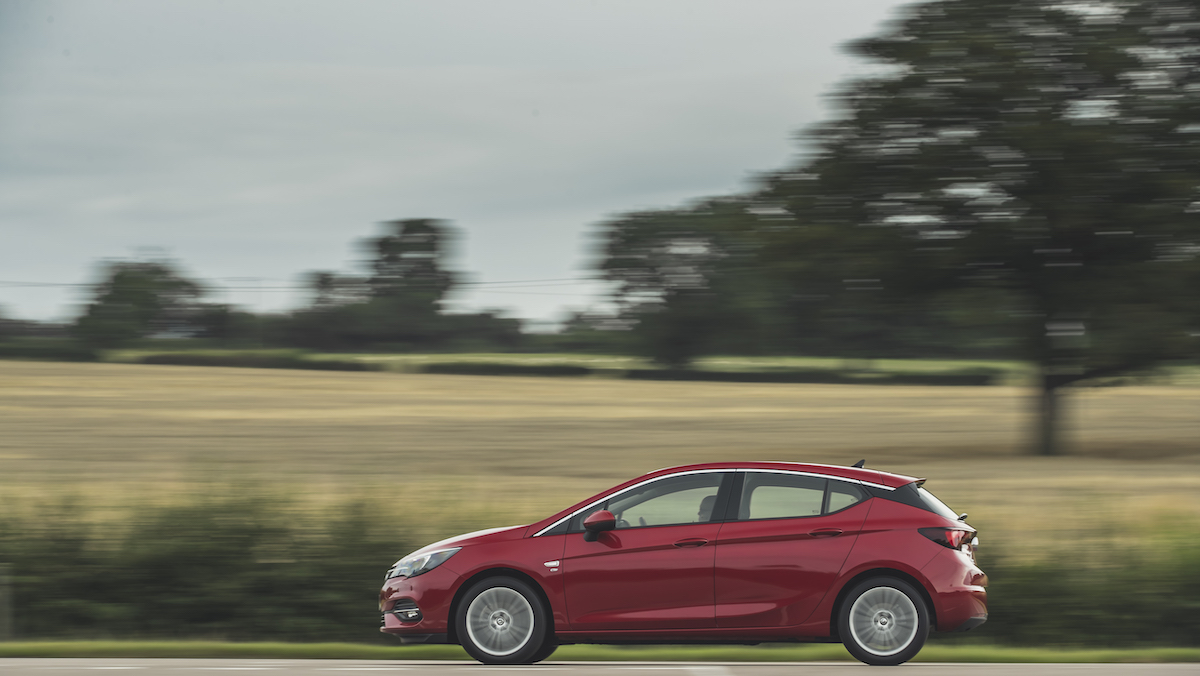 The engine and transmission combination we tried was nice to use – with the gear shift feeling smooth and the engine delivering its power efficiently. The electronic steering doesn’t offer much in terms of feel – but it’s accurate and direct so you can place the car on the road easily. It cruises excellently too, with all-round visibility only disrupted by smaller rear windows.

The midlife update has brought a new face to the Astra, with additional chrome and a sportier grille the major changes. Both are a nice start to the vehicle’s sleek design, and Vauxhall has added some elements you don’t see to help with aerodynamics too. The grille hides special flaps to direct airflow to aid fuel efficiency.

Matrix LED headlights come with a signature design and are fitted alongside the standard LED daytime running lights. The rear look hasn’t been altered much here, and that’s no bad thing as the Astra remains a handsome car.

It may not be the most enticing cabin in the world, but it’s easy to navigate and features fewer buttons than before. It’s been vastly decluttered and scratchy plastics are difficult to find – with all the trim pieces put together solidly. 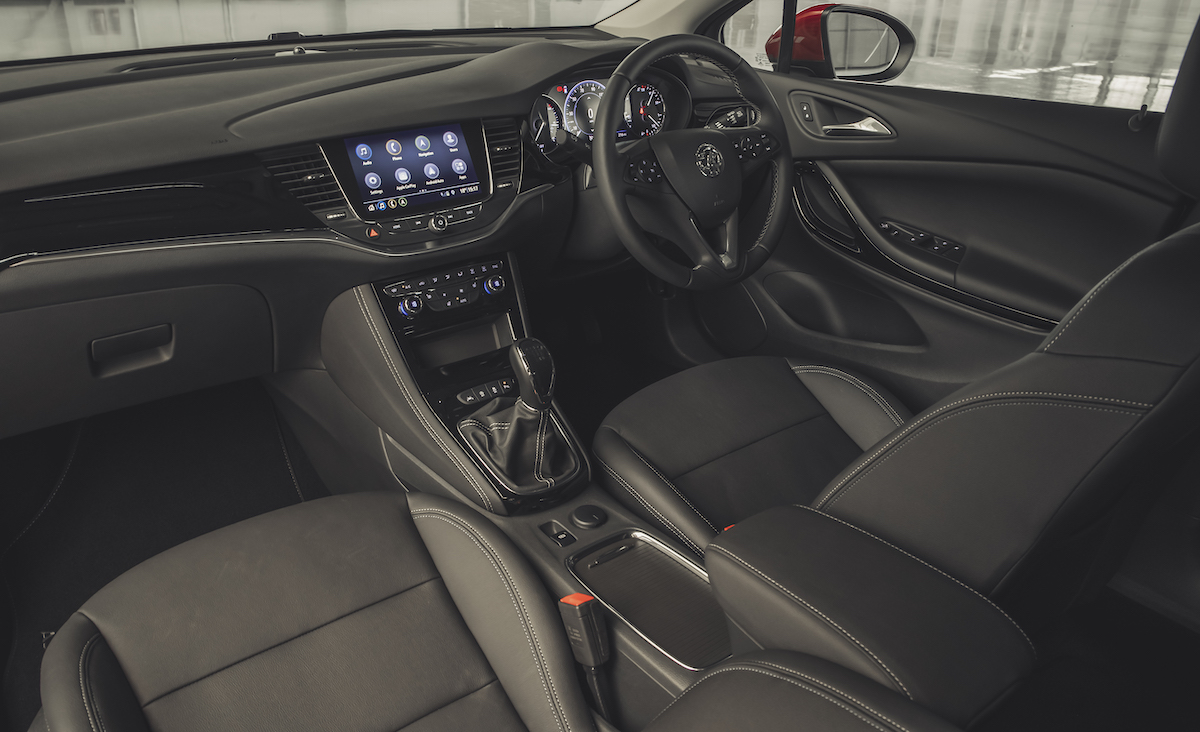 In the high-spec Elite Nav trim model we tested, leather upholstery was used throughout. The sport seats installed were very comfortable as well. This updated version is also rather spacious, with taller drivers allowing for plenty of legroom in the rear. The boot is well-shaped for storing items and has a capacity of 370 litres – with the boot lip at a manageable height too.

From the entry level of this model, Vauxhall ensured that it came with a high level of equipment. From the SE trim – starting from £18,885 – customers will find 16-inch alloy wheels, a seven-inch touchscreen infotainment system with smartphone mirroring, Bluetooth, air conditioning and cruise control. 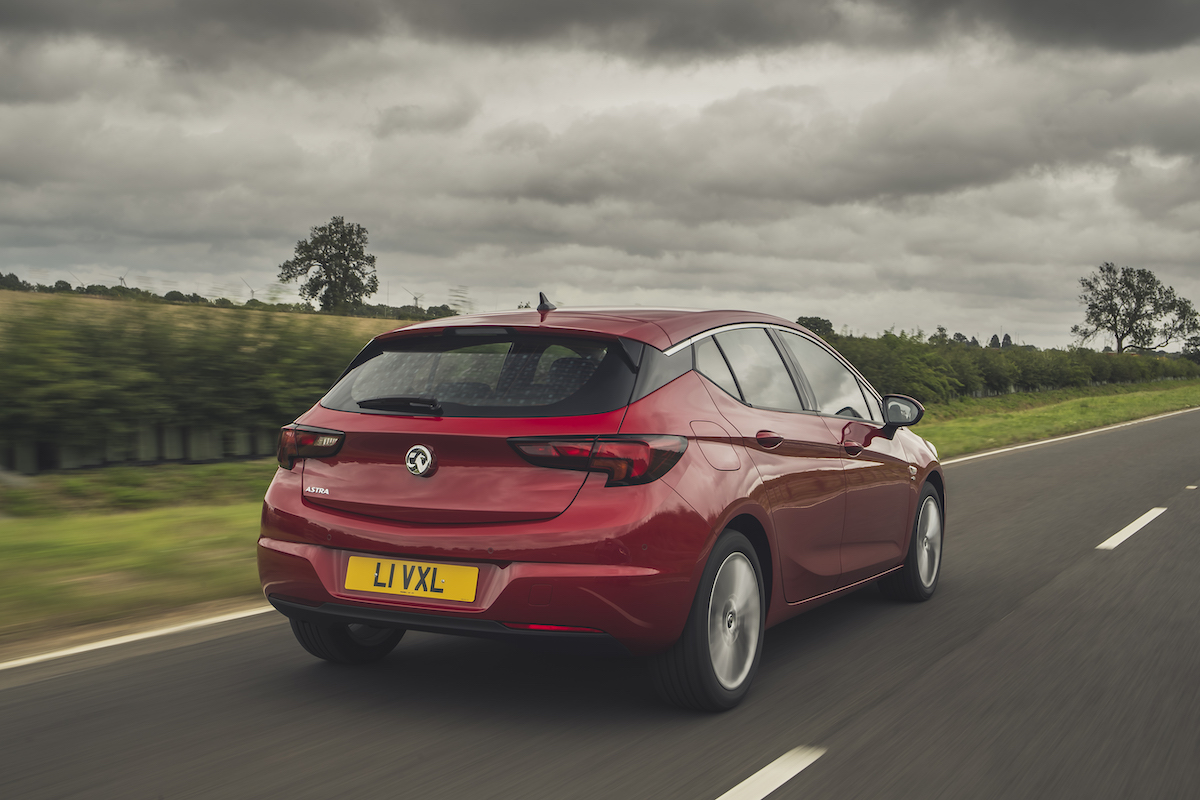 On the Elite Nav model we tested, there were 17-inch alloy wheels, an eight-inch touchscreen, climate control, leather seats and steering wheel with heating function, front camera system, LED headlights and an eight-inch digital instrument cluster. That costs £23,955 – while our test vehicle came with a few additions, such as the parking sensors and a heated windscreen, taking the total cost up to £26,210.

With this update, Vauxhall has kept the Astra up to speed with the majority of its rivals. The new engines and equipment pieces work well – but it falls short of the Ford Focus on the whole. The Astra is spacious, comfortable and nice to drive though – all attributes every driver should look for.

Having also tested the automatic transmission, we’d recommend you steer clear of that as it didn’t work as smoothly as the manual alternative.

This update won’t have changed one thing – its popularity with its core market. It becomes a more appealing package here, and that means it should remain a strong contender in the large hatchback segment.