Is an ‘N-Line’ branded crossover a step too far for Hyundai’s new ‘N’ performance brand? Ted Welford finds out.

Hyundai shocked the world back in 2017 when it showed off the i30 N hot hatch. When this South Korean manufacturer announced its intentions to break into the performance car world, many scoffed at the thought and certainly didn’t expect much from it. 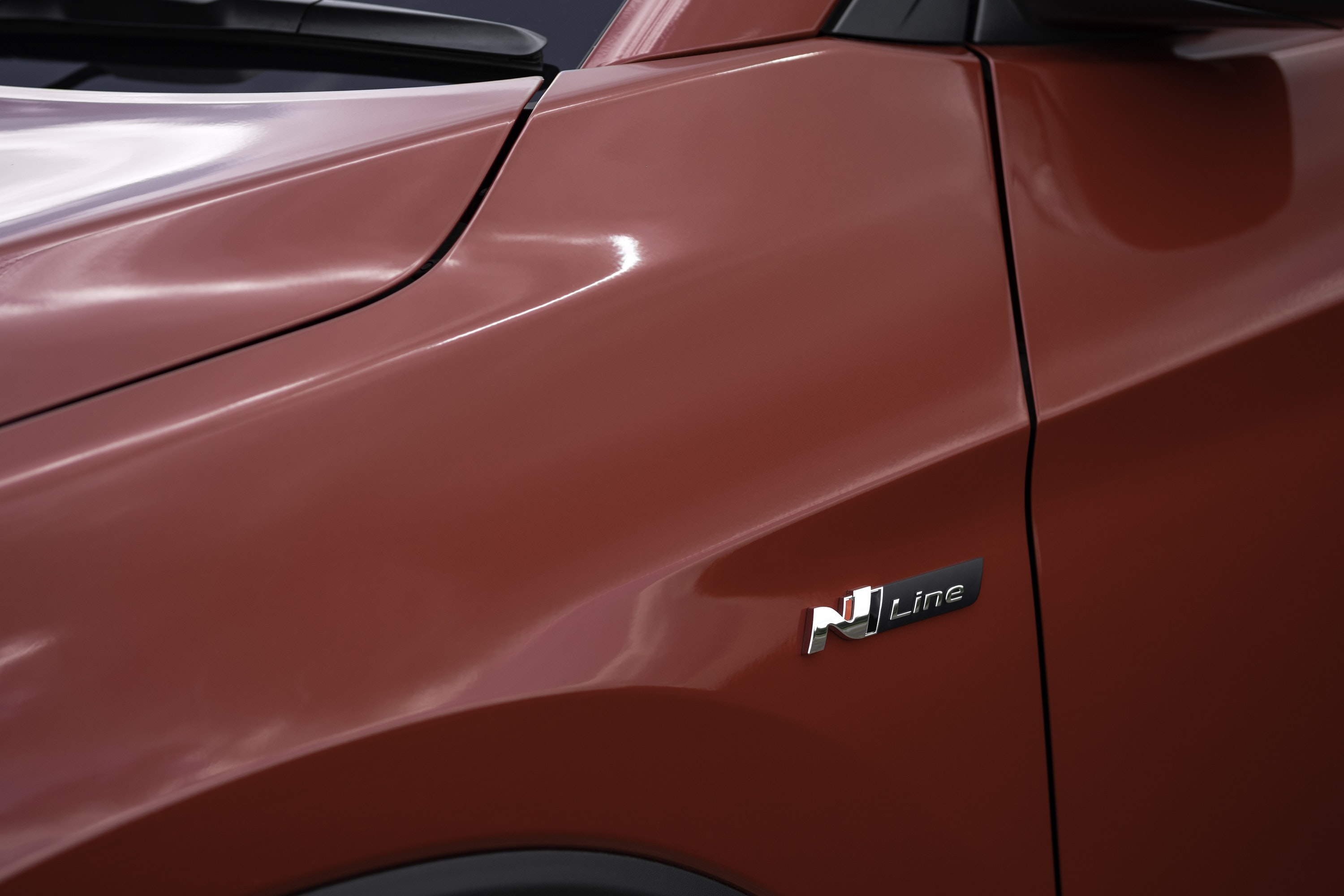 But the doubters were wrong, and the i30 N has since gone on to be one of the more coveted hot hatches on sale.

Little wonder then that Hyundai is expanding its ‘N’ range. Following the hot five-door i30, came the sleeker Fastback model, and then came the introduction of N-Line – one of the easiest ways of exploiting these performance sub-brands. Just look at Mercedes and the success of ‘AMG Line’.

And now there is a new N-Line on the block, the Tucson SUV.

It might seem odd for an N-Line version to come before the N, but it hasn’t stopped Hyundai from giving its best-selling Tucson the sporty treatment.

First up the styling, which sees the Tucson being given the trademark N-Line design to make it look as if it has some punchy V6 petrol engine under the bonnet. The inside also benefits from suede sports seats, along with lashings of red stitching dotted throughout the cabin. 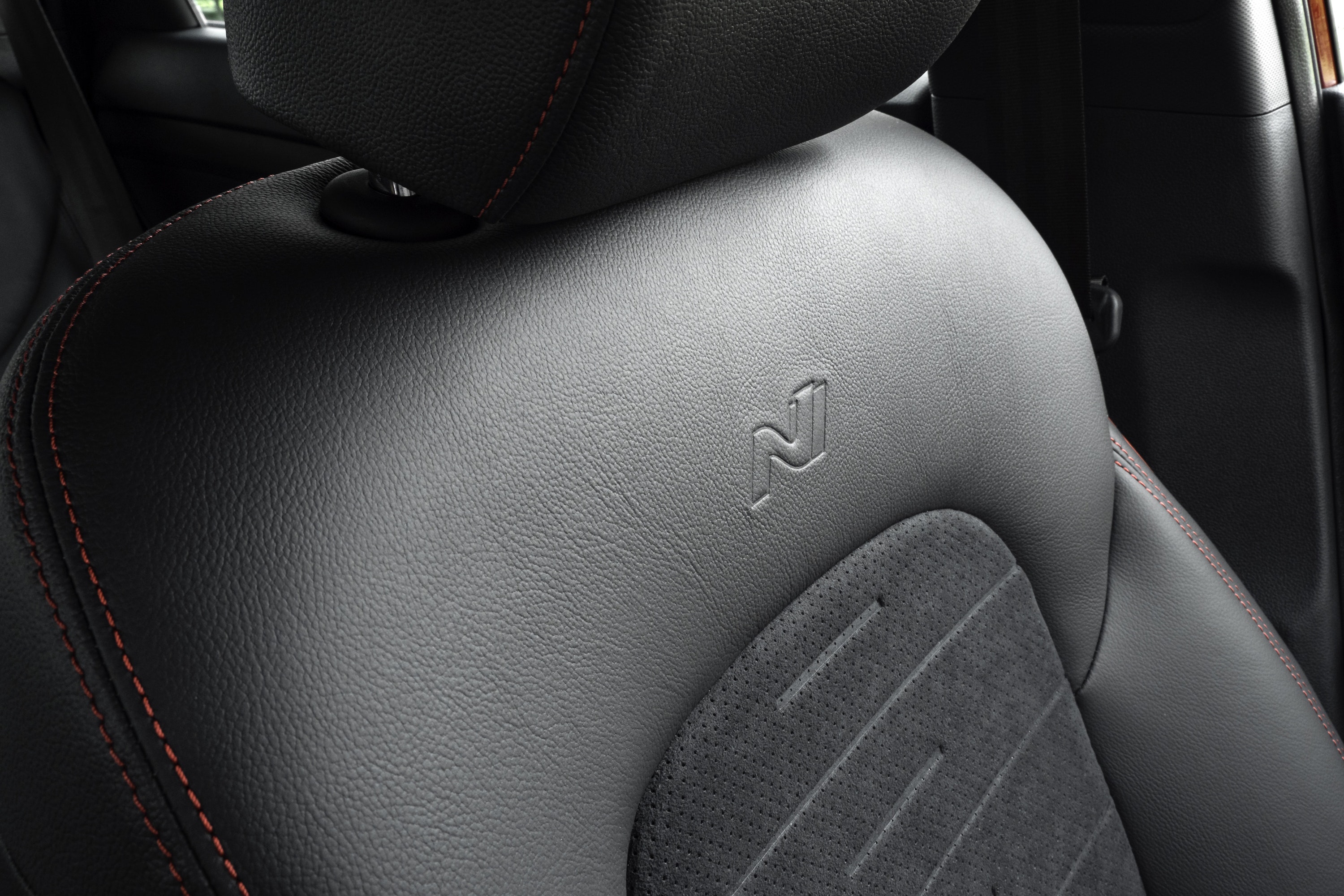 But there are also a few dynamic changes, too, though these are purely offered on the petrol-powered Tucson N-Line. More on those later.

Hyundai offers the choice of one petrol and one diesel engine – the former being the best fit for this ‘sporty’ trim level. Each is offered with either a six-speed manual or seven-speed dual-clutch automatic transmission.

Our test car utilised this faster petrol engine – a turbocharged 1.6-litre petrol unit producing 174bhp and 265Nm of torque. This results in a decent amount of punch, though it doesn’t feel particularly sporty, with 0-60mph taking nine seconds and it has a claimed top speed of 126mph.

But the biggest disappointment with this engine is the underwhelming efficiency – it just seems unnecessarily thirsty for little performance gain. In real-world driving, it will average around 30mpg, with CO2 emissions of 151g/km.

The 134bhp 1.6-litre diesel with mild-hybrid tech could, therefore, be the best option for high mileage users.

Go with the new petrol-powered Tucson N-Line and you might be surprised to learn that there are performance tweaks to back up this sporty billing. They are minimal (and quite hard to notice next to the normal car), but it features revised steering and firmed up suspension to minimise body roll. 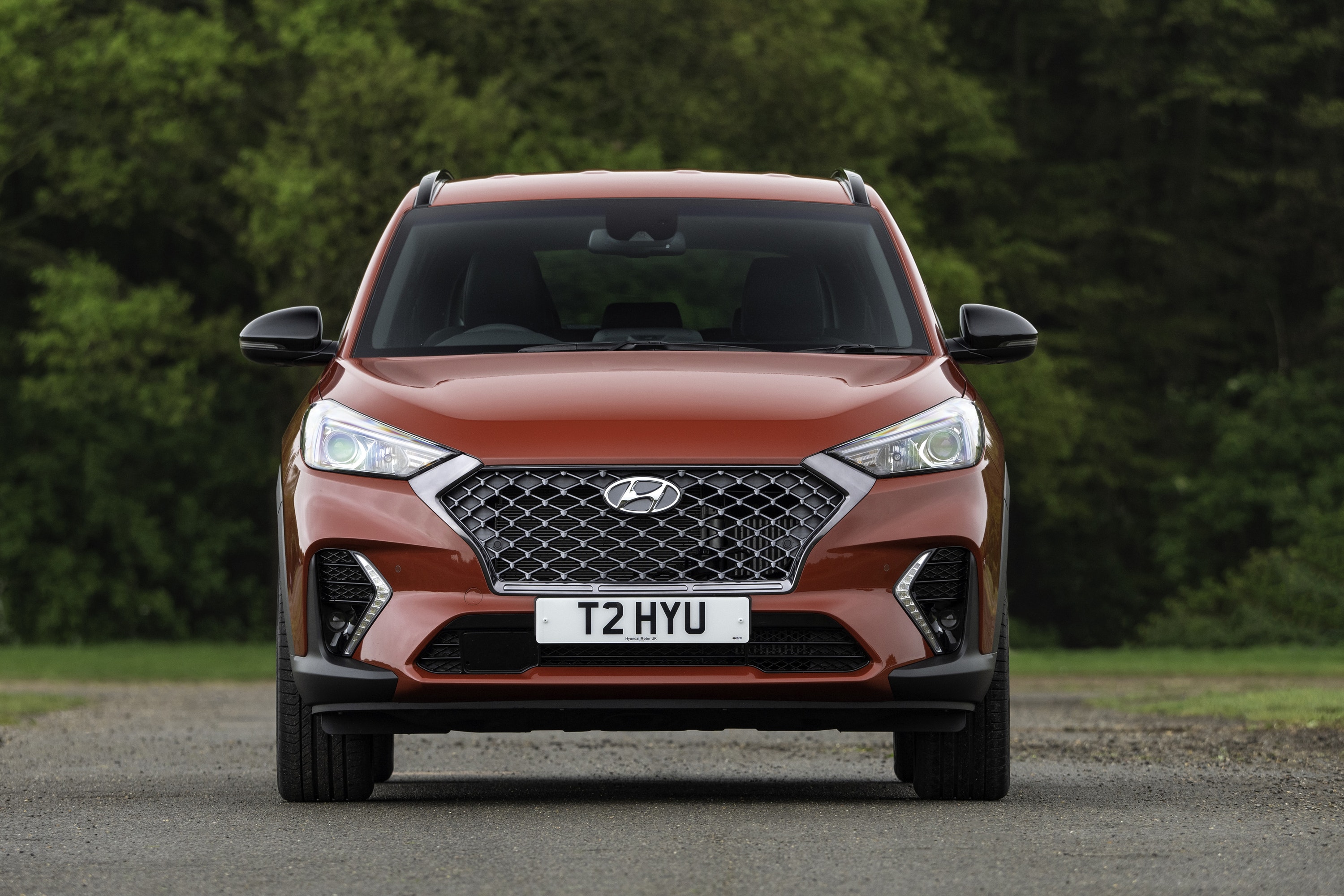 The result is decent, as the Tucson remains good to drive, and now slightly more involving, though it’s far from feeling sporty. Despite 19-inch alloy wheels (fitted as standard) and sportier suspension setup, the ride remains comfortable and compliant.

The 1.6-litre petrol engine is largely torquey and delivers decent performance, though if you choose to flick the car into ‘Sport’ mode, the throttle response becomes unnecessarily urgent and alarming. Leaving it in ‘Normal’ is the best option.

The ‘sporty styling but without the performance’ look remains very convincing, and the Tucson in N-Line form is no different.

By adding gloss black 19-inch alloy wheels, a dark styling pack and revised front and rear bumpers, the Tucson has been transformed from being a somewhat mundane-looking crossover into something that genuinely looks the part. On our test car, we can only think that replacing the halogen headlights with LEDs could improve the look further. 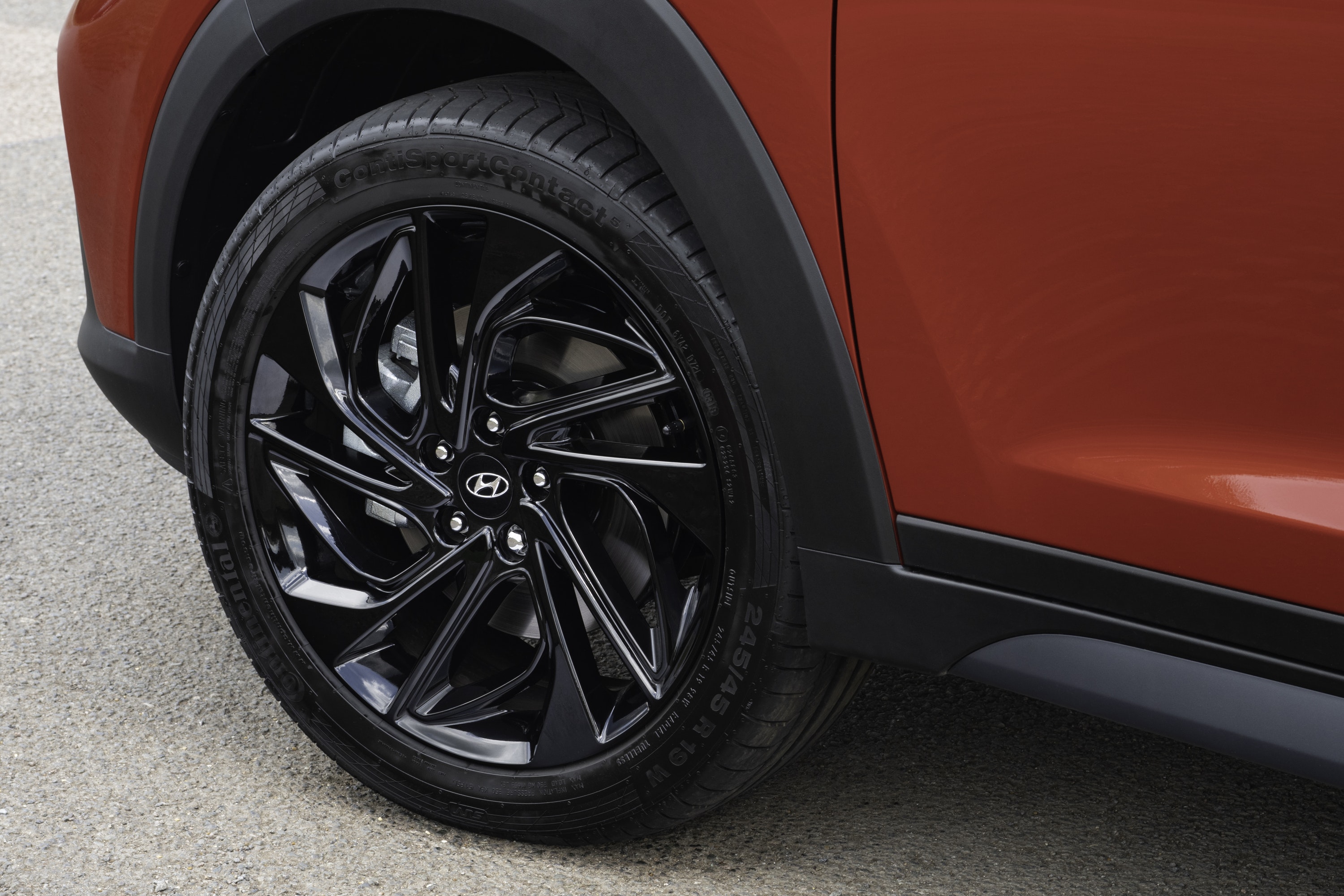 But for sure, if styling like this is what we can expect from the full-blown Tucson N, there is a lot to look forward to.

While the sportiness continues to the cabin, it’s not quite as fetching as the exterior. But the undoubted highlights of the interior are the N-Line branded leather and suede sports seats, which not only look the part but offer a great mix of comfort and support. 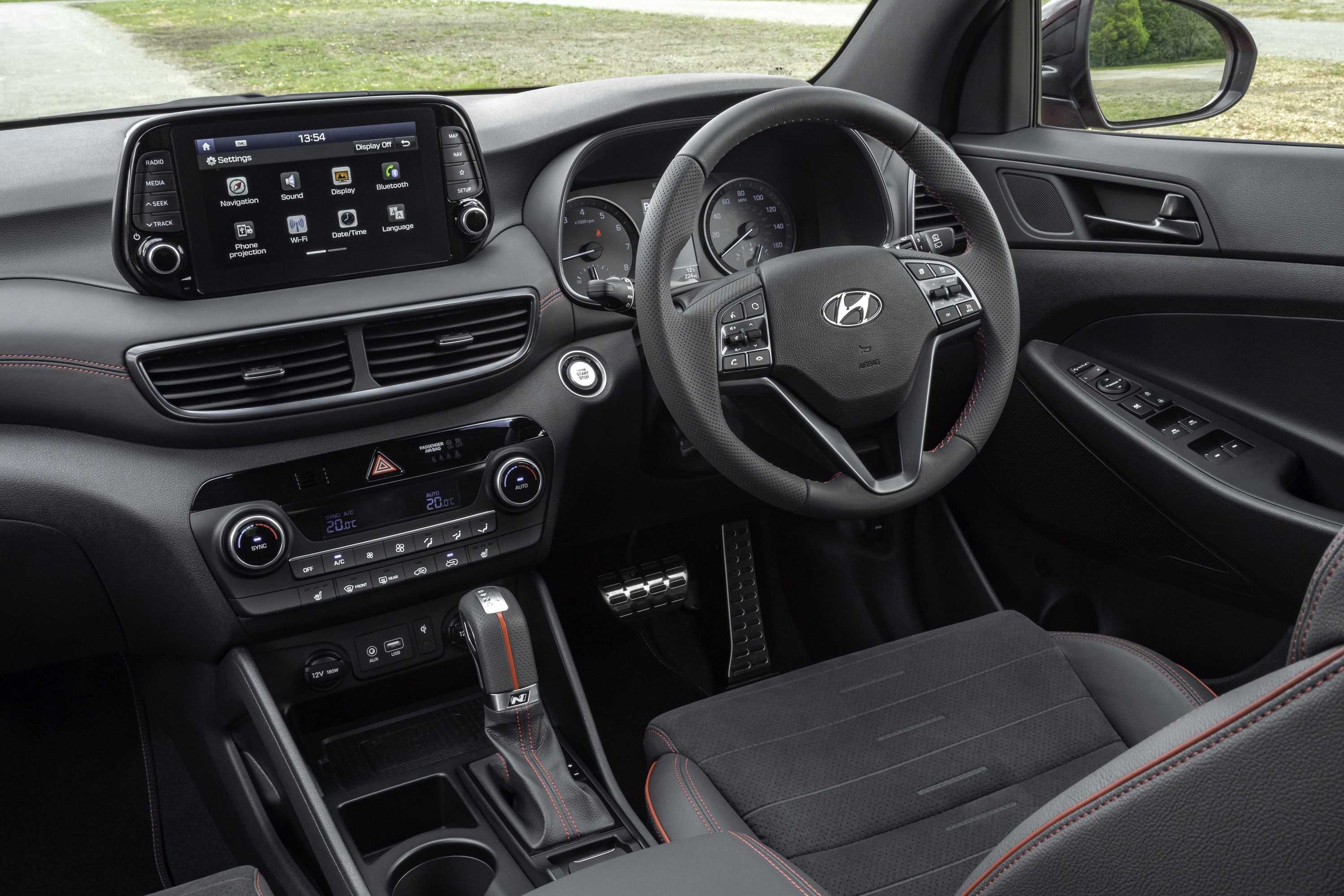 And aside from some red stitching and a sports steering wheel, the N-Line’s cabin remains the same as the regular Tucson. That is no bad thing, with Hyundai interiors consistently being on par with those from the equivalent Ford or Vauxhall. The material quality is good throughout, while the layout is excellent.

It’s also ideal for families, with plenty of rear space and a practical 513-litre boot. One of the few criticisms on the cabin is that the eight-inch touchscreen is starting to show its age, though it remains clear and offers a host of functions – including the ever-useful Android Auto and Apple CarPlay.

Unlike many brands who place their ‘Line’ models at the top of the range, Hyundai’s sporty-looking grade slots in the middle of the Tucson line-up between SE Nav and Premium models. 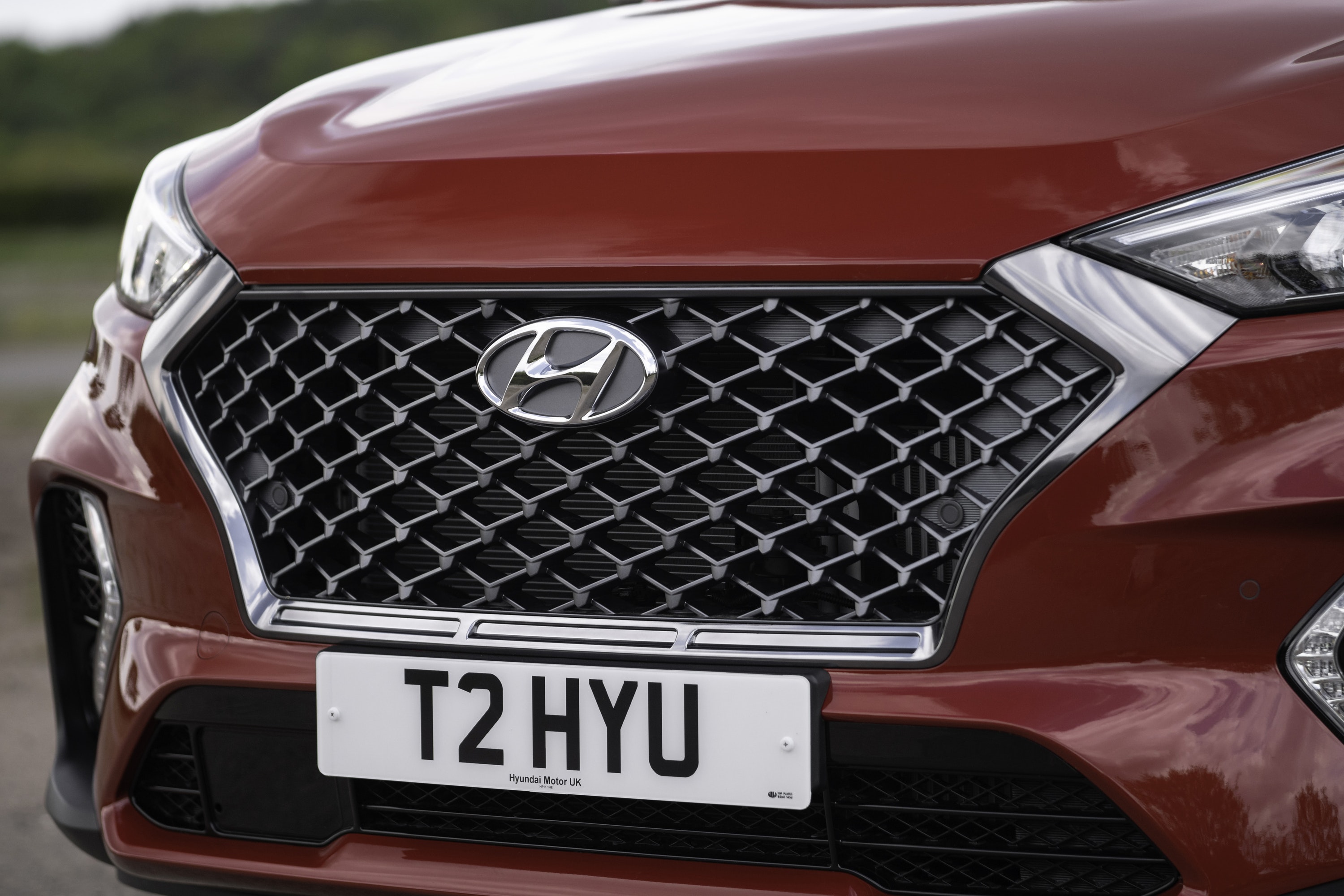 Standard equipment is also generous, as, on top of the sporty features, the Tucson still comes with an eight-inch touchscreen, front and rear parking sensors with a reversing camera, cruise control and heated front seats. It’s far from being ground-breaking in terms of kit, but there are few features that you would be left missing by choosing this grade.

The N-Line is a great addition to the Tucson line-up – injecting some sporty flair into what is usually a very safe and sensible crossover.

The racier styling is fetching and convincing, and while the N-Line fails to deliver a particularly sporty driving experience – that was never Hyundai’s aim, nor do we suppose most buyers will care.

Factor in the standard car’s spacious cabin and strong value for money and the N-Line might just be the pick of the Tucson line-up. It’s certainly a good showcase for what the eventual hot ‘N’ version might be like.