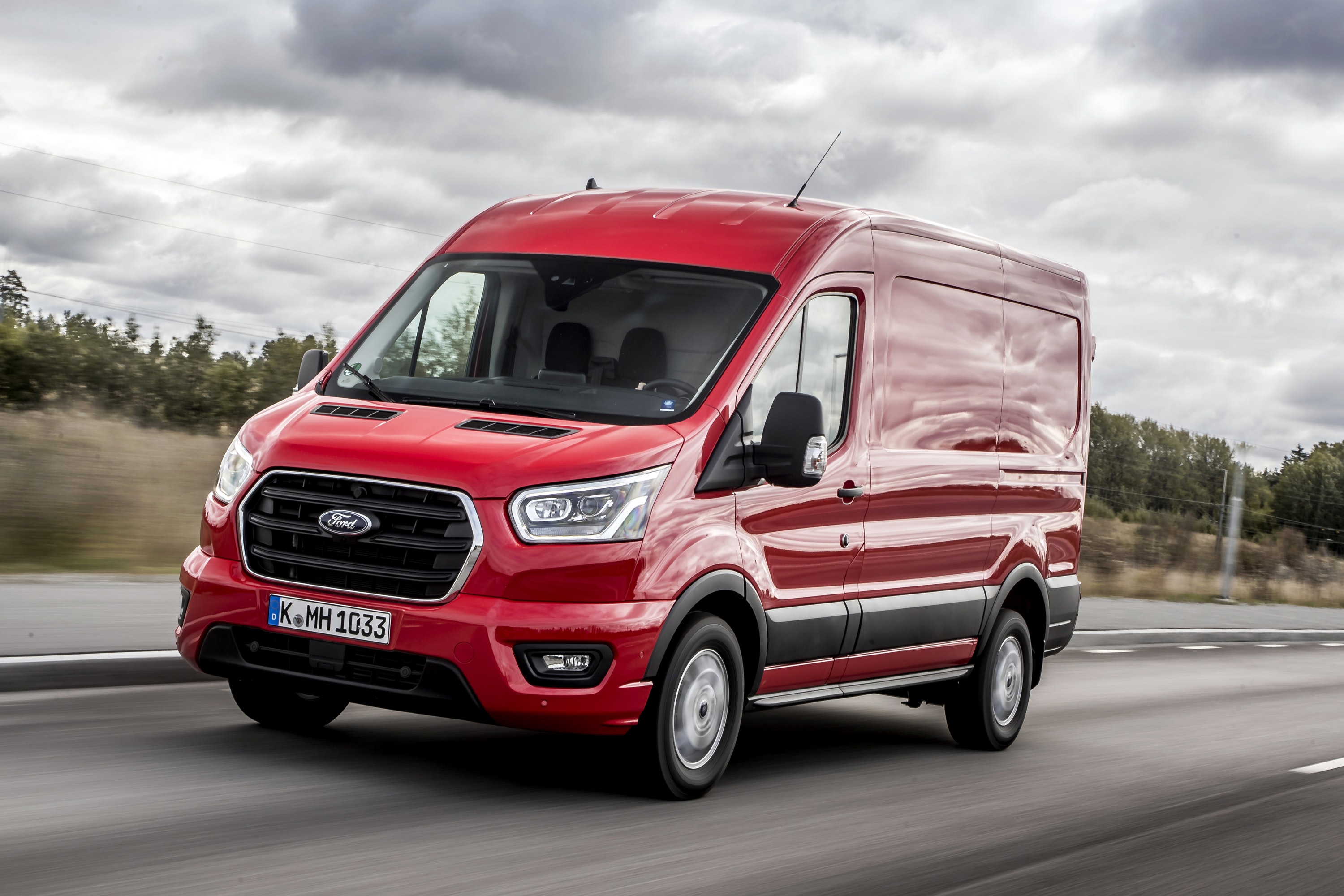 First Drive: The Ford Transit retains its crown as the go-to van

Ted Welford heads to Stockholm to put the heavily-revised Transit through its paces.

First Drive: The Ford Transit retains its crown as the go-to van

For decades the Transit has been the chosen workhorse for thousands of businesses up and down the country – trusted with moving everything from bananas to valuable antiques.

It’s earned itself legendary status over the years, and as Ford puts it, “It’s as much a tool as it is a mode of transport”. Offered in a range of guises, from the tiny Transit Courier through to the big Transit tested here, there is a Ford van to suit all. On the two-tonne Transit here, there are 450 different versions to choose from.

The recent generation of Transit last debuted in 2013, and much of the big competition has moved on in that time, with VW launching a new Crafter, Mercedes a Sprinter and so on.

So, to make sure the iconic Transit remains as useful as ever, here is a heavily revised version that aims to allow Ford to remain competitive in this busy market.

Despite being an all-new model, you’d be hard-pressed to notice just looking at. Instead, this new generation brings in a host of small changes that are there to “help businesses thrive”.

The first of these is an increased payload, which is up to 80kg more than before thanks to minor weight savings elsewhere – a lighter aluminium bonnet and fuel tank, for example. 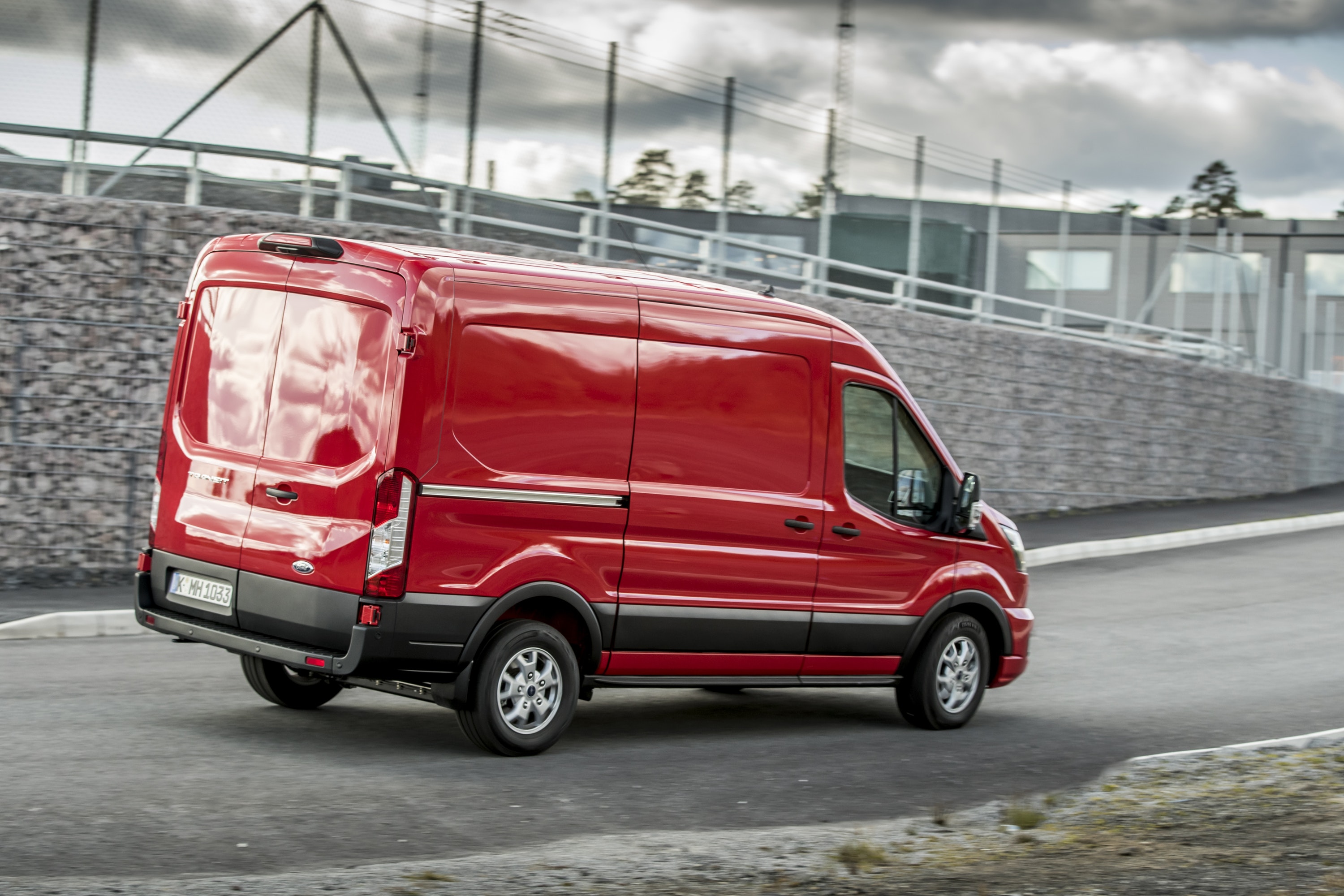 Next up is mild-hybrid technology – a system that introduces electrification into the largest Transit – that simply has the purpose of maximising efficiency.

Following this is a host of other innovative changes in the way of driver assistance features – arguably one of the biggest automotive advancements in recent years. Highlights include blind spot monitoring, self-parking (incredibly useful in a van of this size) and adaptive cruise control.

There’s quite a lot going on with the new Transit with four engines to choose from – all of which are 2.0-litre four-cylinder diesel engines. Power outputs include 103bhp, 128bhp, 168bhp and a new 182bhp flagship engine. Depending on what size of van and engine you for, there is the option between front-, rear- and all-wheel-drive. 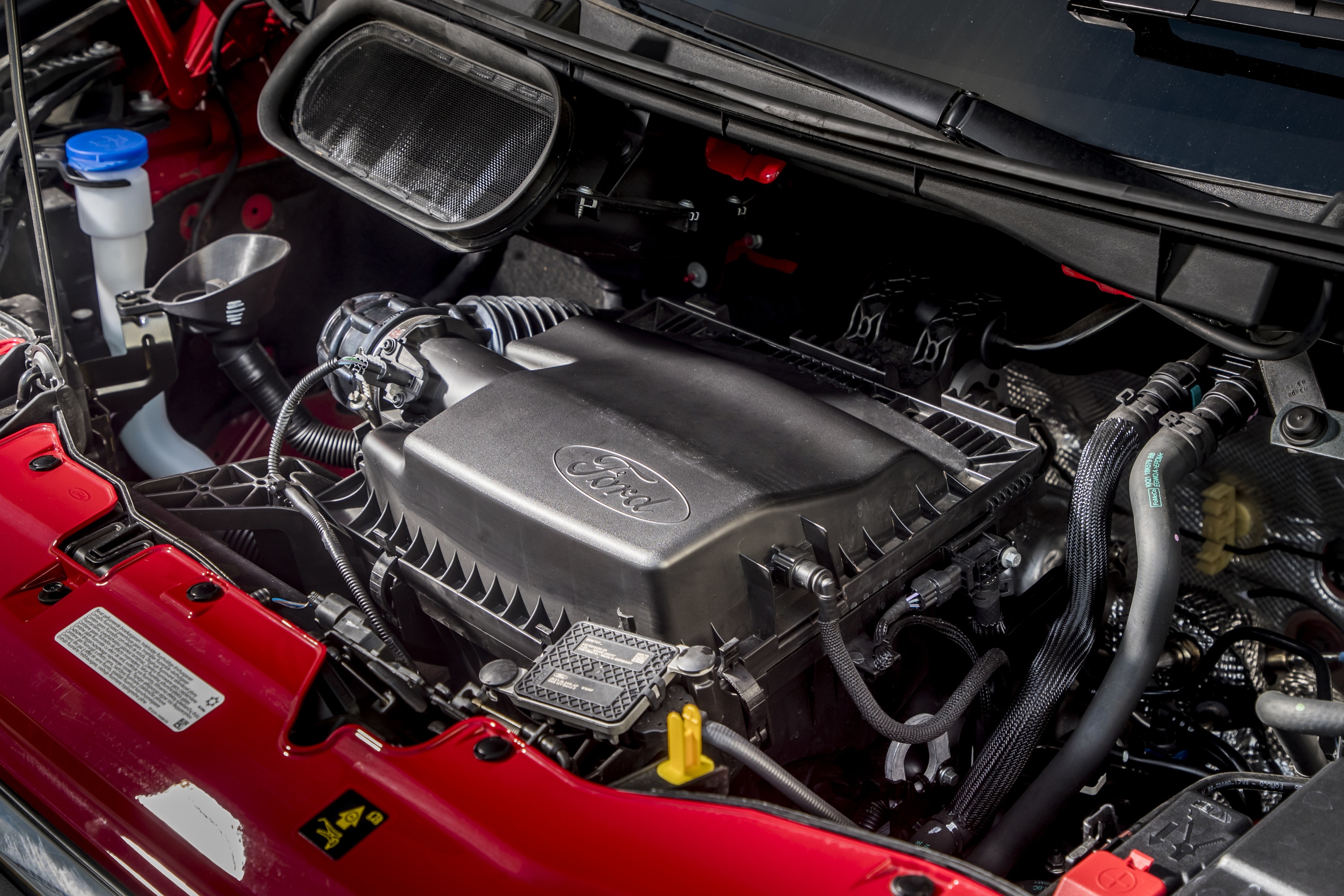 Our test van is the 128bhp 2.0-litre EcoBlue engine paired to a six-speed automatic gearbox, which also comes with mild-hybrid technology. In short, this system joins the engine with a belt-driven integrated starter/generator that replaces the alternator and can harness energy when decelerating to improve efficiency. Ford says it can improve efficiency by up to eight per cent, but in practice, it doesn’t make a great deal of difference.

Ford claims the Transit with this diesel engine can return 31.1mpg on the combined cycle, with CO2 emissions weighing in at 230g/km.

Unlike most firms that offer mild-hybrid as standard, Ford presents the choice of adding the tech if you want it – at a cost of £800. For the time, it’s merely offered on the 128bhp engine, though if the demand is there it will be rolled out further.

Ford is renowned for offering some of the best driving vehicles in various classes, and the same is true with the Transit.

It feels more involving than any van has the right to be, even with light steering tailored for those inevitable sharp U-turns. Our van’s 128bhp engine is the best-seller, and it’s easy to see why – it delivers a good mix of fuel economy, performance and value, though the six-speed automatic gearbox isn’t the smoothest. The fantastic six-speed manual transmission would, therefore, be our choice. 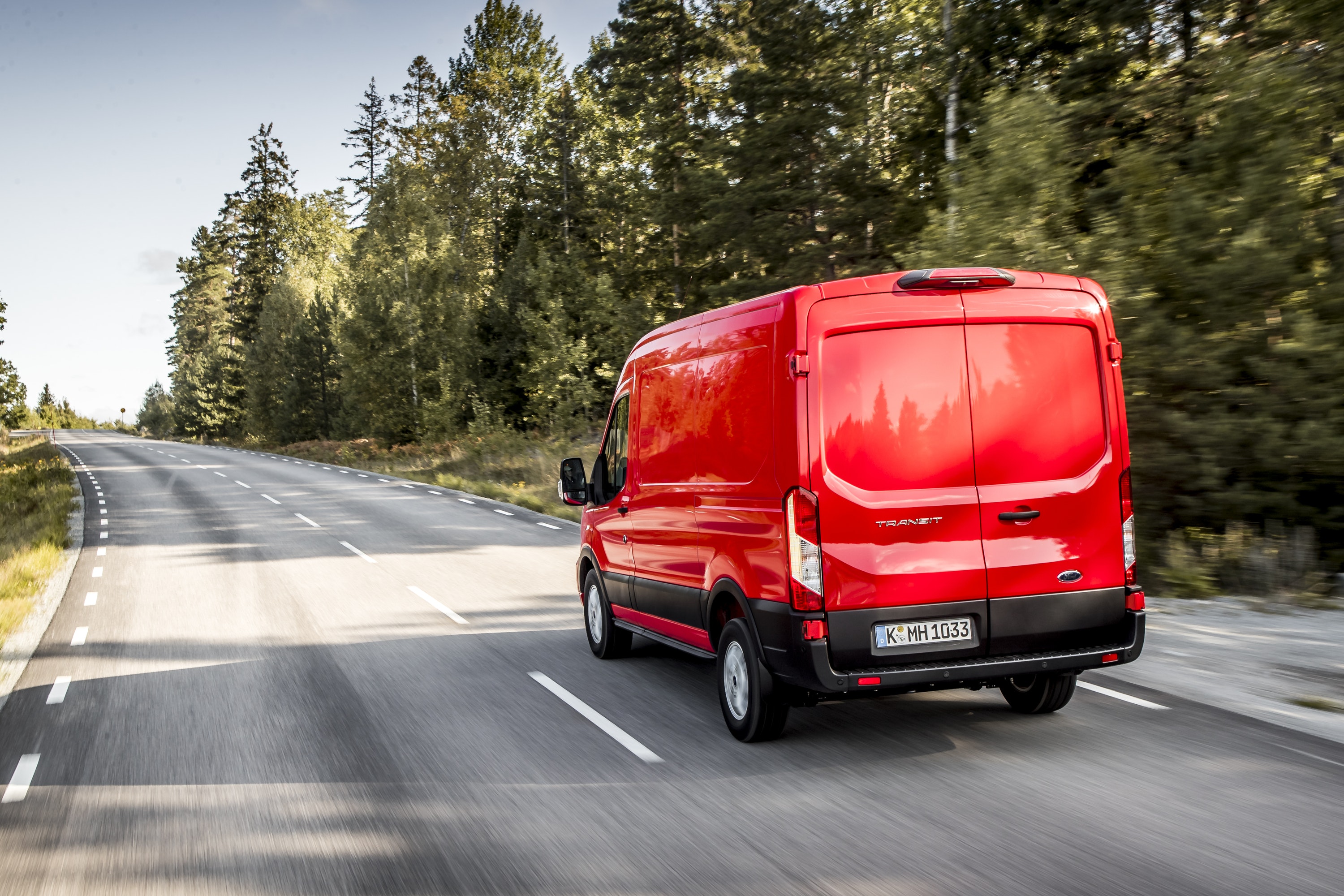 On the road, the Transit is very comfortable and surprisingly refined – only offering the typical road noise you find from any unladen van, and remarkably composed at motorway speeds.

It’s quite hard to get excited about how a van looks, and the same is definitely true with the Transit.

Ford hasn’t changed the formula a great deal since the last version, as there wasn’t really a need to, and you don’t want to dilute that instantly recognizable brand image associated with the Transit. However, there are a number of small tweaks found on the updated version – highlights including a new three-bar grille and a revised front end for improved aero. 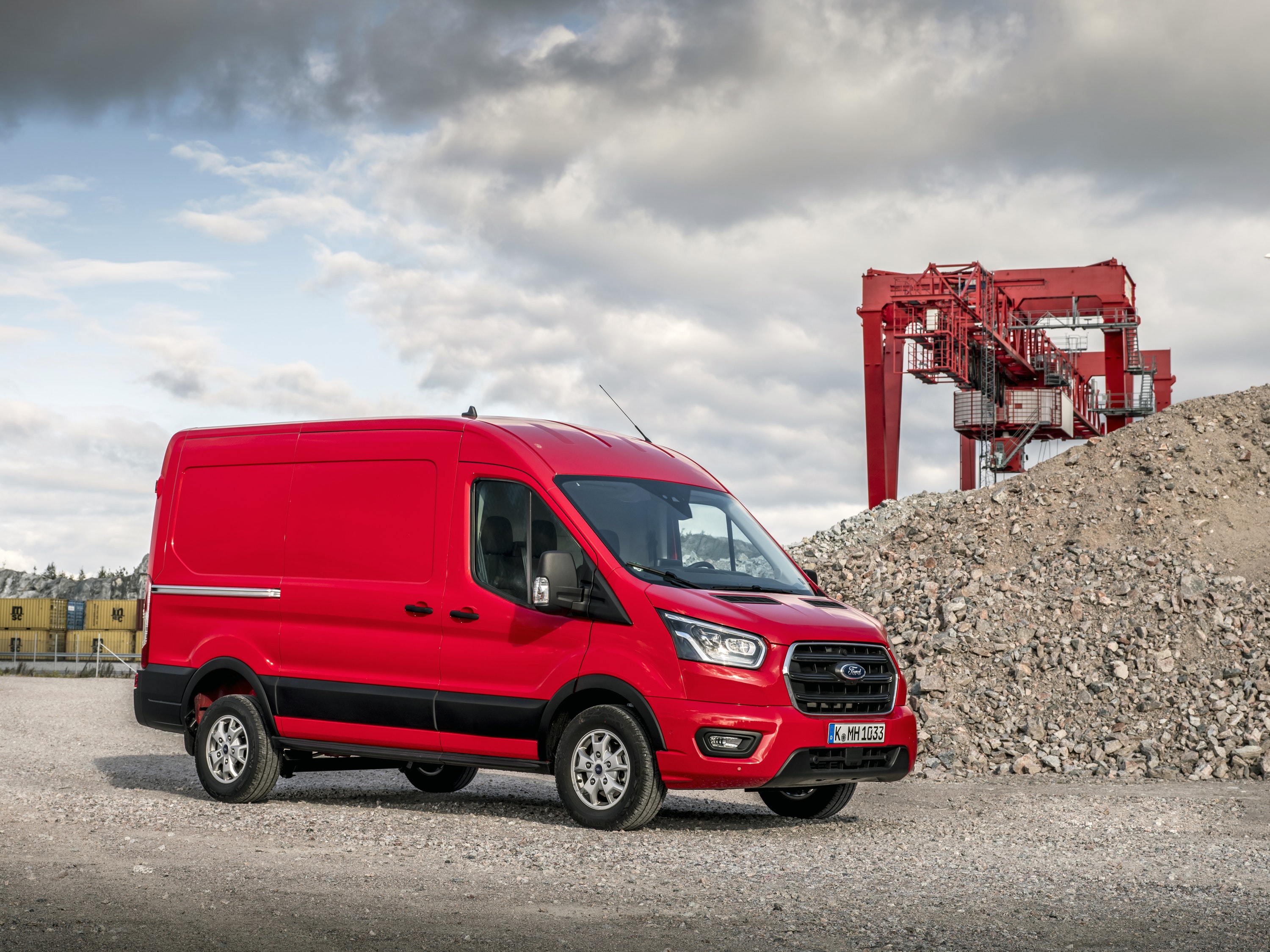 But if you care about how your van looks, opt for the range-topping Limited trim level, which adds Bi-Xenon headlights and distinctive LED daytime running lights – the same distinctive feature found on the smaller Transit Custom and best-selling Fiesta.

Jump into the high-set cabin and it’s immediately evident that lots of attention has been paid to the interior.

The new dash design feels far more modern than the outgoing model, which now offers better quality than what you would find before, as well as more storage space. The eight-inch Sync 3 touchscreen is also a great addition to the Transit, with the system already being widely used across the majority of Ford’s car and van range. 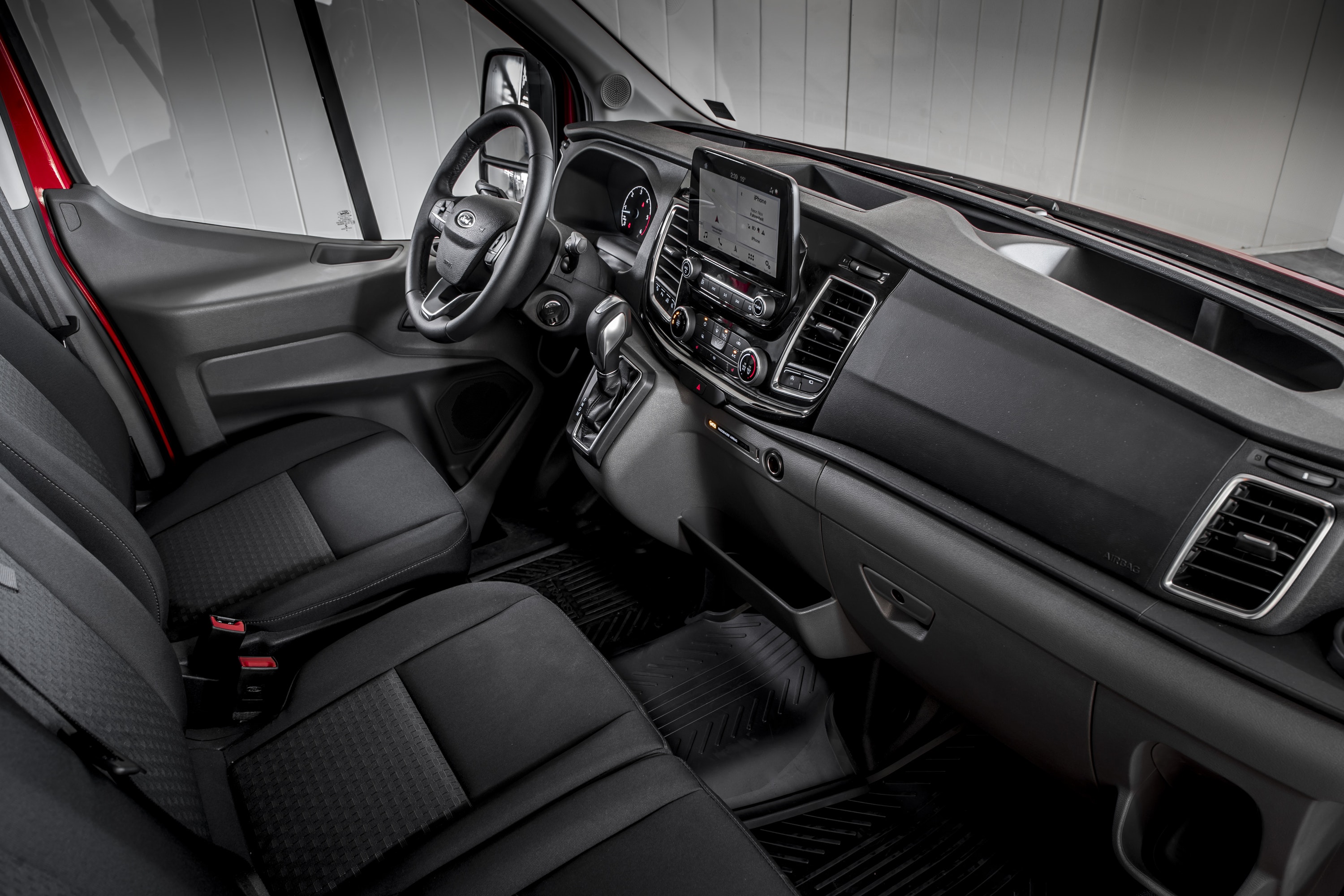 Yet despite feeling as if it’s moved up in terms of quality, it still feels as durable and rugged as ever – an important factor given the hard lives some of these vans will endure.

We also cannot forget about the fundamental need for the Transit to be as practical as ever, with payload being key on large vans such as this. The new model is on par with the class best, with a payload up to 1,418kg on the 3.5tonne models – that’s up to 80kg more than the previous version thanks to weight savings elsewhere.

As is the case with other Transit versions, the new model comes in three trim levels – Leader, Trend and Limited, with the range starting from £27,101.

The Leader is the bare bones version – offering a radio, Bluetooth, a trip computer and electric windows and FordPass Connect, which allows for small businesses to track vehicles whereabouts and gather information regarding usage with the aim of improving efficiency. It’s a great feature and sets the Transit apart from many of its rivals. 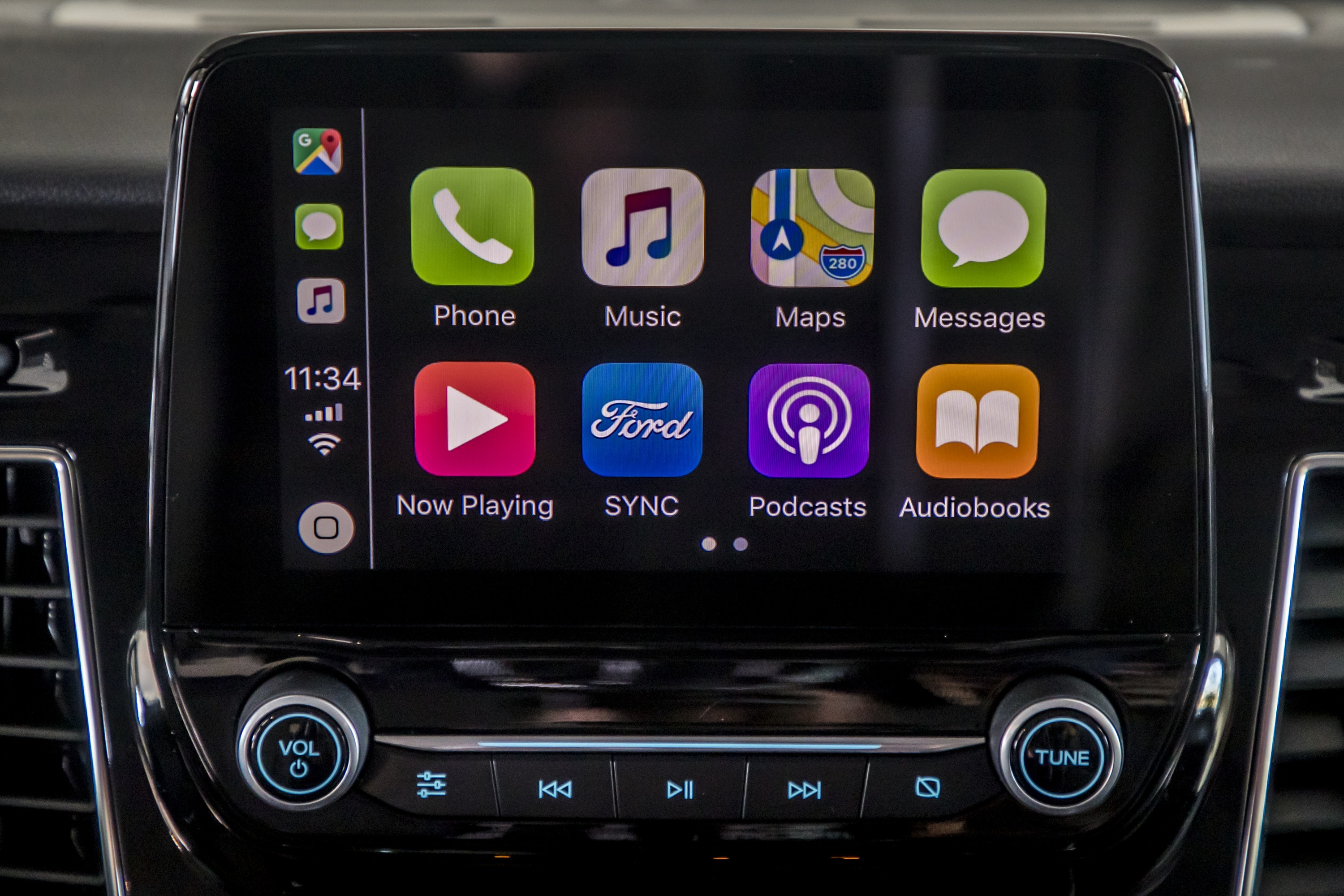 Upgrade to Trend, our pick of the range, and you’ll get a handy heated windscreen, automatic lights and wipers, front and rear parking sensors (the latter being essential on something of this size) and the aforementioned touchscreen.

Meanwhile, those with deeper pockets should opt for the more stylish Limited, with its Bi-Xenon headlights, painted bumpers and 16-inch alloy wheels.

The Transit has always been a key model in the van world, and it’s hard to ignore Ford’s incredible sales record – the Transit holding a 14 per cent marketshare, which is astonishing for a single model.

This lead looks set to continue, too. Thanks to the increased payload, improved interior and new driver assistance features, the Transit has only become more appealing to businesses both big and small. Our only one gripe is with the mild-hybrid feature, which seemingly makes little impact to efficiency in most scenarios, though at extra expense over the regular model.