Ryan Hirons gets behind the wheel of the Turbo variant of the Porsche Cayenne Coupe. Is it the choice-option in a varied line-up?

SUVs-turned-four-door-coupes are — whether you like it or loathe it — the in-thing for the new car market, and manufacturers are keen to jump on the bandwagon while the wheels are at full pelt. 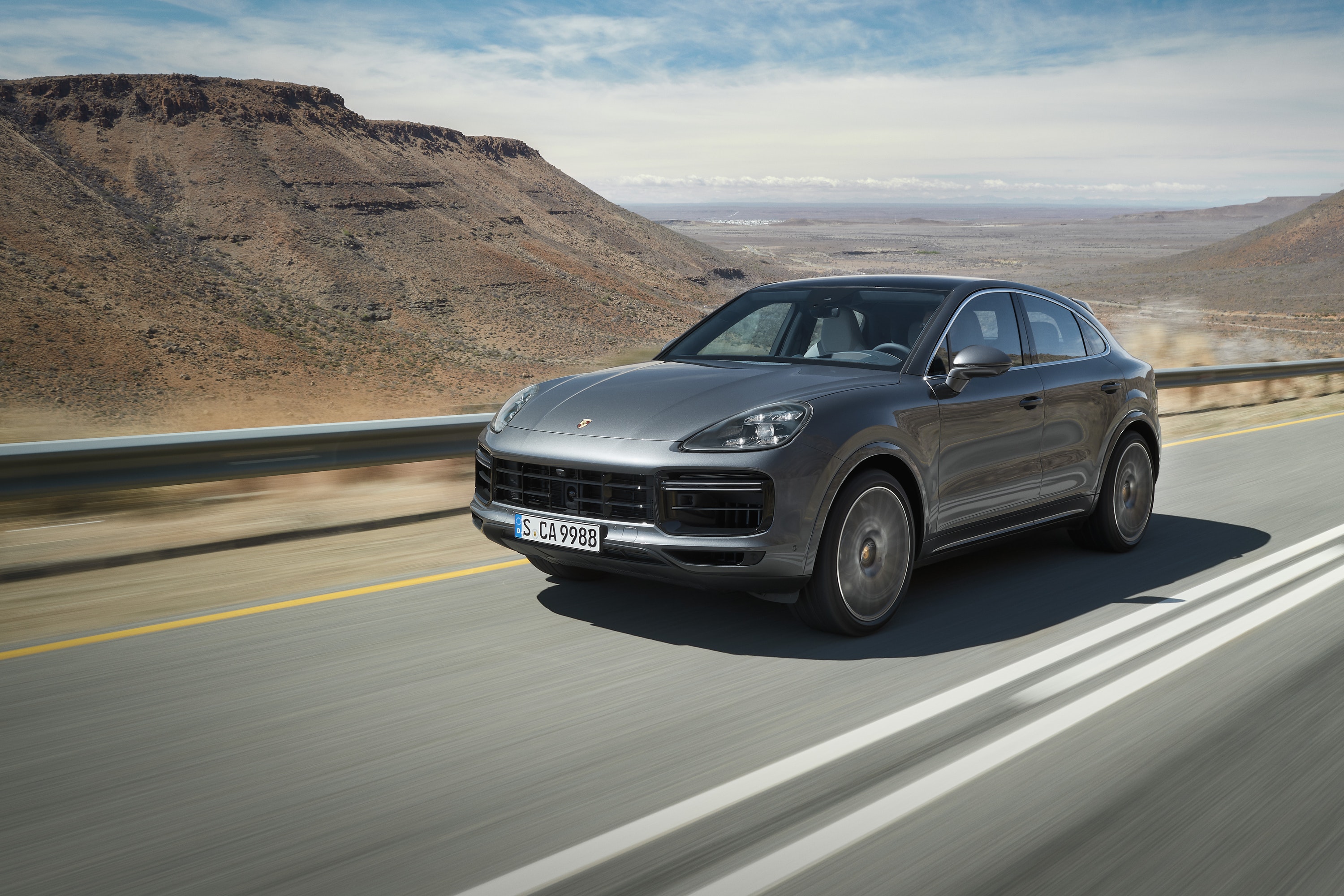 It’s perhaps no surprise then that Porsche, the firm who started the premium SUV craze with its Cayenne, is in on the game now. Step in the Porsche Cayenne Coupe.

More specifically here, the Cayenne Turbo Coupe. This sleeker SUV may have only just been revealed, but the number of variants is quickly growing —is the mid-range Turbo the one to have? We get behind the wheel…

Introduced in the middle of 2019, the Porsche Cayenne Coupe aims to bring a little bit more style to the regular SUV. Key to that is its tapered-off roofline, aimed at giving a sleeker image to the Cayenne. 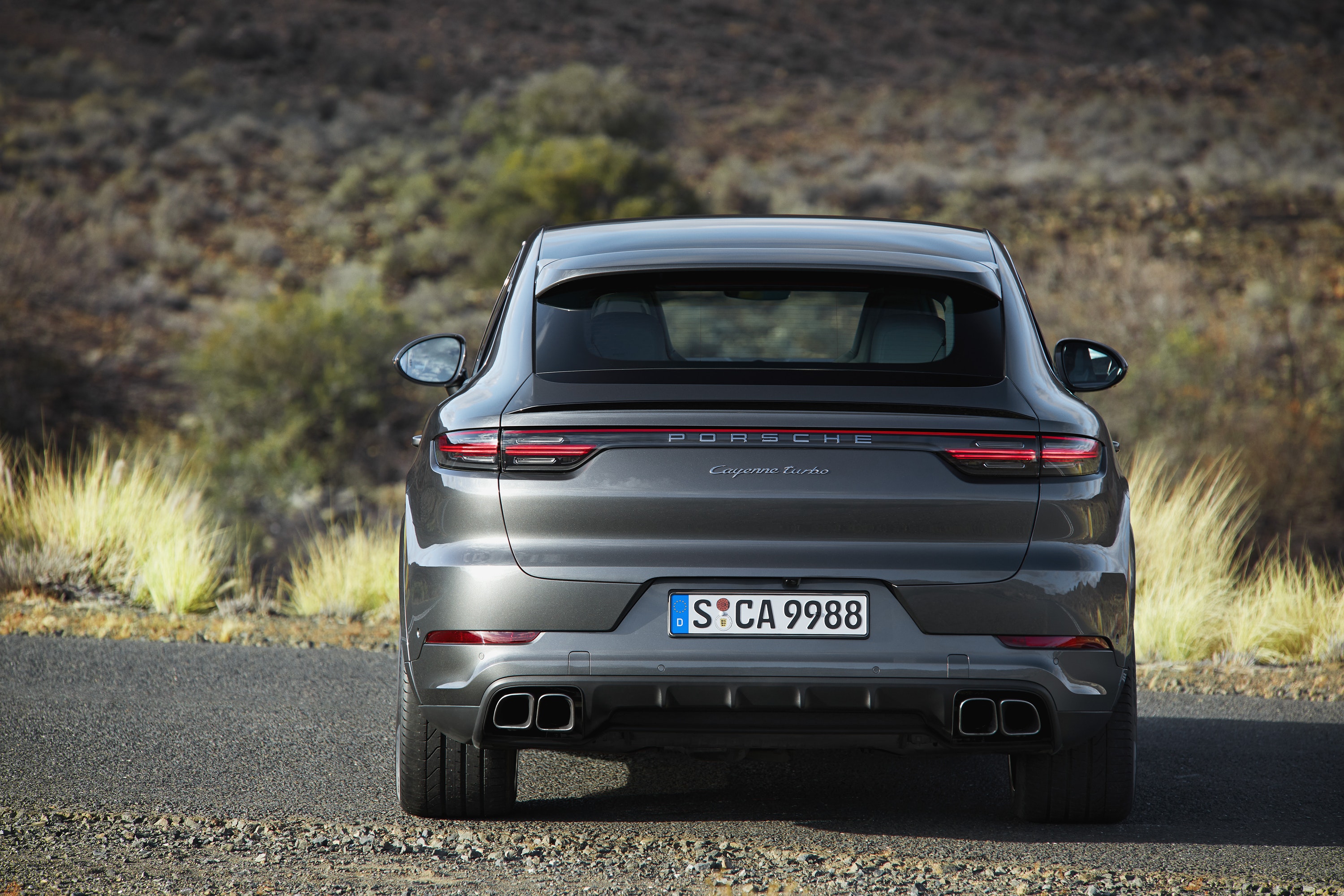 It’s based on the same platform though, with that visual change its only major difference. Boot space does take a small hit, but we’ll come to that later.

Powering the Turbo is the same 4.0-litre V8 found in the SUV variant, allowing it to sit above the Coupe, S and E-Hybrid while just below the Turbo S E-Hybrid.

Its 4.0-litre, turbocharged V8 delivers 542bhp and 770Nm of torque to all four wheels via an eight-speed automatic gearbox. As a result, it’s capable of 0-60mph in 3.7 seconds with a 177mph top speed possible.

If frugality is the game, the Porsche Turbo Cayenne isn’t the name. It’s claimed to deliver 20.8mpg on the combined cycle while emitting 261g/km of CO2 — putting it in the highest VED band. We suspect this won’t matter too much to the typical buyer, mind.

Power delivery from the engine is brutal — this is very much a point and squirt car. Despite the sheer mass, it launches like a NASA rocket is strapped up its backside — it’s ludicrous in a car of such size.

Even though yes, this is a car that’s better suited at stamping your foot on the pedal and sitting back as it blows your face off rather than a delicate machine to tackle a tight mountain road, there’s an impressive amount of agility to the Cayenne Coupe. 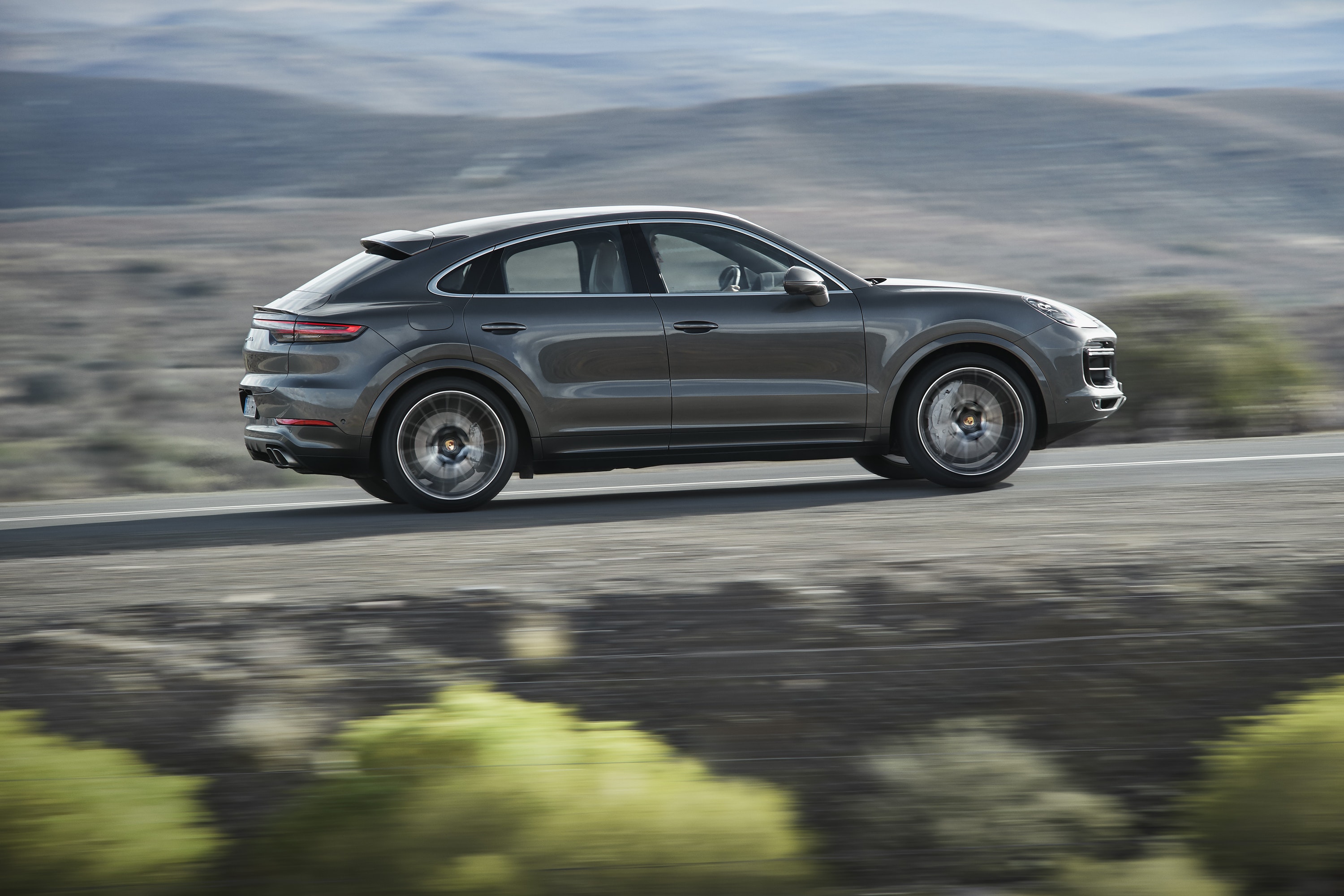 In typical Porsche fashion, steering is exceptionally responsive, and its active systems work impressively well to optimize grip from every corner of the vehicle at any one time. Body roll is surprisingly almost non-existent — it’s comfortably the best driver-focused SUV out there.

It is still a huge thing, though, so its weight is still felt when flinging the car around tighter corners and a regular sports car will deliver more precision — though perhaps not a bigger smile on your face.

We’ll leave the question of whether or not the Cayenne Coupe looks better than its regular counterpart to your own judgement, but there’s certainly a case to be made for its existence being justified on aesthetics alone. 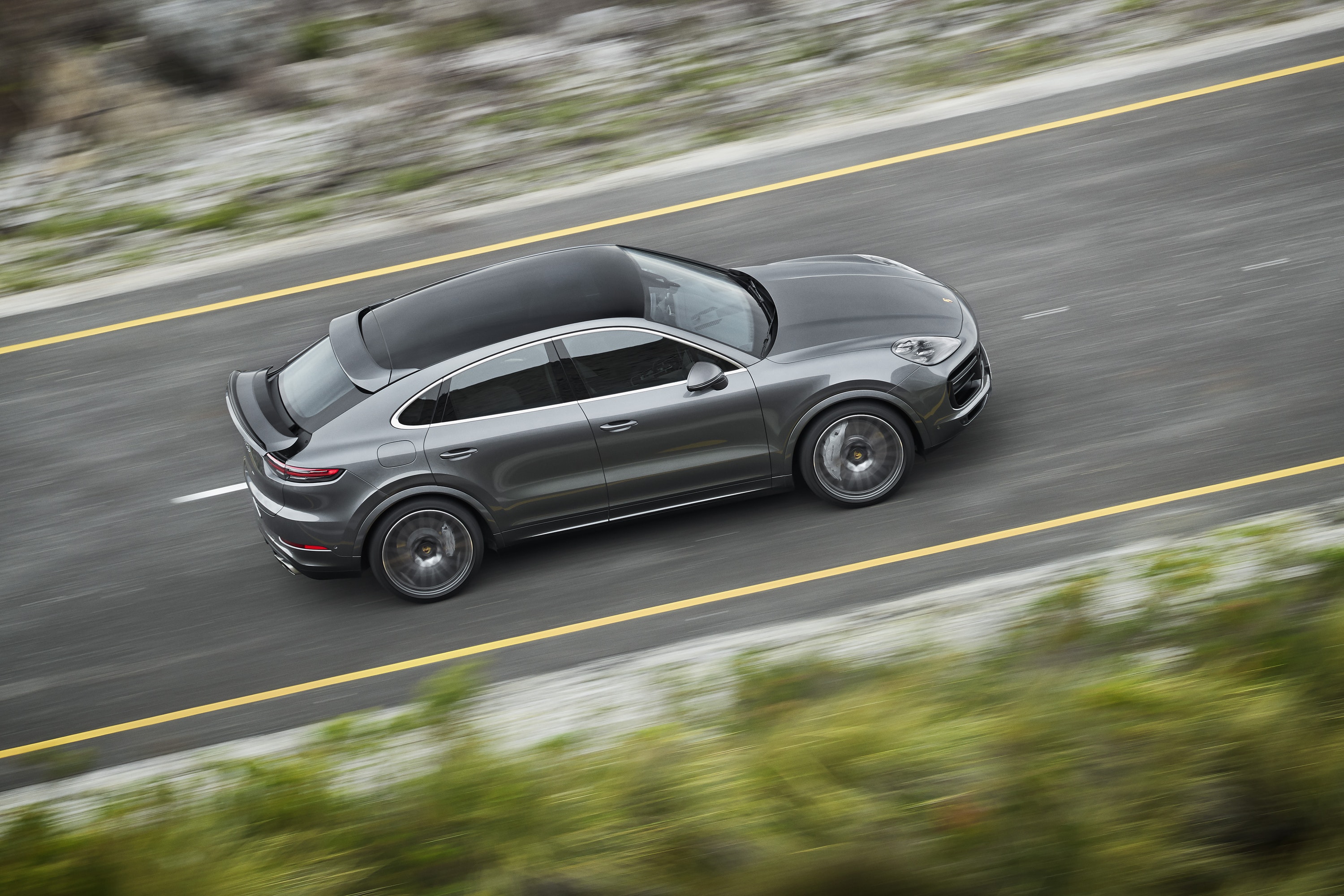 There’s more sporting character to it with its tapered-off roofline, while the more impactful rear end does bring an increased element of aggression to the design. There’s almost something simply hilarious when looking at the right angle to seeing such a low roofline on a car with this brash of a stance.

One thing we have to mention is its frankly ridiculous adaptive rear spoiler which, when raised, looks like somebody has accidentally left the boot open.

There are no major alterations upfront in the cabin of the Porsche Cayenne Coupe when compared with the standard car. Our test car featured a plush-feeling houndstooth fabric on the seats, while laden in high-quality leathers. The Alcantara steering wheel is a thing of beauty in itself, too. 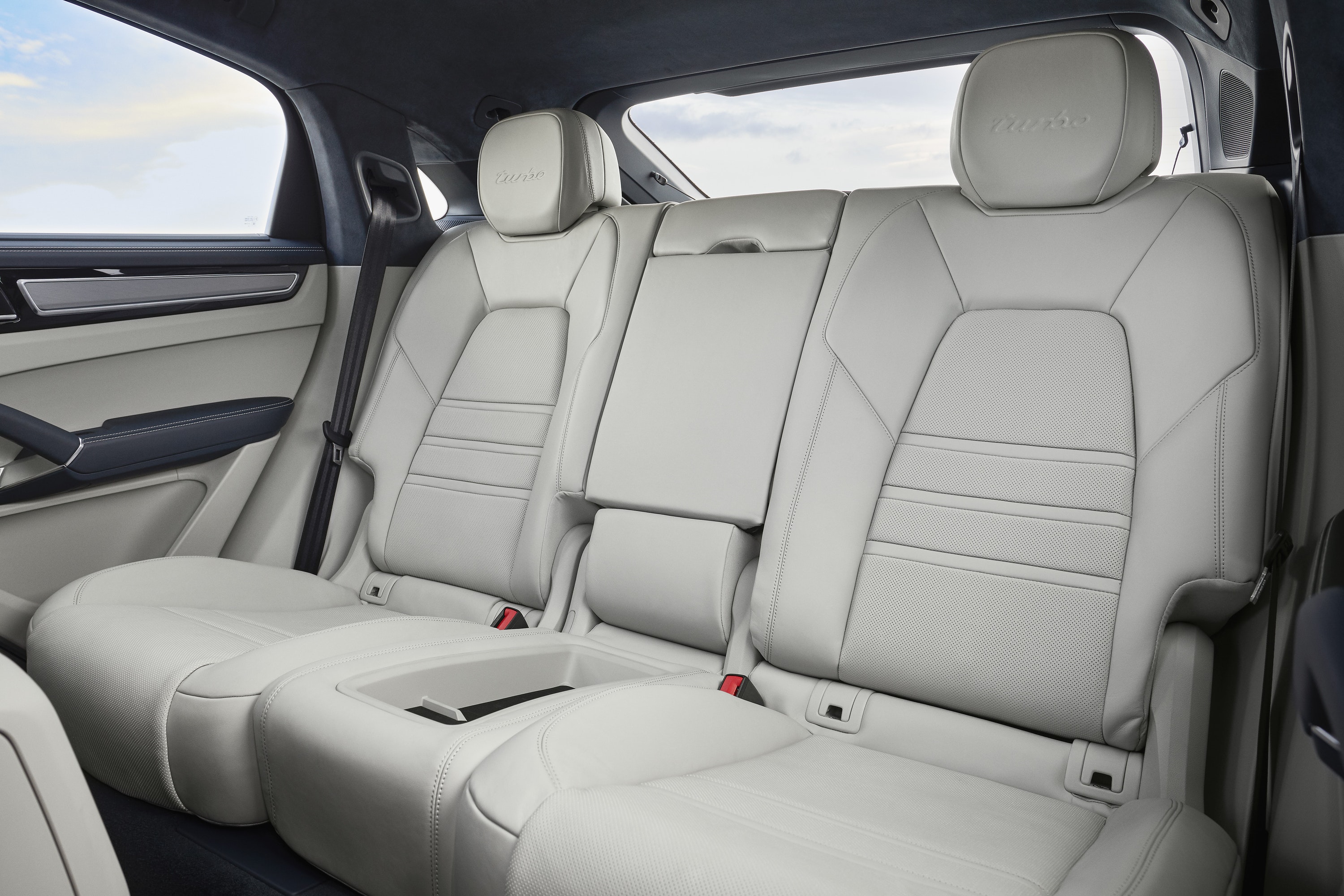 Haptic feedback switchgear certainly look better than traditional buttons here, though we’d like to have seen more effort made from Porsche to hide controls for those options that haven’t been specified — with their various icons still visible in daylight.

Boot space is compromised as a result of the lower roofline — down to 625 litres from 770 — and is less usable with the sloped shape. Lower-set rear seats over the regular Cayenne are effective in retaining good headroom, though. 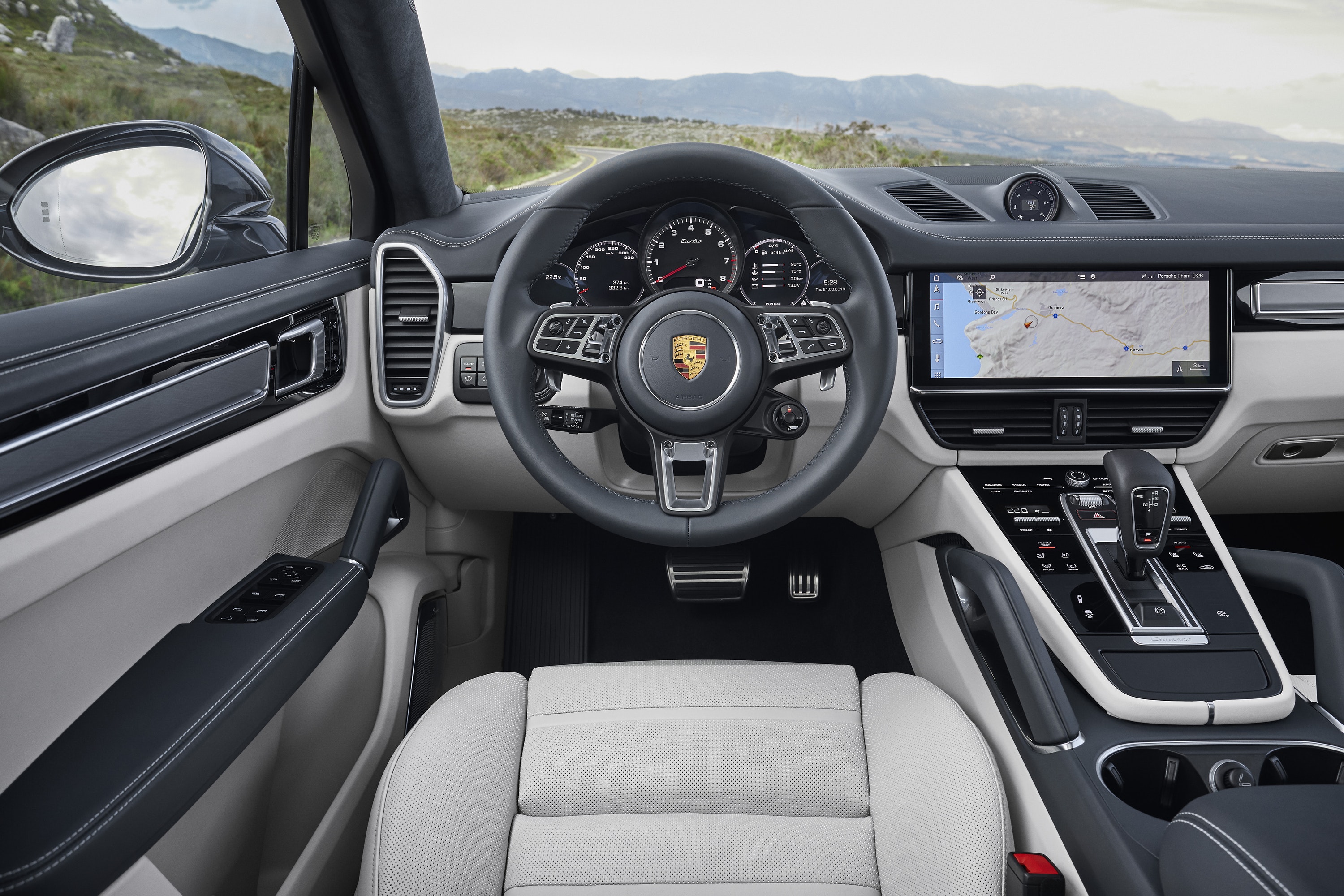 Our £127,354 test car swaps the panoramic roof for a carbon unit as part of the £7,482 lightweight sports package as well as Porsche’s Dynamic Chassis Control System (£2,315), a black-painted sports exhaust system (£2,012 well spent for an exceptional sound) and Porsche’ Torque Vectoring Plus (£1,052), amongst other goodies.

Standard equipment is far from generous, and the price of the car quickly rises when the option boxes are ticked. We wouldn’t call this value for money, but it’s certainly a lot of fun for the buck.

Porsche doesn’t need the Cayenne Turbo Coupe to be a great-driving car to sell a load with the current fawning for SUV-coupes, but fortunately, it has delivered in making it one. 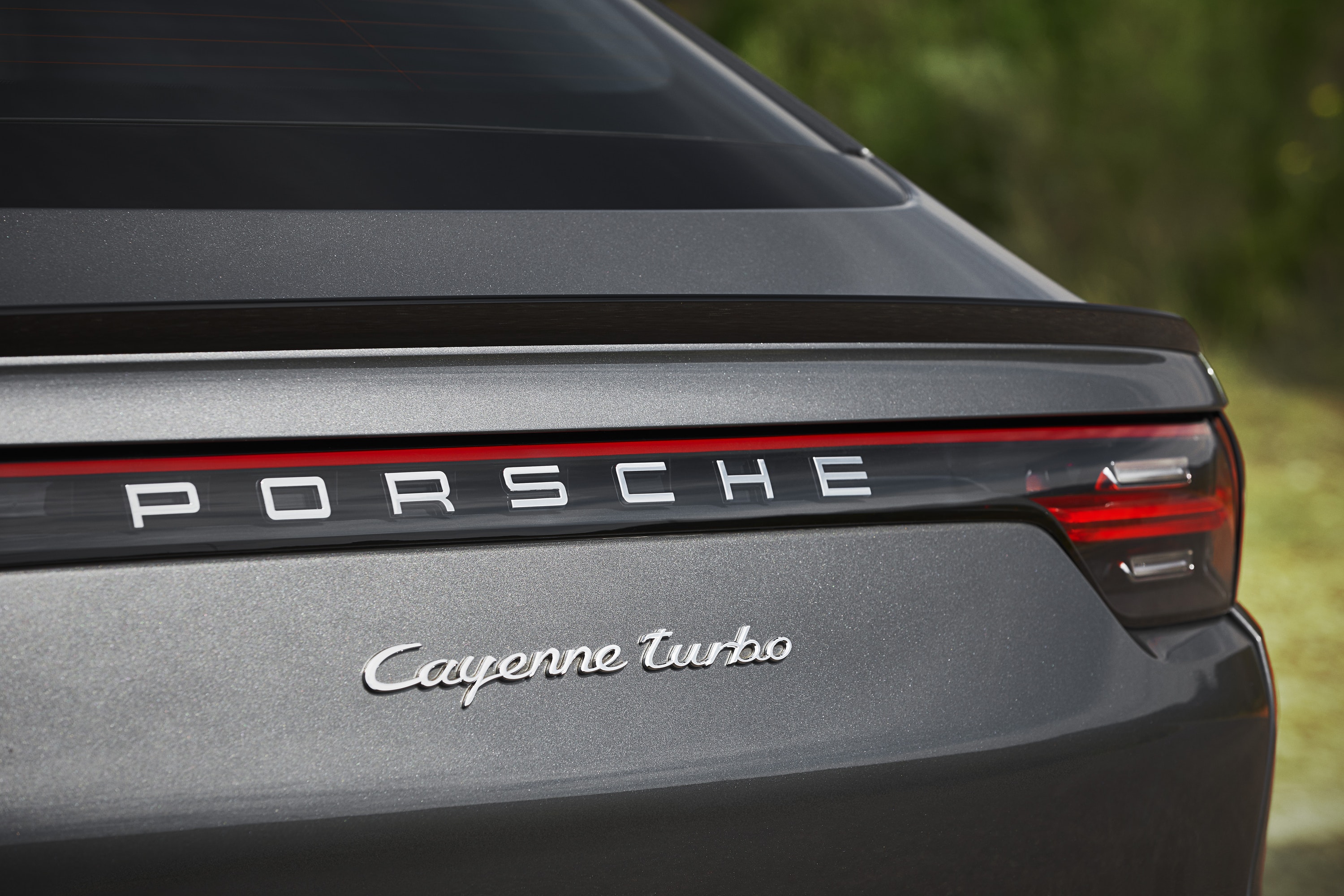 Despite its heft, the car proves to be tremendous fun — and the added performance over lesser-spec models is worth making the price leap up alone. That said, it is expensive fun.

Whether it’s worth opting for the Cayenne Coupe over the regular car really comes down to preference, though we’d argue this is the model to go for, if only for the sheer ‘look-at-me’ angle. As long as you’re willing to cut down on boot space, that is.