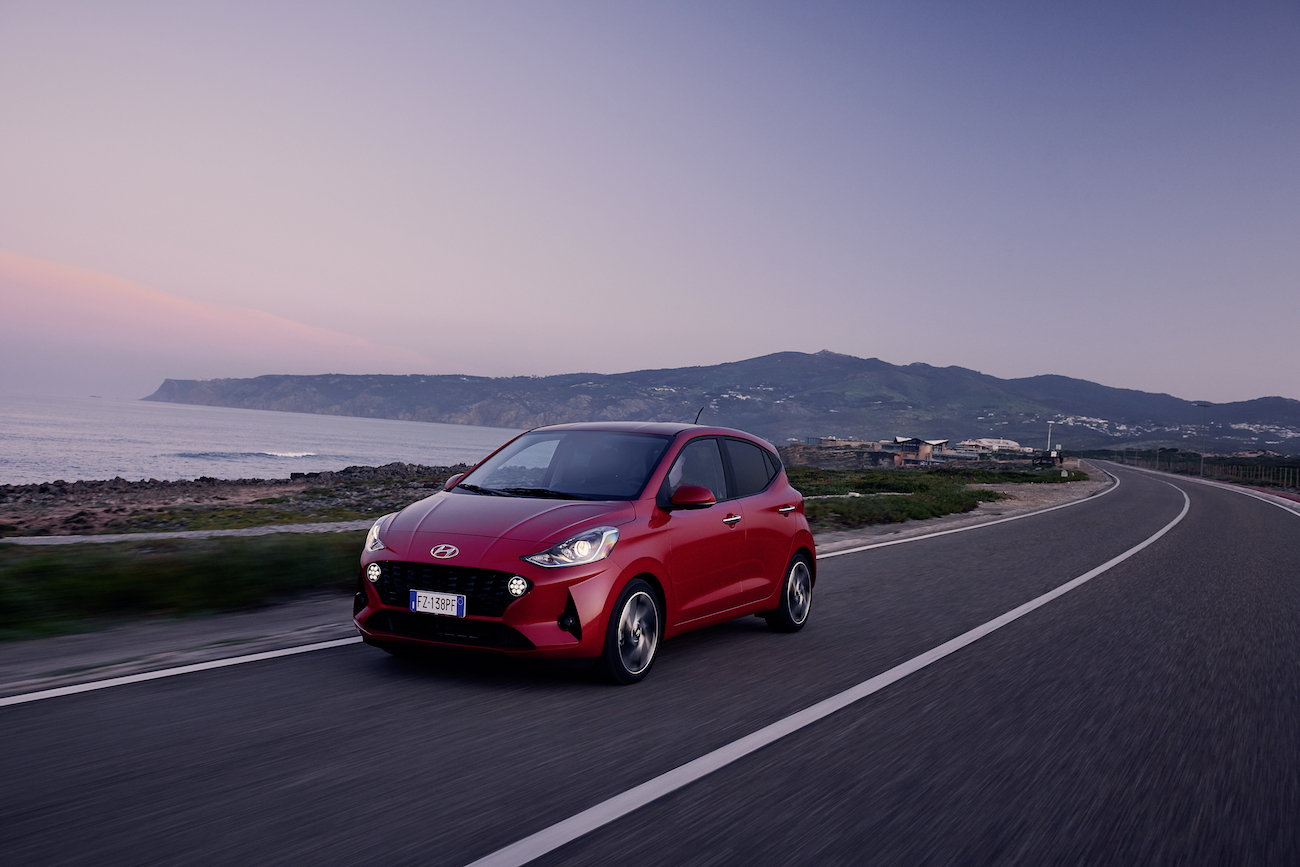 Hyundai believes in the city car segment, which is why it has introduced an all-new i10. Jack Evans finds out what it’s like.

Though it’s hard to ignore the overwhelming success of the SUV, Hyundai believes that there’s still a place for the humble city car and it’s why it has introduced this – the all-new i10. It’s a completely new version of the firm’s most compact offering yet has been designed to give owners more space and practicality than ever before without forsaking that all-important dinky size which makes city driving a little easier.

The engine line-up remains unchanged, however, simply because the 1.0- and 1.2-litre units on offer deliver on the economy and reliability areas – two key places which cars like this need to succeed.

The new i10 is lower and wider than before, and this gives it a far squatter appearance than before. However, as we’ve mentioned, this hasn’t resulted in any loss of interior space – though we’ll get to how it feels inside a little later on. 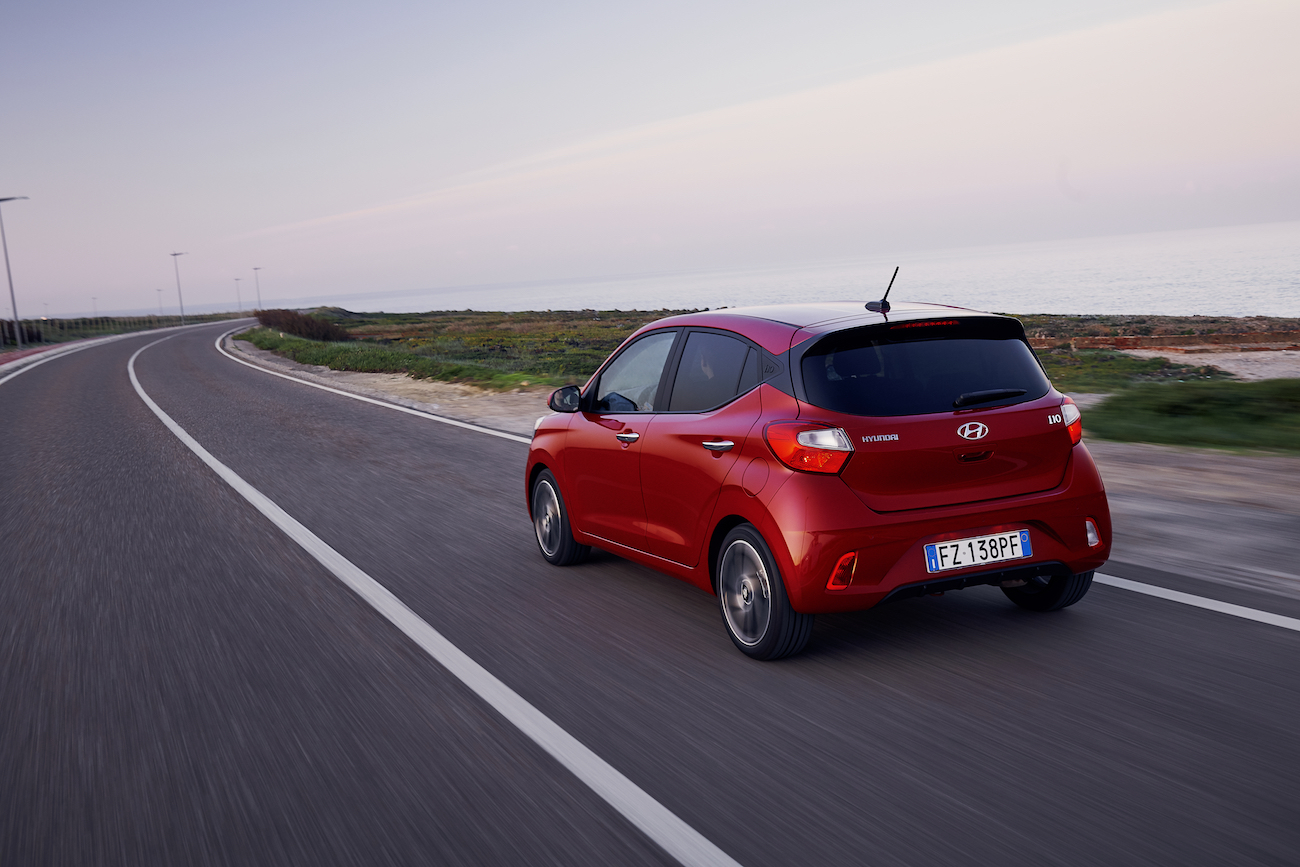 Elsewhere, there’s an all-new cabin which better reflects the rest of the firm’s line-up of cars, while there’s a modern infotainment system too. Better still, the i10 is now bristling with safety assistance technology designed to ensure its occupants and those around the car are safer than ever before.

Our test car was powered by the entry-level 1.0-litre petrol engine. A naturally-aspirated unit, it produces just 66bhp and 96Nm of torque. This isn’t a car designed for performance, after all, which is why it’ll take the i10 over 12 seconds to reach 60mph from a dead stop before reaching the heady heights of 97mph flat-out.

Drive is sent to the front wheels through a five-speed manual gearbox, and though the i10 may not be the quickest car on the market today, it delivers on the efficiency front with Hyundai claiming up to 56.5mpg combined and emissions of 101g/km CO2.

There’s also a larger 1.2-litre engine with slightly more power, though it’s expected that this 1.0-litre version will still be the pick of the bunch. It better suits the character of the i10, we’ll admit.

City cars are meant to be easy, relaxing and simple to drive. In that sense, the i10 delivers well. It’s a doddle to pilot around congested towns and busy roads, thanks to light controls and an engine which responds eagerly. Though it’s lethargic under acceleration – that’s to be expected from a car with 66bhp – once it’s up to speed it’s quiet and refined, with motorways journeys undertaken in a far more composed fashion than you’d think a car like this would. 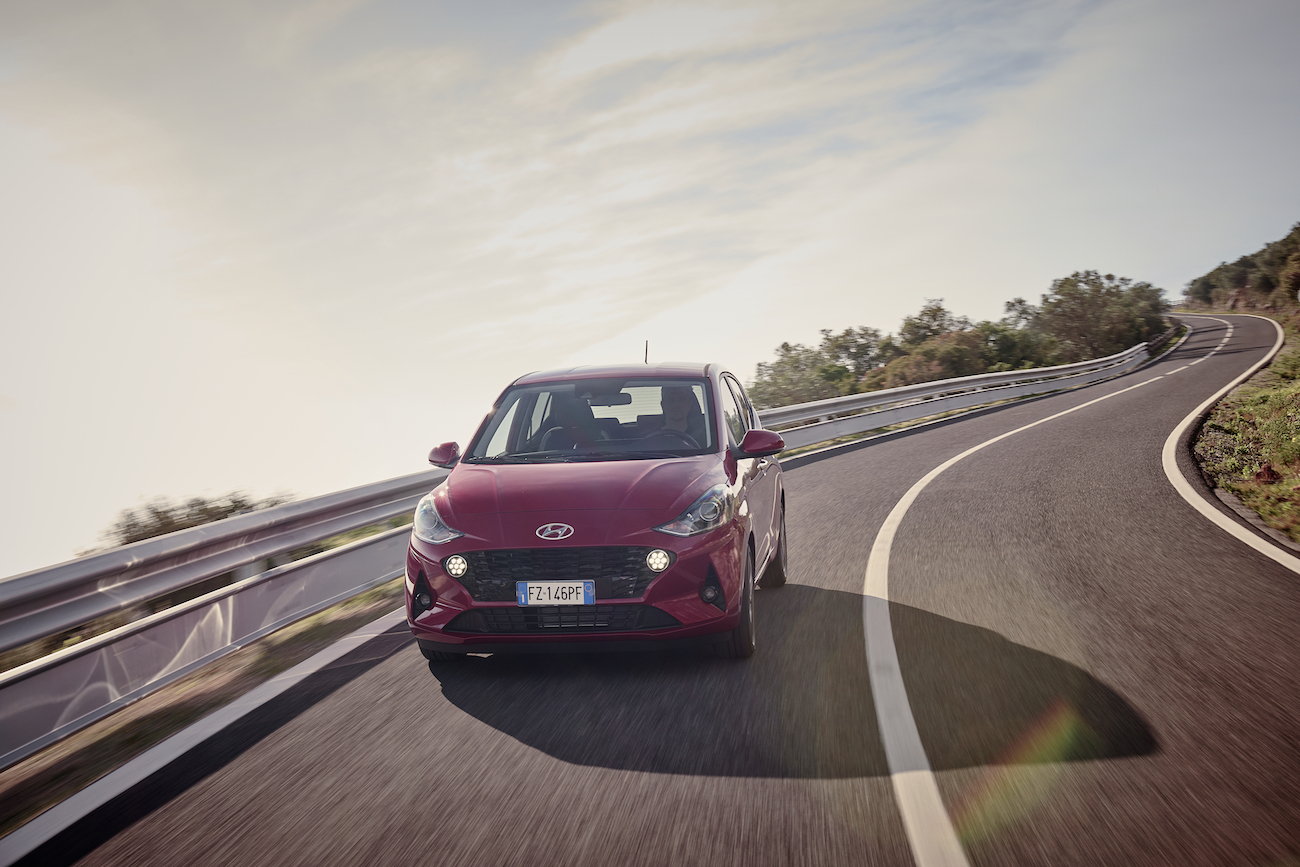 That five-speed manual is light, too, and unless you really need it, we’d avoid the automatic; we spent some time behind the wheel of a car with an auto ‘box and it’s sluggish, slow to respond and dim-witted. It brings down the whole driving experience of the i10, to be frank.

In a time where large, imposing SUVs dominate the market it’s quite refreshing to see a compact, neatly-styled city car arriving. The front end of the i10 is particularly strong, thanks to a wide-open grille which incorporates rounded LED daytime running lights – a nod to the outgoing i10 which also featured circular lights in the grille. 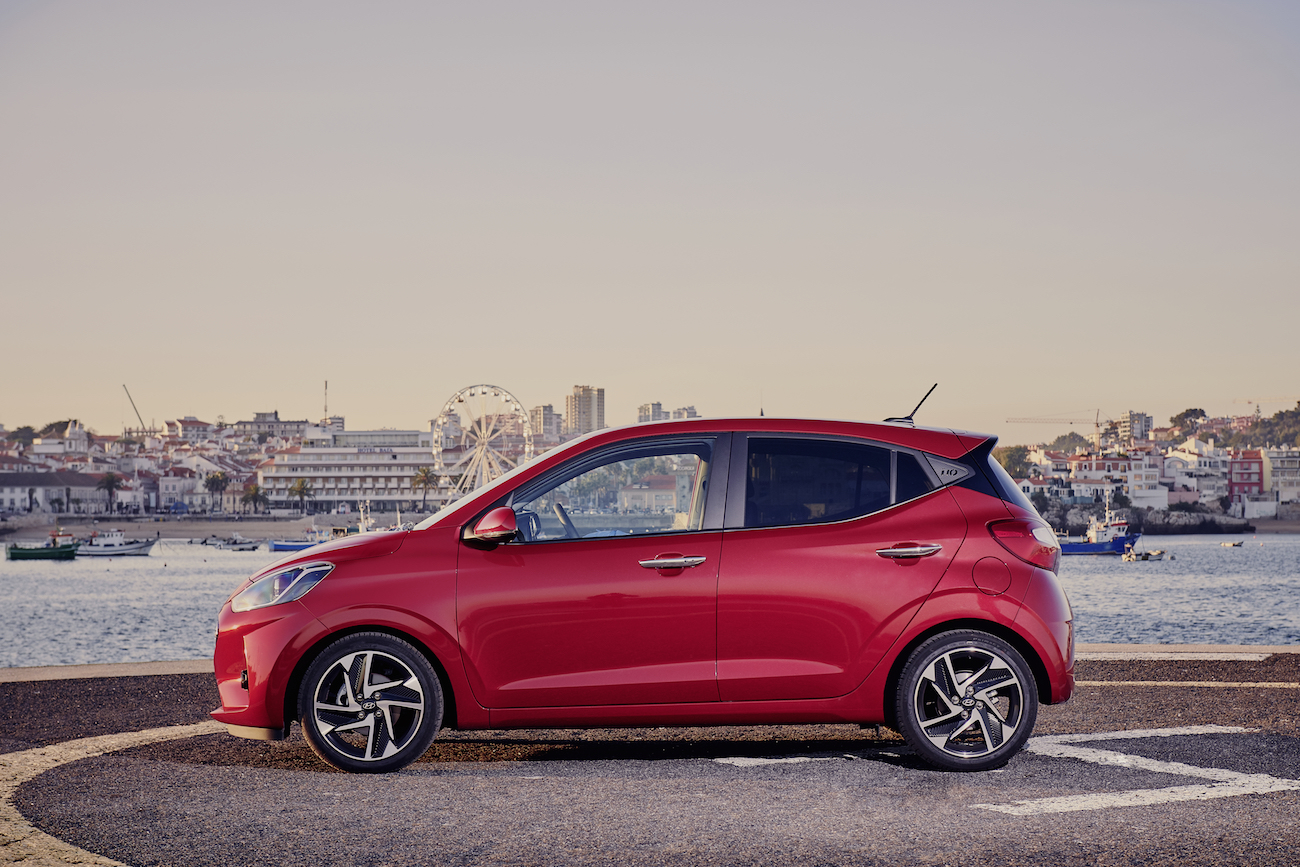 Because it’s now wider and lower than before it’s got more presence than before, which will certainly gain it even more followers in the younger-driver segment, which is one that is crucial to the i10’s success.

Despite its dinky proportions, there’s a lot more interior space to be found in the i10 than you’d expect. Up front it’s bright and airy, with plenty of visibility for both driver and passenger. The materials are basic, but not unpleasant; harder plastics are used frequently but they’re there for a reason – they’re hardwearing and resistant to abuse, so it makes sense to put them in a city car. 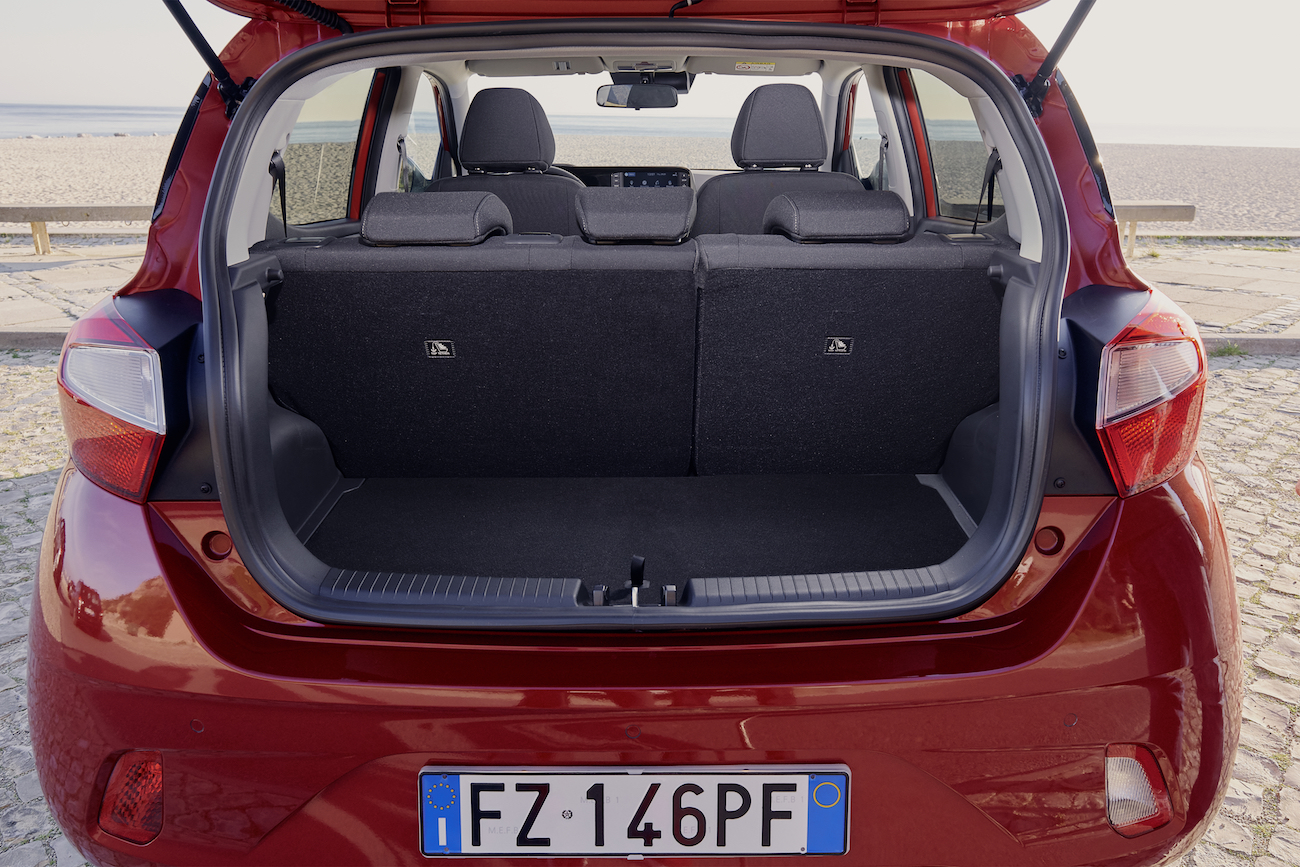 There’s plenty of space in the back, too. Sure, it’s not got limo levels of legroom to give, but even with a taller driver sat ahead you get a decent amount of legroom. Headroom is also excellent, and there’s 252 litres of boot space too.

The i10 is technically a five-seater – a rare occurrence in the segment – but we’d see this more like a just-in-case seat; there’s really not a lot of room in the middle and whoever sits there is likely to feel pretty squashed.

Hyundai, as with its other cars, is playing on the side of value-for-money with its i10. It means that even in base-spec SE cars you get a 3.8-inch display, Bluetooth and air conditioning as well as cruise control and electric windows. This comes in it an impressive £12,495 which, when you consider that the i10 comes with a five-year unlimited-mileage warranty, makes the i10 exceptionally good value for money. 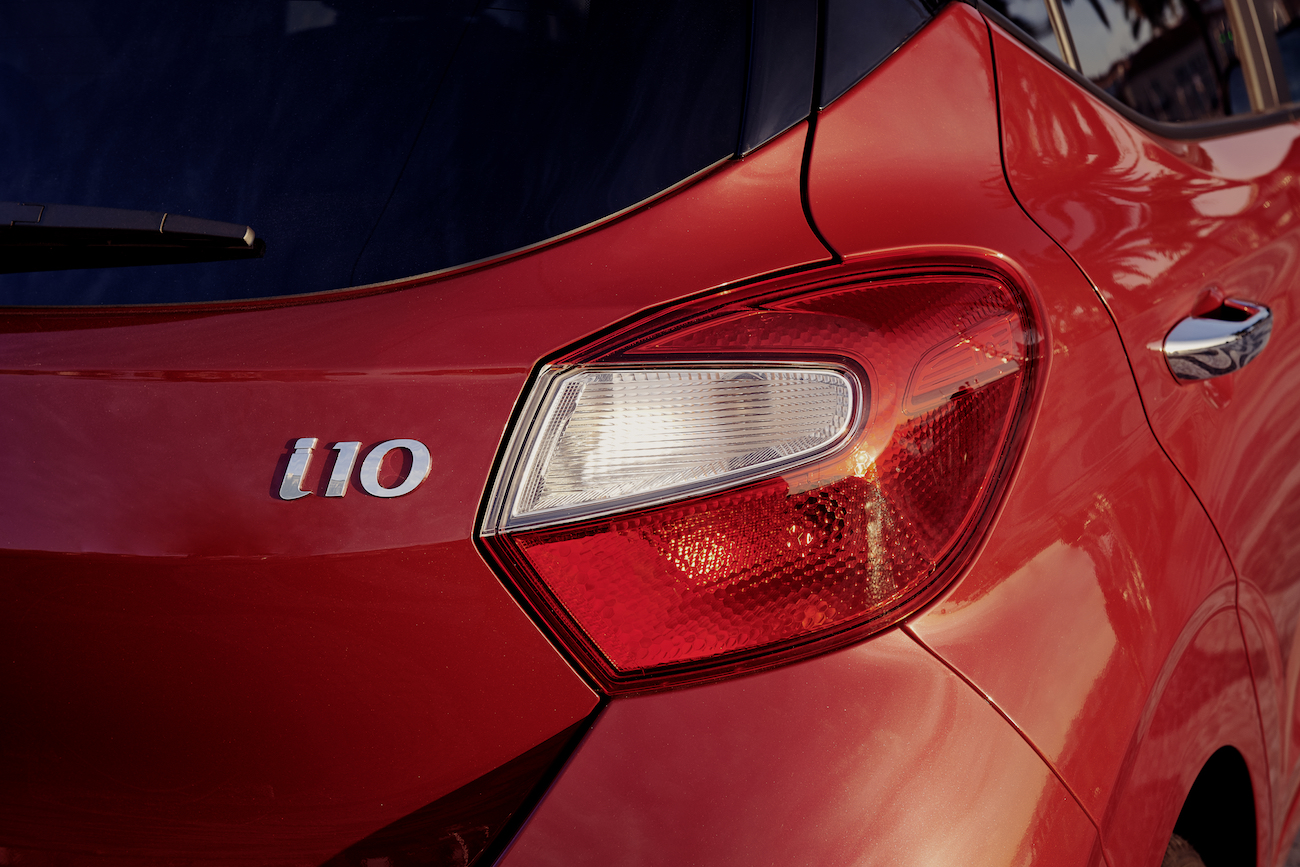 We’d likely upgrade to SE Connect trim, however, as this brings a larger eight-inch colour touchscreen incorporating Apple CarPlay and Android Auto – both features which most drivers will greatly appreciate. That said, the standard infotainment system is easy and simple to navigate though the satellite navigation was a little sluggish during our experience with it.

The Hyundai i10 is just how you’d want a city car to be – honest. Despite the onset of SUVs and crossovers, Hyundai still thinks that buyers want a low-cost, simple-to-drive compact car and we’d have to agree – not everyone needs a tech-brimmed, ultra-luxurious way of getting about, after all.

The i10 may not have the most luxurious cabin nor the very latest systems but it’s efficient, pleasing to drive and good-looking too – and it’s likely to be all the car you could ever need.