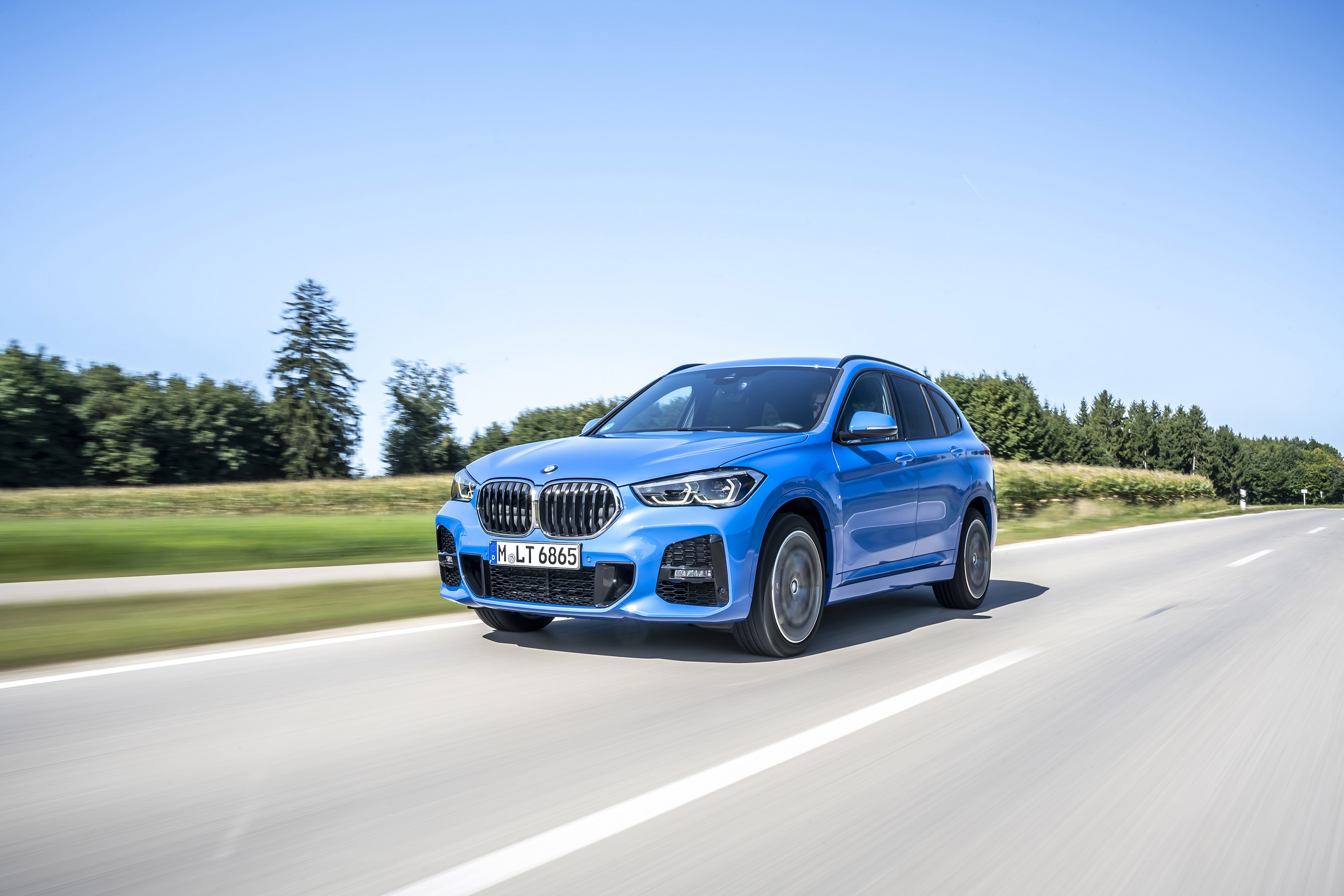 First drive: Does the BMW X1 have what it takes to rule the crossover roost?

BMW has given its entry-level SUV a mid-life update. Jack Healy headed to Munich to see how the updated X1 fares.

First drive: Does the BMW X1 have what it takes to rule the crossover roost?

BMW has filled almost every niche possible – ranging from family hatchbacks to luxury SUVs. But the crossover segment still holds a strong place in the market, and the German firm has been capitalising on that with the X1. Its entry-level SUV was introduced in its current form in 2015, and here we have the 2019 update.

The smallest X model has been the firm’s best-selling SUV worldwide, and to make it even more appealing to customers, it will be offered with a plug-in hybrid option. That will arrive in the second quarter of next year to capitalise on the growing alternatively fuelled vehicle market, but in the meantime, we’ve been testing the standard combustion engines, which BMW hopes will continue to be popular.

To refresh the X1, BMW has fitted the compact SUV with a new grille, larger air intakes, and LED headlights and foglamps – both of which are now standard. LED lights are used at the rear too, while puddle lights have also been added to the top two trim levels – xLine and M Sport. 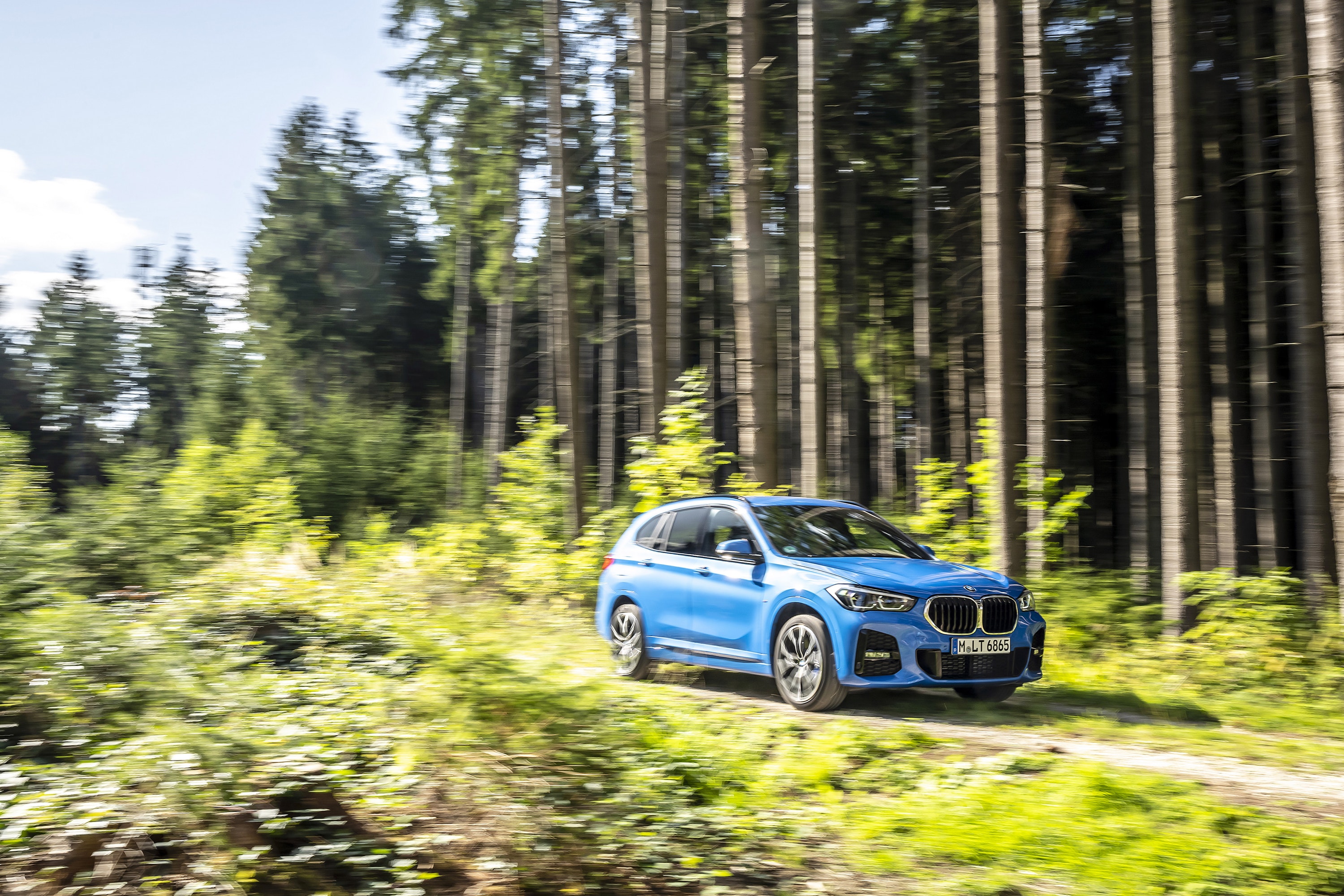 Inside, the German firm has also updated the iDrive infotainment software to be used on the standard 8.8-inch or optional 10.25-inch displays, while an optional head-up display is also available. Design-wise, the popular M Sport trim has been given new air intakes, a more streamlined bumper and an aerodynamics pack, with M Sport suspension also added.

With sales leaning towards petrol power for the pre-facelift model, BMW is maintaining that focus with the popular 18i and 20i remaining. Two diesel units are also available – the 18d and 20d – that are both offered with xDrive four-wheel drive. At the launch event in Munich, BMW only had 25i and 20d variants to test, which aren’t set to come to the UK.

The Munich-based firm is renowned for producing vehicles that drive excellently, and the X1 is no exception. In comfort mode, the steering was nicely weighted and direct, allowing for smooth progress along the rural German test route. The ride was cossetting, and only when pushed did there appear to be any body roll. It cruised on the motorway well too, despite its relatively small size, making it a well-mannered SUV. 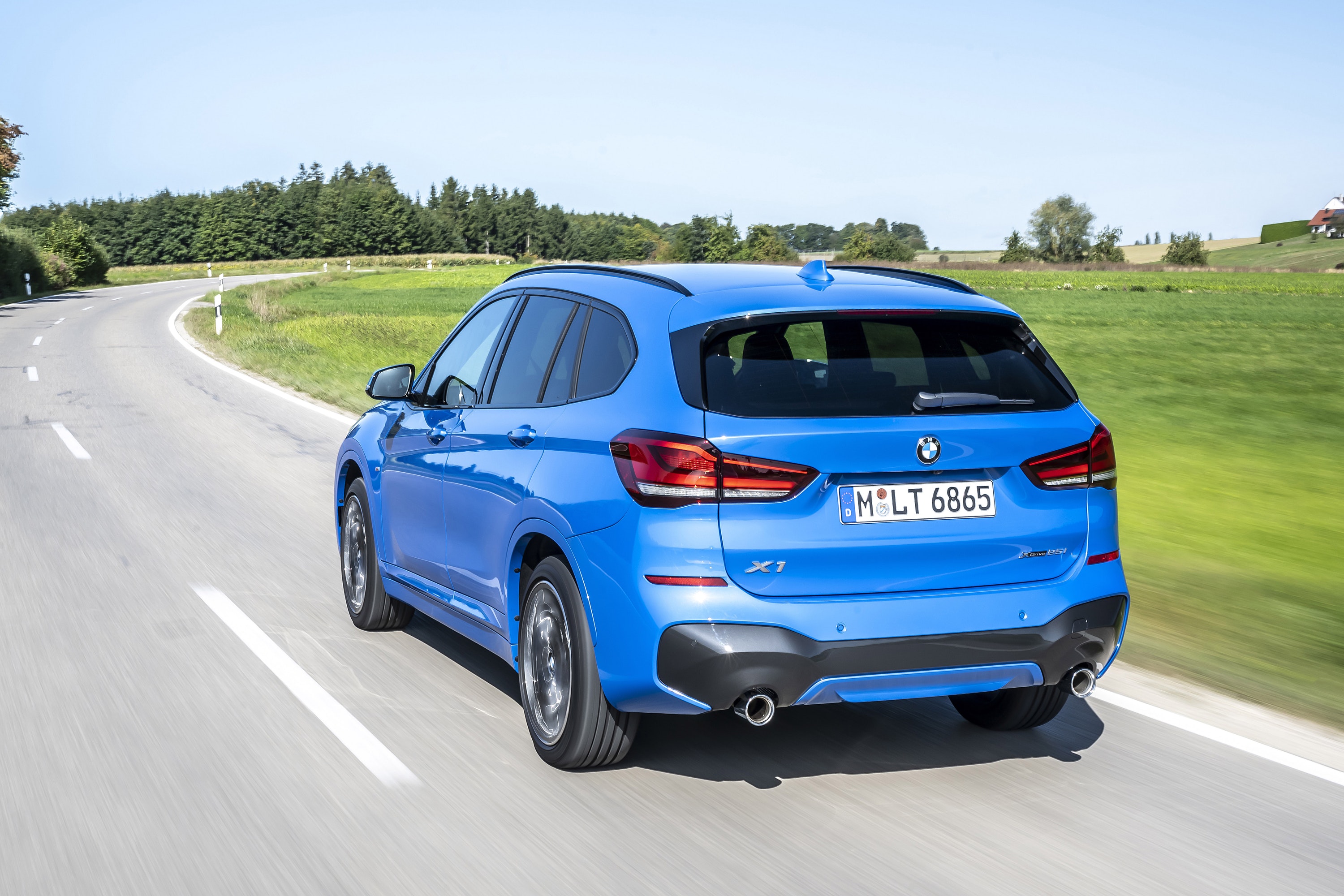 When switching to Sport mode, it becomes much tauter to limit body roll, while the throttle and steering response is improved to make it feel much faster than you would think. Although you never really need it due to how the car drives normally, it’s a nice option when you need to overtake or get up to speed quickly. The 18-inch alloys fitted to our test car didn’t affect the ride too much either, and the overall experience was very refined.

In truth, not much has changed over the 2015 version – but there are a few differences. The new grille is larger and more in-line with models further up the BMW hierarchy, while additional air intakes have been added for a sportier look. In terms of crossovers though, it’s one of the more understated and professional efforts. Some rivals are funkier and more interesting to look at, but the X1 looks much like every other BMW. 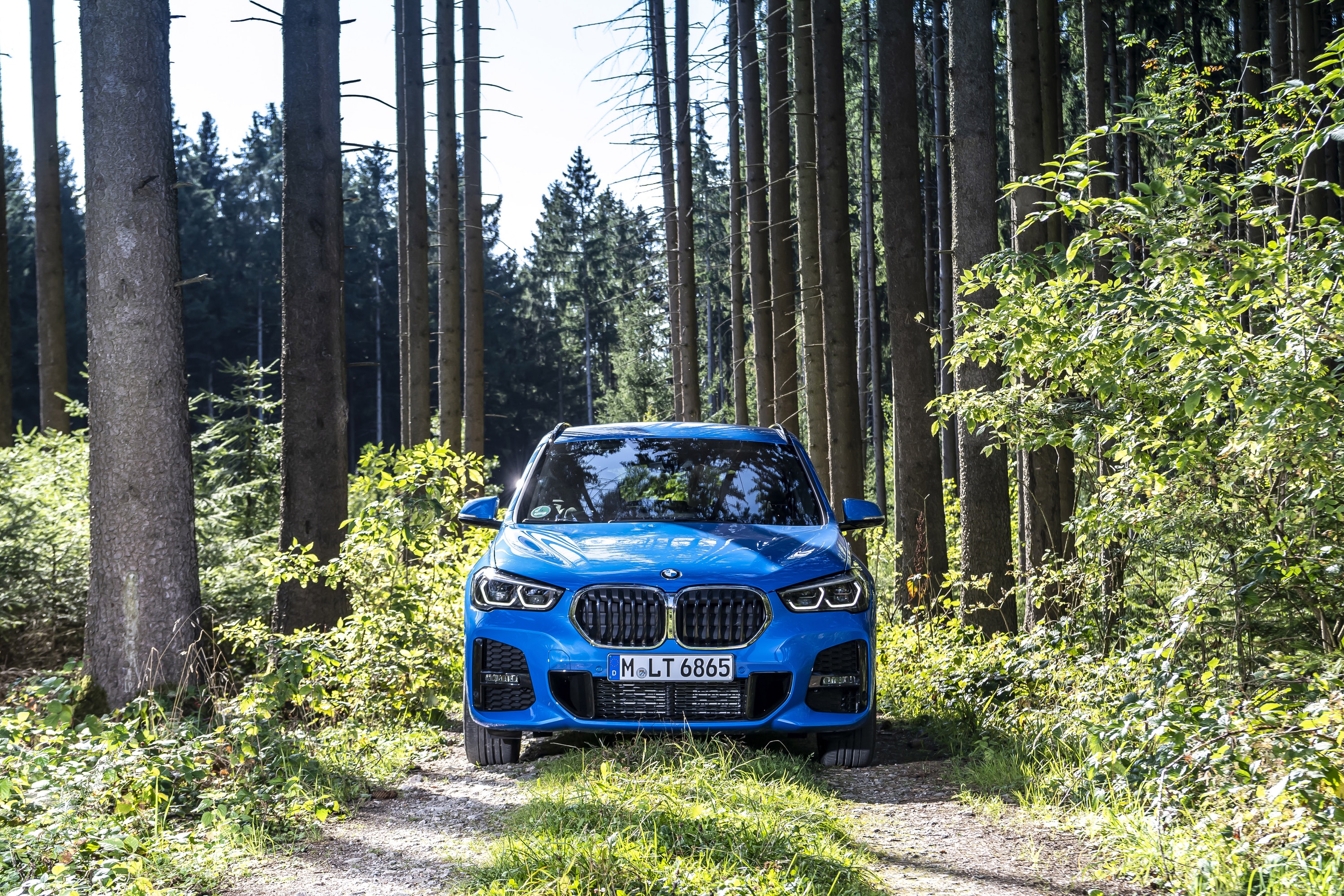 On the M Sport trim we drove, the X1 came with additional aerodynamic styling to enhance the overall look of the model, such as a larger lower intake at the front and a body-coloured rear splitter. The recognisable M badges were dotted around the car, while the chrome exhausts looked particularly good on the blue test car.

If you’ve driven a BMW from the mid-2010s before, it’ll be a very familiar site. Not that that’s a bad thing, as the cabin is easy to navigate, all the controls fall close to hand and everything is clear. The semi-digital dials are easier on the eye than the newest all-digital BMW units, while the 10.25-inch display of the M Sport model we tried was excellent. In summary, it’s pretty standard BMW, but that’s okay for us. 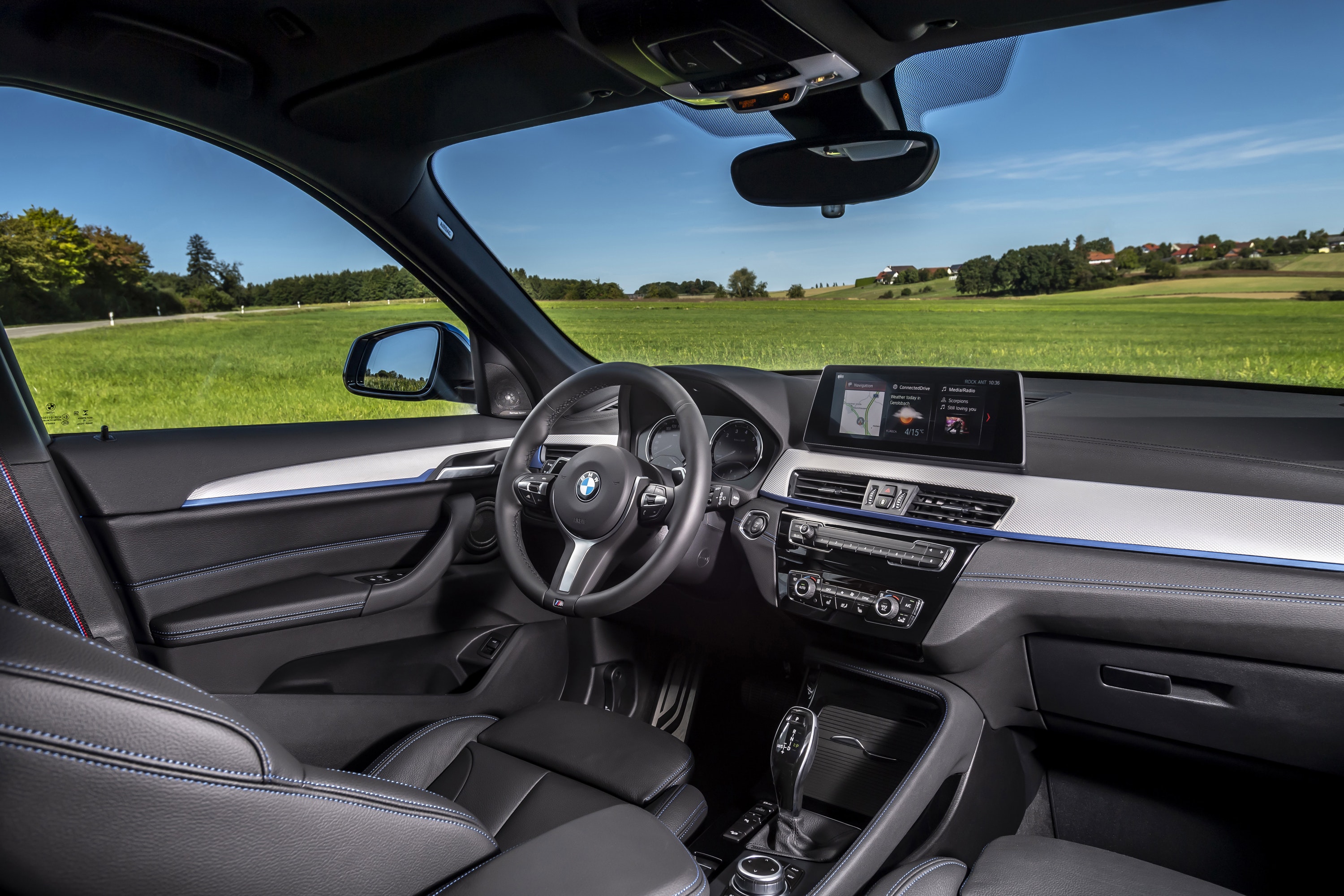 The spacious cabin means it is easy to get comfortable, with the all-electric seat adjustment making it very simple. There is a lot of head room and space in the back is plentiful, with even taller people enjoying enough rear leg room. The 505-litre boot space is also well-shaped and you can extend that to 1,550 litres by folding the split rear seats down.

From the base level, the X1 does come well-specced for the £28,795 starting price. Featuring 17-inch alloy wheels, chrome exhaust pipes and front grille alongside electrically adjustable wing mirrors and roof rails on the outside, the interior comes handsomely equipped. An 8.8-inch touchscreen infotainment screen, adaptive cruise control, a sport-styled multi-function leather steering wheel and cloth upholstery are all included. 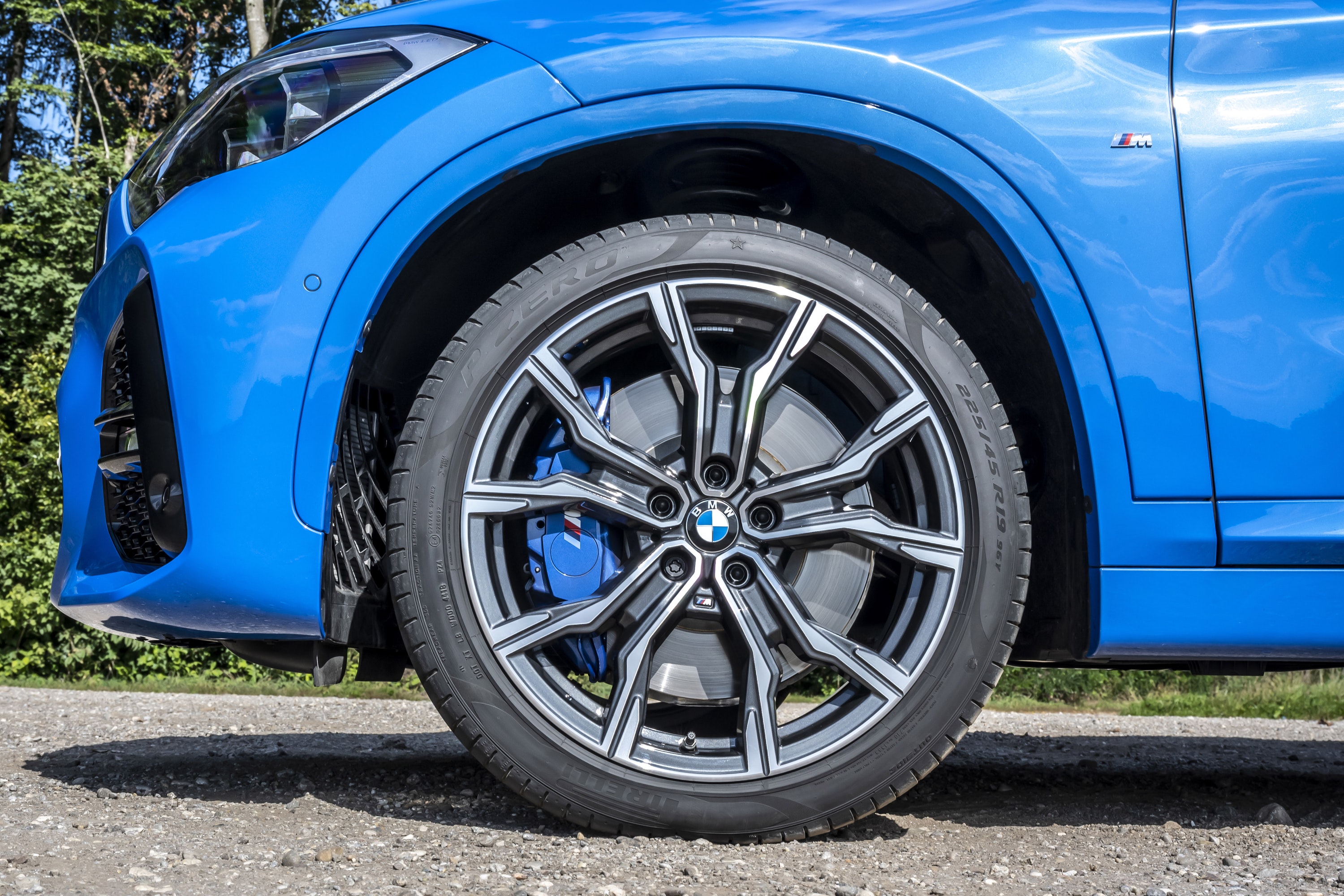 The M Sport model we tested came with the largest screen – a 10.25-inch unit – as well as a reversing camera, front and rear parking sensors, M Sport leather steering wheel, full leather upholstery with contrast stitching and heated seats. This top-end model is expected to be the most popular with customers. 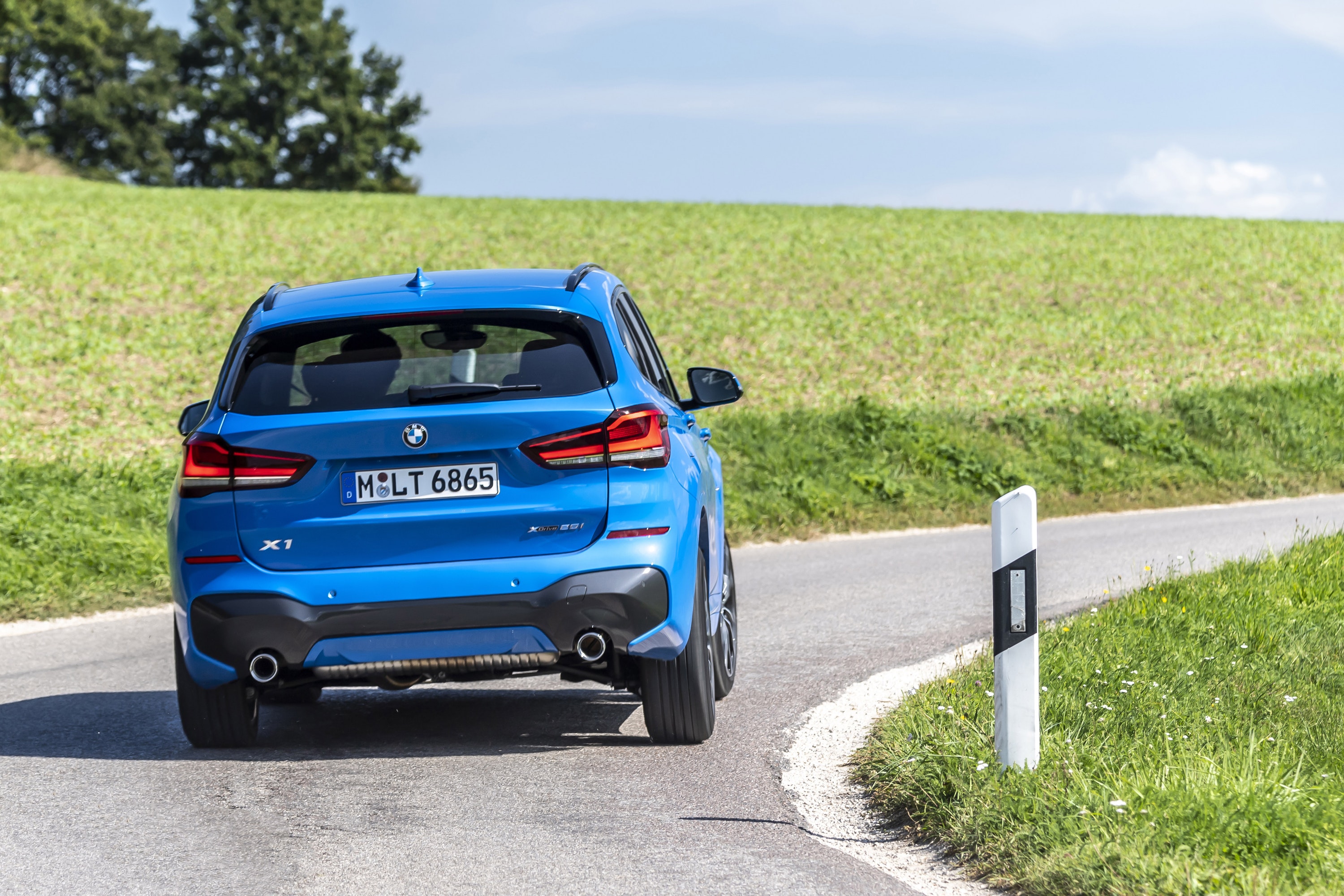 The X1 is nice to drive too, remaining predictable and assured whether in Comfort or Sport modes. The interior is very BMW – not that exciting but well-appointed – with plenty of room for all. The only thing that can make the package more enticing is the plug-in hybrid option. But for now, the petrol unit will do.