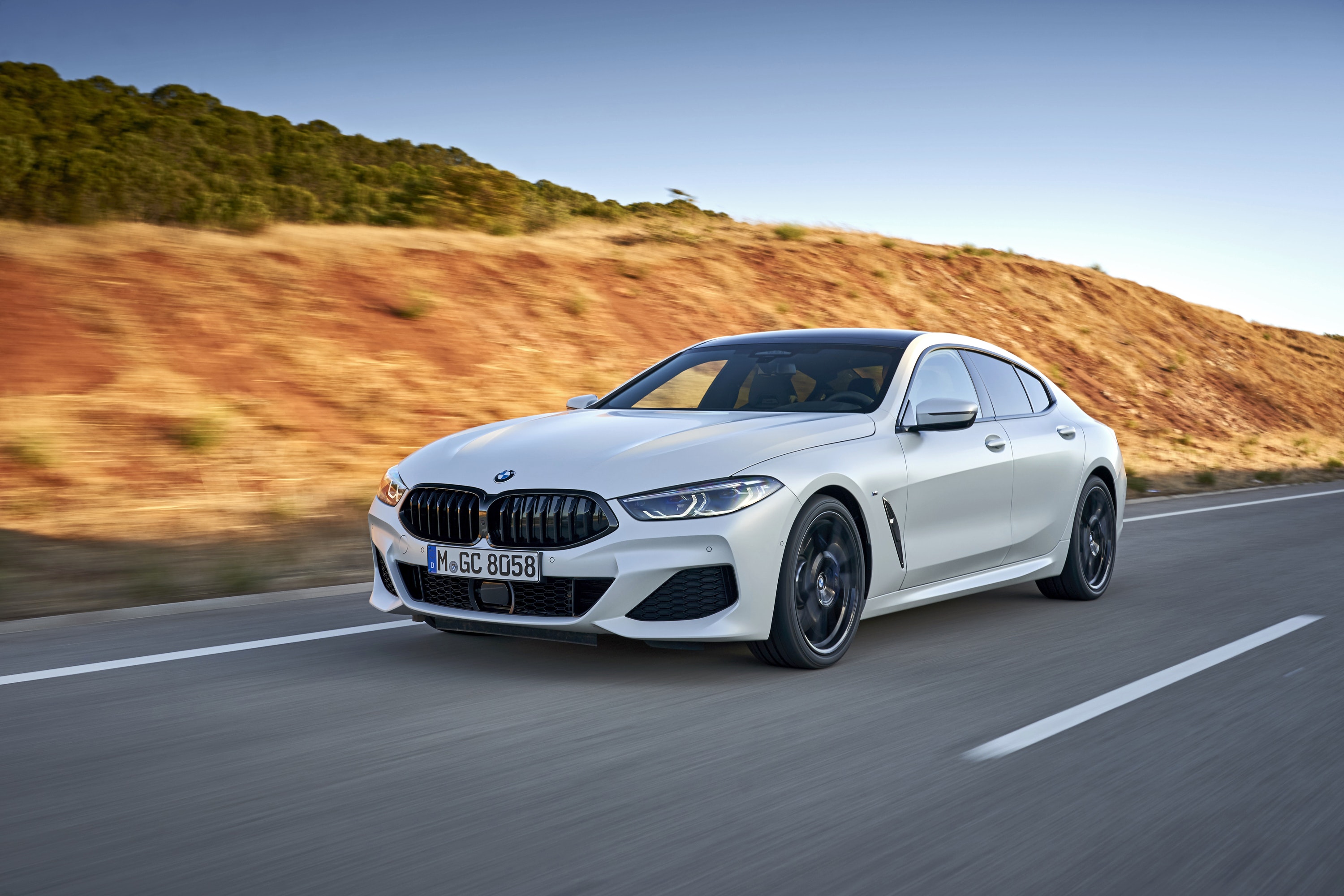 BMW has added an extra set of doors to its 8 Series in a bid to improve practicality — but is there more to it than that? Ryan Hirons finds out…

Giant four-door ‘coupes’ are no new thing. It’s a not-so-niche segment, pioneered by the likes of BMW and Mercedes over the last decade or so, to give buyers who need a saloon but really would love a coupe something of a middle ground.

It’s proven popular, so it’s no surprise to see BMW has taken its recently introduced flagship 8 Series coupe and slapped on an extra set of doors. In its standard guise, the 8 Series is something of a desirable cruiser — but does that remain in its newly-shaped form?

Ok, so there is more to this car than just taking an 8 Series Coupe and adding some doors behind the fronts — it’s actually a noticeably larger form overall. It’s grown 231mm in length, 30mm in width and 61mm in height. 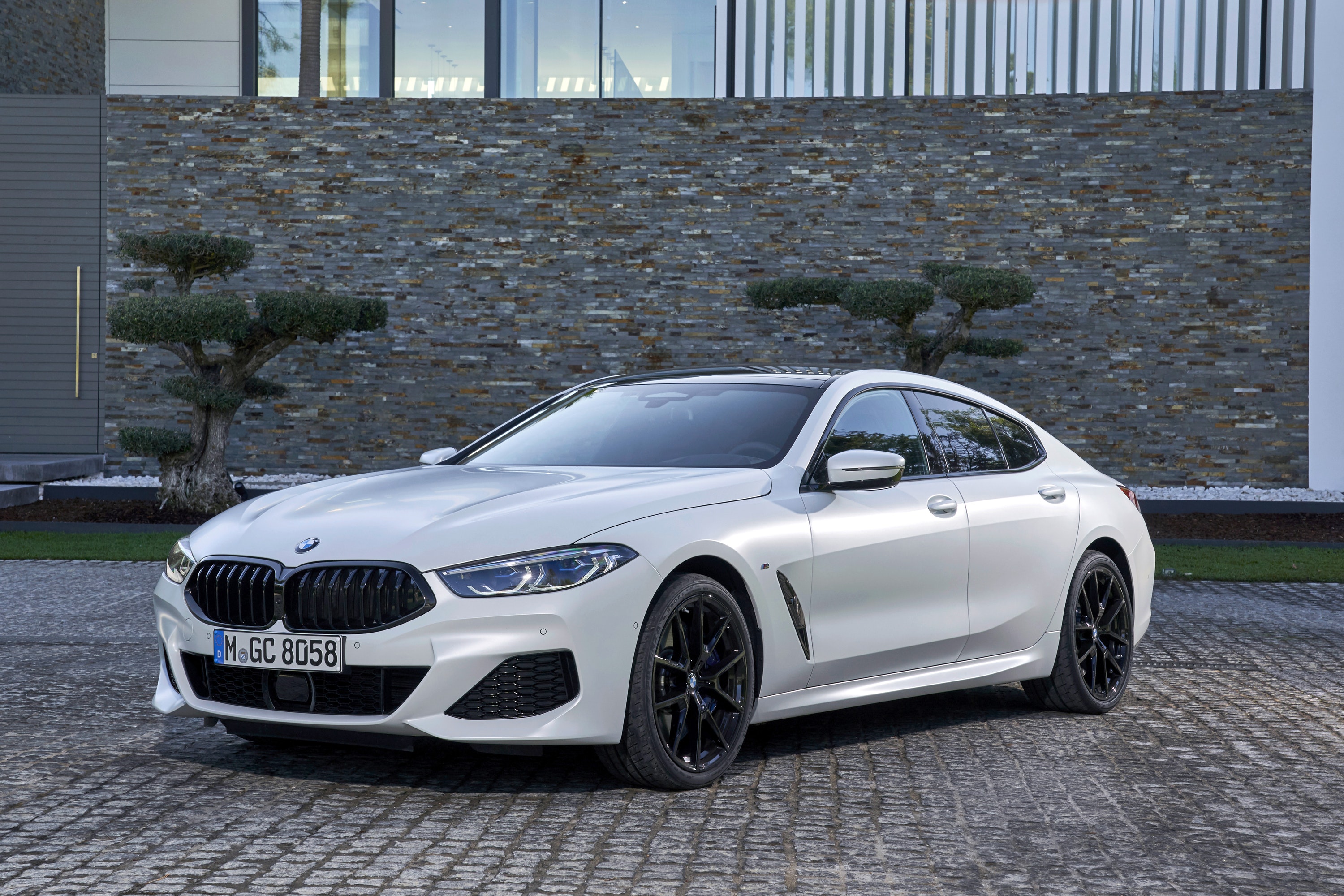 Some design alterations have been made to the car too. Though its front end is identical to the coupe, the windscreen is slightly steeper as a result of a higher roof, with a similar approach taken for the rear window to maximise boot space.

But, dimensions and slight styling tweaks aside, there’s little to differentiate between the 8 Series variants.

It’s the 840i Gran Coupe we’re driving here, denoting its 3.0-litre petrol six-cylinder powerplant. In this guise, it sends 335bhp and 500Nm of torque to the rear wheels via an eight-speed automatic gearbox.

As a result, 0-60mph comes in five seconds flat with an electronically limited top speed of 155mph possible. BMW says the car can achieve 37.7-38.2mpg on the combined cycle while emitting 168g/km of CO2. 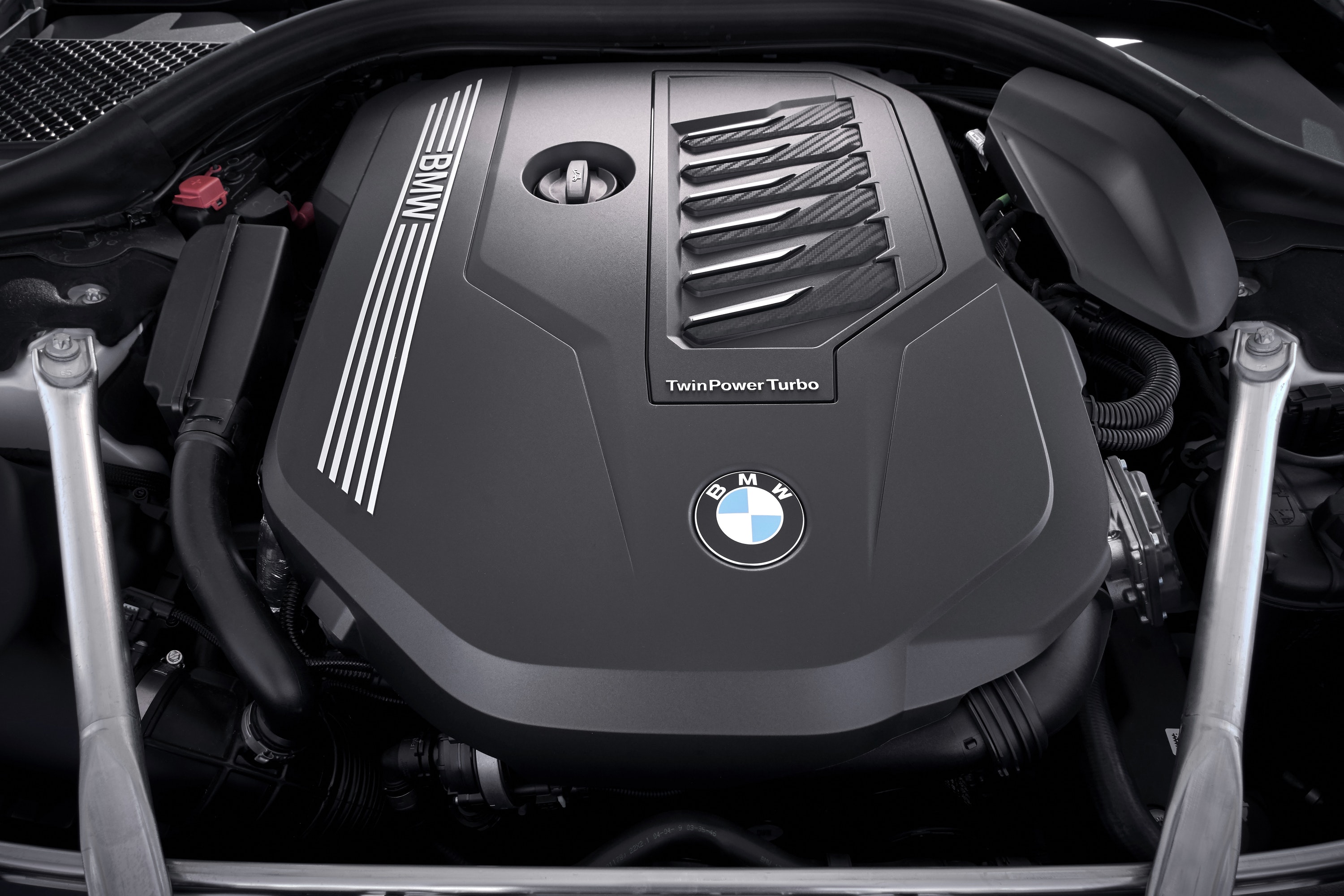 If we put the 840i Gran Coupe in its intended place — sitting out on a motorway and covering huge distances — there’s little to complain about under the bonnet. The powertrain’s refinement is impressive, with very little noise coming from upfront, while power delivery is consistent across the rev band which allows for perfect execution of merging and overtaking manoeuvers.

Take it on a back road though, and it is a little undone. Hesitation from the gearbox makes it frustrating to apply power when exiting tighter corners, and there’s so much mass to the car that its power output feels far from enough to gather any real pace.

At motorway speeds, with its adaptive cruise control system on and the car just doing its thing, the 8 Series Gran Coupe is a hard experience to beat. Refinement, like the engine, is very impressive — wind noise is minimal, it glides over the road and you’re really only going to hear surface noise if it’s a particularly harsh road. 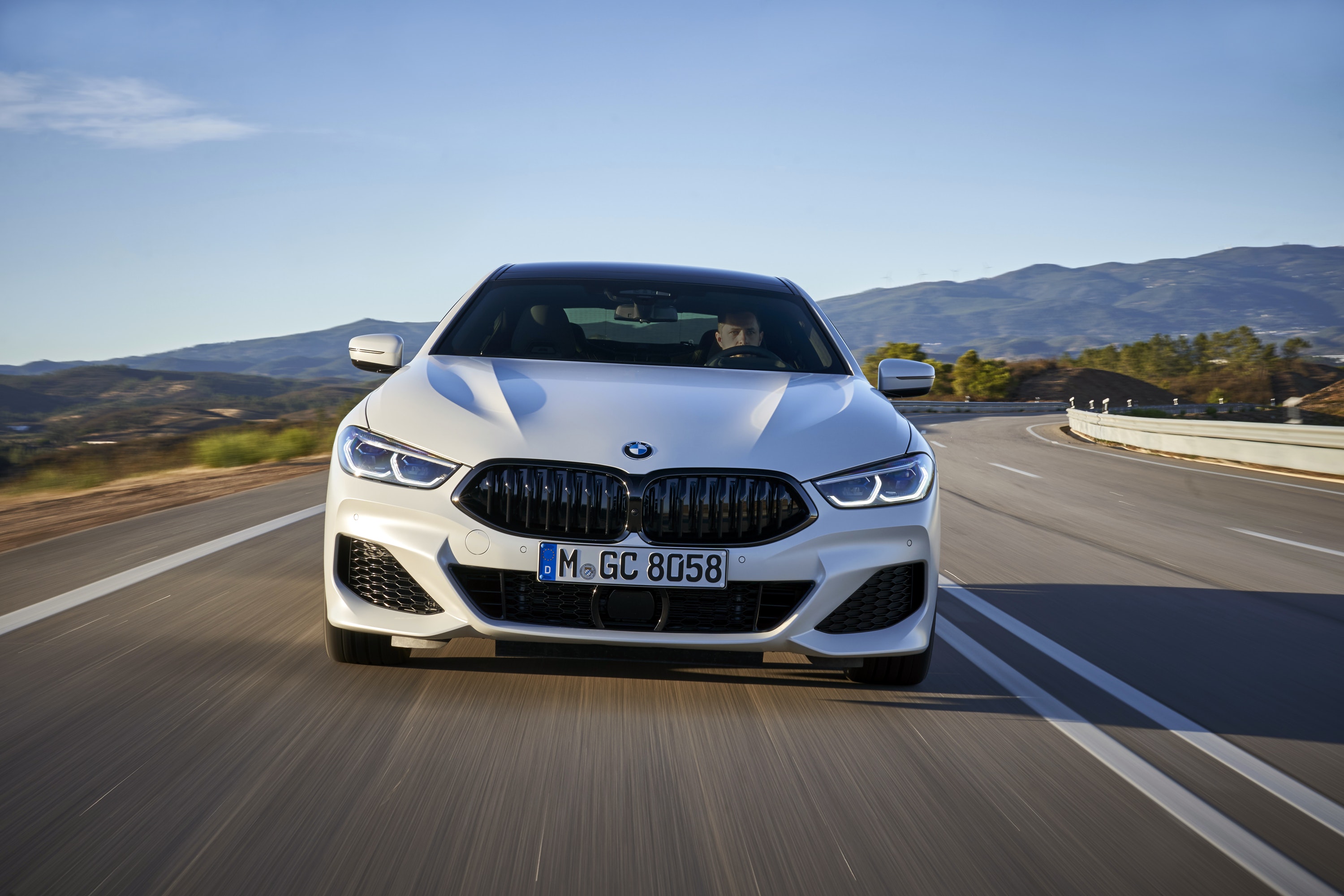 That’s what you would expect of a luxury grand tourer — and with that comes more compromises in spirited driving. The sheer mass of the car is hard to ignore when attacking corners with any velocity, and there’s a real sense the car isn’t comfortable with a ham-fisted approach — a sports car this is not.

As mentioned, BMW has retained the recognisable 8 Series silhouette here — albeit with modifications for a more spacious vehicle. 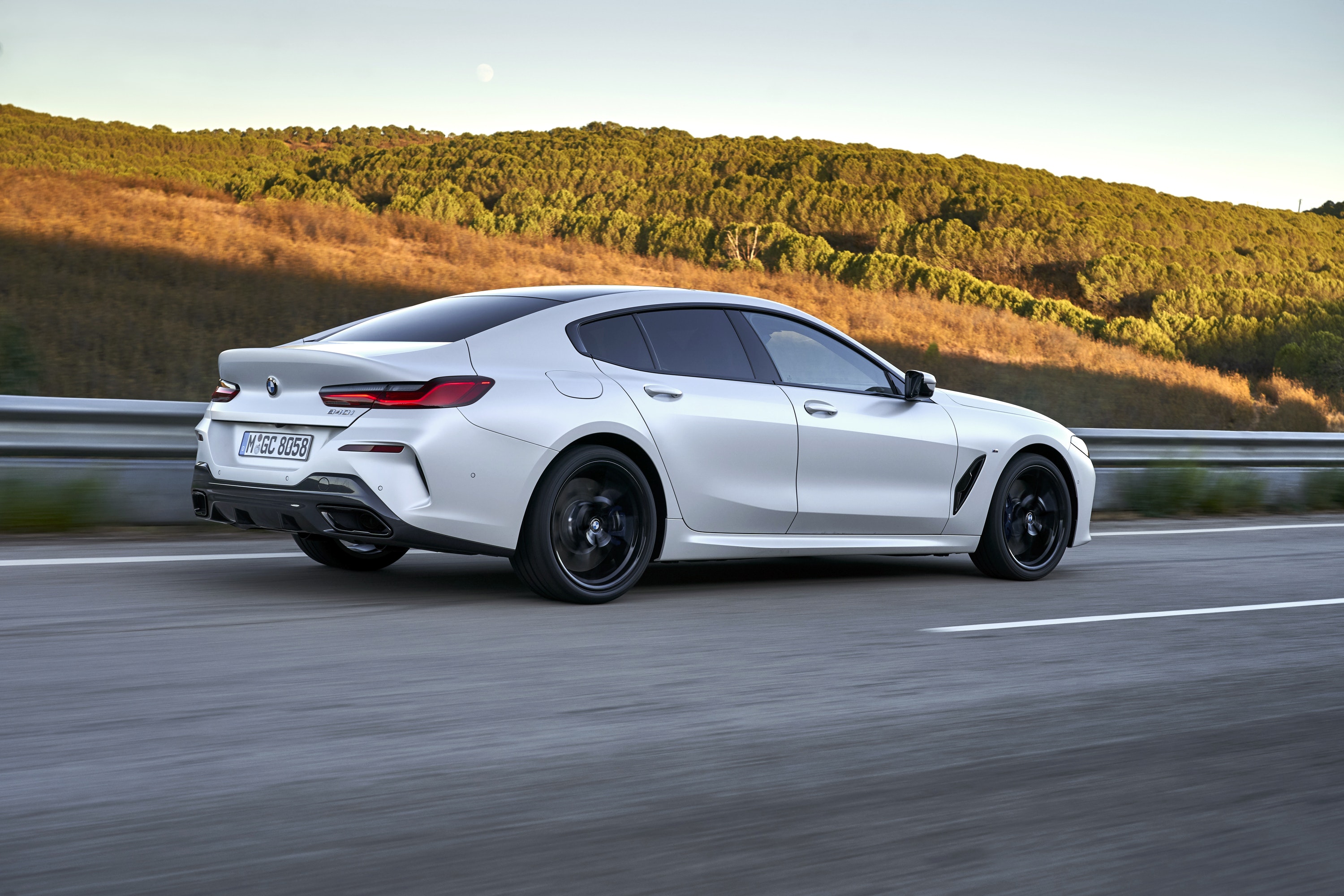 It still has an imposing effect upfront from its angular nose details and large grille, though, from the windscreen onwards, the morphing of the design is pretty obvious. Side-by-side with a coupe variant of the 8, it’s definitely the ugly duckling of the two — though as a standalone machine it remains a real head-turner.

Much like the exterior design, the cabin of the 8 Series Gran Coupe is nearly identical to that of the regular two-door car, albeit with some modifications for the sake of passenger comfort.

That means those up front are met with a plethora of plush materials, with build quality throughout the car of a very high standard. 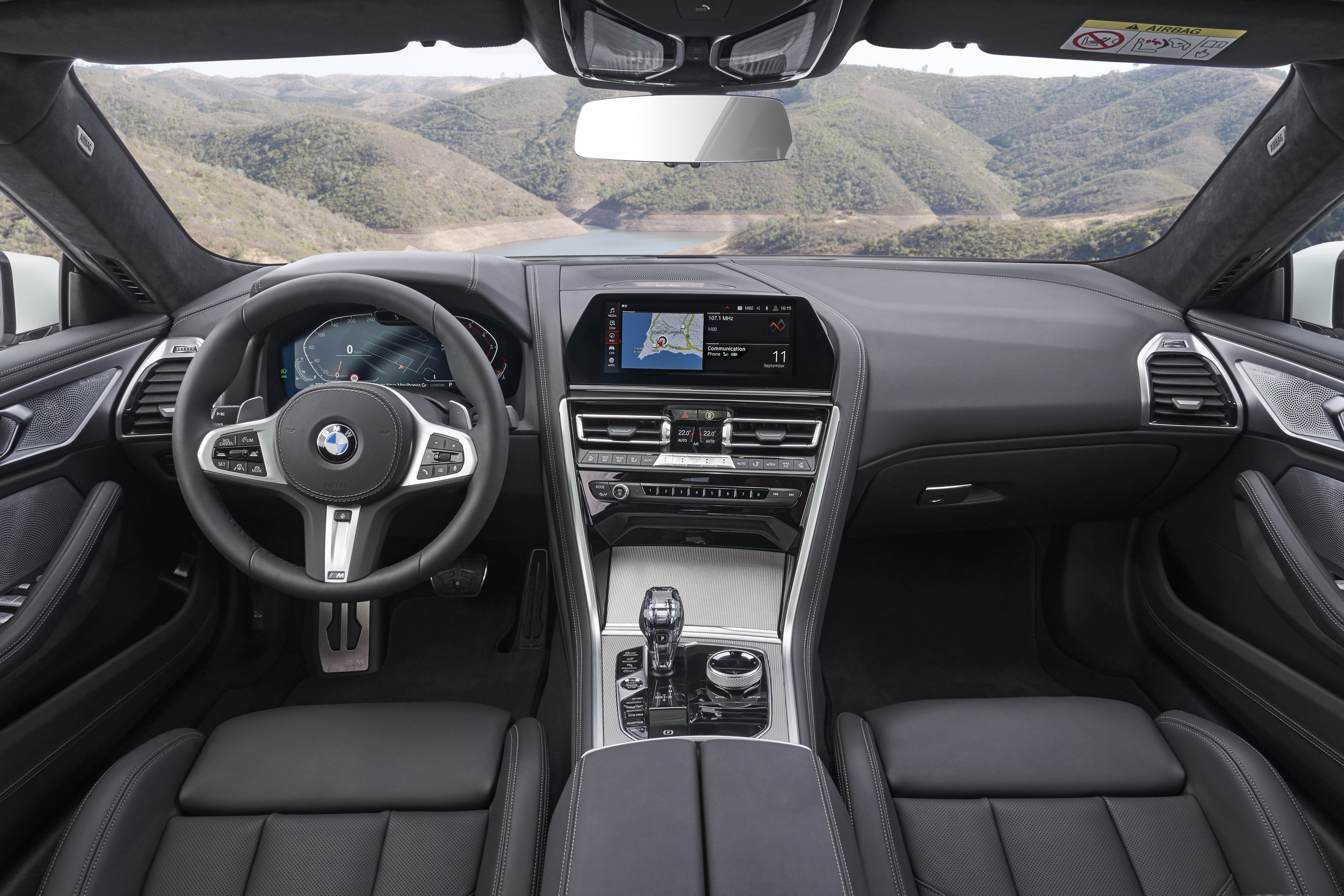 The big change here though is the extra space in the rear of the car. Many coupe-turned-four-doors tend to have an issue in providing proper comfort in the back. For the averaged size adult, that’s, fortunately, no problem here — with plenty of head- and legroom and even a separate dual-zone climate control system. Those blessed with more height may find their scalps touching the headliner, though.

As standard, the 8 Series Gran Coupe’s exterior is enhanced with 20-inch alloy wheels, an ‘M Aerodynamic’ package and automatic LED head- and taillights. Luxuries inside the car include a thermally in 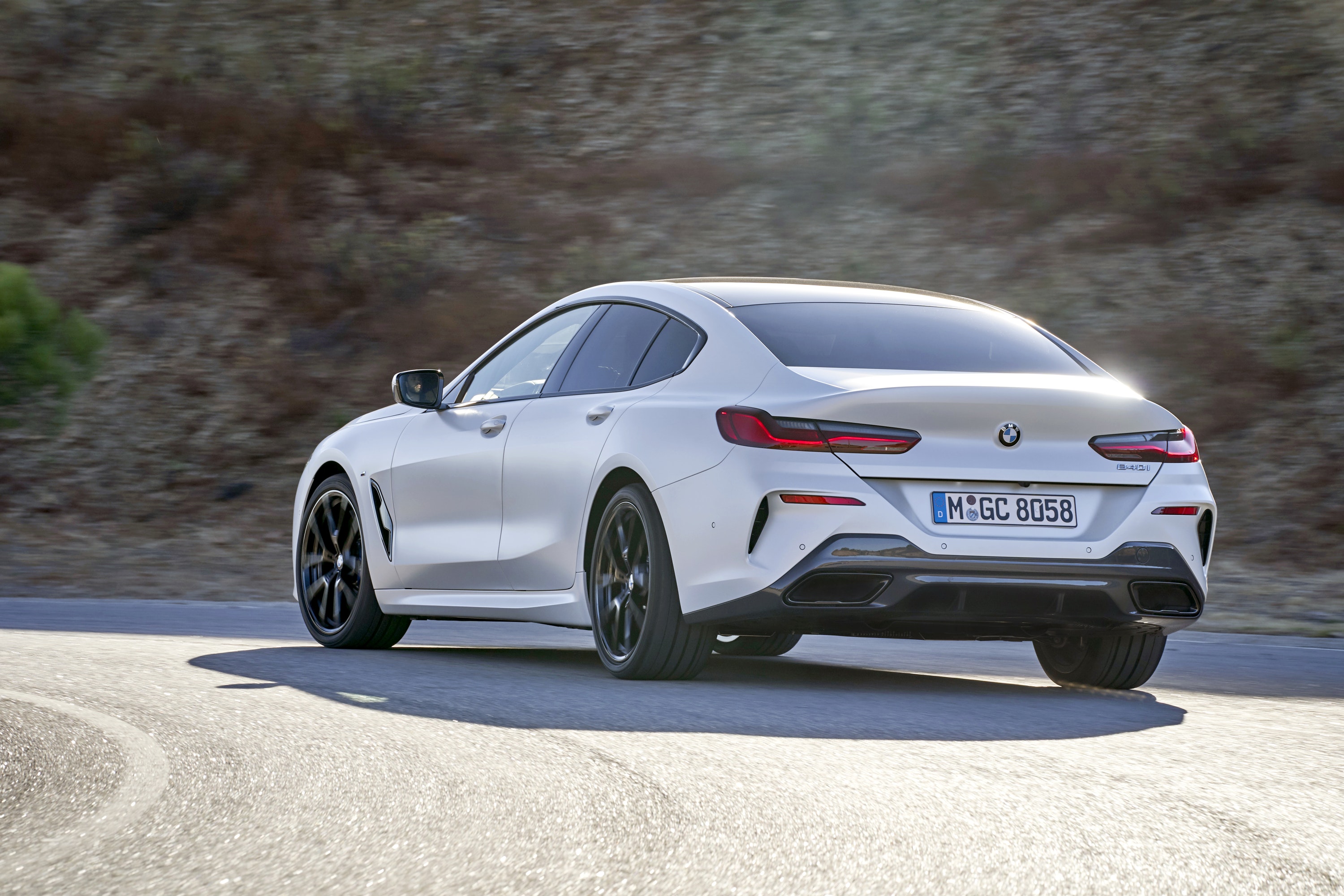