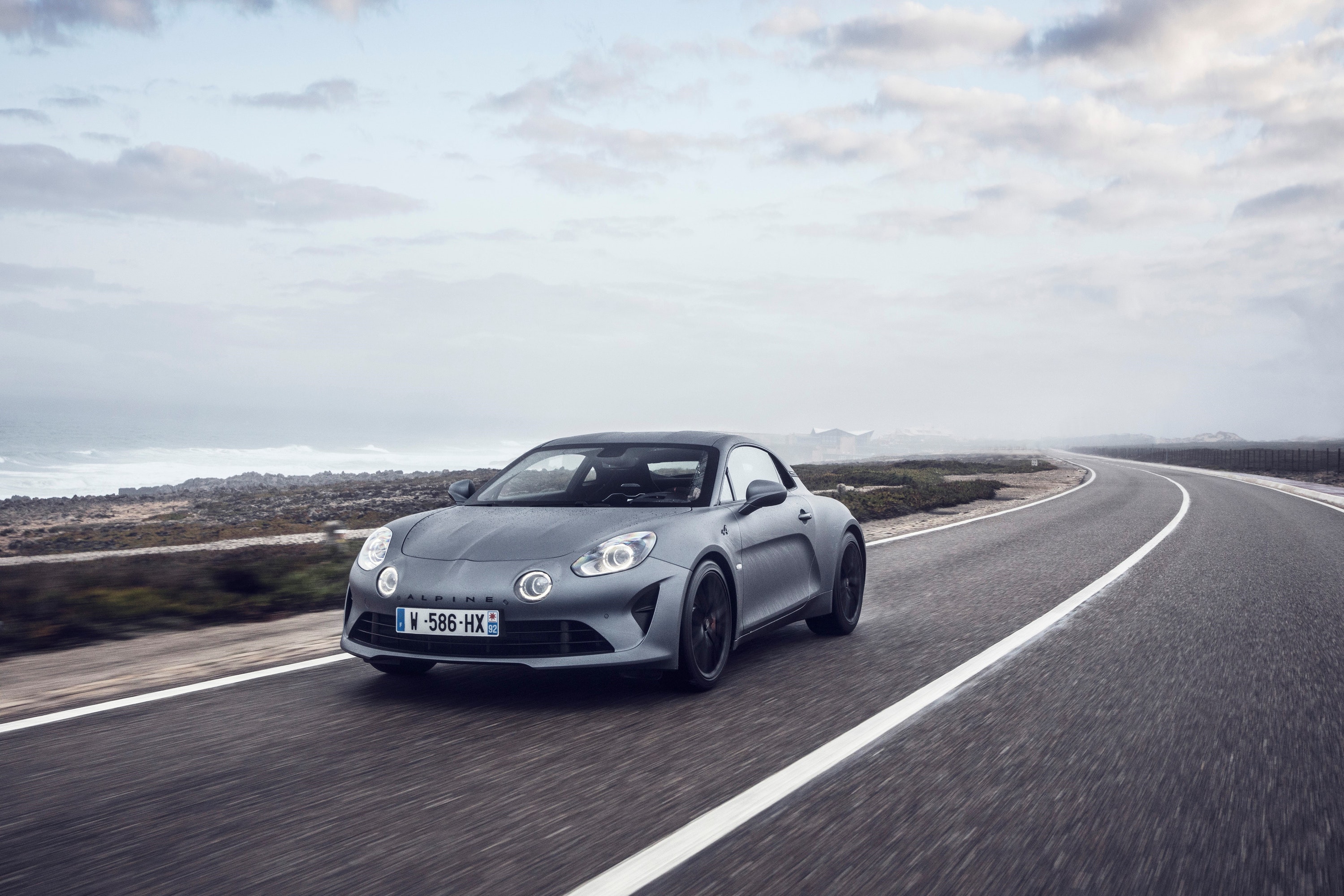 Jack Evans heads to Lisbon to see if ‘S’ adds some spark to the Alpine A110.

The Alpine A110 made waves when it arrived back in 2017. It took an old-school approach to the sports car layout by offering sharp handling, low weight and brisk performance all wrapped up in an eye-catching body. It’s done well, both critically and publicly, but now Alpine has seen fit to top the range off with a more powerful, even more driver-oriented version – the A110S.

We’ve travelled to Lisbon to see what this latest car from the French manufacturer is like and find out whether the sweet formula which was so beloved in the standard car has been tweaked for improvement – or messed with too much. 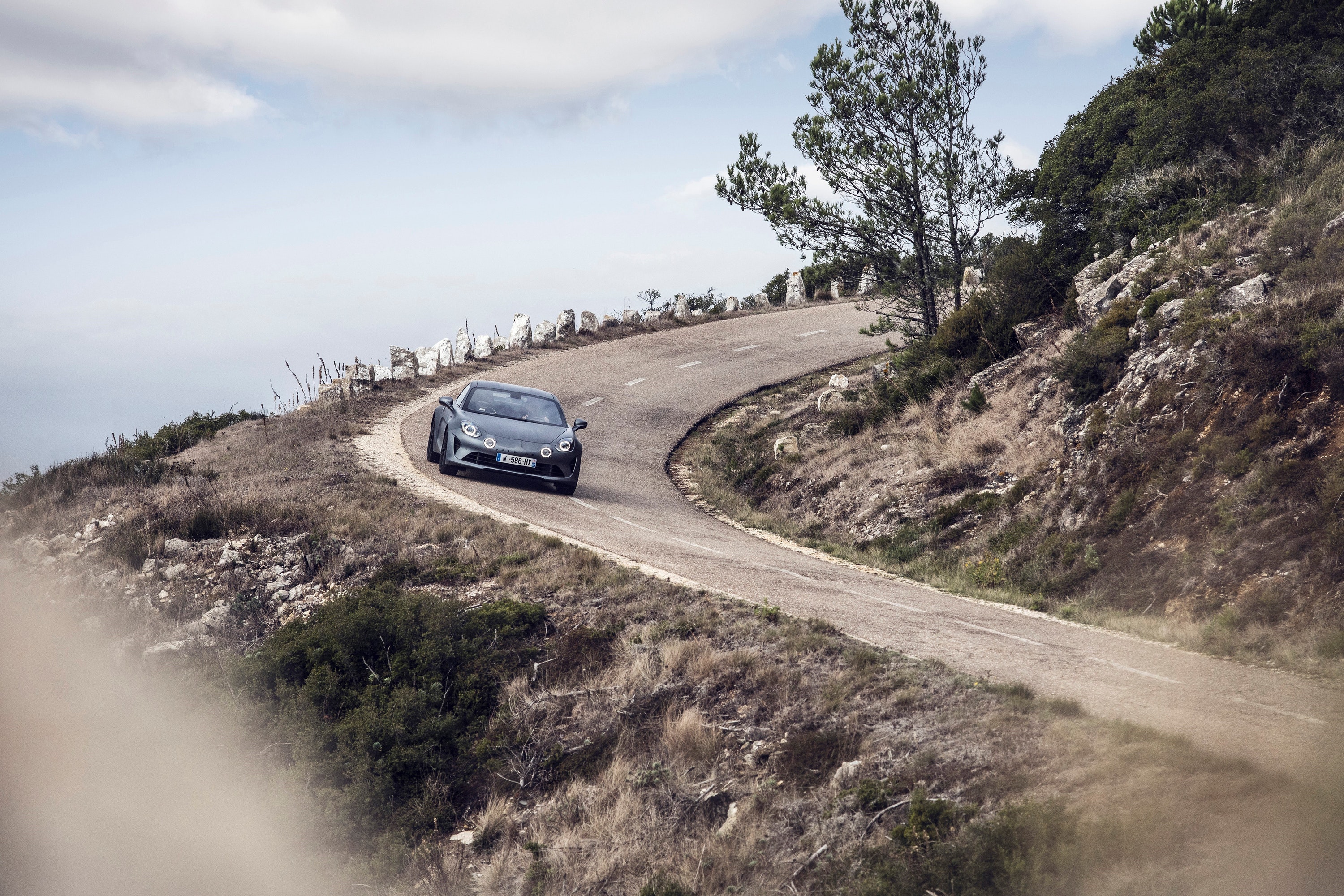 Alpine has done a surprising amount to the standard A110 to transform it into the S. There’s more power, of course – but we’ll get to that in a bit – while the ride height has been dropped by 4mm over the regular car. Meanwhile, the springs have been stiffened up by 50 per cent, and the anti-roll bars are firmer by 100 per cent. So, it’s safe to say that the way the A110 rides has been radically changed.

New wheels and tyres feature on all four corners, and the car’s electronic stability program has been given a tweak too for a more focused drive. There are also powerful Brembo brakes and calipers which are only available as an optional extra on the standard A110, too. 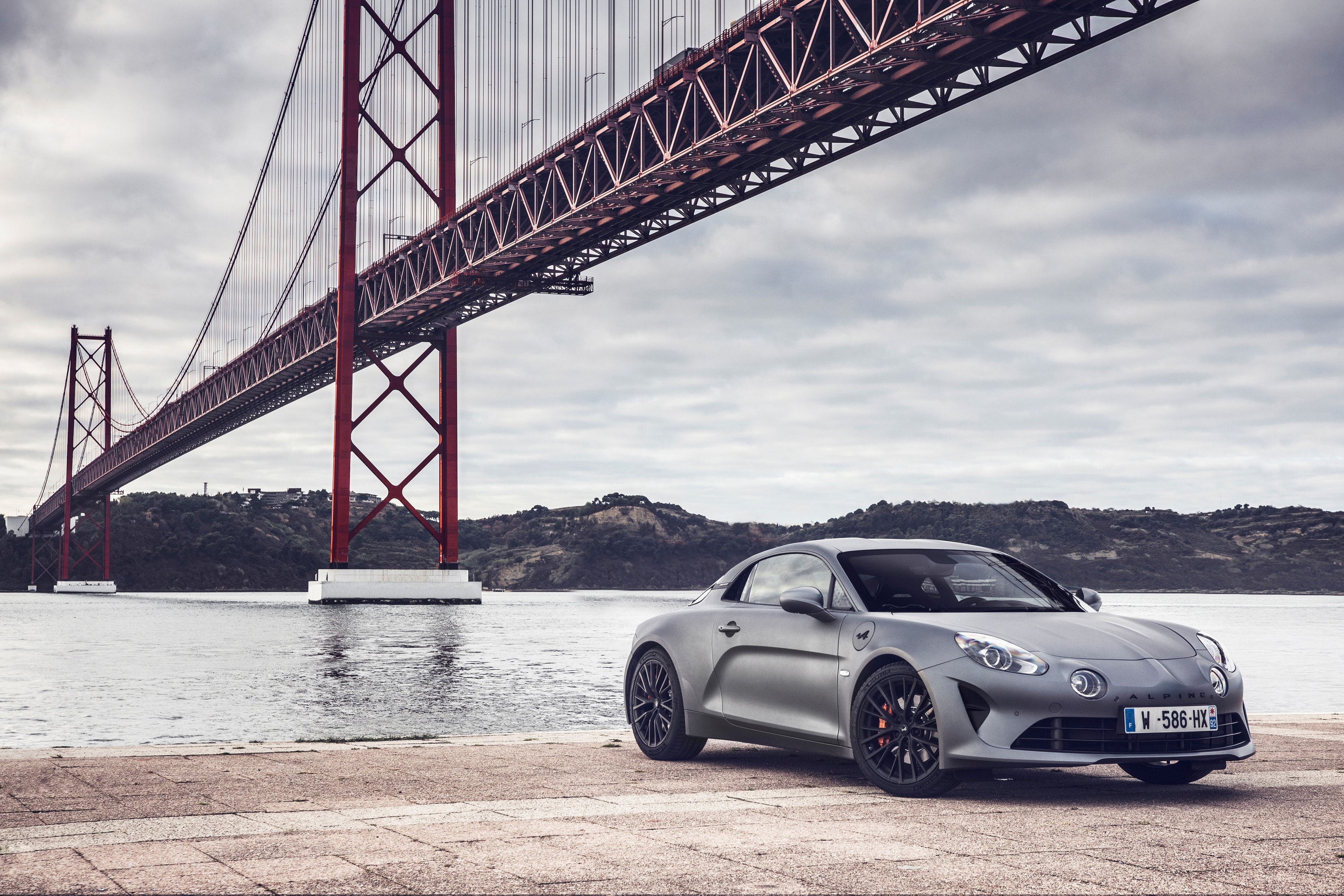 The A110S uses the regular car’s 1.8-litre turbocharged petrol engine but, as we mentioned earlier, it’s been given a little more punch. There’s just shy of 40bhp extra, in fact, and there’s 320Nm of torque too.

The way it delivers the power has been changed; peak power is available at 6,400rpm, which is 400rpm higher than on the standard A110. It means that you’ve got longer to access that power which makes for more exciting acceleration. It allows you to string out the gears even further, pushing the car harder to get the most from the engine. As before, power is sent to the rear wheels through a seven-speed dual-clutch transmission.

Up and running, the first impression you get of the A110S is that it’s too firm. Initially at least, there’s a fair amount of jostle transferred to the cabin and there’s more of the road imperfections highlighted than there is in the regular A110. However, gain a bit more speed and the bonus of that added spring rate and drop in ride become more apparent.

The S is easier to control at higher speeds than the standard A110, which can become a little uncontrolled in terms of body roll as you go through quicker corners. The turn-in feels sharper, and because of peak power is available at higher rpm, you can really drive the car out of corners hard without troubling the limiter for too long. The steering, just as it is in the base A110, is a high point, with great balance and weight helping to improve your confidence in the car as a whole. 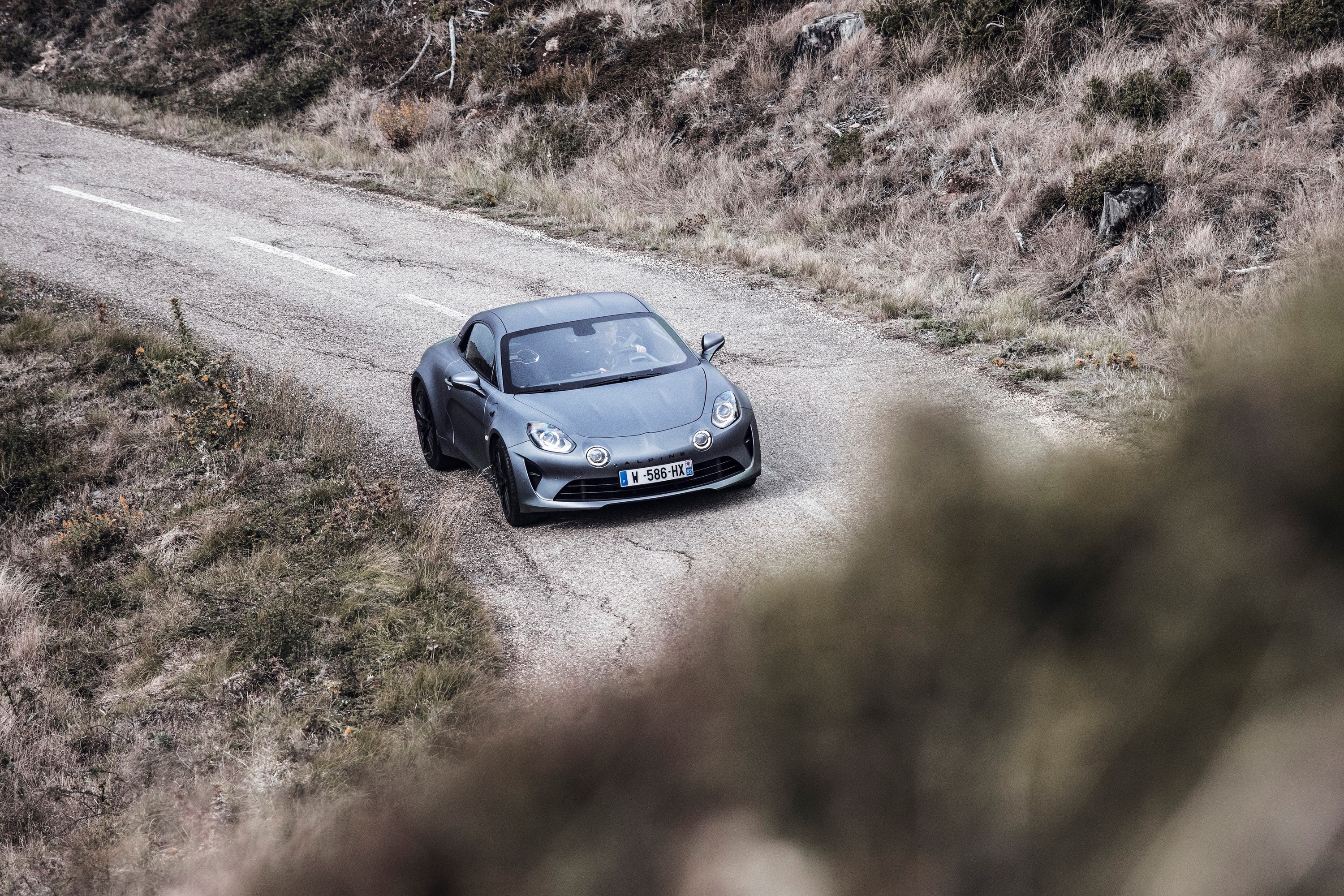 Alpine hasn’t radically changed the looks of the S over the base A110. That 4mm drop in ride height gives it its largest visual change and we’d argue it’s a good one, helping to give the car a little more purpose. Carbon-fibre badges adorn the sides of the car, and our test cars came with forged alloy wheels too – though these remain an optional extra on the S, just as they do on the A110.

In truth, Alpine didn’t need to mess with the looks of the car. It’s one of the strongest parts of the overall package (other than the drive, of course) and we’re glad that its features haven’t been over-exaggerated for the S. 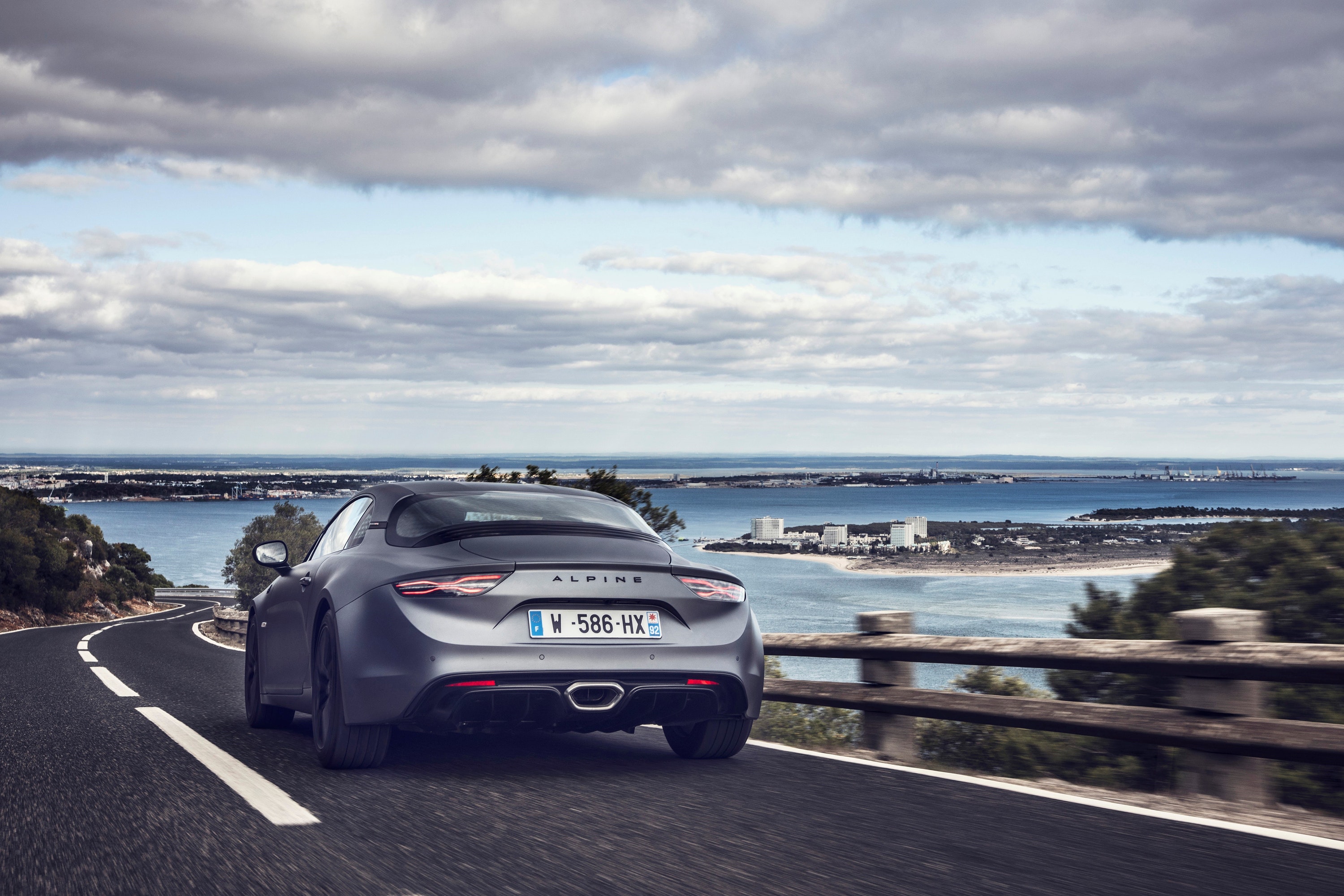 Again, it’s a case of subtle changes for the cabin just the same as it is on the exterior. You get orange highlights and stitching, while a new, more technical-style fabric has been used for the headlining, sun visors and door panels. The sport seats themselves are trimmed in the same fabric too, with the pair weighing just 13.1kg each. You can upgrade the roof to a carbon fibre version too, saving a further 1.9kg, but it comes at a cost – £2,208 extra, in fact.

It’s a classy, well-finished cabin and, though some of the interior plastics could be a little better, it’s well-suited to the car overall. 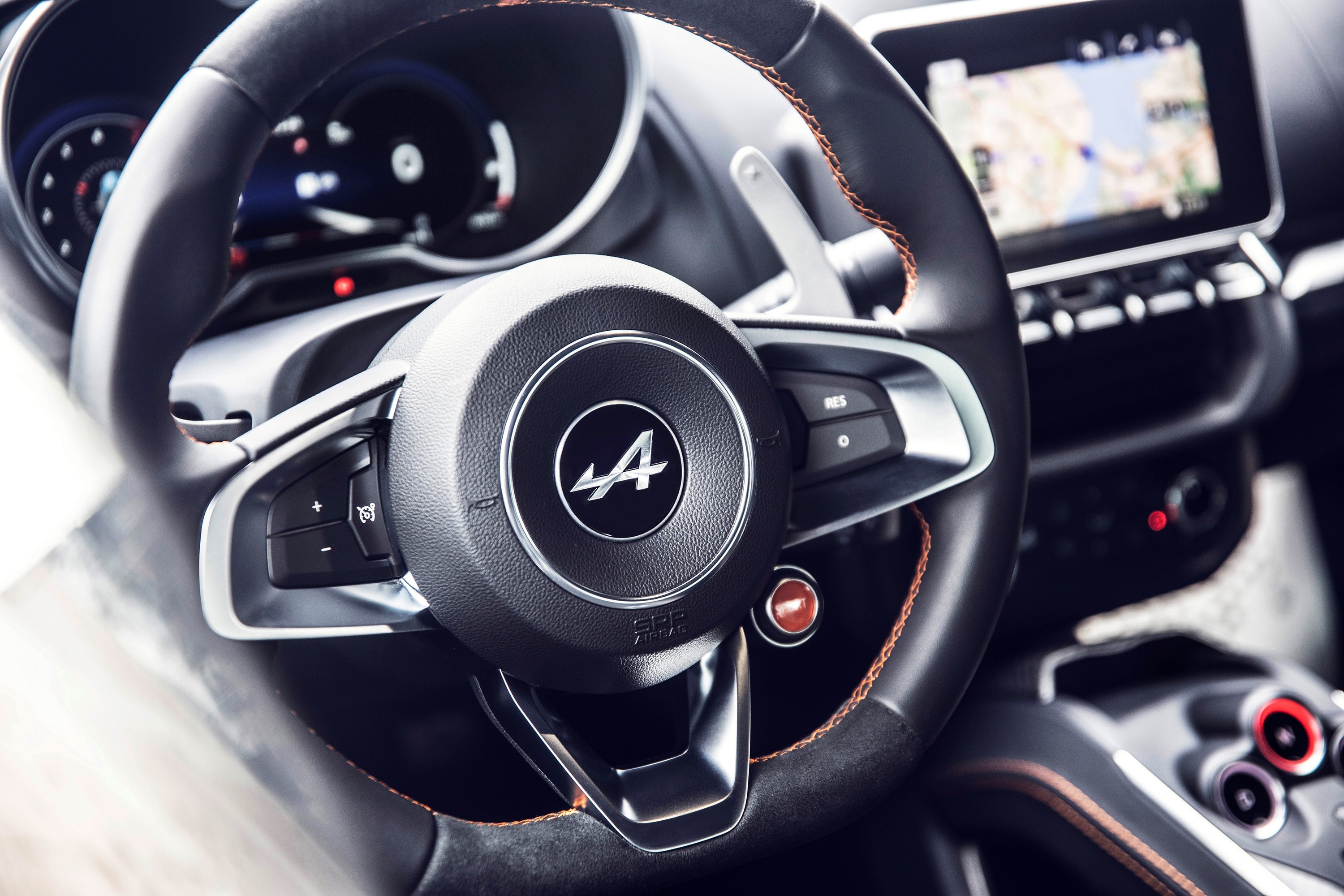 The Alpine A110S weighs in at £56,810, which represents a significant hike over the next most expensive model – Legende – which commands a £50,805. If you’re hoping for a full suite of new interior tech for that premium, then you’re likely to be disappointed. Yes, there are new, more upmarket materials used throughout the cabin, but the main architecture remains the same. The central infotainment system is decent enough, however as we’ve said about its use in lower versions of the A110 before, it’s not quite as clear to use as rival offerings.

That increase in price has been applied elsewhere. Those mechanical changes, bump in outright performance and tweaked suspension are edits which, we feel, those looking to buy an Alpine would rather instead of a new central screen, for instance. 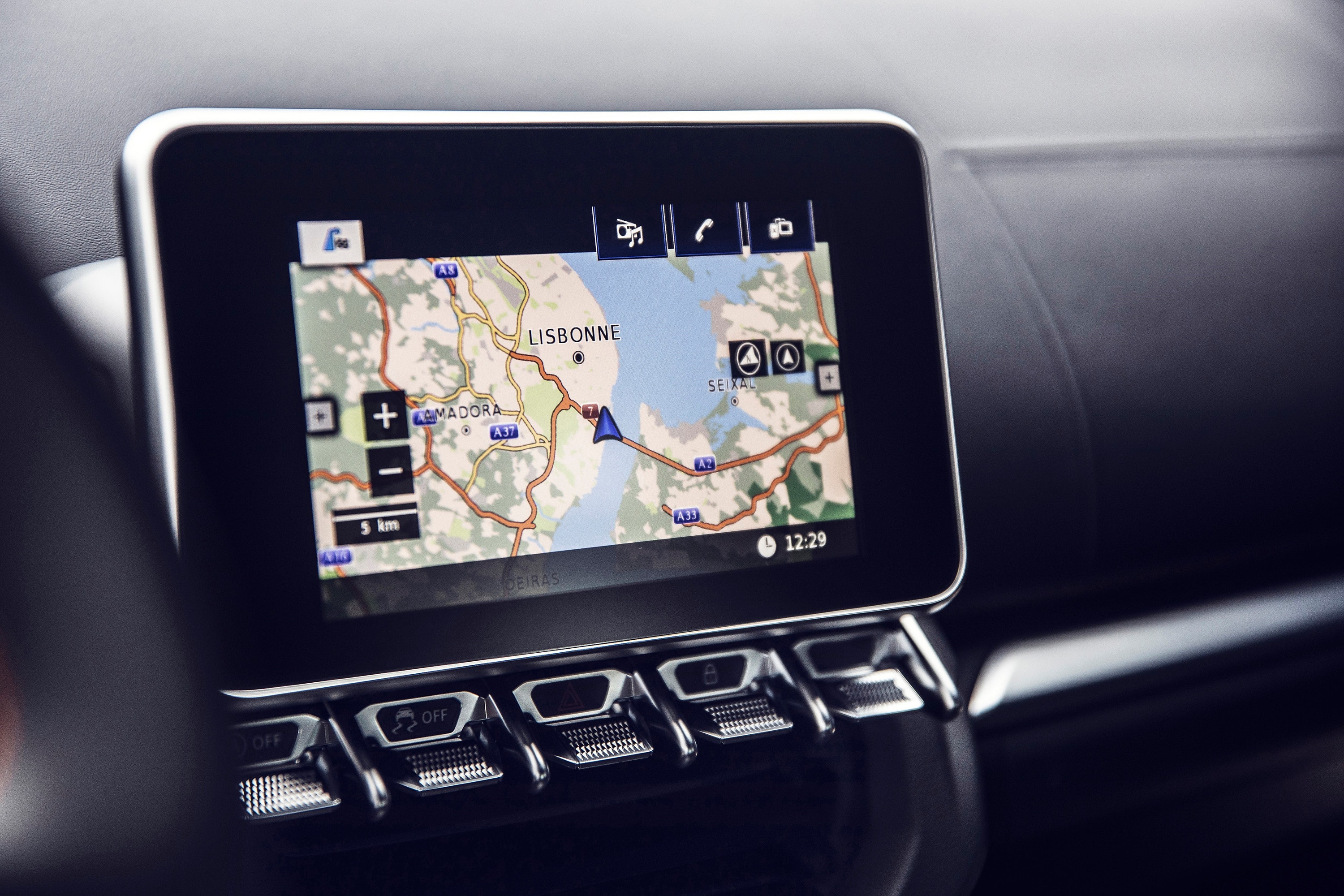 Alpine needed to top off its A110 range in fine fashion and, with the S, it has. The tweaks to the suspension and that increase in punch have given the A110 a little more edge and more confidence at higher speeds too. It’s not to say that those buying the base A110 will now have bought the ‘wrong’ version – far from it – but if you’re after an even more involving version of the French two-seater, then the S remains a compelling offering.