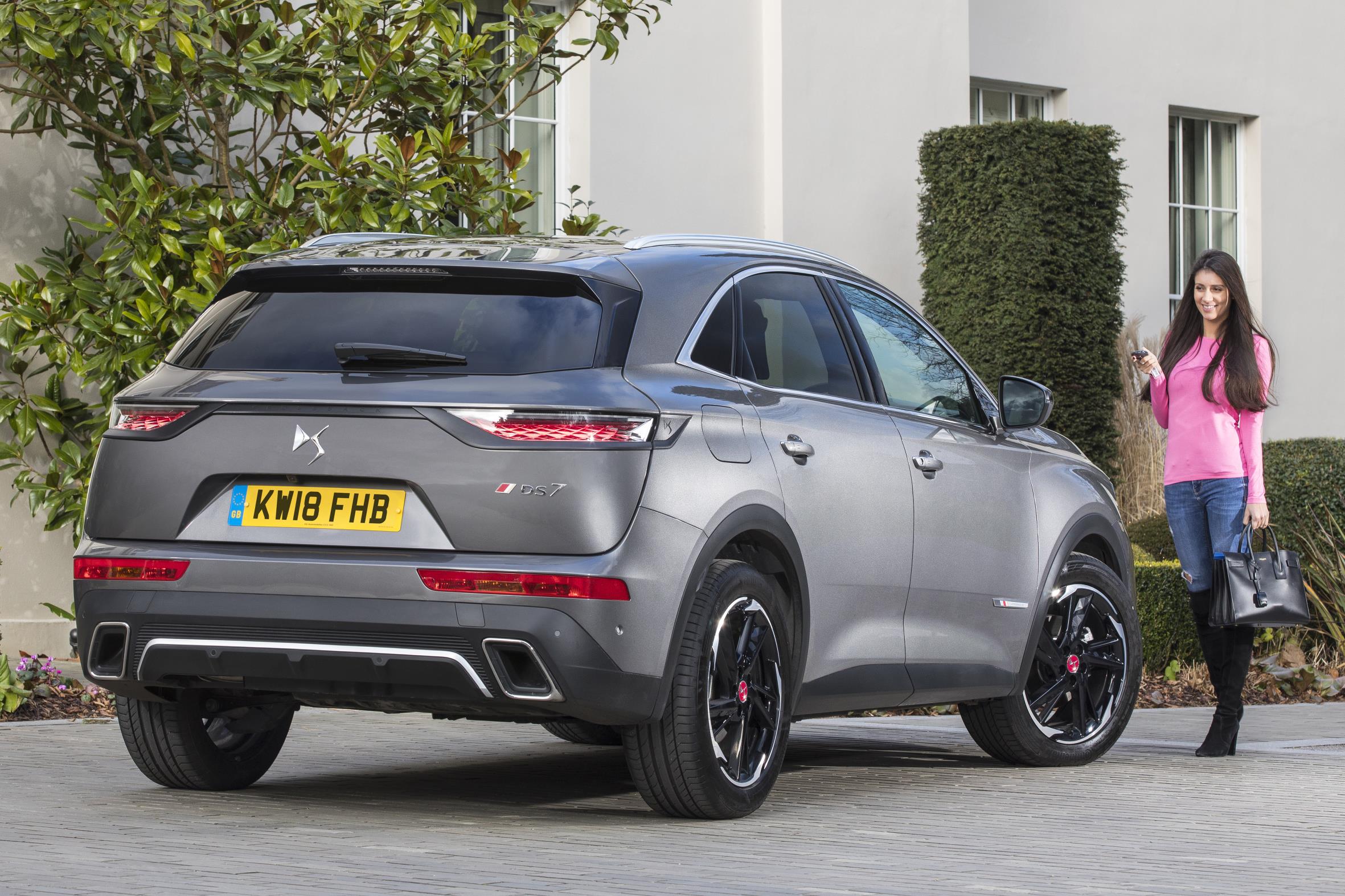 The DS7 Crossback is a desirable high end car, carry on reading to find out more about this French Luxury Vehicle...

Readers of a certain age will likely conjour evocative images of gorgeous French luxury cars when DS is discussed. However, Citroen’s premium arm hasn’t had the best of it in recent years, making some highly disappointing variations of existing Citroen models that failed to be desirable high-end cars – the DS 4 Crossback being the prime example.

However, DS has given itself a kick up the backside and introduced its very own car in the form of the DS 7 Crossback, a sophisticated-looking SUV that has the looks to start to turn around the firm’s reputation. 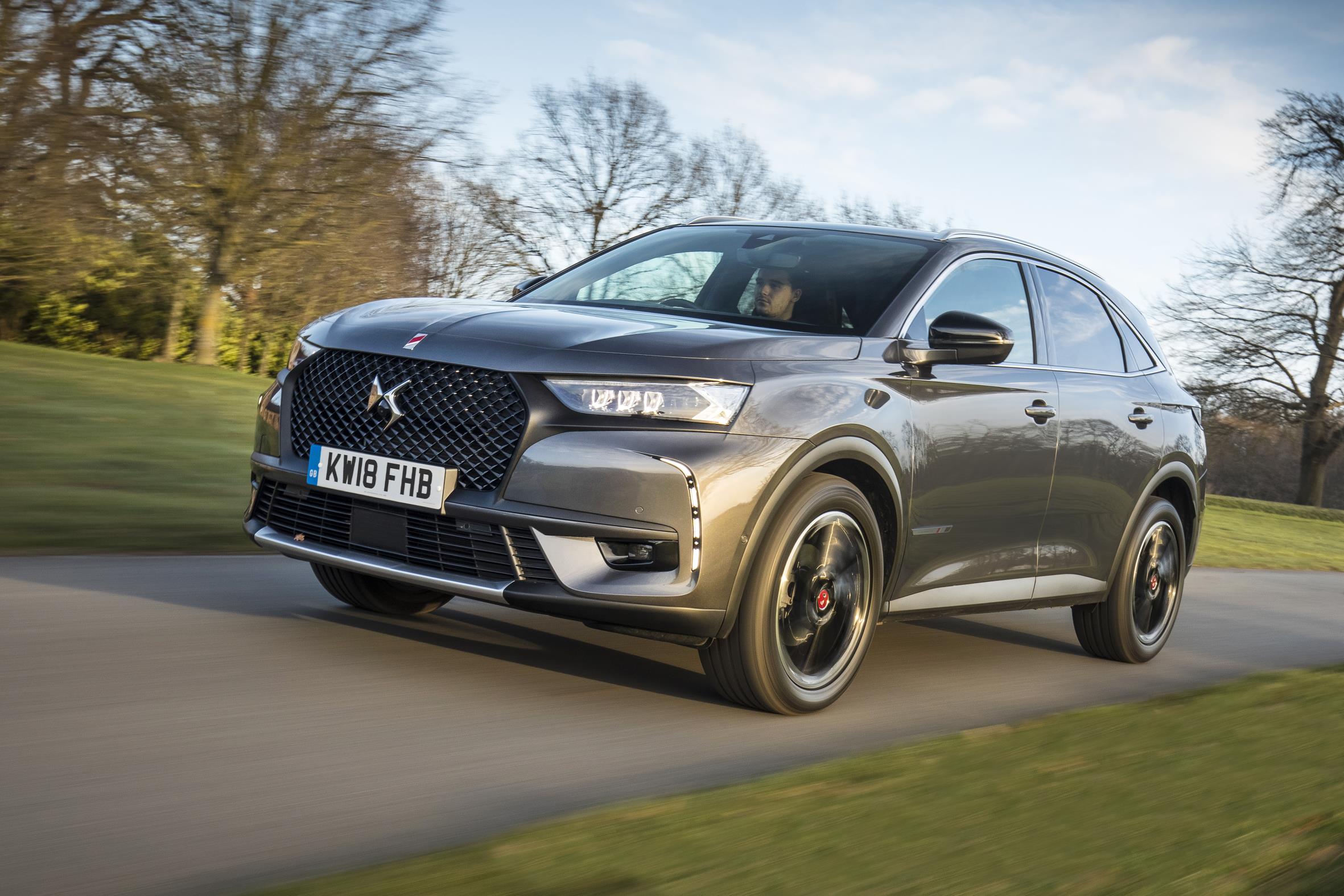 This is the first model built by DS from the ground up, so while it shares some parts behind the scenes from its Groupe PSA relations, it looks like nothing else. This has been key for DS, if it wants to define itself as a separate entity from Citroen and grow its own premium appeal.

It’s also got some trick headlight technology, with LED units that swivel open when the car is turned on, while some of the most respected craftspeople in France were consulted for the interior trim. DS was particularly proud to have the largest wood surface in any car on sale at launch.

There’s a decent selection of engines depending on your needs, with petrol, petrol-electric hybrid, and diesel all available – though none are particularly enticing, all offering compromises.

The more powerful diesel is probably the pick of the bunch though, offering plenty of mid-range shove to make motorway overtakes and general driving a breeze, but it can be quite rattly at idle. The smaller diesel works well around town, but struggles more at higher speeds.

Meanwhile, the petrol needs to be worked to get the most out of it, so if you find yourself in higher revs often, running costs could be high. The plug-in hybrid model could be the most economical if you can recharge it, being a delight to drive in EV mode, but when the engine kicks in it’s noisy and coarse with a hesitant gearbox.

Overall the DS 7 Crossback is great to drive. Around town it can feel quite big, but because you’re sat high, visibility is decent, while it feels more comfortable settling into mile-munching motorway drives, particularly with the more powerful diesel under the bonnet. 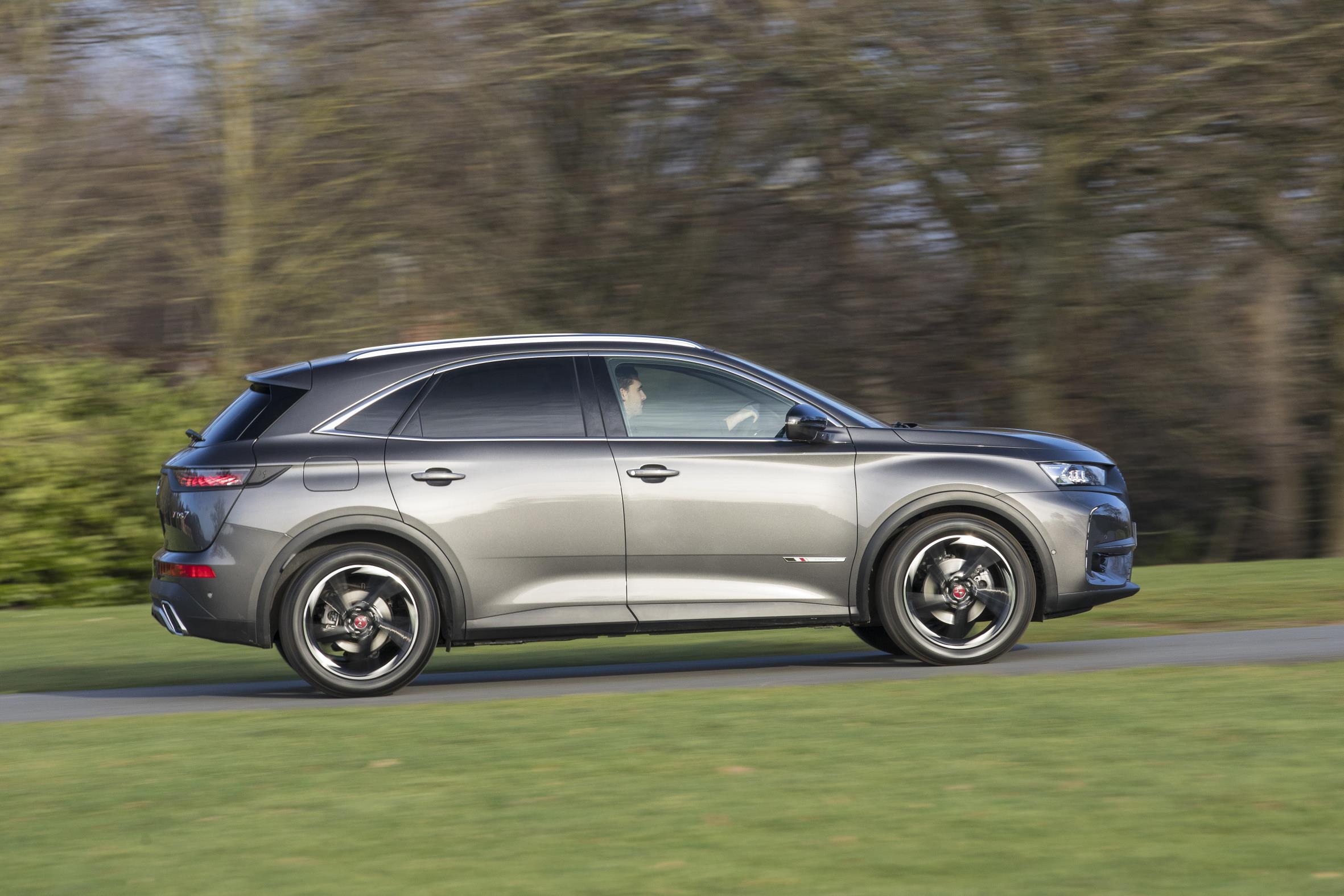 Its comfortable ride does make it feel a little rolly in corners though, so if you’re regularly driving on a winding country road you might find it far from confidence inspiring. If this is important to you, an Audi Q5 or Mazda CX-5 might be better-suited, but on the other hand, the DS manages to trouble the best in class for comfort.

One area DS has never had trouble is with styling its cars. While many SUVs where a very similar silhouette, the DS 7 Crossback manages to cut a unique look. The front end is definitely its best angle, with a prominent, sharply styled grille and thin LED running lights exaggerating its width. 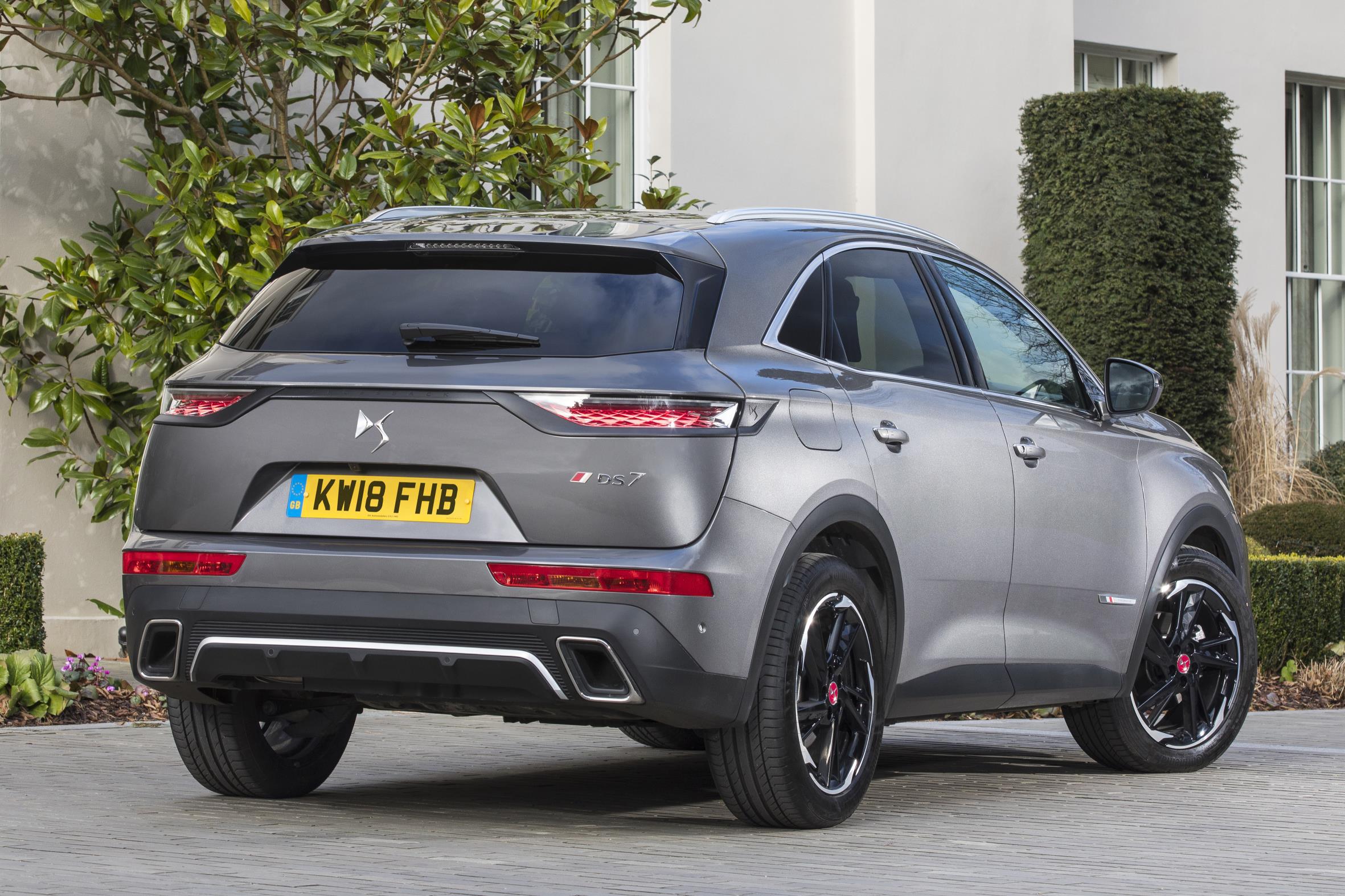 The rear is less elegant, looking a bit more slab-like with fewer discerning design features, but it’s still great to look at – particularly because the rear lights feature a unique 3D design that never stops being entertaining.

Again, the DS features a really unique design, this time inside. There are angular switches and plenty more angles throughout. The switches are aluminium-looking and feel solid and satisfying to use. Meanwhile the infotainment screen is large, clear and relatively easy to use, but does suffer from the same PSA Group issue of having too many features hidden within menus, while loading between screens takes a touch too long. 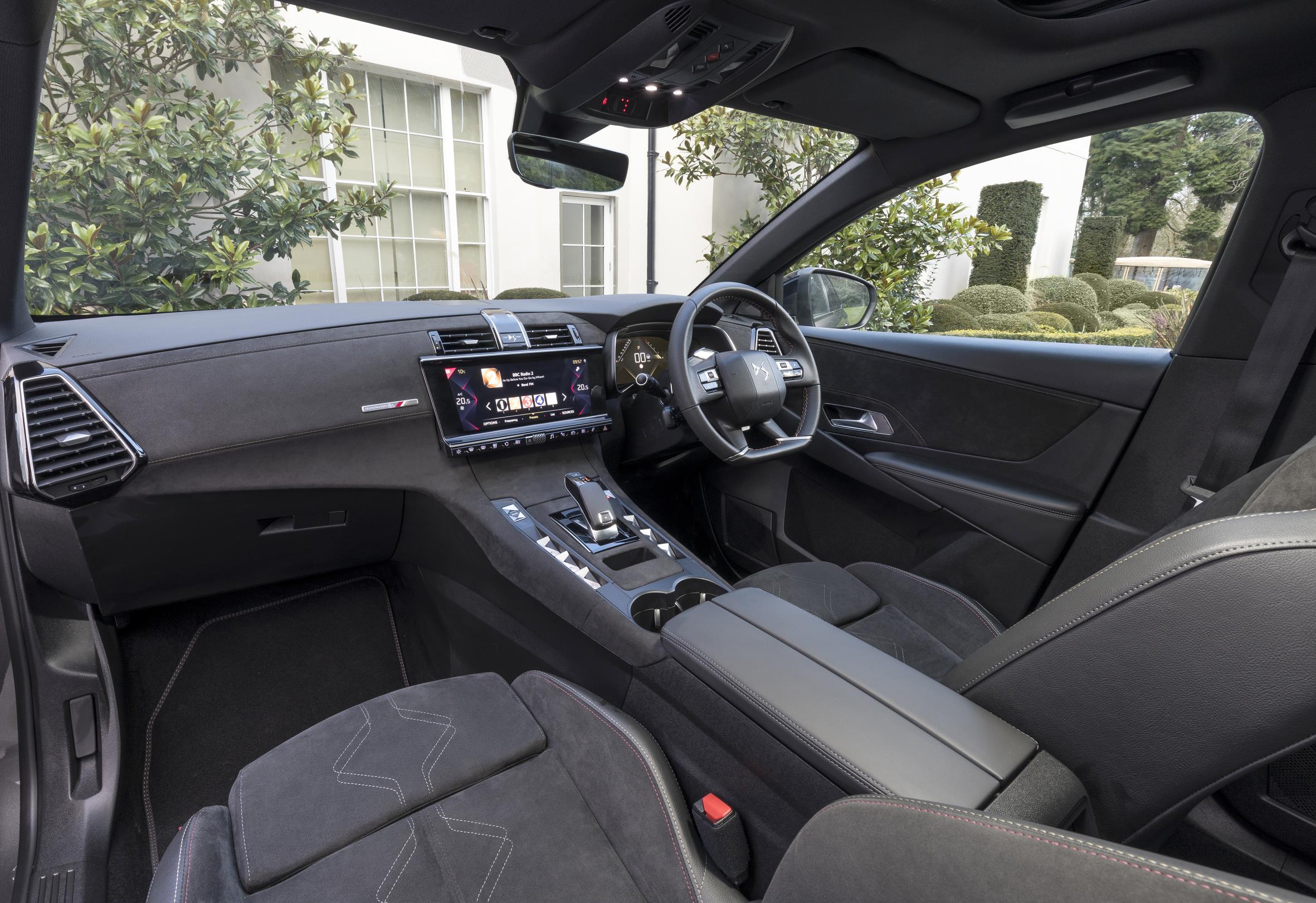 There’s also some nice materials used throughout, but the reality is that some look better than they feel, which takes some of the shine off the premium appeal.

Entry level models still look great, featuring 18-inch alloy wheels and the 3D light design, with the only real drawback being that you don’t get the large central touchscreen, instead getting an eight-inch unit.

Step up to Performance Line and you get a new alloy wheel design, LED headlights, that upgraded infotainment system, and new drive modes. There’s also the firm’s clever active scan suspension on automatic models, which scans the road ahead and adapts the ride for the road surface.

The DS 7 Crossback provides an intriguing proposition in the mid-sized SUV market. It’s got unique styling and some impressive equipment levels at the top end, with some clever stand out tech.

It’s also very comfortable, but with some coarse engines and an interior that’s good but still lagging some way behind rivals, it’s more of a left-field choice, for those who want something more interesting than the latest identikit offering from the VW Group.